Vanquishing Their Demon: Have the Bills Finally Mastered How to Beat the Chiefs? | The Analyst 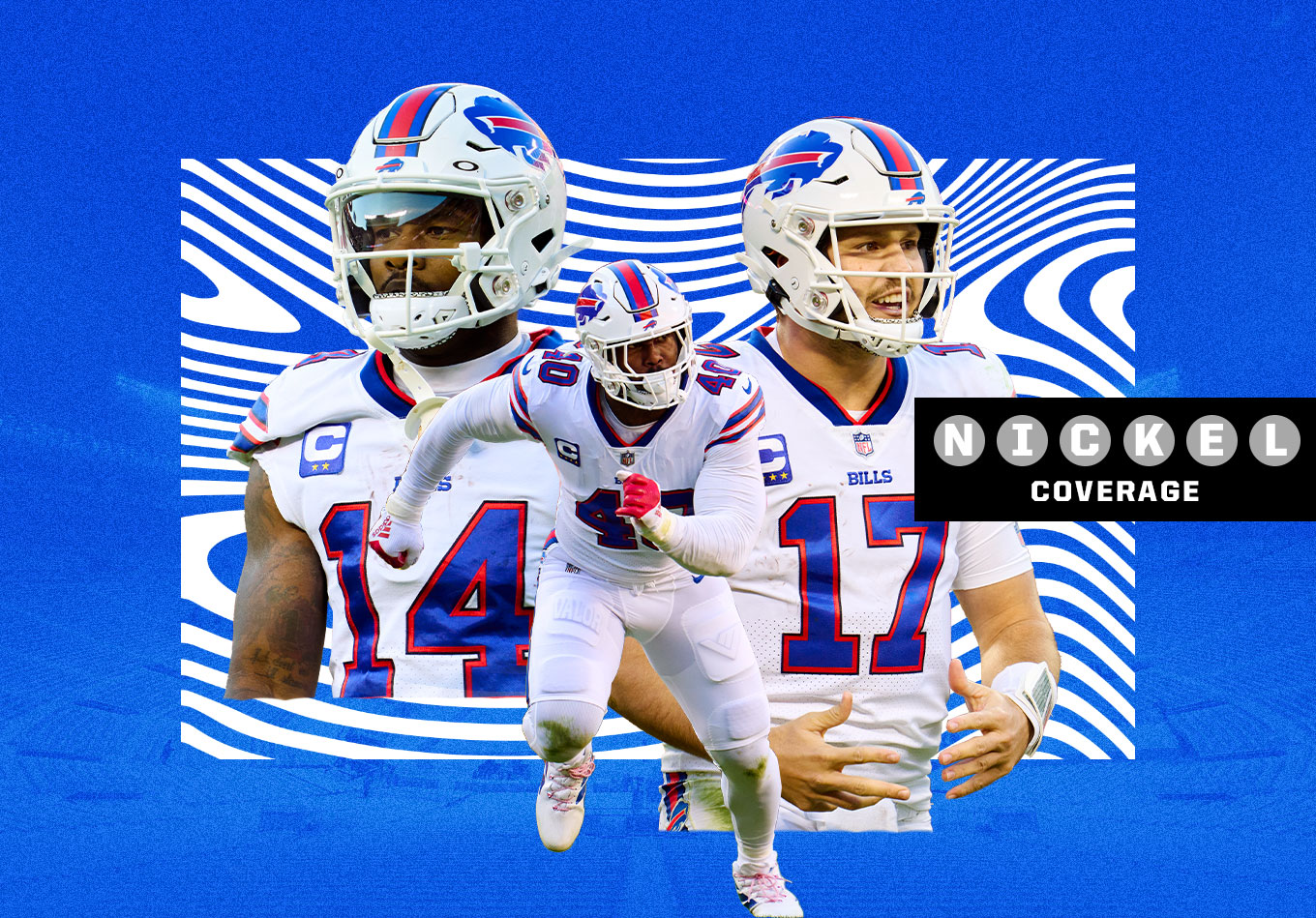 Vanquishing Their Demon: Have the Bills Finally Mastered How to Beat the Chiefs?

Last season, the Buffalo Bills looked to have cracked the code of how to topple the Kansas City Chiefs.

The Bills beat the Chiefs 38-20 in Arrowhead Stadium in Week 5 of 2021, averaging 8.1 yards per play to Kansas City’s 5.0, frustrating Patrick Mahomes and intercepting him twice in a display that suggested the balance of power in the AFC was about to shift.

Yet it proved a false dawn, with the Bills unable to contain Mahomes in the AFC divisional round of the playoffs and famously failing to prevent him leading the Chiefs down the field in 13 seconds for a game-tying field goal that forced overtime in arguably the best playoff game in NFL history.

While that game confirmed Josh Allen (329 passing yards and four touchdowns) as existing on Mahomes’ level among the NFL elite at quarterback, it also was an irritating illustration of the Bills’ lack of closers on defense.

Though Buffalo can get out of the contract much earlier, the length of the deal handed to Miller raised eyebrows, with the Bills making a substantial bet on the veteran who played a critical role in the Los Angeles Rams’ Super Bowl run following his mid-season trade from the Denver Broncos.

However, few are likely to be questioning his deal in the wake of his performance on Sunday. Just over a year after their win at Arrowhead last season, Miller helped the Bills repeat the feat in a performance that will substantially boost hope they have a formula to defeat Kansas City in the postseason.

On offense, the Bills leaned on one of the most devastating quarterback-wide receiver connections in the NFL.

Allen targeted Stefon Diggs 13 times in the Bills’ 24-20 win, hooking up with the former Minnesota Viking on 10 occasions. Diggs finished with 148 receiving yards and a touchdown.

Though not all of his targets resulted in a completion, Diggs delivered reinforcement (not that it was needed) of his status as one the game’s top separation artists. He registered a burn, which is when a receiver wins his matchup on a play where he is targeted, on 12 of those 13 targets.

Only Tyler Boyd (six targets) and Juju Smith-Schuster (five), the lone two wideouts with 100.0% burn rates among those with five targets, fared better than Diggs in that sense in Week 6.

The volume Diggs receives as Allen’s top target and the consistency he shows in creating separation makes for a frightening combination for defenses. Diggs proved too much for the Chiefs on the Bills’ go-ahead drive when Allen found him for two first-down receptions, including one that set Buffalo up at the Kansas City 28-yard line.

With the Chiefs running a two-high safety zone coverage, Diggs displayed his route-running acumen by attacking the leverage of cornerback Jaylen Watson at the top of his downfield route to buy himself critical extra cushion as he settled in the soft spot in the zone before making a superb adjustment at the catch point.

Allen created extra time for himself by subtly shuffling to his left as Carlos Dunlap pushed the pocket, hanging in there and delivering a high-velocity ball that was further in front of Diggs than intended due to the interior rush from Chris Jones reducing his throwing platform. Diggs put his body on the line by laying out for the ball and survived the contact from Watson and safety Juan Thornhill.

Three plays later, after Allen had remarkably hurdled a defender on a 16-yard rush, he found Dawson Knox on a superbly accurate throw to the the end zone to put the Bills ahead for good. Knox, though, deserves credit for the manner in which he worked his way back to the ball at the end of his corner route.

That drive came after Miller had forced the Chiefs off the field with a third-down sack of Mahomes, showcasing his still impressive physical flexibility and his motor to work his way around the corner and past right tackle Andrew Wylie to bring down the quarterback.

And Miller played a critical role in the game-clinching interception that followed on the subsequent drive.

Given Mahomes’ exploits in last year’s playoff matchup, 64 seconds appeared to be plenty of time for him to drive the Chiefs down the field for a game-winning touchdown following Knox’s score.

Miller, though, provided the finishing touch the Bills lacked in the postseason, winning inside with his lateral quickness to get pressure through the B gap and forcing Mahomes into a late throw to Skyy Moore on a crossing route that corner Taron Johnson read all the way. Johnson broke down from his position in the Bills’ zone coverage to intercept the pass and end the game.

While the Bills only improved their sack total from the divisional round shootout by one, Miller’s ability to frequently dominate his pass rush matchups at this point in his career had a direct influence on Buffalo knocking off their biggest challenger for the top seed in the AFC and the team most expect it to face again in the conference title game.

The rapport between Allen and Diggs, along with the big-play production of Gabe Davis – who followed up his stunning two-touchdown effort against the Pittsburgh Steelers with a 34-yard touchdown reception. Davis leads the league in burn yards per target among receivers with at least 20 targets (16.98) and should ensure the Bills will continue to boast an explosive passing game few in the NFL can rival.

If Miller can supplement that by serving as the closer on a defense that has Pro Bowl talent at every level, the Bills may finally have the recipe to land the knockout blow against the Chiefs when it matters most.