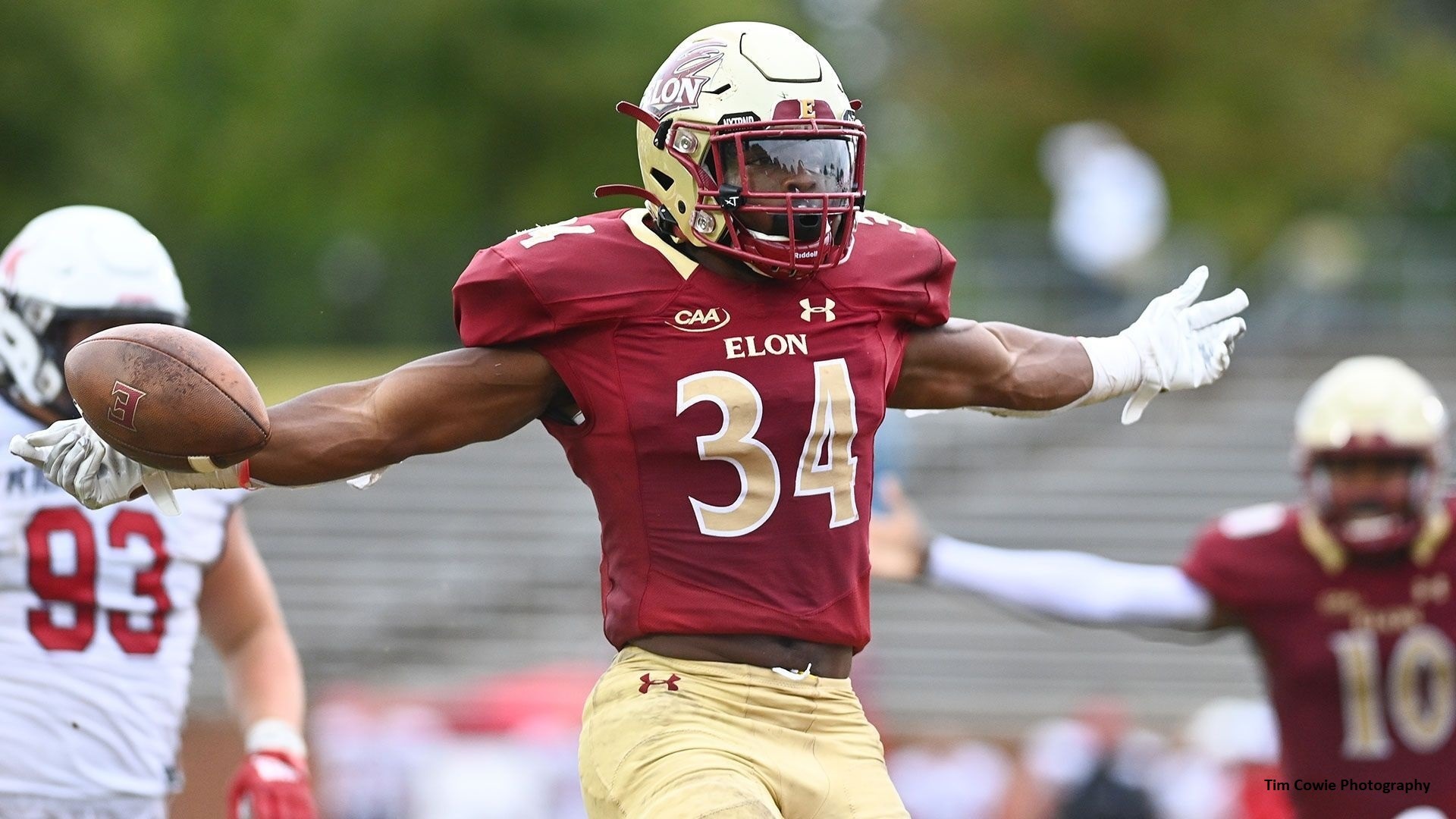 It was Statement Saturday in FCS college football.

Whether playing in or out of conference, some teams’ performances stood out as the calendar turned to October and the importance of games grew.

Highlighting some of the bigger statements, the following are 10 takeaways from the Week 5 action:

Nine is Devine in CAA

While You Were Sleeping … Montana State’s Chambers Goes Wild

Fourth-ranked Montana State and UC Davis went deep into the night, which made sense because the visiting Aggies were going to be restless anyway after Bobcats quarterback Sean Chambers picked them apart for 430 yards of total offense and five touchdowns in a 41-24 Big Sky victory. Although he’s the FCS’ leading scorer, the Wyoming transfer was making just his first start of the season (Tommy Mellott is sidelined by a head injury). Chambers carried the ball 18 times for 203 yards and three TDs, and completed 13 of 21 passes for 227 yards and two TDs. He has rushed for 12 touchdowns and passed for five more this season.

It wasn’t that long ago Missouri State was 2-0 and leading in the fourth quarter at Arkansas, on the verge of posting a major college football upset. However, the Bears, ranked No. 5 in the preseason, have dropped three straight games following a 48-31 loss at North Dakota in the MVFC. Their defense was beat up once again with UND racking up 515 yards. Coach Bobby Petrino’s squad basically is stepping into the playoffs a month or two earlier than expected as it hosts Southern Illinois next Saturday and then, following a bye, travels to UNI on Oct. 22. At least a split of those two difficult games is a must to keep alive the chance for a third straight trip to the FCS playoffs.

Villanova may not want to meet up with No. 10 Holy Cross in the FCS playoffs. The three-time defending Patriot League champion Crusaders aren’t just 5-0 this season, they have avenged two of their three losses last season – Merrimack and Harvard before the final one occurred at ‘Nova in the postseason. The Crusaders’ 30-21 win over Harvard was their fourth on the road this season and fueled by quarterback Matthew Sluka’s 363 yards of total offense and three total touchdowns (two passing, one rushing). Under coach Bob Chesney, they’re 5-0 for the first time since 1991, when they went 11-0.

It appears the Southern Conference will have a different champion for the fourth consecutive season, and its three nationally ranked teams all went on the road to post wins and climb to 2-0 in the standings: No. 12 Chattanooga scored three fourth-quarter touchdowns to rally past defending champ ETSU 24-16; No. 14 Mercer routed Wofford 42-7 (Devron Harper second straight game with three TDs); and No. 16 Samford beat Furman 34-27. All three teams have 4-1 overall records with only an FBS loss.

Stock Up: Even during Jackson State’s bye week, it seems the national attention in the SWAC is on the Tigers and coach Deion Sanders, but the team they defeated in the conference’s 2021 championship game, Prairie View A&M, has quietly jumped to 3-0 in the West Division following a 34-14 win over Grambling State at the State Fair Classic in Dallas’ Cotton Bowl. The Panthers, under first-year coach Bubba McDowell, have surrendered just 240.7 yards per conference game. They will play at home against Southern and Alcorn State, who were picked above them in th SWAC’s preseason poll, and have easier crossover games against Bethune-Cookman and Mississippi Valley State.

Stock Down: Murray State was expected to contend for the Ohio Valley Conference title, but that may have realistically ended with a loss to Eastern Illinois last weekend. The Racers’ 48-14 defeat at Southeastern Louisiana this weekend dropped them to 0-5 by a combined 211-48. In fact, they’re 6-12 since beginning coach Dean Hood’s first season in spring 2021 with a 5-0 start.

The number of days between Stonehill’s second and third games – 21 – was one more than the points it allowed Duquesne while winning its inaugural Northeast Conference game 24-20. The Skyhawks (3-0) hadn’t played since Sept. 10, when they defeated a second consecutive Division II opponent to open their first FCS season. Against Duquesne, running back Jermaine Corbett carried the ball 26 times for 130 yards and caught three passes for 63 yards, including a 50-yard, game-winning touchdown from Ashur Carraha early in fourth quarter.

Big South teams were off to a slow start this season, but the conference had its most impressive results to date in Campbell’s 48-18 pounding of previously unbeaten North Carolina Central and North Carolina A&T’s 24-13 win over Bryant in the first conference game. As Campbell opened a three-game homestand, Bryant Barr rushed for a career-high 135 yards and a touchdown. When the Camels (2-2) go back on the road, they’re have a brutal stretch of defending SWAC champion Jackson State and then N.C. A&T and Bryant. N.C. A&T has found more of a rhythm with Jalen Fowler at quarterback, running back Bhayshui Tuten is an emerging star (four straight 100-yard games) and the linebackers are keeping the defense strong.

The first set of ASUN-WAC Challenge power rankings is expected to be released this week. The automatic playoff bid could come down to a metric that is based on: 70% win percentage, 15% of an opponents’ win percentage and 15% on the opponents’ opponents win percentage.

Talk about fantastic finishes: Northwestern State rallied past rival Nicholls 36-33 with 15 points in the final 1:34. Wide receiver Javon Antonio caught a 27-yard touchdown from Zachary Clement, the Demons recovered an onside kick and then Antonio hauled in a go-ahead three-yard scoring pass with nine seconds to go and added a two-point conversion. … Top-ranked North Dakota State beat Youngstown State 27-14 for its 13th straight home win. Fullback Hunter Luepke impressed with 106 scrimmage yards and two touchdown runs, as did YSU running back Jaleel McLaughlin with 193 scrimmage yards and a TD catch. … Geno Hess rushed for a career-high 276 yards and four touchdowns in No. 24 Southeast Missouri’s 49-28 win over Lindenwood. Hess set the SEMO records for career TDs (39) and rushing TDs (37). … UIW signal caller Lindsey Scott Jr. accounted for seven touchdowns (four passing, three rushing) in the No. 11 Cardinals’ 48-20 win over McNeese in the Southland. In addition, linebacker Kelechi Anyalebechi became the school’s all-time tacklers leader (225). … In the 96th and perhaps final “Battle of the Piney Woods,” FBS-bound Sam Houston edged Stephen F. Austin 17-16 for its 11th straight win in the series. Dezmon Jackson’s one-yard touchdown run and the subsequent PAT with 35 seconds left provided the Bearkats (2-2) with their first lead of the game. … Jaaron Hayek caught four touchdowns from Connor Watkins as No. 14 Villanova won at Maine 45-20 in the CAA. … Jonathan Murphy’s 39 carries in Kennesaw State’s 35-28 overtime loss at Jacksonville State were the most by an FCS quarterback since Mercer’s John Russ had 41 against Samford on Nov. 12, 2016. Murphy rushed for 134 yards and three TDs. … Morehead State’s Jihad McCall notched his fourth blocked punt of the season in a 14-10 win over Presbyterian in the Pioneer Football League. The Eagles have six blocked kicks overall. … Hurricane Ian kept Stetson from traveling to San Diego. Their PFL game was canceled. … Western Carolina beat VMI 38-17 to present second-year coach Kerwin Bell his 100th collegiate win. He’s 100-50 in 14 seasons, having also coached at Jacksonville and Valdosta State. … Portland State opened up the playbook more for sophomore quarterback Dante Chachere, and he accounted for 402 yards of total offense and five touchdowns in the Vikings’ first win, 35-27 over Northern Arizona in the Big Sky. … Tennessee State (0-4) dropped the John Merritt Classic to Division II Lane 28-27 in overtime. … Abilene Christian beat Utah Tech 26-10 to improve to 4-1, its best start since it was a D-II member in 2011. Jermiah Dobbins rushed for 130 yards and three touchdowns, and Tory Hargrove had three sacks. While the Wildcats’ schedule hasn’t been strong, it will be much tougher the rest of the season. … William & Mary’s Ethan Chang set a school record and matched the FCS season high with a 57-yard field goal in a 27-10 win over Stony Brook. … Cal Poly and the family of alumnus and NFL Hall of Fame coach and commentator John Madden announced the John Madden Football Center, a $30 million, 30,000-square-foot headquarters for the Big Sky school’s football program. To be built beyond the south end zone at Alex G. Spanos Stadium, it is scheduled to be opened in 2024.