Will Cody Gakpo Be the Next Top-Level Attacker to Come out of the Eredivisie? | The Analyst 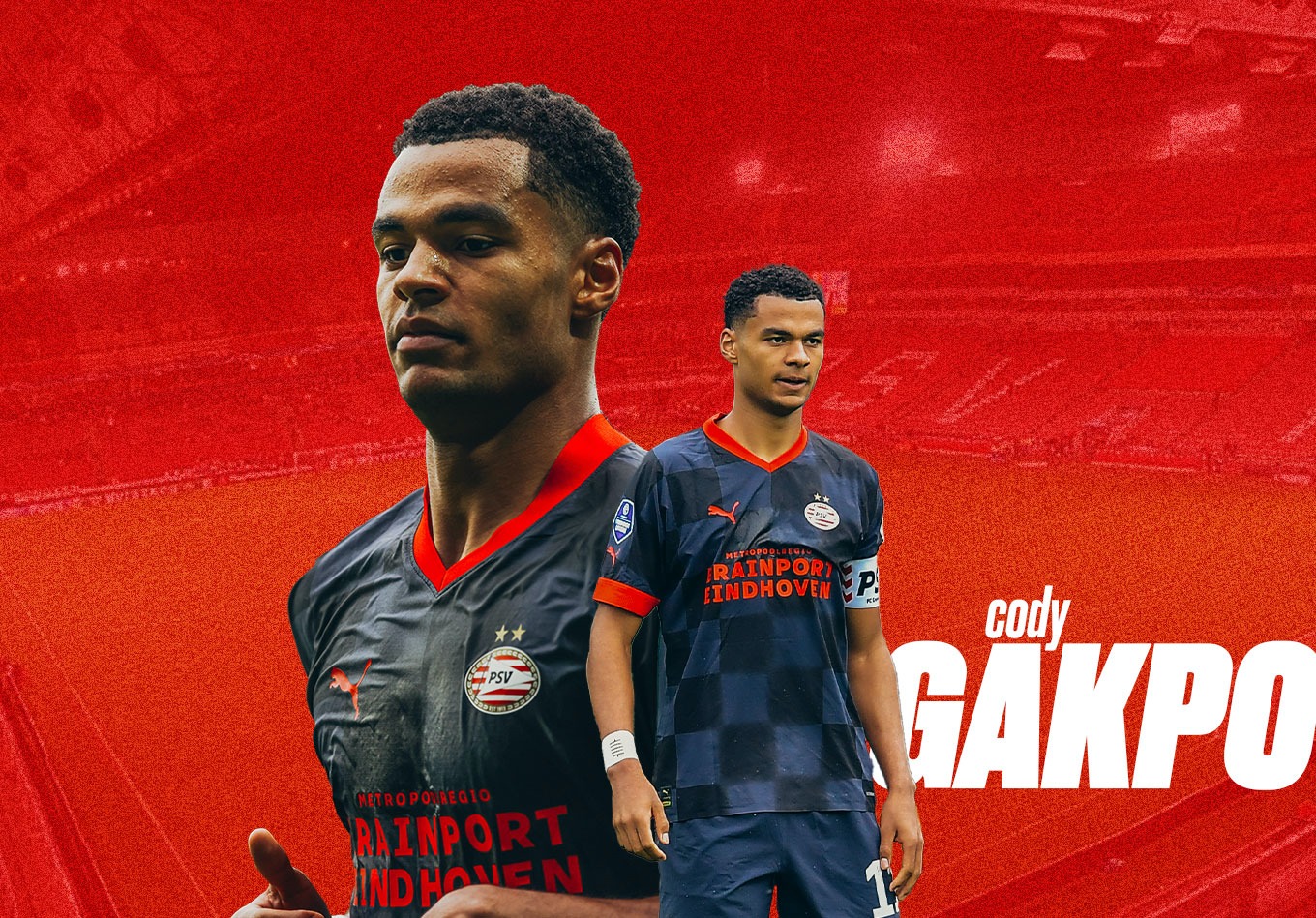 Will Cody Gakpo Be the Next Top-Level Attacker to Come out of the Eredivisie?

The Eredivisie has been home to numerous young high-end talents over the years. Those of a certain age group will have fond memories of Ronaldo Luís Nazário de Lima scoring goals for fun with PSV Eindhoven in the mid 1990s, as well as Patrick Kluivert and several of the burgeoning stars which helped make up the legendary 1995 Ajax side. The 2000s had the likes of Zlatan Ibrahimović and Luis Suárez, with both eventually becoming two of the best players of their generation. The past few years has seen several top-notch young attackers ply their trade in the Netherlands, with Dutch football rebounding after some leaner years earlier in the 2010s.

It’s too early to know if Cody Gakpo will have a similar level of success those players went on to have in their prime years, but the early returns are certainly promising. His rise has been one of a largely linear nature. He’s been a solid player once he started getting regular minutes for PSV Eindhoven in the COVID-shortened 2019-20 season, and he’s gone from strength to strength with an impressive 2021-22 season in which he led the league in non-penalty goals and assists per 90 minutes at 1.09 among all players with at least 30 minutes played per team game.

The production has skyrocketed to an astronomical level so far this season, averaging 1.68 non-penalty goals and assists per 90 in 2022-23. Only Erling Haaland has bettered that pace among the traditional big five leagues as well as the Portuguese Primeira Liga and the Eredivisie. This isn’t to say that Gakpo belongs on such a pedestal despite those gaudy numbers. He’s an exciting player whose ceiling in attack isn’t as clear cut as perhaps the individual goal output would indicate.

Gakpo is a fascinating talent in part because he’s considerably taller than the average winger at roughly 6-foot-2. Attacking players close to that height are more likely to be someone who’d constantly occupy the opposition backline, try to maneuver on the blindside of the defenders, and make their money as a penalty box threat. That’s not really Gakpo’s game. Rather, he prefers to receive and drive at them. This isn’t to say that he doesn’t attempt to make any runs in behind. When possession is circulated towards the flanks in the final third, you’ll sometimes see him gesture for a ground pass into the wide zones of the 18-yard area. He’ll also mix in some out-to-in diagonal runs, particularly against an unsettled defence.

The end result is a shot map that’s decent but more death by a thousand cuts than ruthlessly looking for high-quality shots. Gakpo’s off-ball tendencies and being prone to taking his fair share of contested shots when cutting inside depresses his xG per shot. In his favor as a shot taker is that he’s able to quickly fire without much of a backlift, which could partly explain how he’s considerably outpaced his expected goal tally. We still don’t have enough of a sample to have strong confidence in him being an above-average finisher. Even if we did, it likely wouldn’t be sustained at quite this level:

Gakpo’s constant scanning to find breathing room in the left halfspace makes him a threat to receive in the interior. From there, he’s able to leverage his ability to absorb contact and still maintain possession before attempting the next action, whether it be a quick combination play or trying to carry further forward himself. His strength gives him a bit of room for error even if the first touch initially gets away. For a big man, he’s got quick feet so he can receive from deeper and quickly evade multiple opponents. He’s arguably more consistent from around the channel as a ball carrier versus trying to engage with the opponent from a wide starting point. While he possesses pretty good acceleration, it’s not quite elite in static 1v1s to where he can constantly generate separation.

The numbers on what Gakpo’s been able to produce from these situations are very impressive. Since the beginning of the 2021-22 season, no other player in the Eredivisie has generated more total shots for himself or others. He’s also first in combined goals and assists from carries. When Gakpo’s got a full head of steam and can carry into space, it’s been tough for defenders to contain him.

Arguably Gakpo’s best selling point is his ability to create chances in set pieces and open play. He ranked sixth in the Eredivisie in chances created from set play at 1.37 per 90 minutes, and that’s jumped to a ludicrous rate of 3.25 this season which leads the league. The numbers remain strong but slightly less awe-inspiring in open play at 1.98 per 90 (eighth) last season, and 1.89 this season (21st). Gakpo’s got a variety of passes within the final third. He can make short reverse deliveries into the wide zone when teammates make runs, which are the type that can end up leading to secondary chances. As mentioned before, once he gets near the wide zone of the box he has good touch with cutbacks and squaring the ball toward the six-yard area. His most consistent method of creating chances for both open-play and dead-ball situations comes via crossing. The way he lofts the ball into the box is almost reminiscent of a golfer using a pitching wedge. It’s the type of delivery that he consistently utilises which makes him a threat in different game situations.

An example of Gakpo’s touch with his crossing is from the 4-3 victory over Feyenoord last month. Once he collects the ball on the left flank in semi-transition and is preparing to cross, Guus Til recognises and takes advantage of the opposition switching off to get inside position before the ball is expertly lofted into the six-yard area for a goal:

How Good is He?

It’s easy to see why Cody Gakpo has generated so much excitement. His passing touch is very impressive and makes him a constant threat to play teammates in. If given space, he can dribble into it and has good awareness of releasing the ball once he’s attracted the attention of nearby opponents. The inconsistency he has creating space off the dribble from wide does chip away at some of his potential portability, especially since he’ll be going up against better athletes in the top five leagues once he eventually leaves PSV. The off-ball work is promising, and perhaps in a different setup it could become more of a strength. It’s possible he ends up as a net-positive finisher due to how he can strike the ball, but it’s a safer bet to assume he won’t continue to score at his current rate on a similar diet of shots.

We’ve already touched on the incredible individual numbers from Gakpo. That’s influenced by how much PSV’s possession play is funneled towards him in the final third. Only five players in the league have been involved in more attacking sequences from 2021-22 to present:

When looking at primary and secondary chances created during the same timespan, Gakpo is seventh. He gets to soak up a ton of possessions and in doing so, act as a focal point for the team’s attack. It’s also important to note that despite having the ball a ton, PSV are able to generate transition opportunities. They’ve ranked third domestically in total fast breaks and shots from fast breaks last season, and first so far in 2022-23, which plays even more to Gakpo’s strengths.

One of the questions with projecting Gakpo’s ceiling is what his best position will ultimately be. The mild concerns with his explosiveness when trying to beat his marker makes it a bit tougher to project him as a left winger for top sides. Clubs imagining him in that role would likely need to have a system where there’s constantly forward options to amplify his creation. The Dutchman’s size makes it easier to envision him in a central role, playing off a striker or in a No. 10 role where he can find pockets of space in the final third and spam passes into high value spots. He can also occasionally play with his back to goal and that offers an extra option for ball progression. There’s the outside chance he does end up growing into being a lone striker, although it’s more likely his ceiling is more of a 13 goals/13 assists player than 20+ goals.

So where does that leave us? The concerns brought forward are real enough that it’s fair to have at least a bit of skepticism on how good Gakpo could be. Although the sample size is not large, there’s been a clear decline between what he’s produced in league play vs. the Europa League and Europa Conference over the past few seasons, though that’s recovering this season with three goals and two assists through his first four 2022-23 Europa League matches.

It’s clear Gakpo is a talented player. He’s got one of the cleanest crossing techniques in Europe and that’s a big reason why he’s been a chance-creating machine from dead ball situations and open play. The set-piece numbers will likely decline in a new environment and impact his attacking value, although by how much is unknown. The odds are more likely than not his best role on a bigger club would shift him towards being an attacking midfielder or even a second striker so his size and strength are amplified more. That would help in alleviating concerns about his acceleration when dribbling. Further growth with off-ball movement would round off his skillset and make him more resilient against tougher competition. It’s hard to see Cody Gakpo fail at his next stop given what he’s already shown. Whether he can reach absolute stardom will depend on other factors at the individual and team level working out in his favour.