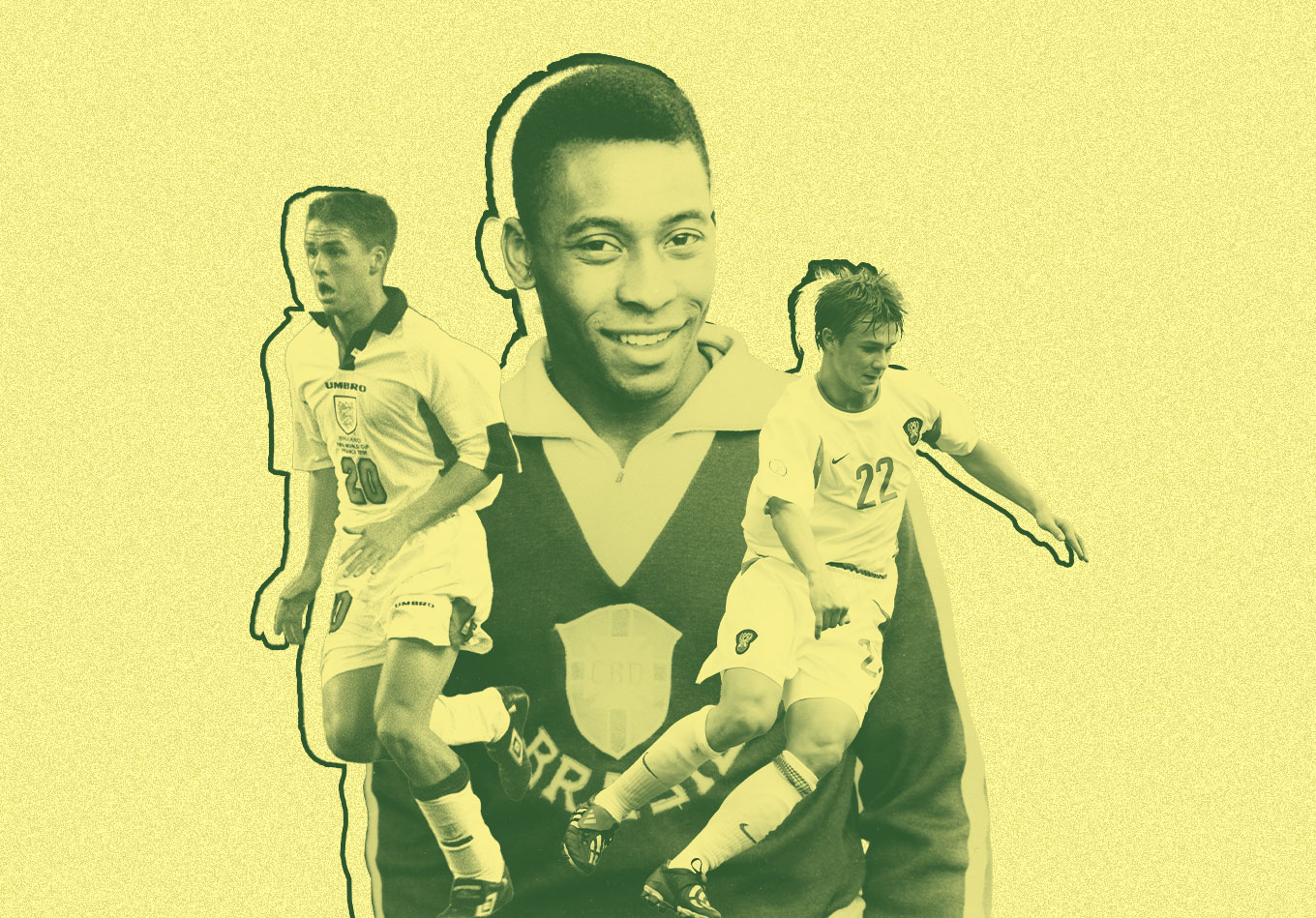 The Youngest Players to Score at a World Cup

Pelé is the youngest player to score at a men’s FIFA World Cup finals. In fact, the Brazilian striker is the only player under the age of 18 to score in a match in tournament history, which is made even more impressive considering he scored six goals on the way to glory with Brazil in the 1958 World Cup. Those are the only six goals scored by a player before turning 18 years old in World Cup history.

His goal in the quarter-final match against Wales came when he was aged just 17 years, 239 days old.

As if scoring six goals as a 17-year-old in his first ever World Cup wasn’t impressive enough, he included a hat-trick in the semi-final against France before adding two more in the final versus Sweden to help his Brazil side win their first ever men’s FIFA World Cup title.

Pelé remains the fifth youngest player to play in a World Cup – that record belongs to Northern Ireland’s former Manchester United midfielder Norman Whiteside, who was 194 days younger than the Brazilian on his debut.

Mexican defender Manuel Rosas is the second youngest goalscorer in a men’s World Cup match, but the age at which he scored it may be different depending on how you look at it.

When aged just 18 years and 93 days old in July 1930, Rosas scored two goals for the Mexicans in their 6-3 defeat to Argentina. Just three days earlier he scored at an even younger age (18 years, 90 days), but it was an own goal in the wrong net for Chile.

If answering a quiz question about World Cup firsts and in doubt, guess Manuel Rosas.

Michael Owen is the third youngest player to score a World Cup goal, and the youngest European, with his strike in England’s group stage game versus Romania in June 1998 coming when he was aged just 18 years, 190 days old.

Former Liverpool, Newcastle and Real Madrid striker Owen remains the only teenager to score for the England men’s national team at a World Cup and, in fact, the only player aged under 22 years old to score at the tournament for the Three Lions.

The 2001 Ballon d’Or winner added another goal at the 1998 World Cup, scoring one of the most memorable England goals in World Cup history in their last 16 meeting with Argentina.

Unfortunately for England and Owen, that game ended in defeat and Owen’s international football quest for more World Cup goals as a teenager ended there.

Romanian forward Nicolae Kovács scored his only goal at a FIFA World Cup in Romania’s 3-1 win over Peru at the 1930 tournament. Kovács would go on to play one more game at the 1930 finals, before a further appearance at both the 1934 tournament and in 1938 without scoring.

With team-mate Constantin Stanciu also scoring for Romania earlier in this match, aged just 19 years and 92 days old, this is the only occasion in World Cup history where two teenagers have scored in the same game.

Dmitry Sychev’s 88th-minute goal for Russia in their 3-2 defeat against Belgium at the 2002 World Cup was the last that Russia scored in the finals in Japan and South Korea – they were eliminated in the group stage.

Sychev was just 18 years and 231 days old when he scored past Geert De Vlieger in the Belgian goal and had earlier come on as a first-half substitute.

Lionel Messi scored his first ever World Cup goal in Argentina’s 6-0 demolition of Serbia and Montenegro at the 2006 World Cup in Germany.

Messi’s 88th minute goal arrived after he came on as a substitute with 15 minutes remaining and put the seal on the six-goal rout of the UEFA nation. The star was only 18 years, 357 days old when he scored past Serbian goalkeeper Dragoslav Jevrić on what was his World Cup debut.

Having assisted Hernán Crespo’s goal only minutes after entering the game from the bench, by the end of his World Cup debut, he’d already been involved in as many goals in 15 minutes on the pitch as he had goals and assists in seven UEFA Champions League appearances for Barcelona (two).

The Youngest Player to Score a World Cup Hat-Trick

Not content with being the youngest scorer in men’s World Cup history, Pelé scored a hat-trick just five days later in Brazil’s semi-final victory over France at the 1958 World Cup.

The Brazilian is the only player under 19 years old to score a hat-trick in the competition’s history (17 years, 244 days old), with the next youngest being Germany’s Edmund Conen (19 years, 198 days) against Belgium in 1934.

The youngest player to score more than three goals in a single men’s World Cup match was Ernst Wilimowski for Poland against Brazil in 1938. He was 21 years and 347 days old when he scored four in a single match, 20 years before Pelé entered the World Cup scene.

The Youngest Player to Score in a World Cup Final

Let me shock you. Pelé also holds the record for the youngest player to score a goal in a men’s World Cup final match.

The Brazilian legend scored twice in Brazil’s 5-2 win over Sweden in the 1958 final, aged just 17 years and 249 days old. This brace meant he ended the tournament with six goals, despite not yet turning 18.

The only other teenager to score in a World Cup final was Kylian Mbappé for France in the 2018 final versus Croatia. Mbappé was just 19 years and 207 days old when scoring in the final in Moscow, which his French team eventually won 4-2. 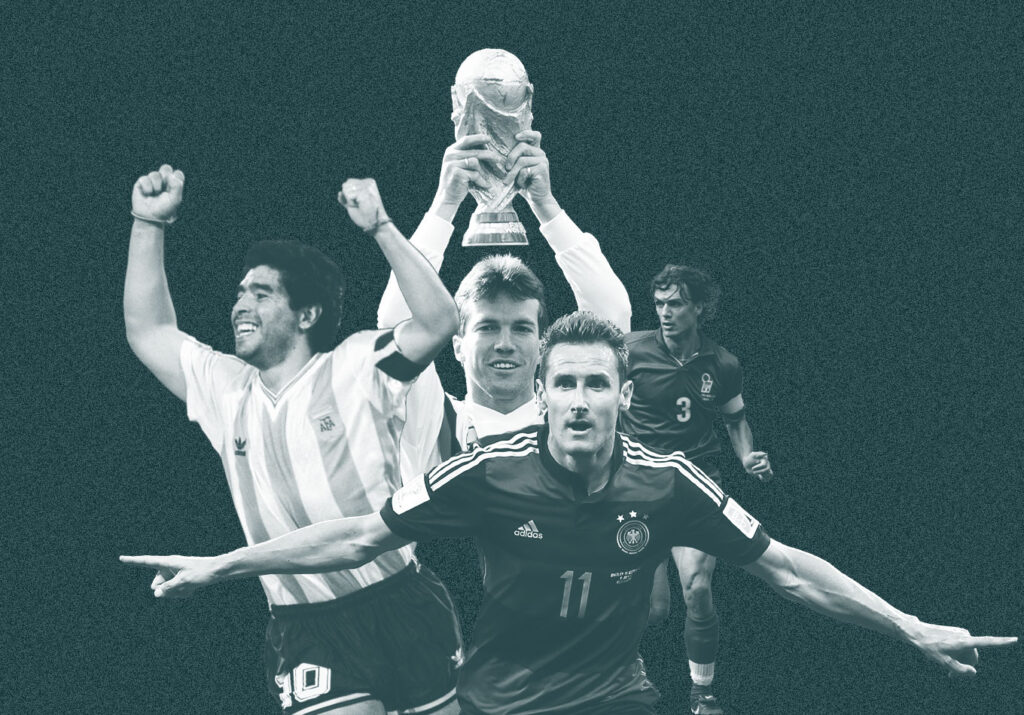 Most World Cup Appearances by a Player 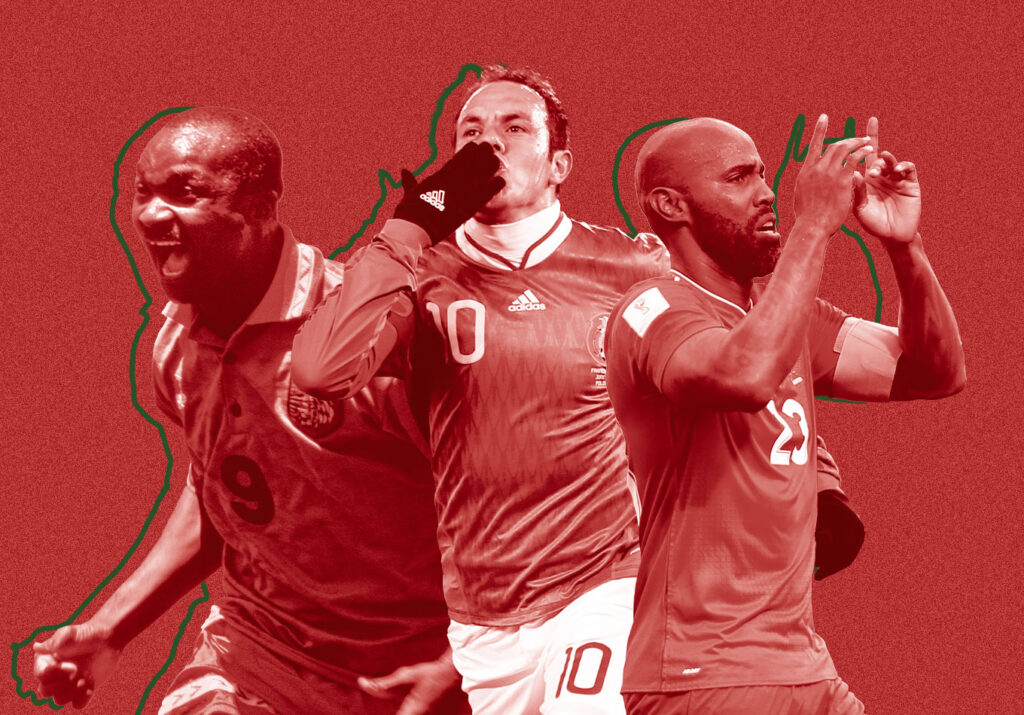 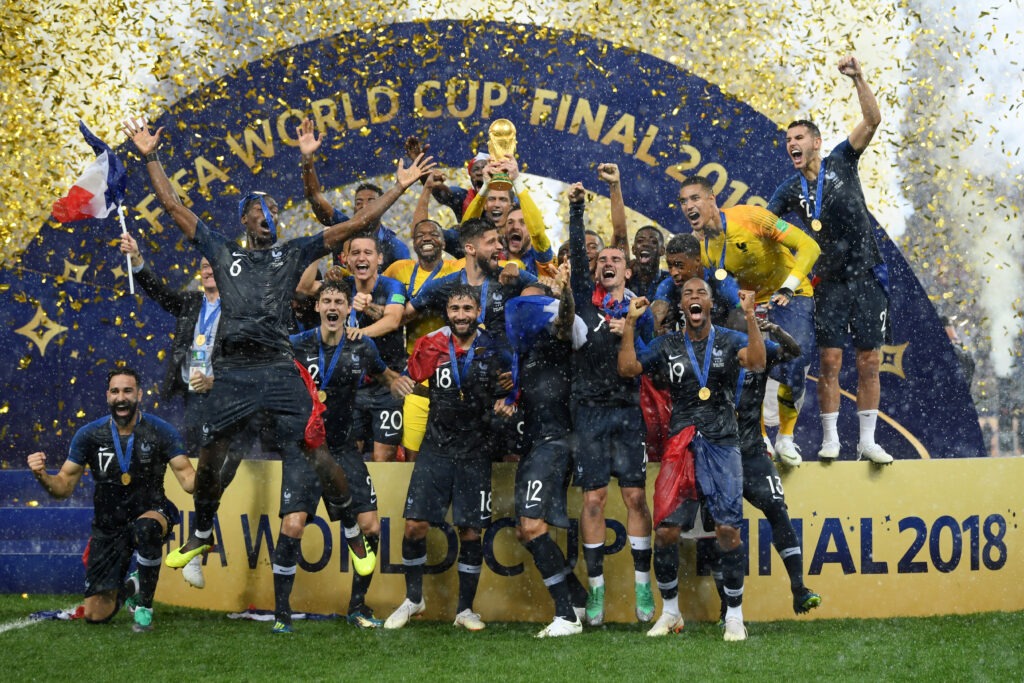 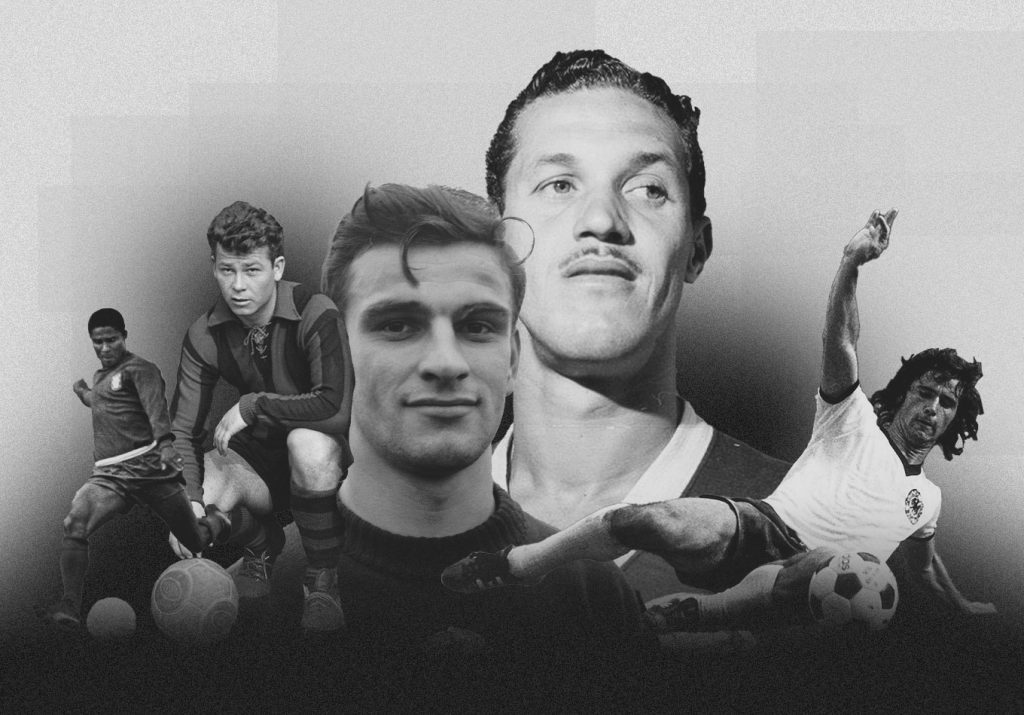