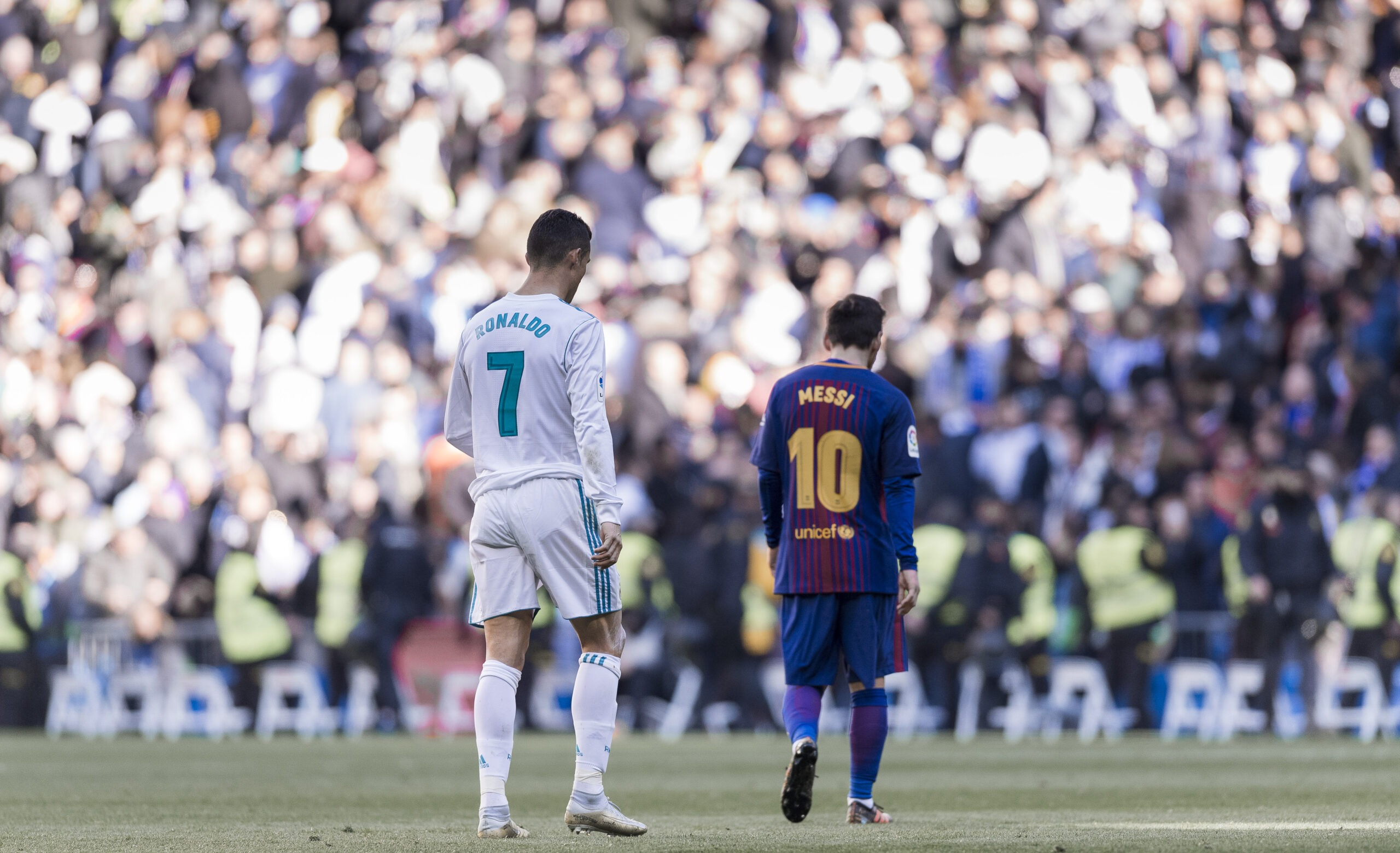 Lionel Messi and Cristiano Ronaldo haven’t shared a pitch for the best part of two years, but their era-defining careers remain compellingly entwined. The two greatest players of all time will keep vying for supremacy until one of them calls it a day (and eternally have it fought for on their behalf by the football community).

They may have spent the last four-and-a-bit seasons plying their standard-setting trade in separate domestic leagues, but La Liga was never really their main arena; that’s always been the Champions League, a competition they’ve won four times apiece. Messi reached at least the semi-finals on nine occasions with Barcelona, Ronaldo on eight with Real Madrid.

Ranking first and third for Champions League appearances with 183 and 156 respectively (Iker Casillas splits them with 177), Ronaldo and Messi have had ample minutes to become the two highest scorers in the history of Europe’s top club competition – and by a considerable distance, too. The Portuguese powerhouse tops the list with 140 goals, 15 more than his Argentine contemporary (joint third-placed Robert Lewandowski and Karim Benzema sit another 39 goals further back still).

Despite making his debut in the competition 14 months later (he is over two years younger, after all), Messi actually scored his first Champions League goal 17 months before Ronaldo. As Barça thrashed Panathinaikos 5-0 in the 2005-06 group stage, the then 18-year-old wonderkid capitalised on a defensive mix-up, somehow avoiding being clattered by onrushing goalkeeper Mario Galinović, and produced the kind of chipped finish to which we’ve grown so accustomed to seeing from him.

Astonishingly, Ronaldo didn’t break his duck until April 2007 – when he bagged a brace in Manchester United’s 7-1 quarter-final second leg rout of Roma, his 26th Champions League appearance (which makes that 140-goal return all the madder). The race chart below shows that flat line for Ronaldo before a sharp, upwards explosion.

After breaking his duck, the following campaign saw Ronaldo enter double figures, reaching the milestone by opening the scoring in the 2008 final in Moscow – where United, having defeated Messi and Barça in the last four – eventually beat Chelsea on penalties (featuring that John Terry slip) after a 1-1 draw. Messi was only up to eight Champions League goals by that point but would equal Ronaldo on 14 in the 2009 final, wrapping up Barça’s revenge-sealing 2-0 success over United in Rome with a header the flummoxed Rio Ferdinand would later describe as liberty-taking.

Messi and Ronaldo have gone head–to-head on six occasions in the Champions League, most recently in December 2020 – when Ronaldo dispatched two penalties as Juventus ran out 3-0 winners against Barça at the Camp Nou. A seventh meeting isn’t even a possibility this season, though: for the first time since 2002-03, Ronaldo won’t be present in the competition as he has to settle for Europa League football with United. And in that lies an opportunity for Messi: the opportunity to narrow – perhaps even completely close – the gap at the top of the scoring charts.

As we’ve noted, Messi is more than two years Ronaldo’s junior, so time might be on his side in the enduring battle for supremacy regardless – but a bit of assistance from circumstance is not to be scoffed at. If PSG go deep in the competition this time around, it’s not beyond the realms of possibility that he betters his previous Champions League best of 14 goals – and he has shown signs in the early weeks of 2022-23 that he’s getting back to his enrapturing best after a poor first season in Paris (he managed just 11 goals 33 outings in all competitions).

PSG’s relatively kind group draw could afford Messi an ideal foundation on which to build towards a new all-time high Champions League goals total. The Ligue 1 champions – now coached by Christophe Galtier, who succeeded Mauricio Pochettino as boss – are joined in Group H by Juventus, Benfica and Maccabi Haifa (per UEFA’s club coefficients, the Israeli Premier League winners are by far the weakest side in the competition). And PSG have already shown this term what a merciless attacking force they can be, winning their first two away games of the campaign 5-0 at Clermont Foot and 7-1 at Lille (with a 5-2 home victory against Montpellier sandwiched in between).

Ok, so this PSG side is not the best team Messi has ever played in – clearly, that would be Pep Guardiola’s Barça at their peak – but ‘MNM’ (Messi, Neymar and Kylian Mbappé) rivals ‘MSN’ (Messi, Luis Suárez and Neymar – who were together at Barça from 2014 to 2017) as the best front three he’s ever been a part of. And if Neymar stays fit, Messi is hardly likely to be starved of service: the Brazilian has created seven big chances (1.39/90) in Ligue 1 so far this term, more than anyone other player bar Messi himself (8 at 1.36/90).

Not that Messi needs chances served up on a silver platter when a plastic bowl tossed in his vague direction will generally suffice, but give him the ball in even a half-decent position and – like those regrettably resurrected dinosaurs in Jurassic Park – he, uh, finds a way. Latest case in point: his almost comical overhead kick to complete PSG’s 5-0 drubbing of Clermont Foot last month, when he latched onto an exquisite dinked pass from Neymar but still had a fair bit of work to do with his back to goal. That’s the Messi who’s sparked many a superlative shortage over the years.

But, realistically, how close will Messi get to equalling Ronaldo in his bonus Champions League campaign of sorts? Well, were he to maintain his current scoring rate of a 0.58 goals/90 in all competitions this term and PSG reach the final, he’d finish with roughly seven goals – which would leave him still eight behind his rival in the all-time stakes.

None of Messi’s four goals in 2022-23 (three in the league and one in the Trophée des Champions, the French equivalent of the Community Shield) have been penalties, but six of his last 10 in the Champions League (five for PSG last season and five in 2021-21, his final campaign at Barça) have. More notably, though, his performance relative to expected goals in the competition has dipped dramatically in recent years: from 2016-17 to 2018-19, he scored 29 goals from 18.48 xG (and 26 non-penalty goals from 16.11 non-penalty xG). Across the next three campaigns, however, he scored 13 goals from 15.48 xG (and seven from 9.18 non-penalty xG).

It’s been a messy few years for Messi, but (and this is a cautious assessment as PSG are never too far from some kind of moderate chaos among their superstar-laden ranks) he seems to be enjoying his football more than he has in a fair while. That can only be a good thing for him – and it can only be a good thing for those destined to perpetuate the great futile Messi/Ronaldo debate in Socialmedialand for evermore.