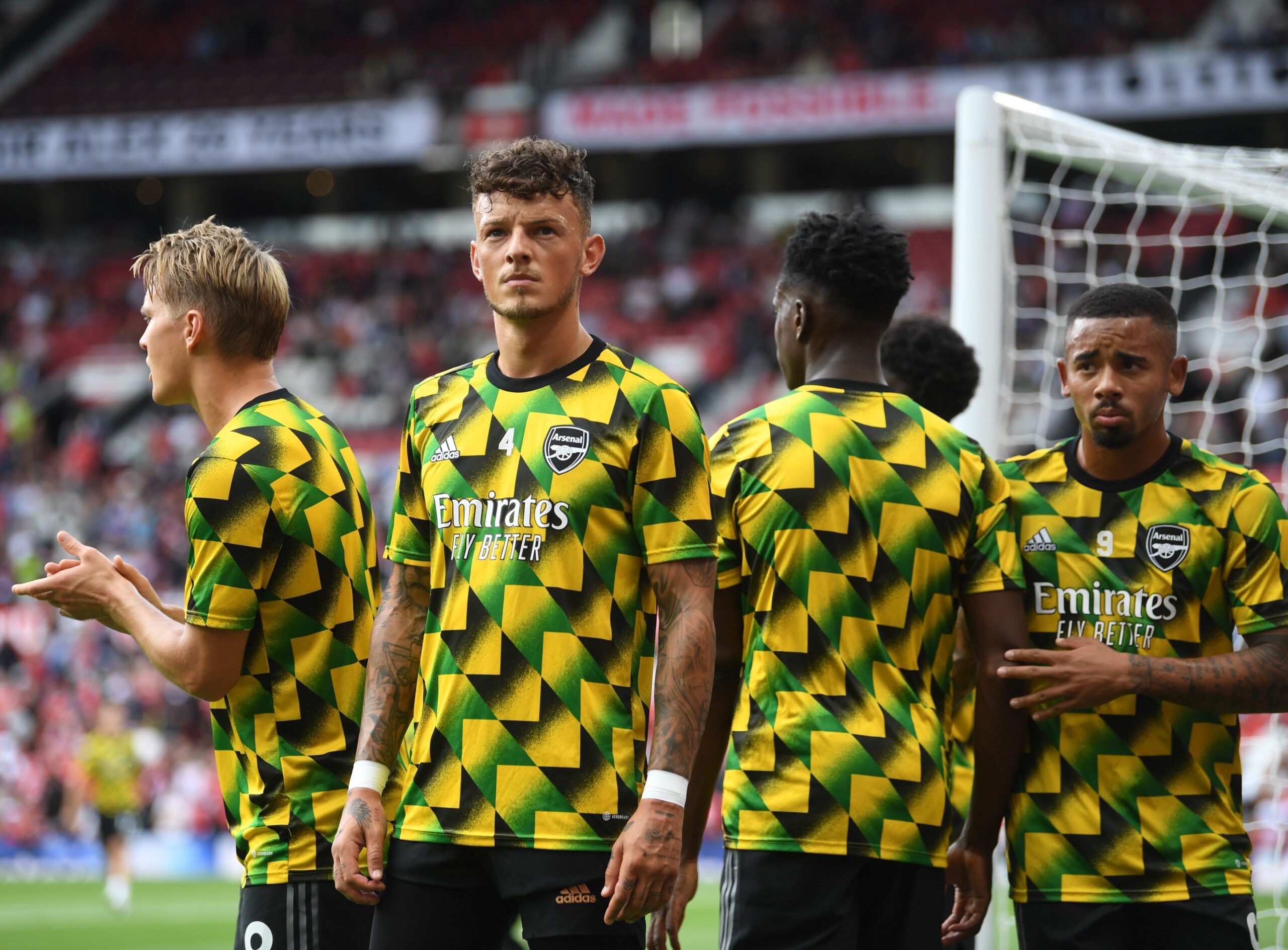 Five Reasons Why Arsenal Fans Should Remain Optimistic About 2022-23

The Premier League’s big encounter this weekend ended as a 3-1 win for Manchester United over Arsenal. The Gunners were always going to drop points at some point, and Old Trafford was as likely a place as any. Supporters of Samoan club Lupe o le Soaga are welcome to disagree (they of course won every league game they played in both 2017 and 2020) but no Premier League side is going to breeze through an entire season with a 100% record. In fact, Arsenal’s defeat on Sunday should be embraced by the club’s fans because it only strengthens the legacy of the 2003-04 Invincible season. Only Manchester City and Tottenham Hotspur remain unbeaten in the league this season and neither of them will still be so in May. That’s a semi-guarantee. And there are plenty of reasons why Arsenal fans shouldn’t feel too down about losing to United. They’re still top of the table for starters, and here are five others to keep supporters upbeat.

Stroll around north London and you’ll hear hushed conversations about the prowess of Nicolas Jover, Arsenal’s set-piece coach. He and Mikel Arteta worked together at Manchester City and since Jover joined Arsenal just over a year ago, the club’s threat from set-plays has rocketed. There was evidence of that at Old Trafford with some well worked indirect free-kick and corner routines in the first half and it’s absolutely no surprise that Arsenal lead the league in set-piece expected goals this season. The same applies at the other end of the pitch too, with Arsenal having allowed less xG from set plays than any other club. In a league where every point counts, sneaking points from goals derived from shrewd training-ground routines is surely going to make a difference over 38 games.

What does being top of the Premier League after six games usually get you? The answer – generally – is a top four finish, which is surely Arsenal’s main aim this season. Since Leeds started like a machine in 2001-02 yet went from top after six matches to fifth place by the end of the season, only one other top-after-six-games side has failed to finish in the top four at the end of that season. That was Everton two seasons ago who, under Carlo Ancelotti, had a W-D-L record of 4-1-1 at this stage of the season but eventually faded to 10th place. Are Arsenal a better football team in a better place than 2020-21 Everton were? Undoubtedly. Are Arsenal going to finish in the top four this season? It’s pretty likely, you know.

Gabriel Jesus Is a Man on a Mission

Gabriel Jesus did not deserve to be on the losing side at Old Trafford on Sunday. The former Manchester City man took a physical mauling from some of Manchester United’s defenders but despite mouthing “wow” after one particularly… robust challenge, he stoically got up for more on each occasion. The Brazilian has the sort of elite mentality you’d expect from someone who’s won more Premier League titles (four) than Arsenal (three) and his attacking discipline has visibly improved the players around him. His professionalism even extends to an utter respect of popular chance quality-rating metric xG, with all 20 of Jesus’s shots this season coming from inside the penalty area. The next highest shot total by someone with a 100% inside-box ratio is Tomás Soucek, who has had 10 efforts at goal this season and is an entirely different sort of player. If Arsenal can maintain or improve the supply line to Jesus over the next few games then he will add to his total of three goals without a doubt.

The signing of Oleksandr Zinchenko was an astute move from Arsenal, particularly given their twin concerns of a relatively small squad and Kieran Tierney’s frequent injury problems. Zinchenko is a midfielder by trade but became a luxury full-back under Pep Guardiola at Manchester City, and that’s the role he has played for Arsenal so far. Against United the Ukrainian returned to the Arsenal XI after an injury of his own and had the relatively difficult job of handling debutant Antony. United’s first goal, scored by their new signing, came after Zinchenko chose to try and close down Marcus Rashford on the edge of the box, leaving Antony free on the right-hand side of the box. The subsequent goal, and Antony’s influence in general, showed the limitations of Zinchenko as a defender in Big Six games, and The Analyst zones of control viz helps illustrate Arteta’s left-flank conundrum. Arsenal are conceding touches to their opponents in the left-back zones but the considerable pay-off is that they are dominating the left flank in an attacking sense, with Gabriel Martinelli a keen beneficiary, despite his VAR-based woes. Whether Arteta moves Zinchenko into midfield and restores Tierney to the defence remains to be seen but it’s a fine balance on that flank. The Arsenal manager has the right tools to make it work in both directions, he just needs to find the optimal blend and reap the rewards. At the moment, somewhat ironically, it is all or nothing.

Bukayo Saka is Getting Better and Better

Today is Bukayo Saka’s 21st birthday. That landmark used to be an important one in life terms, and it remains the point at which a gifted footballer graduates from being classed as a promising youngster to a real talent. Saka scored Arsenal’s consolation goal at Old Trafford which means he turns 21 with 35 Premier League goal involvements (18G 17A). Only 10 players in Premier League history have had more than that aged by their 21st birthday, and none of the 10 above him had to feature as a defender, as Saka has on nine occasions in his Premier League career. Last season Saka had 18 goal involvements and is on course to go one better in 2022-23. That, though, assumes he plays at the same level this season; in reality his rate of improvement suggests an output of 20+ goal involvements is well within his grasp.