Is Jaren Jackson Jr. On His Way to Becoming the NBA's Next Defensive Superstar? | The Analyst 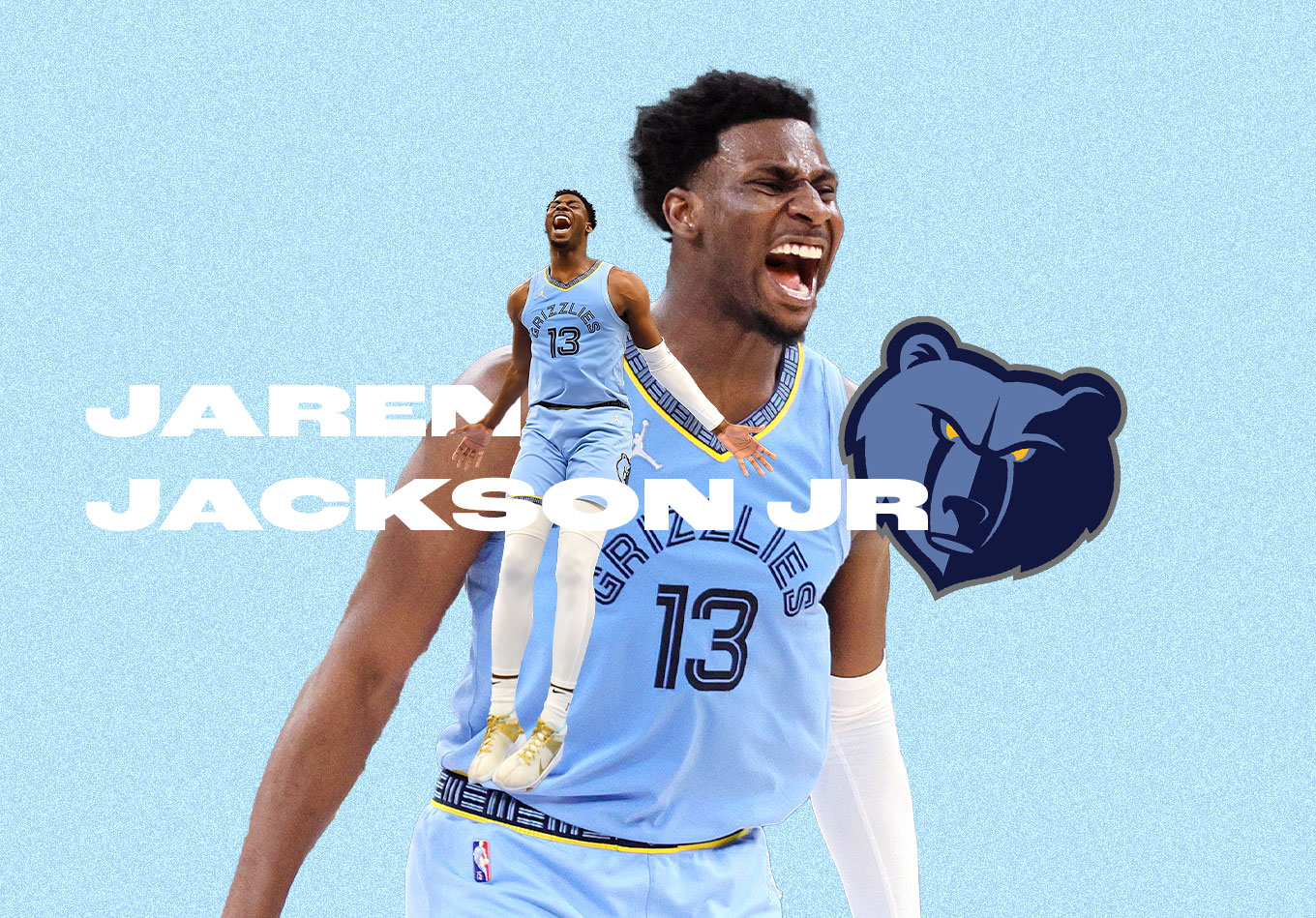 In late June, the Memphis Grizzlies announced Jaren Jackson Jr. underwent surgery to repair a stress fracture in his right foot. The recovery timeline is four-to-six months. That timeline lands somewhere between the first couple weeks of the season and shortly before 2023 begins.

Whenever Jackson returns, he’s set to further cement himself as one of the few genuine defensive superstars around the league. Despite a down scoring campaign, largely due to some outlier poor long-range shooting and interior finishing, Jackson progressed to the cusp of stardom in 2021-22 and garnered an All-Defensive First Team nod.

He joined Giannis Antetokounmpo, Rudy Gobert and Marcus Smart on that First Team, a trio of luminaries who own the last five NBA Defensive Player of the Year trophies. In due time, the 23-year-old big man will add to that tally.

He also ranked seventh with a plus-1.6 defensive DRIP (a projection of a player’s contribution to team’s plus-minus on defense) among those with at least 1,000 minutes last season.

He’s a truly rarified defender who refined integral components of his technique and arsenal this past season, actualizing all the superlatives he received prior to being drafted in 2018.

Most importantly, he found a way to stay on the floor longer. He played a career-high 2,126 minutes in a career-high 78 games. His fouls per 100 possessions decreased from 7.0 over his first three years to 6.1. After fouling out 19 times in his first 126 games, he did just so just three times in 78 regular-season games last season.

Issues resurfaced in the first round of the playoffs against the Minnesota Timberwolves (5.2 fouls in 24.5 minutes per night), but were quelled in the conference semifinals against the Golden State Warriors (3.7 fouls in 30.8 minutes per night). He struggles to maintain balance through contact, which forces him to sacrifice some verticality and commit fouls, hence the 6.1 fouls per 100 remaining rather gaudy.

Yet individually, Jackson substantially improved his discipline (Steven Adams’ arrival helped insulate him at times, too). Opponents would throw a series of shot fakes and Jackson refused to budge, keeping a paw or two angled toward the sky and just waiting for them to actually toss something up, only to shut them down.

According to NBA.com, opponents shot 14.5% worse than their average within 6 feet when Jackson was the primary defender. His 3.0 blocks and 1.2 steals per 36 minutes ranked in the 96th and 76th percentile, respectively, among power forwards and centers in 2021-22 (minimum 500 minutes played).

Premier defenders excel at eliminating an offense’s primary option and still having the chops to alter secondary and tertiary options as well. This was vital to Jackson’s signature in 2021-22. He’d run shooters off the arc and engulf their downhill forays. When a drive necessitated his help, he’d coax a pass or moment of hesitation from them and erase events around the rim.

Part of what enabled Jackson to operate like this is his uniquely functional ground coverage skills. He eats up space like he’s teleporting, is absurdly prompt off the ground and deploys his 7-foot-4 wingspan to influence plays inside. These traits mean he can commit as late as necessary to avoid showing his hand to the opposition and leaving his squad susceptible to a breakdown elsewhere.

His timing is exquisite. Offenses execute decisions they deem safe before Jackson spoils the fun and barges in like the Kool-Aid Man. Defensive anchors are supposed to be the custodian of the backline by putting out multiple fires simultaneously. That’s exactly what Jackson does. His intersection of deterrence, awareness and range of defensive domain seems irreplicable.

Those plays are brilliant. If his defensive prowess was overwhelmingly composed of them, he would be excellent on that end. But his catalog spans much wider. He is multifaceted in his superstardom.

Last year, Jackson was malleable in ball-screen coverage, primarily adhered to drop defense. Much like his imprint as an interior helper, he recognized how to combat various choices at once and masterfully played 1-on-2 situations. His positioning was pristine. In spreading his arms wide, he routinely closed off pocket pass or lob angles without paving the runway for seamless driving lanes by ball-handlers.

Mid-contest, he can audible to account for scorers adjusting their finishing approaches and extinguish their efforts as though it’s second-nature to him; his ball-tracking is hawkish. Pick-and-roll is often a dynamic akin to an arduous cat-and-mouse game won by the offense.

This isn’t how pick-and-rolls are supposed to unfold.

He may have flourished operating in drop coverage, but he didn’t have to be pigeonholed into that role. His perimeter mobility is sensational, headlined by foremost body control, change of direction and deceleration. Many big men grapple with explosive start-stop movements or swift change of directions, unable to close down airspace or siphon off driving pathways.

These sorts of occurrences are when his increased discretion reared its head. He would not succumb to body or shot fakes, cognizant of the size and length advantage he brandished over assignments. That discretion didn’t inhibit him from wielding lively hands to crowd folks, discourage pull-ups and complicate passing release valves.

He’s in a distinguished class as a switch big, capable of flustering an array of archetypes, flanked by fellow youthful stalwarts like Bam Adebayo and Evan Mobley.

Ground coverage, deterrence, interior help, conservative pick-and-roll scheme, aggressive pick-and-roll scheme, Jackson’s already checked numerous boxes that illuminate why he received an All-Defensive First Team honor. Finalizing his potential to legitimately retire among the greats of the greats is his comfort as an off-ball perimeter defender, a region where responsibilities can mix like oil and water for the traditional athletic tools of big men.

He’s constantly rotating from the wing or top of the key to help inside and is staggeringly adept navigating screens. The dude is 6-foot-11 with a 7-foot-4 wingspan shimmying around pindowns, flex screens and cross screens to stay attached.

Pindown screens and Floppy actions are commonly run for movement and off-ball shooters. Flex screens and cross screens are catered toward post scorers and cutters. Those are a contrasting assortment of scoring styles, yet Jackson waded through all of them to stamp his mark and it wasn’t even the extent of his screen navigation exploits.

Players this young don’t achieve what Jackson achieved this past year. His defensive outlook should be about as rosy as possible (fingers crossed for positive long-term health).

Ibaka’s longevity doesn’t rival Duncan’s, of course, though his peak was impressive nonetheless. But Jackson existing in this company underscores the magnitude of his 2021-22 season and the heights he can populate as he reaches his prime. He just turned 23 last week and already houses some of the best defensive film anyone in the NBA has to offer.

Gobert is 30. Smart is 28. Antetokounmpo is 27. Mikal Bridges is 26. His First Team contemporaries are squarely in their primes. Jackson’s prime won’t arrive for a few more years. It’s difficult to envision what the years 2026, 2027 and 2028 will look like, both broadly and in the NBA specifically.

For Jackson, though, they’ll be filled with even grander defensive dominance and a trophy or two affirming that dominance. He might be on a historic path.