Is Jarred Vanderbilt Utah's Next Ultra Versatile Forward? | The Analyst 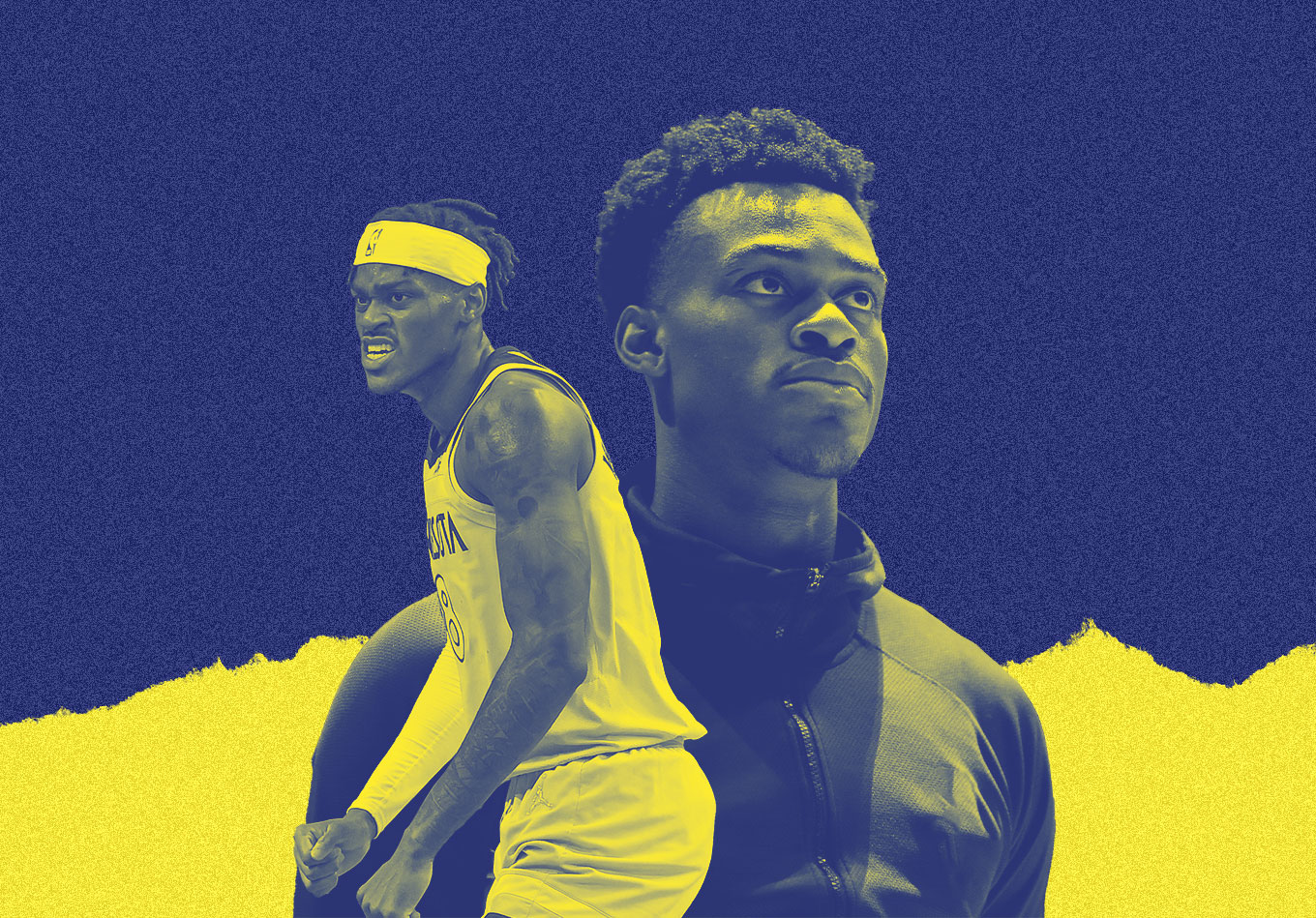 A pair of blockbuster deals has left the Utah Jazz without two franchise pillars of the last half-decade in Rudy Gobert and Donovan Mitchell.

The last time Utah said goodbye to two icons in the same offseason the year was 2003, and the tandem in question was John Stockton and Karl Malone.

The following season, analysts predicted that the remnants of the team would lose more games than any group in league history. However, the rag-tag group shocked the world and scraped together a 42-40 season, largely thanks to the contributions of breakout star Andrei Kirilenko.

As fate would have it, this current iteration of Jazz basketball features a player with similar two-way promise in Jarred Vanderbilt. And while matching his predecessor’s impact will prove to be a tall task, there is cause for optimism when examining the trajectory of the fifth-year forward.

What He Already Has

Recently, I ordained Kirilenko as a ‘five-tool defender’ because of his splendor in five defense categories: man defense, versatility, motor, off-ball defense, and shot blocking.

As it stands, Vanderbilt boasts four of these tools. Like Kirilenko, he’s a fierce point-of-attack stopper who combines his subliminal package of length, mobility, and anticipation to keep the opposition in front of him.

Look closely, and that second component – versatility – is also on full display in the above montage. The breadth of Vanderbilt’s on-ball assignments is expansive. Slender forwards like Kevin Durant, shifty floor generals like Stephen Curry, bruising bullies like Jaren Jackson Jr., none of these archetypes are outside Vanderbilt’s jurisdiction.

Even more classical low-post bigs like Domantas Sabonis can occasionally be neutralized by Vanderbilt thanks to his textbook fronting technique.

Vanderbilt also inherited the endless freneticism that defined Kirilenko’s early years. Chase down blocks and steals (like this one on The King of chasedowns) have become a staple attraction in Vanderbilt’s brochure.

This motor helped spur his performance in the fourth category: off-ball defense.

Vanderbilt ranked second on the Timberwolves with a plus-1.1 defensive DRIP, our projection of a player’s contribution to a team’s plus-minus per 100 possessions on defense. He also would have been second on the Jazz behind only Rudy Gobert (minus-2.5) last season.

As we’ve established, Kirilenko was an excellent man defender, but he was even more impactful off-ball. From there, he could dig down on post-ups, disrupt potential penetrators at the nail, and surprise isolationists as they were winding up for their spin move.

This made Vanderbilt the perfect catalyst to Minnesota’s aggressive scheme (No. 1 with 16.3 opponent turnovers per game), which relied on his disruptive tendencies to satisfy the Timberwolves’ insatiable appetite.

As it stands, the one utensil missing in his defensive toolbox is Kirilenko’s shot-swatting tentacles. Vanderbilt’s 2.4% block percentage (79th percentile) pales in comparison to Kirilenko’s outlandish 6.3% from 2003-04 (98th percentile).

A large reason for the disparity is that Vanderbilt is still refining the timing of his jumps. He’s an eager helper, and there are times when this eagerness results in him leaving his feet a smidge too early to reject the shot.

With that said, the gap between their defenses is far less significant than that which exists between their offensive games in the half court.

Kirilenko couldn’t break defenders down and burn them with a pull-up jumper, but he was still a skilled offensive player who relied on his cutting, free throw drawing and passing.

Vanderbilt is a willing cutter (99th percentile, per NBA.com). However, his sudden bursts at the rim weren’t all that effective (he’s only in the 26th percentile in efficiency).

Part of this could be tracking data picking up on some of his putback tip-in attempts – which are far more difficult to convert on than standard cuts. But a large reason for his lower conversation rates stems from his inability to finish among the trees.

Kirilenko mastered the art of slithering his gangly frame through these buff traffic cones. In fact, he even figured out how to exchange his crowded paint ventures for free throw attempts by getting defenders’ paws caught on his condor arms.

Meanwhile, Vanderbilt commandeered free throws at roughly one-third of that rate (3.3 free-throw attempts per 100 possessions). Learning how to leverage his impressive length to help him grift his way to more free throw attempts will be an important part of his development moving forward.

Lastly, Kirilenko was a decisive facilitator, capable of instantly surveying the landscaping and making quick reads in Utah’s movement-heavy scheme.

Vanderbilt can function as a passable connecting piece in half-court sequences, and the author of outlet feeds in transition. But he hasn’t yet shown much proficiency acting as a hub out on the perimeter.

It’s worth noting opportunities for getting his feet wet in this department were few and far between last year as he often shared the court with high-usage players like Towns, Anthony Edwards and D’Angelo Russell.

Still, when he did get those chances, the results seldomly yielded anything fruitful.

Vanderbilt’s new context within the creation-deprived Jazz should offer him more chances to experiment with and hone in his dribble handoff game.

Kirilenko’s efforts in 2003-04 ultimately earned him an All-Star nomination and Second Team All-Defense honors. Until now, the verdict is still out on whether or not Vanderbilt matches these accomplishments. Given the current gaps in his game, the odds are not in his favor.

But rest assured, even with his current deficiencies, Utah appears to have a promising young player on its hands.