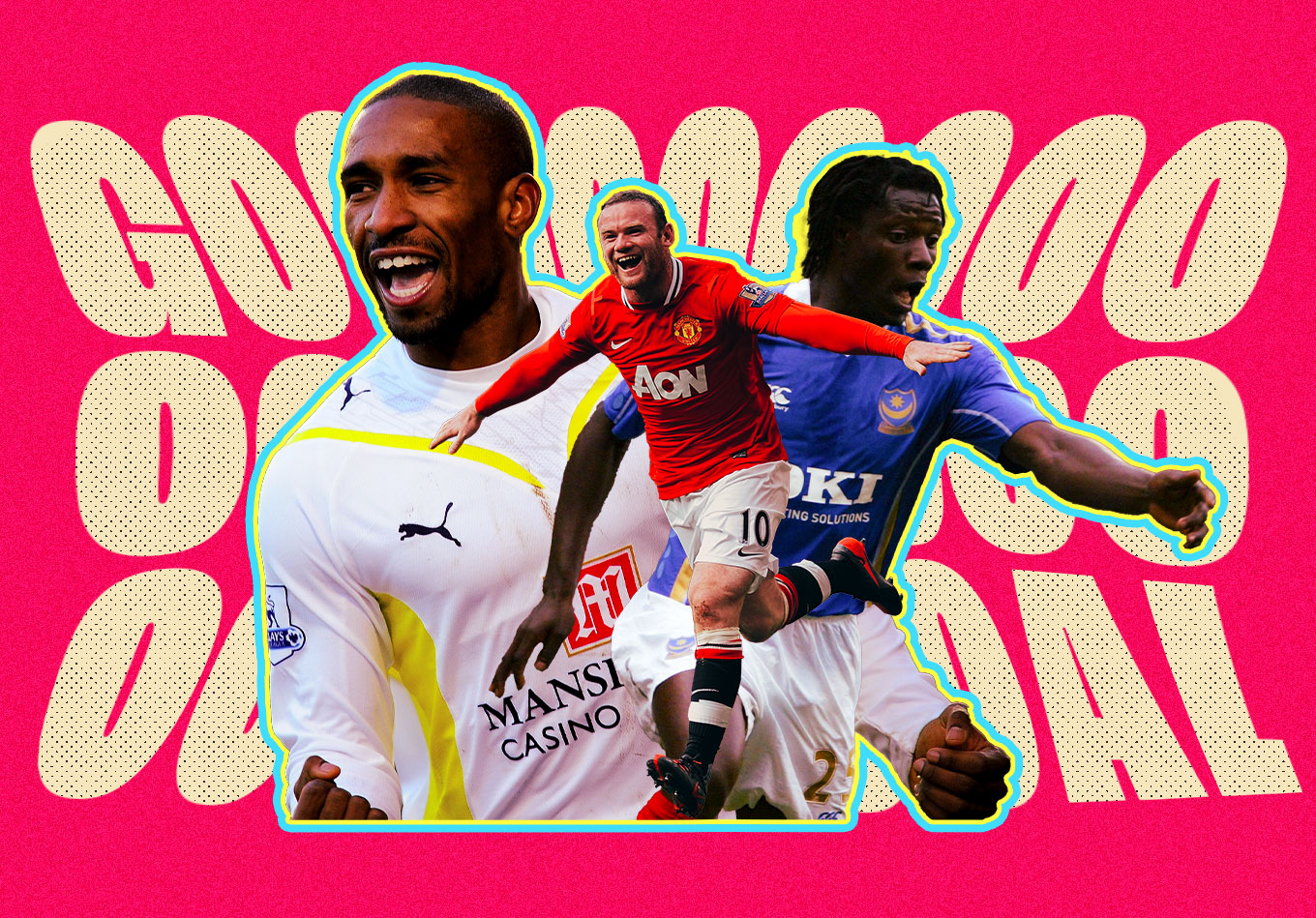 What are the highest scoring Premier League games? We look back at every match to have seen at least 10 goals scored in the competition.

Number one in the list of the highest scoring Premier League games came at Fratton Park in September 2007, when Portsmouth defeated Reading 7-4. This is the only game to see this many goals in any of the last 34 top-flight league seasons in England.

Fans would have been forgiven for thinking that they were watching a bog-standard match of Premier League football at half-time, with the home side leading 2-1. The second half would quickly go on to change that view.

This match was both the first in the top division to see 11 goals scored and the first to finish with a 7-4 scoreline since Luton Town’s victory over Oxford United at Kenilworth Road back in February 1988.

29% of the total Premier League goals scored at Fratton Park in 2007-08 arrived in this single game with the other 18 matches at the stadium that season providing an average of just 1.5 goals per game.

Just to emphasise how clinical the two teams were on this day to break the Premier League record, 26 matches in the competition that season produced more shots than this fixture (35)

Benjani scored a hat-trick to help him reach 12 Premier League goals in 23 appearances for Pompey during 2007-08 – enough to convince Sven-Goran Eriksson to take him to Manchester City in February of that campaign. He was to score the same number of goals in 657 minutes of pitch time at City that season as he did in the space of 63 minutes in this single game against Reading, however.

Not content with being involved in one Premier League match with a crazy score, Steve Coppell’s Reading side went and did it again exactly two months on from their 7-4 loss at Portsmouth.

The Royals’ conceded one goal fewer on this occasion, losing 6-4 to Tottenham Hotspur at White Hart Lane in December 2007 to enter the rundown of the highest scoring Premier League games for a second time.

Seven of the 10 goals were scored within the final half hour of the match, while Dimitar Berbatov helped himself to four goals for Spurs on the afternoon. Amazingly, Reading led on three different occasions during this match before Spurs’ quality told.

Reading were relegated at the end of the 2007-08 Premier League season, having conceded 66 goals that campaign – only bottom club Derby County (89) conceded more – with 20% of these coming across those two away games at Portsmouth and Spurs, just two months apart.

Tottenham became just the second club to score nine goals in a Premier League game, and the first in 14 and a half years (after Manchester United 9-0 Ipswich Town in March 1995) when they thrashed Wigan Athletic 9-1 in London back in November 2009.

Astonishingly the teams went into half-time with Spurs leading only 1-0 thanks to a Peter Crouch strike. Harry Redknapp’s side went on to become the first, and so far only, side to score eight goals in a single half of a Premier League match – five of these coming from English striker Jermain Defoe.

Defoe’s five goals came in the space of just 35 minutes and 20 seconds – the only player to score five goals in a shorter period of time within a Premier League match is Sergio Agüero for Manchester City against Newcastle in October 2015 (23:30). Wigan goalkeeper Chris Kirkland would have been sick of the sight of him by the full-time whistle.

This remains Spurs’ biggest win in league competition since 1977 when they beat Bristol Rovers 9-0, while they’ve never replicated the winning margin of eight goals in a single top-flight league game before or since.

Manchester United came into this fixture having won their opening two Premier League games of 2011-12, while Arsenal were still searching for their first victory following draws with Newcastle and losing to Liverpool earlier in the month. It would only get worse for Arsène Wenger and his Gunners’ side.

United ran riot, winning 8-2 in front of the Old Trafford faithful with Wayne Rooney grabbing a hat-trick and midfielder Ashley Young adding a brace with his first two goals for the club.

This result saw Arsenal suffer their heaviest league defeat since 1927 when they lost 7-0 to West Ham United, while it was the first time that they’d conceded eight goals in a match since 1896 against Loughborough in the second tier.

Manchester United had a taste of their own medicine just 56 days later, losing 6-1 at home to rivals Man City in their own stadium.

At the end of 2011-12, neither Manchester United nor Arsenal managed to win a single trophy in the campaign.

Arsenal were on the right end of a Premier League thrashing in December 2012, when they defeated Newcastle United 7-3 at the Emirates Stadium to give their fans a late Christmas present.

Theo Walcott scored a hat-trick and assisted two more of Arsenal’s goals in this win – the only English player to be involved in at least five goals in a single Premier League game at a younger age than Walcott (23 years, 288 days old) was Andy Cole (23 years, 140 days) in Man Utd’s 9-0 rout of Ipswich Town in March 1995.

Arsenal have scored seven or more goals in five different Premier League matches, with four of those coming under the reign of Arsène Wenger. This was the last occasion that they scored as many in a league game, however.

This 10-goal thriller was Sir Alex Ferguson’s 1500th and final game in charge of Manchester United, with them twice holding on to three-goal leads (3-0 and 5-2) but failing to pick up the victory in their legendary manager’s last match.

This is the only occasion in Premier League history that a side has scored five goals in a game and not ended as the winning team – the last time this happened in the English top-flight before this day was in September 1984 when QPR drew 5-5 with Newcastle United at Loftus Road.

Romelu Lukaku stole the show, scoring a hat-trick for West Bromwich Albion after coming on as a substitute at the start of the second half. With this treble, he remains one of just six players to score three or more goals in a Premier League game as a sub, alongside Ole Gunnar Solskjaer, Jimmy Floyd Hasselbaink, Robert Earnshaw, Emmanuel Adebayor and Steven Naismith – Lukaku was the youngest of the six to do so, however (20 years, six days old).

Robin van Persie scored his 26th goal of the season in this match, meaning the Dutchman ended the campaign as the Premier League top scorer for a second successive campaign following 30 goals for Arsenal in 2011-12.

The result didn’t matter much for United, as they still won the Premier League title by 11 points ahead of rivals Manchester City – the biggest margin at the top of the competition in eight years.