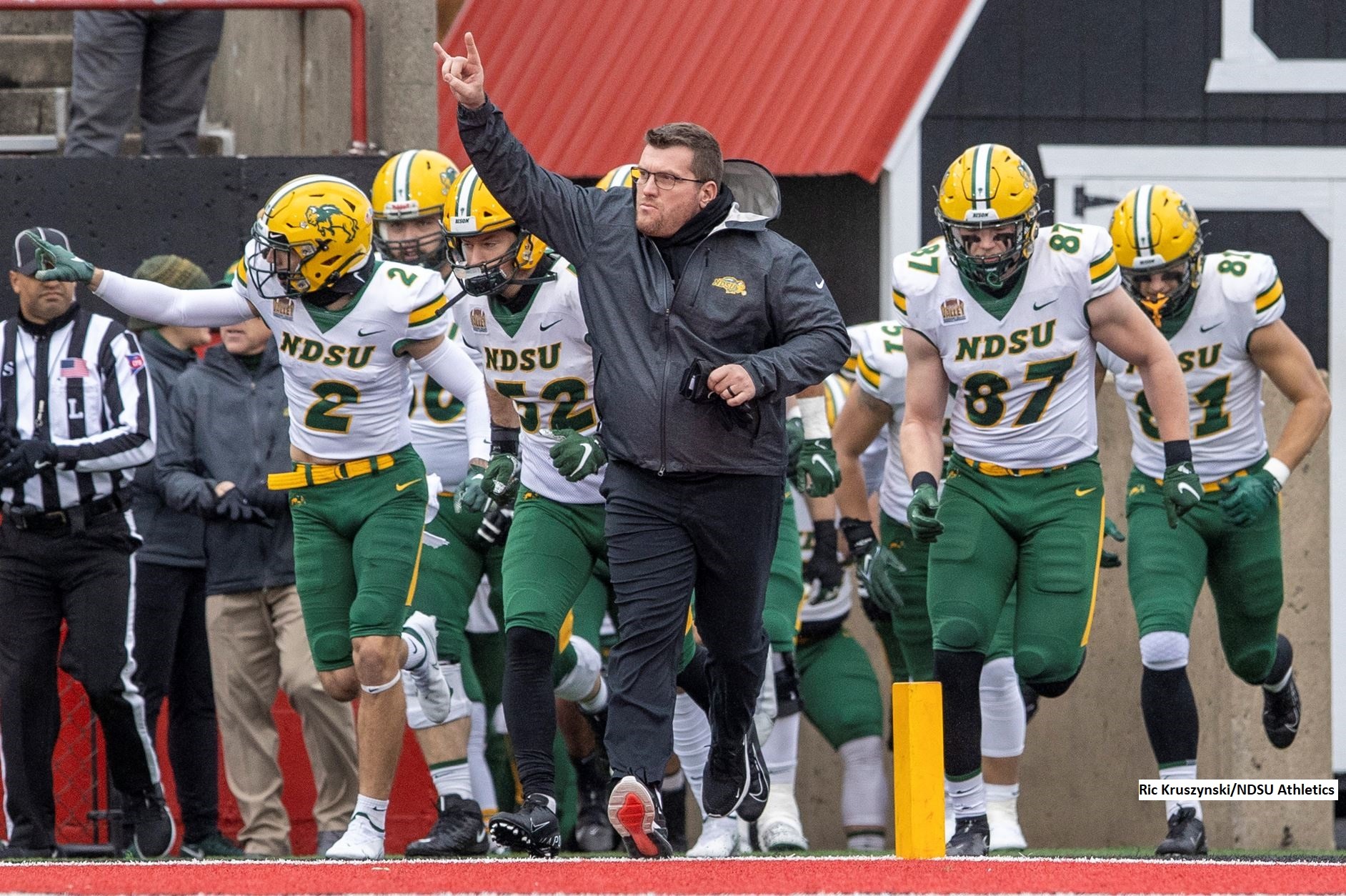 The remarkable aspects of North Dakota State’s FCS dynasty extend well beyond the nine national championships and at least quarterfinal-round appearances in each of its 12 straight playoff appearances.

Included in the run are the Bison’s six straight victories over FBS opponents, which is unmatched by FCS programs in games between the two levels of Division I college football.

Saturday night, NDSU (2-0) will seek to extend the winning streak at Arizona (11 p.m. ET, FS1). Due to a scheduled game at Oregon in 2020 being cancelled by the pandemic, this is the Bison’s first FBS matchup in six years and their first ever against a Pac-12 program. They’re 9-3 overall against the FBS since moving to the FCS in 2004.

In a game that carries the most buzz across the FCS this week, here are five reasons why NDSU will beat Arizona, which is 1-1 after entering the season with losses in 23 of 24 games:

Circled on the Calendar

Credit NDSU for keeping the dialogue about its focus being on the present, whether in the offseason, at practice or with opponents. In truth, this season’s first two opponents, Drake (56-14 win) and North Carolina A&T (43-3), always represented easy wins inside the Fargodome, so the Bison had the entire offseason to build up to this spotlight against Arizona.

The Wildcats, while hopeful of improvement, needed their attention to be on San Diego State, then Mississippi State before turning it to NDSU. Even now, the Bison’s phenomenal success doesn’t change the factor that FBS-level players tend to underestimate FCS opposition.

NDSU has returned all of the key running backs from an offense that ranked second in the FCS in rushing yards per game (280.6) and hasn’t averaged fewer than 200 yards since 2011, which was a national championship season. The Bison’s power run style steamrolls opposition, and the depth of backs is ridiculous with Kobe Johnson, Hunter Luepke, TaMerik Williams, Dom Gonnella and Jalen Bussey all likely to be over 1,000 career yards in the near future.

In the Pac-12, Arizona doesn’t face a program that wants to pound the run as much as NDSU, yet the Wildcats ranked 99th in the FBS in rush defense last year and is tied for 79th to open this season.

With Arizona’s offensive system evolving, the growing pains were evident between the first two games, with the ability to run the ball going silent and de Laura facing added pressure in the second game. The penalties, sack yardage and turnovers were up, and the time of possession was down.

NDSU’s defense plays with consistency and the Bison don’t give up much in the fourth quarter even when the final result isn’t in doubt. They’re coming off a season in which they allowed only 11.1 points per game – the fewest in the program’s Division I era.

Pac-12 teams are stronger than most FCS programs, but the nucleus of NDSU’s team has faced stronger opponents than Arizona already, including 2020 FCS national champion Sam Houston and 2021 national semifinalists South Dakota State and James Madison.

Coach Matt Entz and three assistants were part of the Bison staff that helped lead the 2016 win at Iowa – the program’s most recent FBS game.