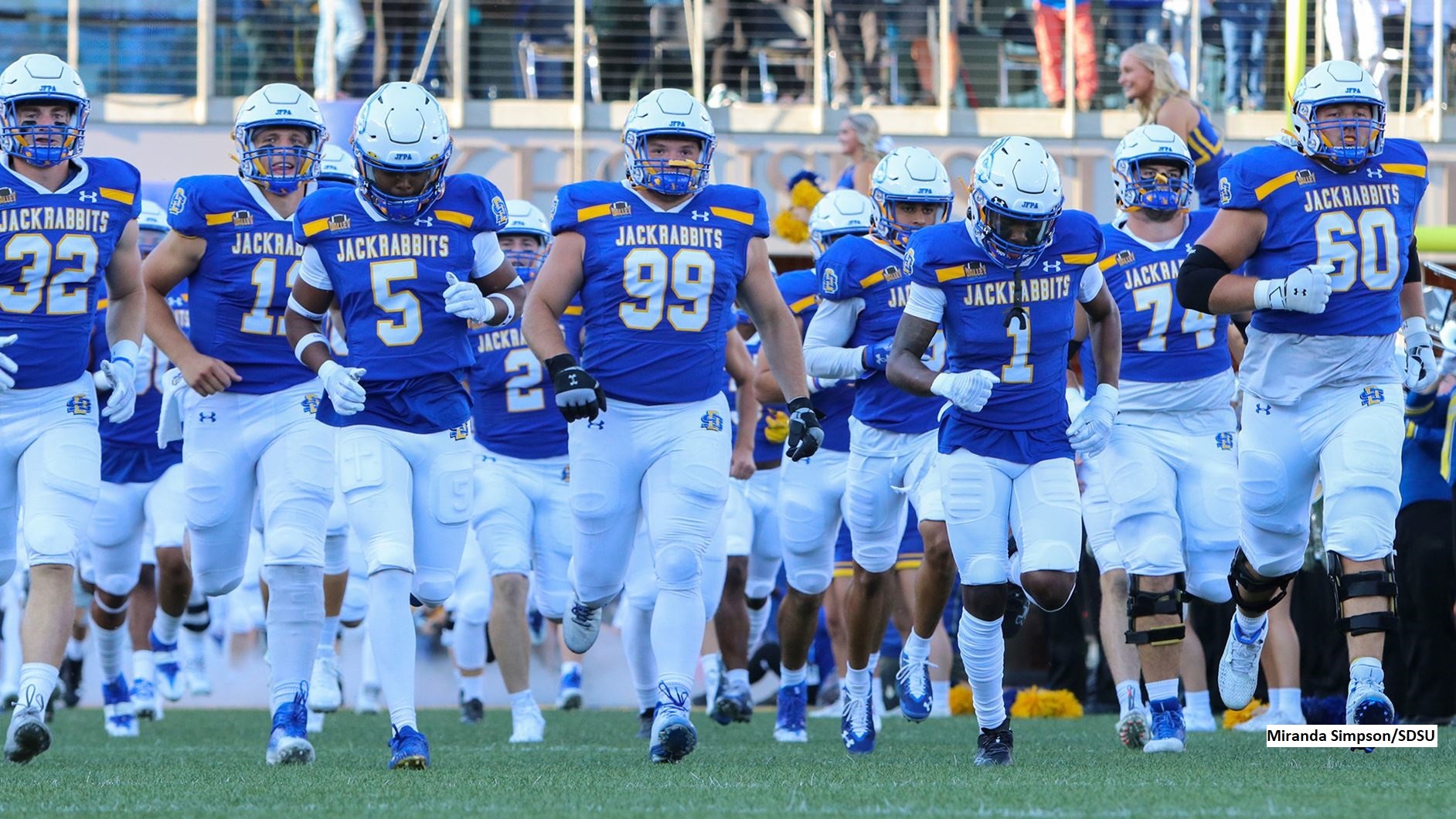 Hopefully, you’re no longer winded from the huge start to the FCS college football season, which includes seven wins over FBS opponents.

You’ll need to catch your breath fully heading into this week’s games as conference races begin to heat up across the nation.

Here are the Week 4 games of the week across FCS college football, led by the FedEx Ground FCS Game of the Week (all times ET on Saturday):

Notable: SDSU leads 11-1 in the all-time series, with MSU’s only win coming at home in 2013. John Stiegelmeier will be coaching his 300th career game atop the Jackrabbits’ program. Their offense is feeling the loss of RB Pierre Strong Jr. (NFL) and TE Tucker Kraft (injury), but QB Mark Gronowski seeks to build off a strong offensive showing against Butler. The Jackrabbits’ 277.7 yards per game and 5.4 scrimmage yards per touch through three games are the lowest in their Division I era (since 2004), down from 441.1 and 8.2, respectively, last season. Bears QB Jason Shelley’s passing numbers are up (307 passing yards per game, 63 completion percentage, seven touchdowns to zero interceptions) after being the 2021 MVFC offensive player of the year, but he’s been sacked 17 times in three games and 62 times the last two seasons. The good news for Shelley is the Jackrabbits have only two sacks.

Notable: Holy Cross defeated Colgate 42-10 last season and has won its last 11 games against PL opponents by 10+ points (the PL doesn’t include the league’s spring 2021 championship game as part of the Crusaders’ 10-game league winning streak). QB Matthew Sluka’s go-to receiver Jalen Coker is averaging 27.5 yards per catch on 11 receptions (four TDs). While Colgate’s offense has been sluggish (221 yards per game), the Raiders are +5 in turnover margin.

Notable: USD has defeated NDSU only once in 10 meetings as D-I programs (2015). While NDSU lost at Arizona 31-28 last Saturday, it has not dropped back-to-back games since a five-game losing streak in 2009 (the Bison are 47-7 in road games since 2011). FB Hunter Luepke (180 scrimmage yards, three TDs) is coming off a banner performance, but the offense spreads around the touches. USD is 8-1 when QB Carson Camp throws for 2+ TDs, but the loss was to NDSU last season. CB Myles Harden has been a part of the Coyotes defense’s four takeaways (two interceptions, fumble recovery, forced fumble).

Notable: Samford has won the last four matchups, and been over 500 yards and 40 points in three of the games. Including two wins this season, the Bulldogs are 8-2 when Jay Stanton rushes for 90+ yards. WCU ranks second in the FCS in yards per game (590.7), and only UIW and Fordham average more points than the Catamounts (48.7) among programs that have faced only D-I competition. Having gone 6-1 against their last seven FCS opponents, they expect to have starting QB Carlos Davis (throwing shoulder) back in the lineup after he missed last week’s game. WCU second-year coach Kerwin Bell has 99 career wins.

Notable: The series is tied 7-7-1. UCA is on the road for the third straight week, but RB Darius Hale is coming off three TDs in last week’s win at Idaho State and has 21 in 14 career games. In the last two seasons, the Bears are 6-2 when they have 125+ rushing yards and 0-6 when below that number. SEMO QB Paxton DeLaurent has guided two straight wins while going 55 of 76 (72.3%) for 641 yards and seven TDs with one rushing TD.

Notable: SIU’s 31-24 win at Northwestern was the seventh this season by an FCS team against FBS competition, but the first over a Power-Five conference program. QB Nic Baker accounted for four TDs and the defense reversed an awful first two games against the pass (10 TDs). UND tends to be in thrillers with its last six FCS games decided by a combined 22 points. After winning at Northern Arizona, the Fighting Hawks seek a second consecutive road win for the first time since claiming three in a row in 2018.

Notable: EWU has captured 14 of the last 17 meetings even with MSU (the eventual national runner-up) winning 23-20 in Cheney last season. All seven of the Eagles’ TDs have come on Gunner Talkington passes. Their defense has been ravaged for 575.5 yards per game (276.5 rushing/299 passing) and been on the field for over 36 minutes on average. Injuries at running back were evident when the Bobcats went heavy with QB carries in a 68-28 loss at Oregon State. Starter Tommy Mellott has a team-high 205 rushing yards and backup Sean Chambers seven rushing TDs.

Notable: Two former Ohio Valley Conference programs get together as ASUN members. EKU QB Parker McKinney ranks fifth nationally with 342.3 passing yards per game and his next TD pass will set the school record at 52. He has five receivers with 10+ catches, led by TE Dakota Allen (18 for 245 yards and three TDs). Austin Peay hasn’t beaten an opponent with a D-I win, but the Governors’ three wins are by an undeniable 132-3. QB Mike DiLiello has 13 TD passes, and RBs Jevon Jackson and C.J. Evans Jr. have helped the offense to 202.3 rushing yards per outing.

Notable: N.C. A&T has a six-game winning streak over SCSU since 2015. However, including last season, the Aggies are seeking to avoid a five-game losing streak for the first time since 2010. RB Bhayshul Tuten has gone over 125 rushing yards in back-to-back games against FCS national champion North Dakota State and FBS Duke. The visiting Bulldogs, coming off a bye, have allowed 200+ rushing yards in each game. WR Shaq Davis, the offensive MVP of last year’s Celebration Bowl win, has eight TD catches in his last four games.

Notable: Last year’s 55-52 UIW win had two 600+ yard passers and 1,485 offensive yards. This season, QB Lindsey Scott Jr. (356.3 passing yards per game, 13 TDs to one INT, FCS-leading 212.6 passer rating) has led the Cardinals to an FCS-high 50-point average. SLU could provide resistance with All-America CBs Zy Alexander and Ferlando Jordan. The Lions have been known for their passing, but QB Cephus Johnson III and RB Carlos Washington Jr. will seek ball control against a UIW defense that has allowed 153 rushing yards per game and seven TDs on the ground.