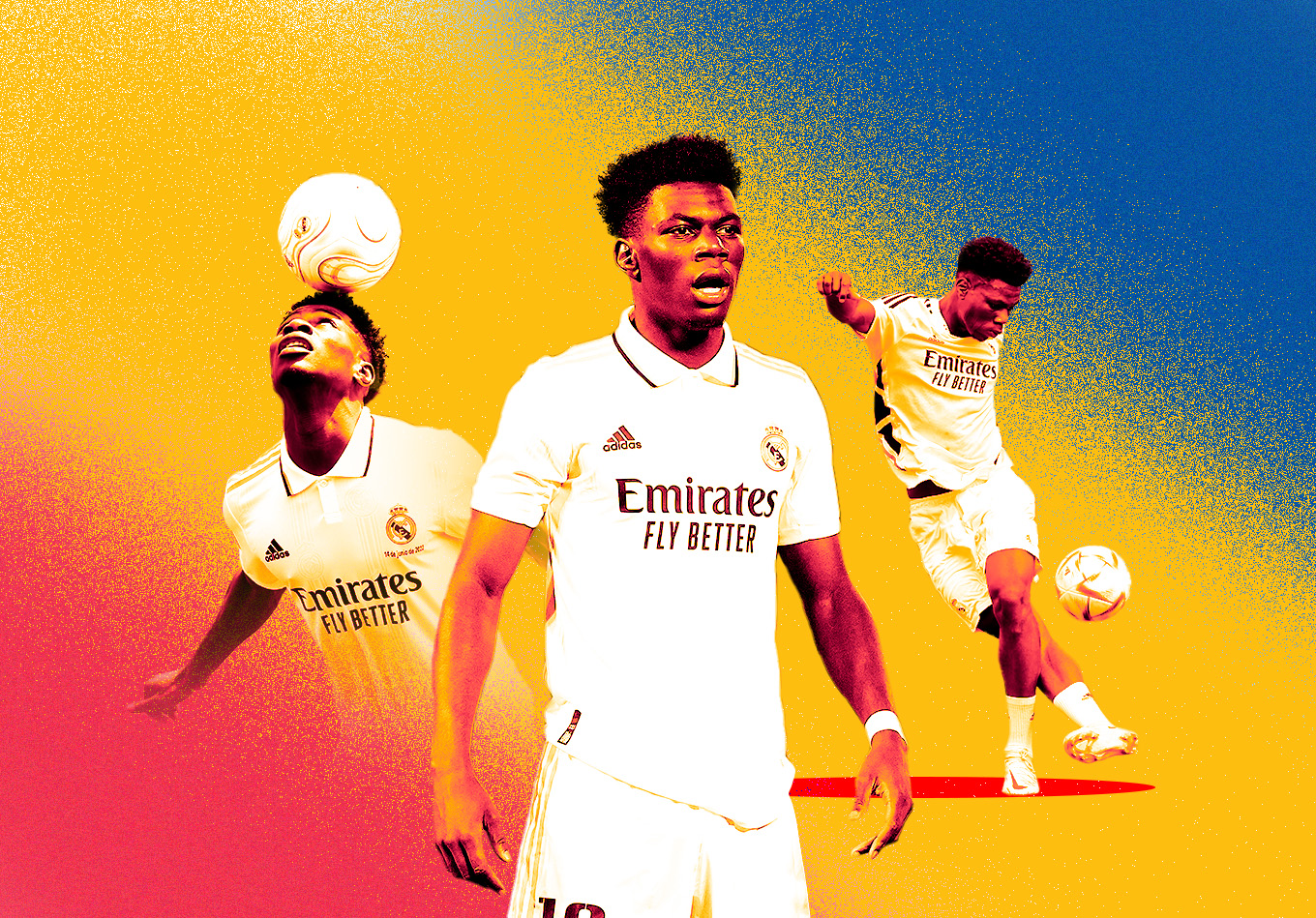 In one of the biggest moves of the summer, highly rated French midfielder, Aurélien Tchouaméni, joined Real Madrid for €80m, as Madrid looked to infuse fresh blood into their midfield. This comes after securing another French crown jewel, Eduardo Camavinga, last summer from Rennes.

Madrid’s midfield is looking at a new dawn. The legendary trident of Toni Kroos, Casemiro and Luka Modric, dominated the middle of the pitch for almost eight years, winning five Champions League titles, including an unheard of three-peat. The trio won all eight of the finals they appeared in, defining an unprecedented era.

But eras come to an end.

The transition in midfield was brought forward in time due to Casemiro’s shock transfer to Manchester United. While losing arguably the best ball winner might weaken Madrid in the short term, the replacement in place has the potential to eclipse his predecessor. With Modric now 37 years old and Kroos 32, a change in midfield is inevitable

As Los Blancos prepare for their future without their holy trident, we provide an in-depth Aurélien Tchouaméni analysis, looking at how he will influence things at Real Madrid.

Tchouaméni is a defensive monster. His ball winning ability is arguably his biggest strength. He is not only incredibly effective but his ball winning toolkit is incredibly diverse as well. He can tackle, intercept, contest aerially and recover loose balls just as well.

Standing at 6-foot-1, he is an aerially dominant presence. The Frenchman is averaging 3.8 aerial duels per 90 with a success rate of 78.6%. He is able to challenge aerially in the middle of the park and win the first contact. While he is able to win aerial duels from a standing position, he isn’t the best at attacking deliveries from attacking set-plays despite his height.

His size and raw athleticism gives him a very big zone of control. His build makes him a physically dominant presence to come up against in one-v-one duel situations. He times his challenges well and uses the angle of approach to his advantage, when going in for the ball.

Looking at his defensive action map from his time at Monaco, we can see his screening presence in front of his own penalty area, shielding his backline. His defensive coverage enables other teammates to push forwards. The volume of defensive actions in the wide region provides cover to accommodate for aggressive fullbacks.

While his physical attributes make him an insurmountable presence in midfield, it’s his game reading ability that makes him even more effective in performing these actions.

He can anticipate passes and use his speed to close in on opponents and span to lunge in and intercept passes before reaching their intended targets.

His awareness helps his positioning without the ball against teams in settled possession allows him to maintain close access to opponents and the ball This allows him to be the first to reach a loose ball and help his side recover possession. With his positioning he’s able to block out immediate passing options. His burst of speed and athleticism also helps in recovering from precarious situations.

With his skillset, Tchouaméni can often be overzealous to jump out and contest for possession, which if unsuccessful might leave his side vulnerable.

In possession is where Tchouaméni promises to offer a world of difference from Casemiro. While Casemiro was serviceable on the ball, he was often Madrid’s weakest link in possession, especially under pressure. In build-up phases, Madrid often looked to bypass the Brazilian.

The Frenchman is an adequate passer on the ball, showcasing range and variety in his repertoire.

One of the clearest improvements that Tchouaméni has brought over Casemiro is his verticality in passing. The Frenchman is looking to gain valuable yards with his passing every time he gets on the ball. Out of his 233 successfulpasses in La Liga, 25% have been made in the forward direction, helping his side gain territory.

This plays directly into Madrid’s inclination to play on transitions. Tchouaméni is able to recover possession and help Madrid launch an attack immediately, catching the opposition off-shape. Real Madrid have recorded the most direct attacks in La Liga this season (24). Blessed with potent wingers, Vinicius, Rodrygo and Fede Valverde, Los Blancos have pace in plenty to exploit opposition’s disorganization in these moments.

He has the ability to play clipped passes from deep into space for the runners, further helping Madrid spring into attacks following a turnover. While his execution over medium and long ranges is serviceable, he isn’t a deep lying playmaking option per se. His average pass length of 15.9 metres from his position suggests he is often looking to make short and crisp passes.

His adventurous deployment higher up the pitch has seen his playmaking side of things surface. The Frenchman excels at initiating quick combinations higher up the pitch, speeding up the tempo. He has the vision to execute incisive line breaking passes in the attacking third, as was evident by his assist against Espanyol.

He is an able ball carrier into open spaces but his dribbling ability (ball carrying and take-ons) in tight spaces can yet improve. His game isn’t refined yet to directly impact proceedings from these situations, but he prefers passing over carrying as his mode of progression as well.

There is further scope for improvement in his on-ball game. His passing under pressure can be better and by extension his body orientation while receiving under pressure. He can improve at offering himself for the ball in the build-up phases while escaping cover shadows and turning away from pressure.

Tchouaméni made a name for himself as an elite ball winning midfielder. He wins back possession at an unrivalled rate. Given his ball-winning abilities, it’s easy to classify him as a classic disruptor in midfield and while there is truth to it, his diverse skillset allows him to operate in a much more dynamic box-to-box role as well.

During his time at Monaco, he played both as a lone pivot and in a midfield two, showcasing his ability to influence games in any third of the pitch.

Over the years Madrid has largely utilized a 4-3-3, with Kroos-Casemiro-Modric making up the three-man midfield. While this is still true under Carlo Ancelotti, Tchouaméni’s role under him so far has been rather interesting.

While listed as the defensive midfielder in a midfield three on the team sheet, he has been offered a greater degree of freedom during build-up and progression phases. This can be noted in his open-play touch locations as well. While he continues to make a major chunk of his touches in the defensive third of the pitch, he can record more touches in the central areas in the opposition half.

Playing alongside the veterans Modric and Kroos, Tchouaméni has been seen to operate higher than either of the midfielders, in a similar way to Casemiro, who was often bypassed during the build-up phase and used almost as a box threat at times. This was most notable against Espanyol during the first half, when the 22-year-old frequently got touches further up the pitch than the duo, as can be noted in the pass network above. A part of it is down to the opponent’s style of play as well.

Ancelotti has previously distinguished between Casemiro and Tchouaméni, hinting towards using them at the same time, giving the Frenchman a license to attack and we have seen examples of that on the pitch.

While having the freedom to bomb forward, he is an integral part of Madrid’s defensive organization and there are aspects of his positional discipline that needs work, especially during defensive transitions when he is higher up the pitch.

Real Madrid isn’t among the most structurally defined teams in the world, where a player strictly performs an assigned set of duties. His role is a by-product of his midfield partners, Ancelotti pointed out the need to understand different interpretations of the role while playing alongside Kroos and Modric as compared to playing alongside Camavinga and Valverde.

In the current setup he is being afforded room to encounter and interpret different situations in-game. There are aspects of positional discipline that he needs to inculcate in his style of play and at his age, this is part of the learning curve for him.

The answer to Madrid’s midfield future might lie in Tchouaméni’s past. While having the ability to play as the lone ‘6’, the Frenchman has mostly played as a part of a midfield two either in a 4-2-3-1 or a 4-4-2 at Monaco.

This allowed both the offensive and the defensive aspects of Tchouaméni’s playstyle to shine, giving him enough room to influence games with his vertical passing while performing the ball winning duties.

This might give an insight into how Madrid’s midfield may take shape in their current composition. Their current midfield crop consists of high-octane ball winners who are all capable of making the most out of a transition situation, either via ball carrying or vertical passing. Tchouaméni’s partnership with Camavinga is an exciting prospect moving forwards.

While neither is exactly a lone pivot, having the combination of the two makes for an exciting blend of ball winning ability, while maintaining verticality in possession. Both enable a brand of transition football that fits in line with Madrid’s attack. Camavinga has showcased the ability to thrive in high tempo chaotic situations, while being an excellent ball winner himself, albeit of a different mold.

Fede Valverde further enhances the transition prowess with his powerful and lung-bursting ball carries from midfield. With all of them in midfield, Madrid have line-breakers, ball winners and adequate transition threats.

While it seems unlikely Madrid change their shape and base their play around Tchouaméni, which seems reasonable, he could still thrive in Madrid’s 4-3-3 as the lone pivot with the current supporting cast besides him. His disruptor abilities combined with his verticality makes him a solid option at the base of the midfield with further scope for improvement.

The void to fill in Madrid’s midfield is big but so is the ceiling on the current replacements. Valverde, Camavinga and Tchouaméni, all under-23 years of age, are at the forefront of this transition. While they aren’t like-for-like replacements for their predecessors, they will help usher in a new, exciting dawn in the midfield for Madrid.

Madrid’s midfield for the future looks different from their past, even if it’s not in the way it’s depicted on the team sheet, things look different but in a promising way. 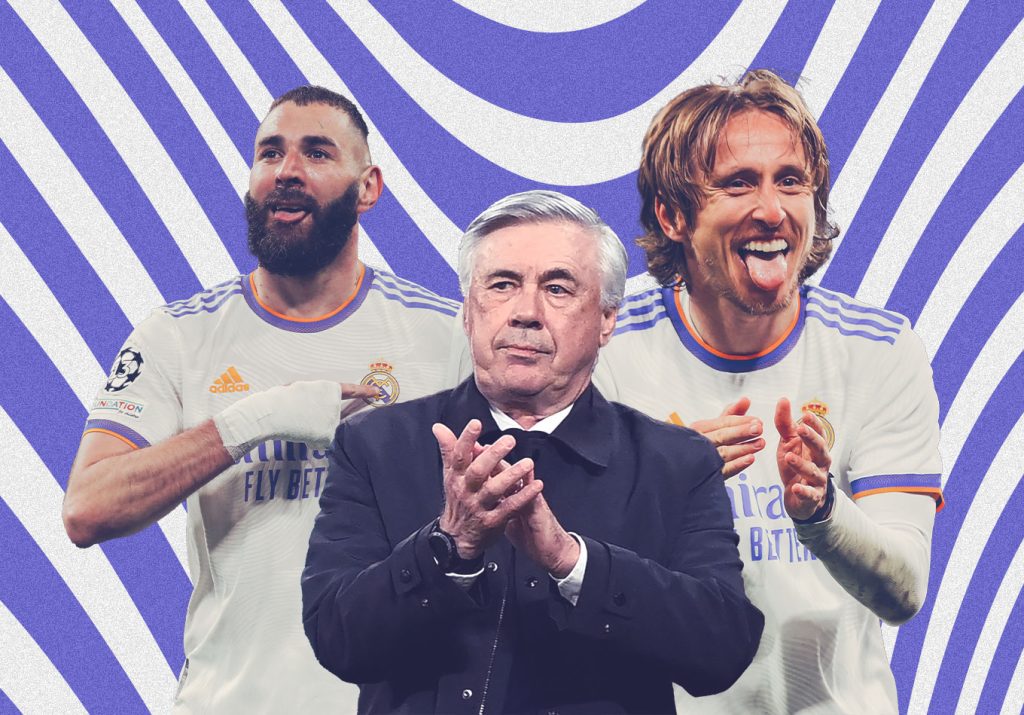 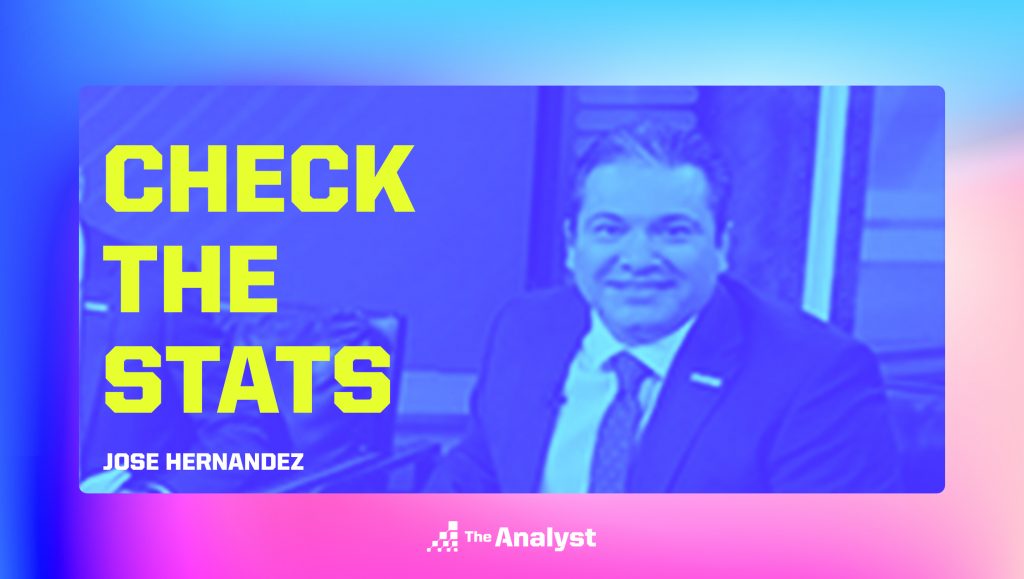