No Shortage of Contenders: Our AFC Preview, Win Projections and Playoff Predictions | The Analyst 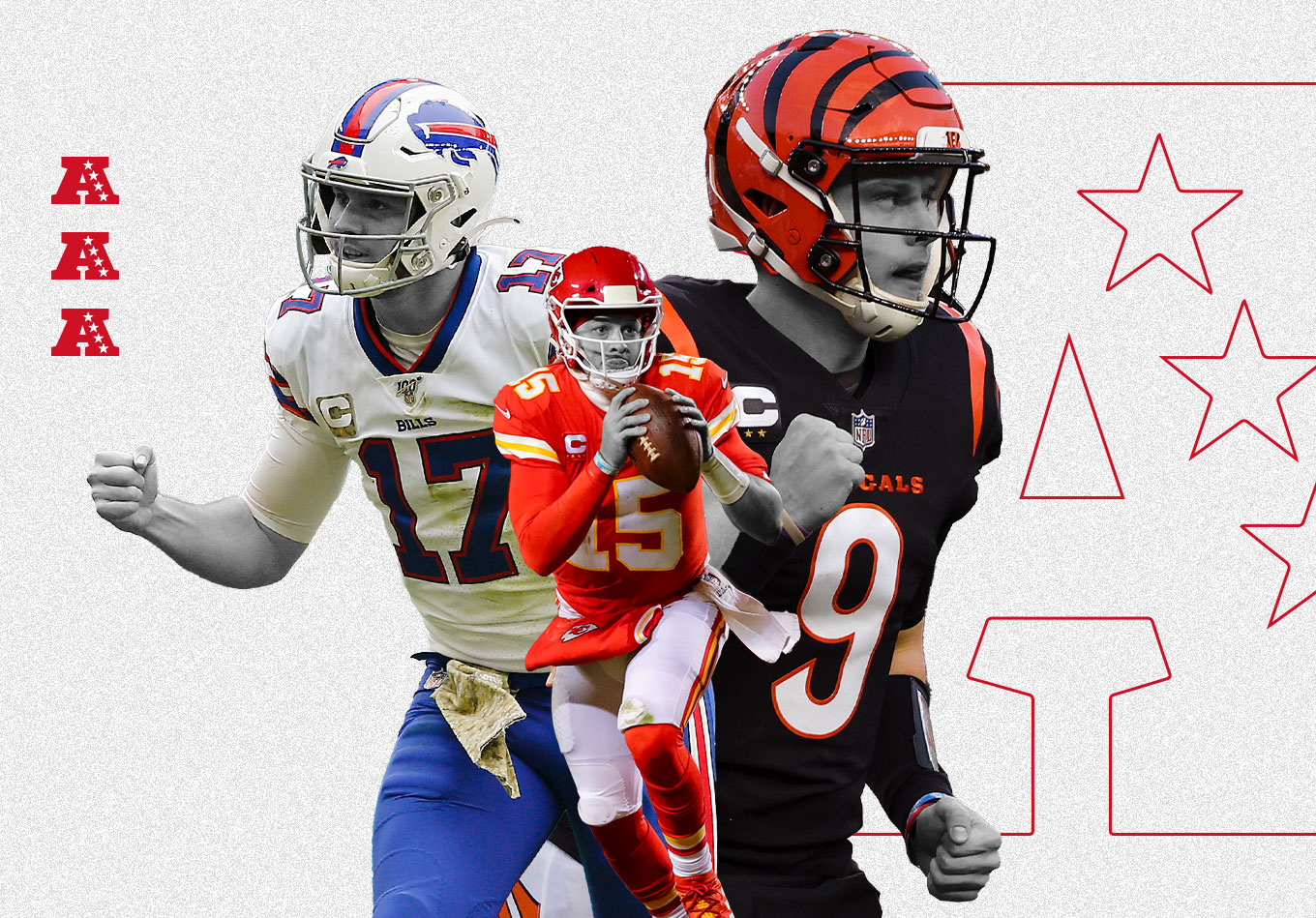 No Shortage of Contenders: Our AFC Preview, Win Projections and Playoff Predictions

On a frenzied January night in Kansas City, it seemed as though the AFC title would be decided by the toss of a coin.

The Kansas City Chiefs were the beneficiaries, coming up the field one last time to beat the Buffalo Bills, but Patrick Mahomes and Co. fell short of the Super Bowl.

That the Chiefs were stunned by the Cincinnati Bengals in the AFC championship game said a great deal for the strength in depth of the conference. And that has been ratcheted up to another level over the course of the offseason, with Russell Wilson and Davante Adams among the notable names traded into the AFC.

The NFC may still have the defending Super Bowl champions, but there’s no shortage of contenders here – including as many as four in one wild division out west.

The Chiefs and the Bills would both have been hugely disheartened by the manner in which their seasons ended. Kansas City had the fortune that deserted Buffalo, but was unable to make the most of its reprieve against the Bengals.

But that will merely make Mahomes and Josh Allen two of the more motivated superstars heading into the new season.

Mahomes is now without Tyreek Hill, yet the offensive line went from strength to strength as last season wore on, ranking third in pass protection win percentage by the year’s end. Our model projects an AFC-high 26.0% likelihood the Chiefs make the Super Bowl.

How do our projections work? Every future game is projected to give a predicted win percentage for each team across its remaining games. The projections are calculated by looking at each team’s quarterback and performance in terms of EVE (yards added in expected passing situations) as well as team values for pass protection/pass rush, skill position players/coverage defenders and run blocking/run defense.

The projected win percentages are then aggregated to produce the forecasted standings, which have the Bills on top in the AFC East.

Allen showed in that playoff blockbuster he can be every bit a match for Mahomes at his best. He threw nine touchdown passes across his two playoff games; no player had previously thrown more than seven while playing two games or fewer in a single postseason.

The Bills have an AFC-leading 88.7% chance of making the playoffs and trail only the Chiefs in terms of their potential for a run to the Super Bowl (18.7%).

Of course, the Bengals have to be considered after coming close to winning it all, while the Tennessee Titans actually matched the Chiefs for the best regular-season record in the AFC despite Derrick Henry being limited to eight games.

However, the trade of receiver A.J. Brown to the Philadelphia Eagles may restrict their ceiling on offense and ability to compete this year. Our model gives the Titans just a 30.7% chance of reaching the postseason, and they’re projected to finish behind the new-look Indianapolis Colts in the AFC South.

Deshaun Watson’s suspension will give the Cleveland Browns work to do just to make the playoffs, but they may well be a serious threat if they get there – hence their 13.3% shot at coming out of the AFC as conference champions.

A conference packed with quarterback talent also includes former MVP Lamar Jackson, who is looking to carry the Baltimore Ravens back on course after a difficult 2021 in which they finished bottom of the AFC North.

But if the Chiefs are the team to beat, perhaps one of their division rivals can cause an upset. Each of the Los Angeles Chargers, Denver Broncos and Las Vegas Raiders have reasons to be optimistic.

The Chiefs have won the AFC West six years in a row, but there is no guarantee that will become seven.

The scale of the challenge before Kansas City represents a big boost to their AFC rivals.

Justin Herbert looks to lift the Chargers into contention after the 14th 5,000-yard passing season in league history helped his offense finish fourth in the league in yards per game (390.2) and fifth in total points scored (747) last season. Crucially, the Chargers have added defensive help in the form of Khalil Mack and J.C. Jackson.

Yet their offseason work perhaps pales next to that of the Broncos and the Raiders.

Wilson left the Seattle Seahawks for the Broncos, who promptly handed him a huge contract, clearly feeling he and Nathaniel Hackett can be the QB-coach combo they have been missing to return them to the postseason.

Support for that belief comes from Wilson’s performance in the aforementioned quarterback EVE, which measures a signal-caller’s performance in expected passing situations against the league average. Despite playing only 14 games on a Seahawks team that finished in the NFC West cellar, Wilson was still 13th in EVE, just behind Tom Brady.

Meanwhile, Adams has reunited with former Fresno State teammate Derek Carr on the Raiders. And our positional rankings subsequently have Las Vegas No. 1 in terms of skill position talent in the NFL.

The Chiefs will undoubtedly now be made to work for the division after years of dominance.

Of the seven AFC teams considered most likely to make the Super Bowl, four come from the AFC West.

With half of the conference potentially in contention for a Super Bowl run, there is perhaps no true sleeper pick.

But the Ravens are projected to go from worst to first in their division, and only the Chiefs and the Bills have more realistic hopes of a meeting with the best the NFC has to offer next February (16.0%).

Much will depend on a return to form for their dual-threat superstar.

Baltimore was firmly on course for the playoffs at the time of the ankle injury that kept Jackson out, but it had already been by far the QB’s worst season as a regular starter.

After 3,127 passing yards and 36 passing TDs and 1,206 rushing yards and seven rushing TDs in his MVP season of 2019, Jackson had regressed slightly in 2020 and struggled further last year both through the air and on the ground.

Jackson threw 16 TDs and 13 interceptions in his 12 games in 2021, while his 767 rushing yards were second among QBs to Jalen Hurts – a category he had dominated in the previous two campaigns.

Everything the Ravens do when they are good goes through Jackson, so his performance level will make or break their season.

Is It Tua Time?

With the wealth of talent at the top of the AFC, there must also be some dregs at the bottom. The Miami Dolphins might fear they belong instead to that category, given only the New York Jets (6.9) and the Houston Texans (4.8) are projected for fewer wins (7.0).

The Dolphins made their own big move this offseason, taking Hill out of the AFC West to give Tua Tagovailoa little excuse in his third season.

Hill got open on 82.7% of his targets last season (13th among those with at least 70 targets), with those skills of separation sure to come in useful when attempting to link up with a passer in Tagovailoa who threw to an open target just 73.8% of the time (78.0 league average).

The Dolphins are not expecting Tagovailoa to be Mahomes, but they need him to be much better than he has been thus far for this project to work.