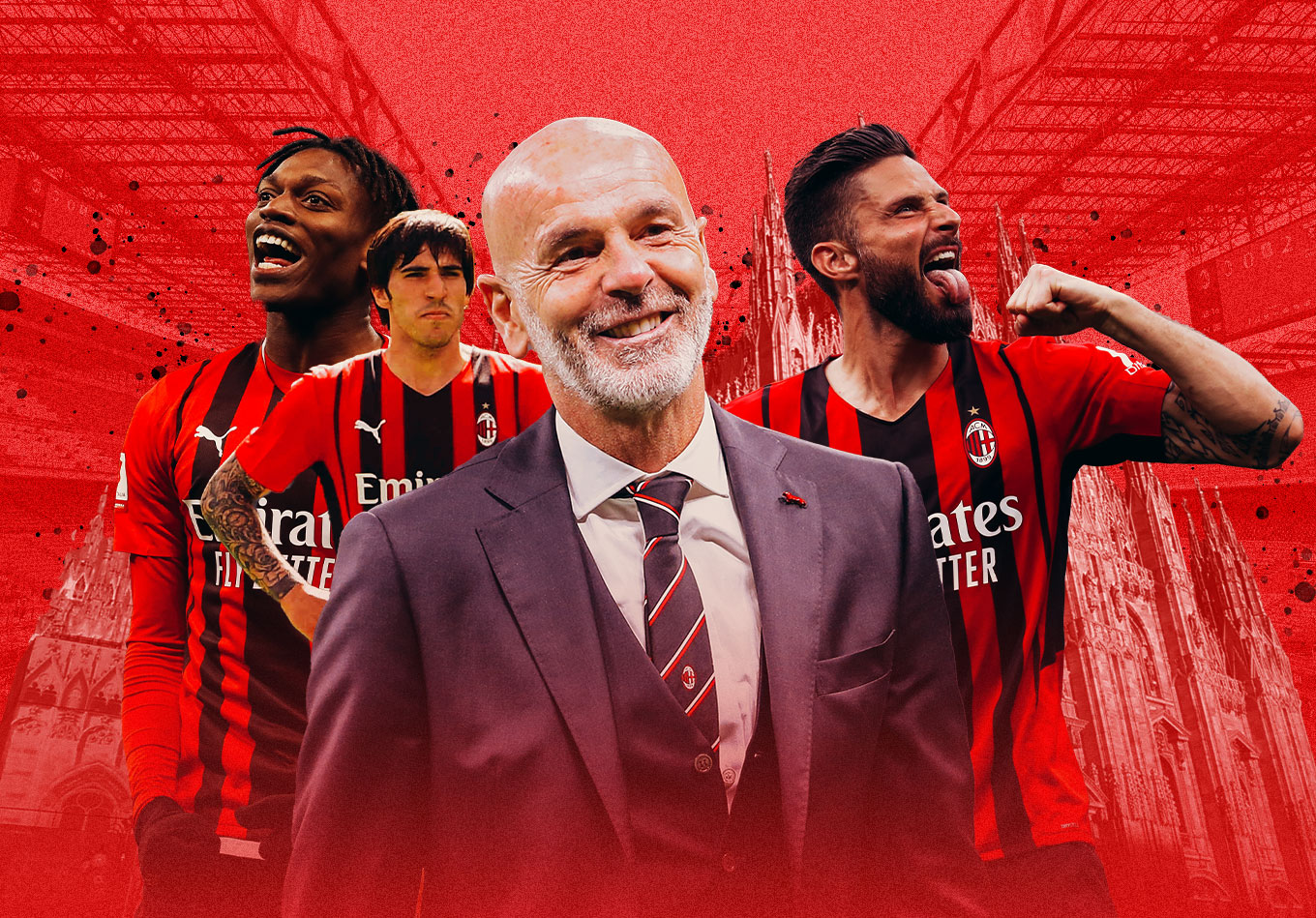 As their Serie A rivals attempt to turn back time, champions Milan are looking to the future.

Of course, this is a move that worked for Milan last season, as Zlatan Ibrahimović had played for three different clubs in three different countries between featuring in the Rossoneri’s two most recent title-winning campaigns.

Ibrahimović , soon to turn 41, has signed up for another season, but there is a young, exciting core to the Milan team who secured that latest title and will now bid to defend it.

And this average was dragged up significantly by Ibrahimović and Olivier Giroud.

Among the 10 outfield players to start 20 or more league games for Milan in 2021-22, nine were below that average age at the end of the season, with Giroud (35y 233d) the exception.

Giroud scored 11 goals, including two the day the Rossoneri won the title at Sassuolo, but even he made only 22 starts as Stefano Pioli showed faith in his young charges.

Of those, only Díaz was not in the XI at Sassuolo, with the 28-year-old Rade Krunić preferred.

That this young Milan side held their nerve on that day – needing to avoid defeat to ensure they could not be pipped at the post by Inter – justified Pioli’s approach, and the club have seemingly sought to get even younger ahead of their title defence.

Realistically, given the financial power of other clubs across Europe, Milan have had little choice but to pay for potential rather than proven performers.

Yet their early moves in this offseason sought to find a blend of the two, as Milan honed in on two stars of Lille’s shock 2020-21 Ligue 1 title success.

Centre-back Sven Botman, only 22, was a favourite of Paolo Maldini, while Renato Sanches, somehow still 24, appeared a good fit for a midfield set to be robbed of Kessié following his move to Barcelona as a free agent.

Instead, Kalulu could be set to start again alongside Tomori, and Tommaso Pobega, returning from a loan at Torino and now 23, is a likely replacement for Kessié.

Milan have preferred to focus their limited budget on the attack, successfully holding off rival interest to sign Charles De Ketelaere.

The Belgium international, who turned 21 in March, contributed 14 goals and nine assists in 39 First Division A matches for Club Brugge last term.

De Ketelaere was the second-youngest player in the Belgian top flight to tally at least five goals and five assists for the season – after Anderlecht’s Bayern Munich loanee Joshua Zirkzee (16 goals, nine assists).

He will now link up with Leão (11 goals, eight assists), who was the second-youngest to achieve that feat in Serie A in 2021-22 – after Sassuolo’s Giacomo Raspadori (10 goals, five assists).

Even De Ketelaere’s Belgium team-mate Divock Origi – another new forward signing and set to become Milan’s latest experienced option up front – is only 27.

The signing of Origi, an elder statesman in the Milan dressing room, would actually have made Serie A rivals Juventus (27y 319d) and Inter (29y 73d) younger.

Indeed, Inter were the third-oldest team in Serie A last season – after Sampdoria (29y 212d) and Lazio (29y 217d) – with their squad already in need of regeneration a year after winning the Scudetto.

There is no danger of Milan being in the same position, with their young side getting younger and extending their window in which they can expect to contend for further titles.

Milan’s title winners will undoubtedly benefit from their 2021-22 experiences, too.

In the Champions League, they were even greener. Besides Giroud, who had played 41 games and started 25, those nine other Serie A regulars had made just 11 combined appearances and five combined starts in Europe’s elite club competition up to that point.

Milan’s European campaign did not pan out as they would have hoped, losing their first three group stage matches and finishing bottom of the table in a punishing pool, but there was a dramatic away win at Atlético Madrid, and the Rossoneri twice took the game to eventual finalists Liverpool.

There may be departures along the way – and Milan will hope to receive a fee, unlike in Kessié’s case – but this team should continue to grow together.

If Milan’s players progress as they have done so far, there will be plenty more title challenges – and perhaps even a tilt at an eighth European crown soon enough.