Race to the Century: The Youngest Players to Play 100 Premier League Games | The Analyst 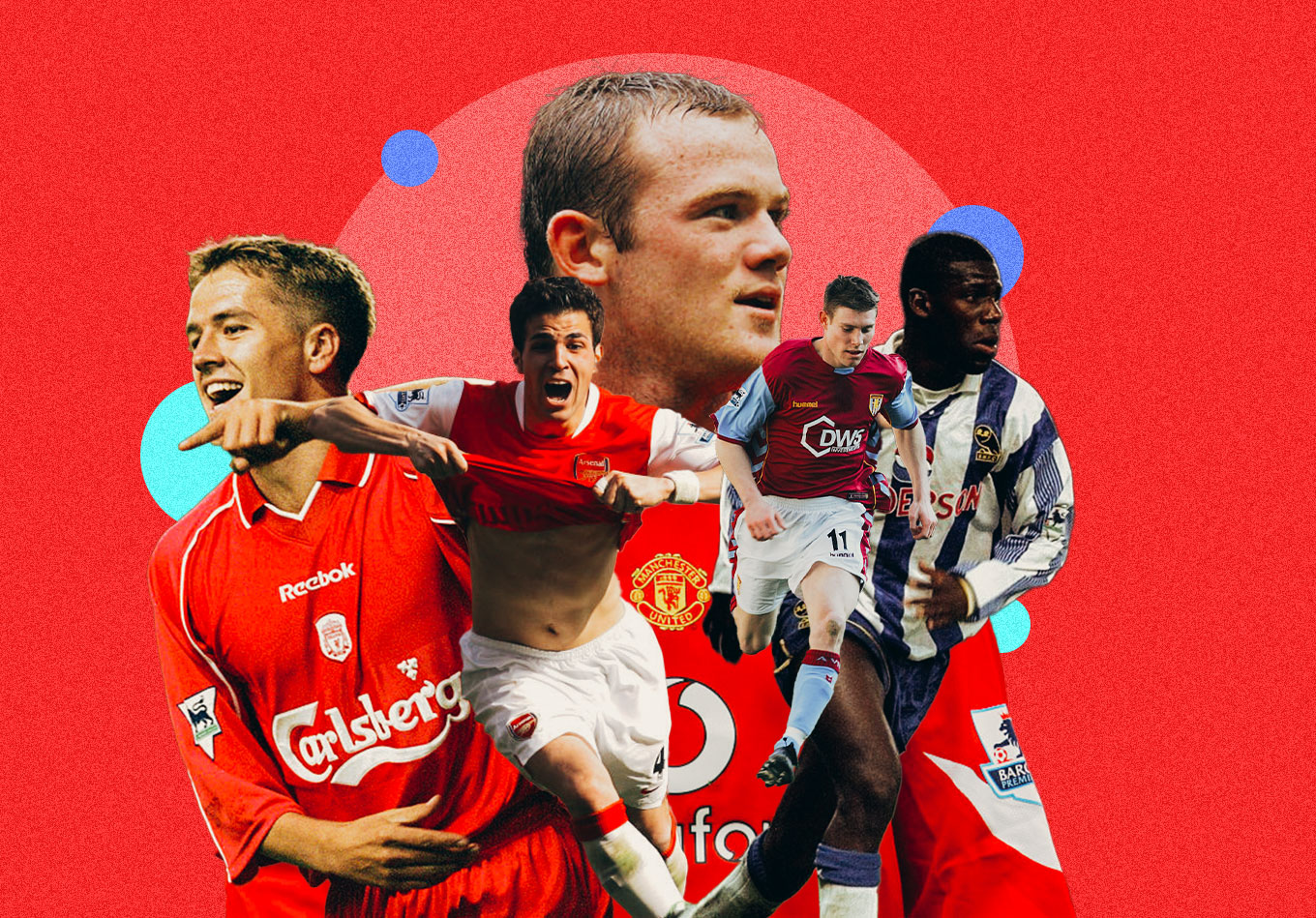 Arsenal’s Bukayo Saka and Manchester City’s Phil Foden both made their 100th Premier League appearance at the weekend, versus Bournemouth and Newcastle United respectively.

Surely they’re two of the youngest players to reach a century of Premier League games, right?

Correct for Saka, but very wrong for Foden.

Whilst Saka enters just inside the top 10 – level with Joe Cole at 20 years and 349 days old, there are 52 tyros that can put their hand up and say that they were younger than Foden when they reached the 100 appearances in the competition – we look in detail at the youngest five.

Wayne Rooney became the youngest player to reach 100 Premier League appearances when he played for Manchester United in their derby against Manchester City at Old Trafford in September 2005. In doing so, he broke a 10-year record in the competition, overtaking Chris Bart-Williams’ achievement of being the youngest of the landmark in February 1995.

Verdict: At the time of writing, Rooney is still the all-time leading scorer for Man Utd in all competitions (253 goals), while only Bobby Charlton (199) has scored more league goals for the club than he did (183). He is also the leading scorer in England men’s history (53), while no outfielder has won as many caps for the Three Lions (120).

Only Alan Shearer (260) scored more Premier League goals than Rooney (208), only Ryan Giggs (162) and Cesc Fàbregas (111) assisted more often in the competition than he did (103), while he was one of only three players to reach the century of goals and assists in the competition (alongside Shearer and Frank Lampard), but having played his last Premier League game 179 days short of his 33rd birthday, there will always be a lingering feeling that he could have achieved even more.

Rooney is, arguably, the Premier League’s last anti sports science player who will make it on sheer talent alone.

Nothing much happened on Monday 9 April 2007 at St James’ Park in a drab 0-0 draw between Newcastle and Arsenal, but it did see Spanish midfielder Cesc Fàbregas make his 100th Premier League appearance.

He missed out on becoming the youngest to the landmark by only 19 days, but as a consolation prize he became the youngest non-English star to a century of Premier League appearances.

He left Arsenal in the search for a league title medal – which he got in his second season in the first-team at Barcelona in La Liga (2012-13), before adding two Premier League titles with Chelsea in 2014-15 and 2016-17.

A rarity in that he’s loved by both Arsenal and Chelsea fans, just like the FA Cup trophy this century.

James Milner made his 100th Premier League appearance in a five-goal thriller between Wigan and Aston Villa in April 2006 – unfortunately for the English midfielder, he ended on the losing side.

On loan from Newcastle United at the time, Milner became the second youngest player to reach 100 appearances, just seven months after Wayne Rooney set the record (Fabregas overtook Milner a year later, pushing him to third in the rankings).

Milner was recognised for his achievement with a card – a yellow from then-referee, now TV-man-in-a-room-explaining-VAR-decisions expert Peter Walton.

Verdict: Nothing boring about being the third youngest player to 100 Premier League appearances, is there.

He holds the title of the Premier League’s most used substitute (177) and is now just 10 matches away from being only the fourth player to reach 600 Premier League appearances. With only 64 appearances left to make before breaking Gareth Barry’s competition appearance record, Milner is a rare occurrence of a player being used so often in his teenage years yet lasting the distance. Even more impressively, he’s still doing it at one of the best clubs in European football, Liverpool, and now has a beard.

Chris Bart-Williams is probably a name unknown to many modern Premier League fans but let me be the one to tell you that he was an excellent player, equally as comfortable in an attacking midfield role or more defensively later in his career.

Bart-Williams was a key player across England youth sides, but cruelly never won a full international cap for the Three Lions despite their struggles in the first half of the 1990s.

His 100th Premier League appearance came in February 1995, as the Owls lost 2-1 at home to Aston Villa – a Dean Saunders brace ruining his day.

Bart-Williams may have been the 27th player to reach 100 appearances in the Premier League, but a little-known fact is that he was the first to do so under the age of 21.

Verdict: Bart-Williams made more Premier League appearances before his 21st birthday (109) than he did after it (102), with four of his last five seasons as a Nottingham Forest player coming in the second tier. Undoubtedly a big talent, he never lived up to expectations of many – but still had a solid enough career overall, though.

When Michael Owen broke through at Liverpool in 1998, he was arguably the first potential world class striker produced by England in the Premier League era.

On his 100th Premier League appearance – against Man City in September 2000, Owen scored his 54th goal in the competition. Only 12 players have scored more than Owen by the time they’d reached a century of appearances in the Premier League, none of those at a younger age.

Overall, he managed 72 goal involvements in his first 100 Premier League games, and he was still 95 days shy of his 21st birthday.

Verdict: Weirdly, despite being such an obvious talent and potent goal scorer, Owen never registered 20 goals in a single league season as a player.

Only five players scored more goals for the England men’s team than Owen (41), while he remains the last Englishman to win the Ballon d’Or (2001).

Injuries robbed Owen of a phenomenal career – he played just 619 minutes of league football following his 30th birthday, scoring four goals. To show what he could have achieved with a little more luck, Alan Shearer was able to come back from serious injuries in his 20s and go on to score 84 more Premier League goals in his 30s.

Here are the names who round out the top 10, all of them English and with nine Premier League title wins between them.