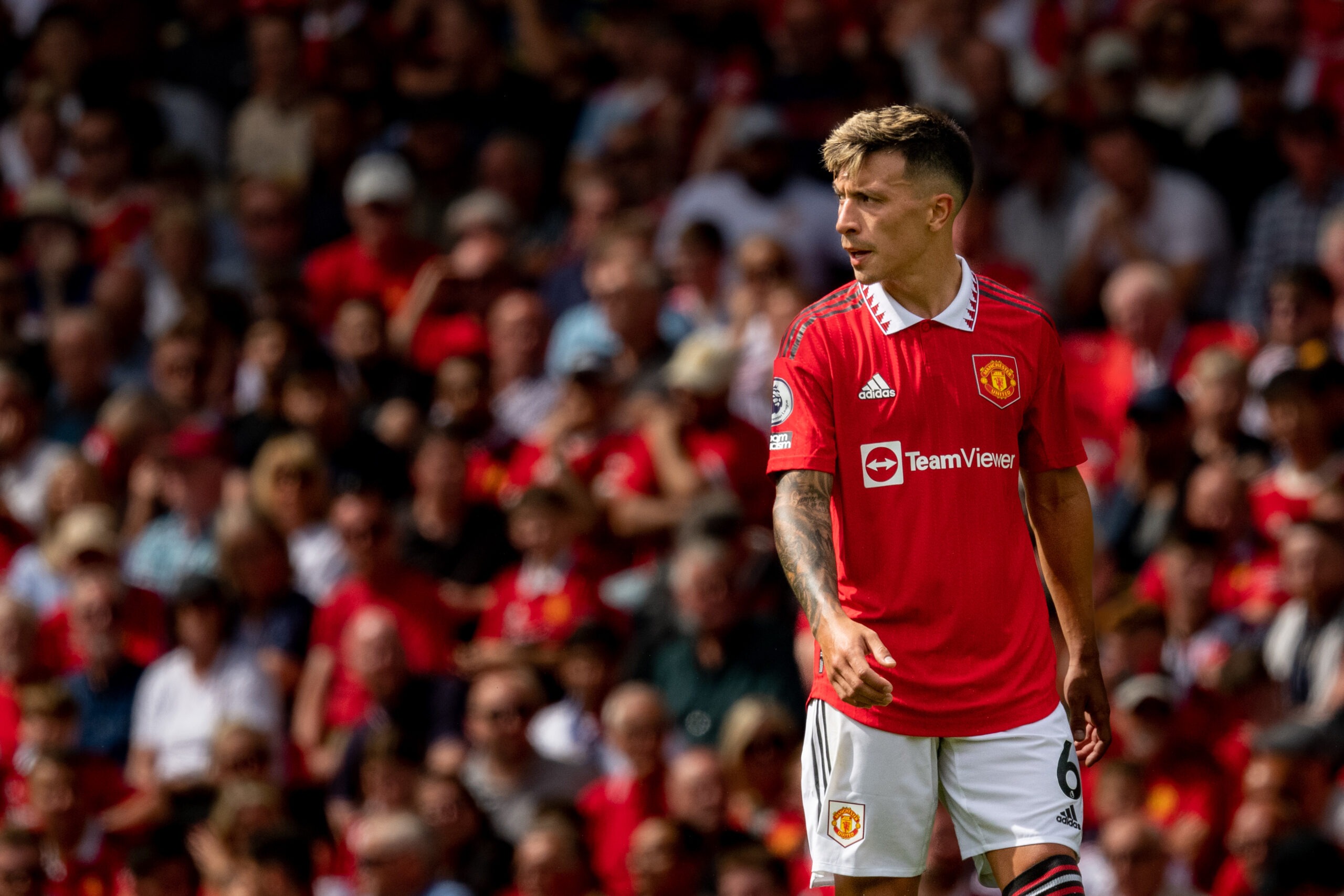 Manchester United’s start to the season has been awful. You don’t need us to tell you that.

They’ve only lost their first two games of a Premier League season once before, in the inaugural 1992-93 campaign. Sir Alex Ferguson’s side actually went on to win the title that season, but to suggest Erik ten Hag’s charges could do the same this year will see you laughed out of most social circles. And probably fairly so.

One of the most obvious areas where United have struggled this season has been playing out from the back. It’s something that Ten Hag clearly wants his side to do. The problem he’s got is that the personnel at his disposal don’t seem comfortable doing so.

And none more so than David de Gea.

Which is why it’s all the more confusing that Manchester United are willingly putting him in situations where he needs to play with his feet.

Lisandro Martínez (11) has taken more goal kicks this season than De Gea (6). Every single one has been a short, sideways pass to the Spaniard, who then looks to build United’s attack from deep.

Which would be fine if that was a role De Gea was comfortable doing. But he’s not. So, it’s not.

And opposition teams know this.

Let’s look at two situations – one from each of United’s defeats – to illustrate this point.

First, a move at home to Brighton. Martínez knocks the ball square to De Gea. The ‘keeper has a clear option for a short pass out to Harry Maguire. But United have already looked shaky playing out from the back, and De Gea is obviously nervous to try it again. So, he delays the pass.

Which is okay. Delaying the pass opens up a passing lane to Fred in midfield, which is a clear option. There’s easily a big enough gap to thread the ball through.

But De Gea clearly doesn’t back himself to get it right. Nor is he helped by Fred’s somewhat half-hearted appeal for the ball to be played to feet.

So he doesn’t play it, and Lallana eventually closes that option off. The pass right to Maguire is still on, though. Yet De Gea remains reluctant to play it short. Maybe because there’s a chance he’ll get it played back to him. Maguire isn’t exactly demanding the ball either.

In his indecision, and at the slightest whiff of pressure from Brighton’s front three/four, he decides to go long.

But even that results in a sloppy, aimless ball forward. Brighton win possession and from the resulting counter-attack, they score their first goal.

Against Brentford, De Gea’s lack of precision was further exposed.

Look at the setup before Martínez takes the goal kick: Brentford’s Ivan Toney and Bryan Mbeumo are ready to pounce the second the ball is played to De Gea.

The ball is played square and, sure enough, the Brentford pair apply immediate pressure. De Gea knows it’s coming and that puts further stress on his first touch, which is poor. Had it been better – out of his feet and across his body –  then he could have shifted to ball easily to Maguire, or maybe attempted a clipped pass to Diogo Dalot.

But as it is, his control is ponderous, and it lets Toney arch his run to block off the out-ball to Maguire.

De Gea is forced to play centrally to Christian Eriksen, who is under relentless pressure from Mathias Jensen, who had an absolutely superb game.

As was characteristic all over the pitch, the Brentford player is more physical and has more desire to win the duel. Jensen manages to disrupt Eriksen’s pass back to Maguire, picks up the ball and slots it home.

If Ten Hag remains insistent in playing from the back – and past experience shows us he won’t vary from this stance – then a long-term replacement for De Gea is surely on his mind.

For the short-term, maybe Martínez should stop passing it short to his goalie. De Gea going short to Martínez, renowned as an excellent passer, might be a quick solution.

Across their two matches so far in 2022-23, Manchester United have allowed their opponents eight shots following a high turnover (four per game) – way above their 2021-22 seasonal average of 1.6 per game.

Two of their goals conceded against Brentford came from turnovers of possession within 40 meters of their own goal – the first time that they’d conceded multiple goals from high turnovers within the same Premier League game since Sir Alex Ferguson retired.

It will be interesting to see whether United continue with the current approach against Liverpool, one of Europe’s most ferocious pressers, or whether they opt for a more pragmatic approach.