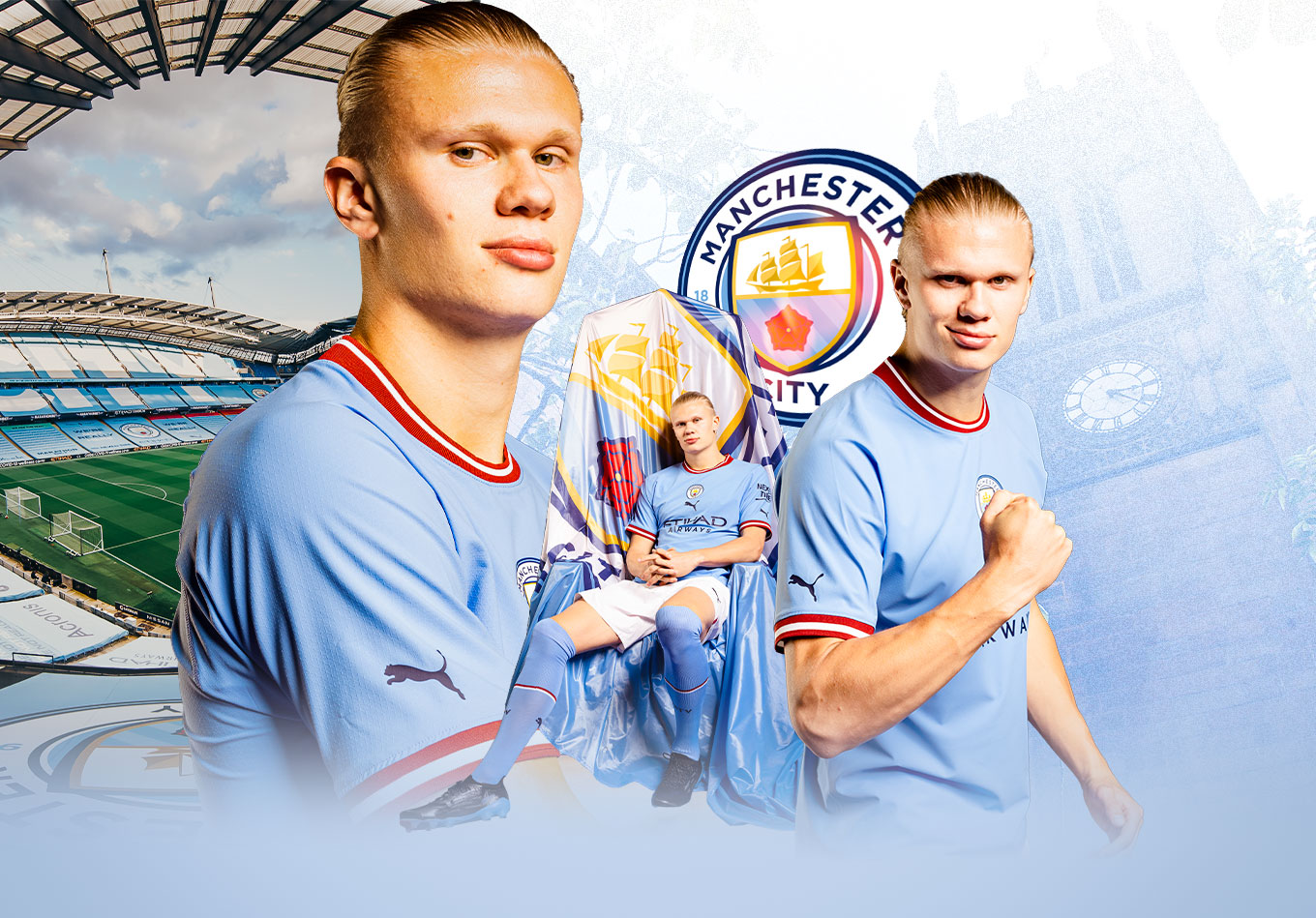 Manchester City spent the 2021-22 season without a striker. Erling Haaland spent the year scoring 29 goals in 30 games for Borussia Dortmund, taking his tally for the club up to 86 in 89. Man City needed to buy a striker. Haaland is one of the best in the world. On the simplest level, the move is just common sense.

But scratch the surface and you find two competing ideologies: a penalty-box poacher and a club built on swirling midfield domination; a player of straight lines in a team of triangles. For Haaland to be a success at Man City either he must radically alter his playing style or Pep Guardiola must adapt his tactical patterns to accommodate the 21-year-old. Most likely, it will require a bit of both. There is no guarantee it will be a success.

What makes the signing particularly intriguing is that Haaland forms part of a significant transfer policy shift that is difficult to explain. Over the last 12 months Guardiola has signed or reportedly attempted to sign Jack Grealish, Cristiano Ronaldo, Paul Pogba, and Haaland: four superstars who appear to contradict the most basic principles of his self-sacrificial tactical philosophy.

Yet Guardiola’s possible motivation, and indeed a reason why Haaland may counter-intuitively prove to be the perfect fit, can be found in analysis of some of Man City’s worst performances of last season. But first, it is worth analysing just how unnatural a fit Haaland and Guardiola are.

Haaland has been educated in the Germanic school of vertical lines rather than carefully built possession; of playing quickly in the transition (when the ball is turned over) to get in behind the opponent. This is reflected in the major differences between Man City’s and Dortmund’s direct speed and passes per sequence, as the below graphic shows:

To illustrate this point further, last season City completed a total of 887 10+ pass sequences while Dortmund completed only 490, and while 31.1% of City’s ended in a shot only 19.2% of Dortmund’s did. Unsurprisingly, Man City’s pass completion (89.7%) is higher than Dortmund’s (84.0%) while Dortmund had more fast breaks (27) than Man City (19) despite playing four fewer league matches.

As a consequence Haaland is expected to play on the shoulder of the last defender, rarely pressing and rarely getting involved in play outside the box. Haaland’s average of 35.0 touches per 90 is lower than the figure recorded by Sergio Aguero or Gabriel Jesus in any of the last three years, while the percentage of his overall touches recorded in the opposition box – 20.7% – is higher than anyone at Man City from the 2020-21 season onwards.

It is difficult to disentangle an individual’s playing style from the demands of the team, but the eye test shows that Haaland’s lack of work outside the area is a choice made partly because of his own technical deficiency. So far, he’s not been much of a link player, rarely showing for the ball in deeper areas or managing to bring others into play.

Guardiola will, of course, be fully aware of the clash in styles – and would not have signed Haaland with the intention of breaking down the best young striker in the world and rebuilding him from scratch. What’s more likely is that Guardiola is deliberately altering Man City’s tactics in order to overcome their biggest flaw (in as much as you can have a flaw when you win the title) from the 2021-22 campaign.

City dropped points home and away against Tottenham Hotspur, Southampton, and Crystal Palace last season, each time for essentially the same reason: the opponent sat deep and blocked City’s route to goal, forcing City into stale sideways possession by the fact their entire forward line moved towards the ball.

What they lacked wasn’t someone to finish off a team move (their conversion rate of 13.9% last season was third in the Premier League), but rather someone to make a penetrative and intelligent run in the first place. It wasn’t a goalscorer they missed, but someone who gave City’s playmakers the option to create a chance. Guardiola most likely recognises the need to inject some more Germanic energy – a cut-throat edge – into his team’s attacks. Oh, and Dortmund’s shot conversion rate? 18.8%, the highest of all teams in Europe’s big five leagues. That’s what Haaland can do.

This would certainly explain Guardiola’s recent shift towards individualistic, maverick superstars in the transfer window. Perhaps he recognises things can, occasionally, descend into a tiki-taka caricature.

The fear is that Haaland’s relative immobility outside the area will disrupt Man City’s usual possession domination, leading to an increase in the frustrated performances like the ones we saw against Palace, Saints, and Spurs. But there is clearly a case to be made that Haaland – an uncomplicated footballer – will simply improve Man City in the most uncomplicated way.

Last season Man City attempted more open-play crosses (608) than anyone else in the Premier League, reflecting the frequency with which Kevin de Bruyne, from the right, and João Cancelo, from the left, attempt to overcome a defensive shell by delivering early balls into the area. Haaland is exceptional in the air.

And how about this: City had 1591 touches in the opposition area, which, Liverpool’s 1478 aside, was at least 40% more than anyone else in the division. Haaland is a ridiculous penalty-box finisher, recording the third-highest non-penalty goals per 90 in Europe last season (0.75).

The simplest conclusion may be the correct one, but nevertheless, Man City will be forced to adapt their game to accommodate a player whose fundamental skill set runs against the grain. It is, therefore, a gamble; a risk upon which Man City’s season will hinge.