Offensive 'Restoration': Who Figures to Benefit the Most if the Shift Is Banned? | The Analyst 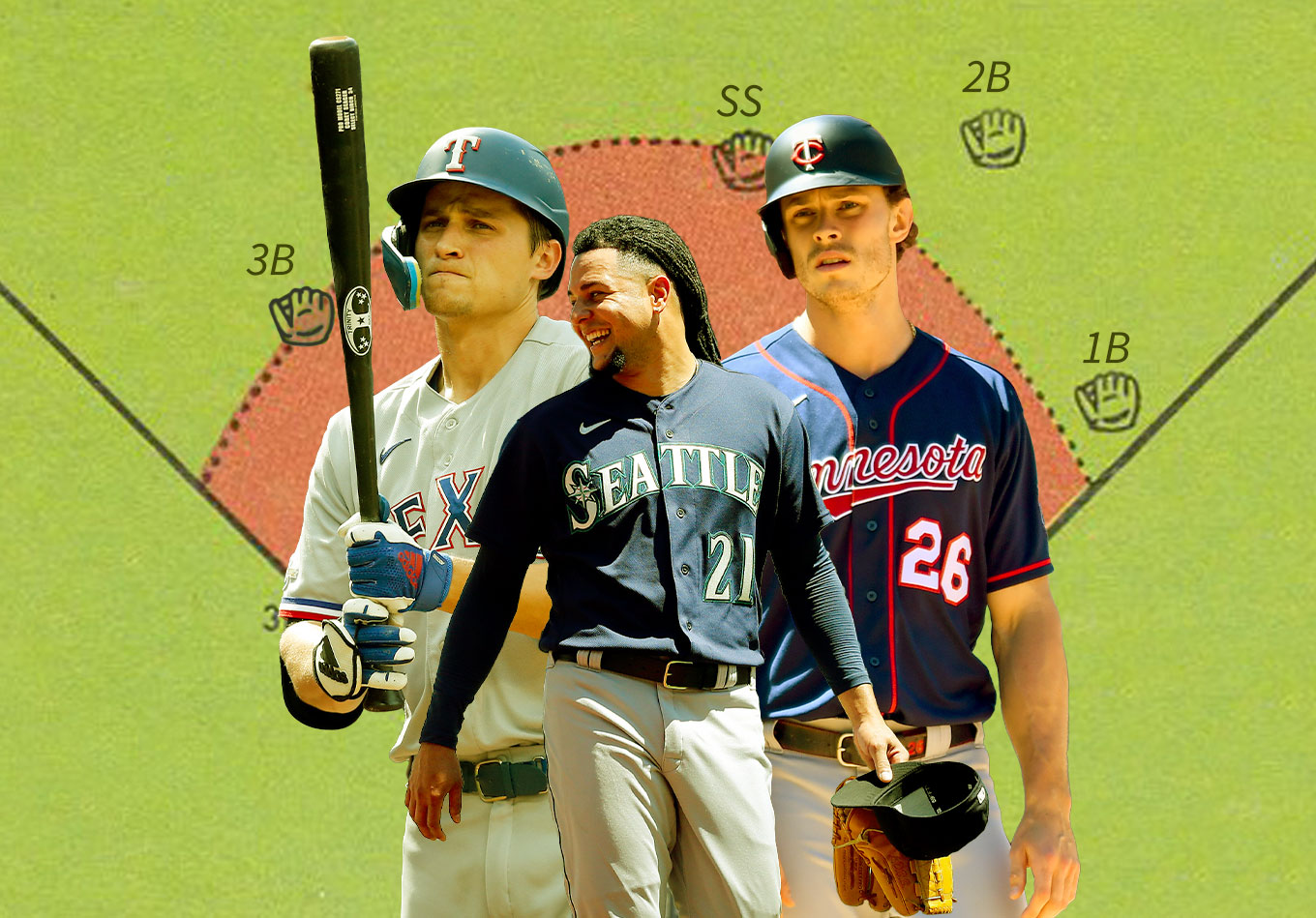 Offensive ‘Restoration’: Who Figures to Benefit the Most if the Shift Is Banned?

There’s an old baseball adage that things will even themselves out at the plate.

For every line drive hit right at someone, there’s a bloop single or slow-rolling infield hit around the corner.

But at this point, there’s no doubt that players like Texas Rangers shortstop Corey Seager aren’t buying what the baseball gods are selling when it comes to luck.

The defensive shift has done that to many hitters since coming to prominence in recent years. As the strategy started to spread, the percentage of plate appearances that have included an infield shift rose from 4.1 in 2013 to 32.5 so far this season.

That’s on pace to be the lowest average since the lowering of the mound in 1969. It also means the league hasn’t adjusted like some believed it would when the shifting became widespread.

The idea was that just a few hits the other way or some bunt attempts to the empty side of the field would put a quick end to all the shifting nonsense. But it simply hasn’t happened. No one is taking that approach at the plate – at least not enough to make a difference.

MLB Commissioner Rob Manfred has finally felt the need to step in, and banning the defensive shift is among the rule changes that are on the table for 2023.

“Let’s just say you regulated the shift by requiring two infielders each side of second base,” Manfred told the Associated Press last year. “What does that do? It makes the game look like what it looked like when I was 12 years old. It’s not change. It’s kind of restoration, right? That’s why people are in favor of it. And they do believe, I think front offices in general believe it would have a positive effect on the play of the game.”

Could it also spell the end of the launch-angle era? It’s entirely possible considering that the Washington Post reported in 2017 that many hitters cited the shift as the primary reason they chose to focus on hitting the ball in the air after years of hitting coaches telling them to hit low line drives.

Of course, the reality is that the seemingly inevitable change projects to have a positive effect on some players and teams more than others. And some pitchers really benefitting from these defensive alignments should be hoping that the ban isn’t implemented.

We define a shift as any time there are three infielders on one side of second base. How can we tell if a batted ball would have been a hit against a normal alignment? There’s certainly some level of judgement involved, but in most instances, it’s not a difficult assessment to make.

As you may have expected, what we found in the data is that banning the shift would most benefit left-handed batters. But which lefties specifically?

That question brings us back to Seager, who has remarkably hit .282 over the past three seasons and earned his third career All-Star appearance in 2022 despite being the player who has been hurt the most by defensive shifts since 2020.

Let’s try to put this in a little bit of perspective. What if Seager had been playing under the rules that might go into effect as soon as next season? Fifty extra hits over the past three seasons would lift his batting average 49 points from .282 to .331.

For Max Kepler of the Minnesota Twins, a meager .220 average since 2020 suddenly would have been a respectable .270 given the 47 hits he’s lost. Former Oakland A’s Matt Olson, now with the Atlanta Braves, would have hit .288 instead of .250 if he had those 47 hits prevented by the shift.

You get the picture. And even though we’re looking at the extreme end of the spectrum, it’s easy to envision how the league-wide batting average might ease closer to a more traditionally acceptable number when more hits are given back to the offense.

Of course, there’s a flip side to that equation. For pitchers who keep the ball down, the shift has likely come up big in several key moments. We’ve all seen that guy in short right field stop a seeing-eye single that would have extended a rally or the infielder behind second base corral what would have been a two-run shot up the middle.

It shouldn’t be a surprise to see pitchers like Luis Castillo of the Seattle Mariners, Logan Webb of the San Francisco Giants and Brad Keller of the Kansas City Royals among those who have had the most hits prevented by their team’s shift.

While it’s difficult to say how many runs these hits would have led to if not prevented, we can tell you that just adding the 33 hits to Castillo’s line bumps his batting average against over the past three seasons from .237 to .260.

Opposing batters would be hitting a troubling .299 off Keller, who was recently moved to the bullpen in Kansas City anyway, instead of the .273 average he’s allowed over the past three seasons if we adjusted for those 31 hits.

At the plate, the Houston Astros have been hurt by the shift more than any other team since 2020, while the Los Angeles Dodgers and Atlanta Braves aren’t that far behind.

But consider that Houston ranks fifth (.255), Los Angeles seventh (.252) and Atlanta ninth (.251) in team batting average over this span regardless.

What’s interesting about this is that the Dodgers (39.4%), Astros (40.8%) and Braves (40.8%) have three of the four lowest groundball percentages in the majors over this span. So they’re not hitting many grounders (all three are in the top seven in home run rate), but when they do, they’re getting gobbled up by the shift.

Where would they be if we gave them those hits back? The Astros would have a team batting average of .272, while the Dodgers would be up to .269 and the Braves at .267.

Let’s look at which pitching staffs would be in a lot worse shape if not for the analytics department and coaches responsible for defensive alignment on these clubs.

Entering the week, the Detroit Tigers rank 19th in the majors with a 4.41 ERA and 23rd with a .252 opponent batting average since 2020. And that’s even though they’ve prevented the most hits by use of the shift over the past three seasons.

A good number of groundballs combined with solid defensive shifting appears to have led to the high hit-prevention totals for the Astros, Dodgers and Chicago Cubs. All three teams rank in the top 10 in highest groundball percentage since 2020.

That strategic placement has played a key role in the Dodgers easily having the best pitching performance in the majors over this span. Not only do they own an MLB-best 2.95 ERA (the Tampa Bay Rays are second at 3.54), but they’ve also limited opponents to a ridiculous .210 average (the Milwaukee Brewers are second at .224).

Now we realize that looking back doesn’t necessarily mean we know what’s going to happen once the shift is eventually deemed illegal defense. But what we do have is a pretty good idea about who will feel a whole lot better when it does.

None more than Corey Seager.