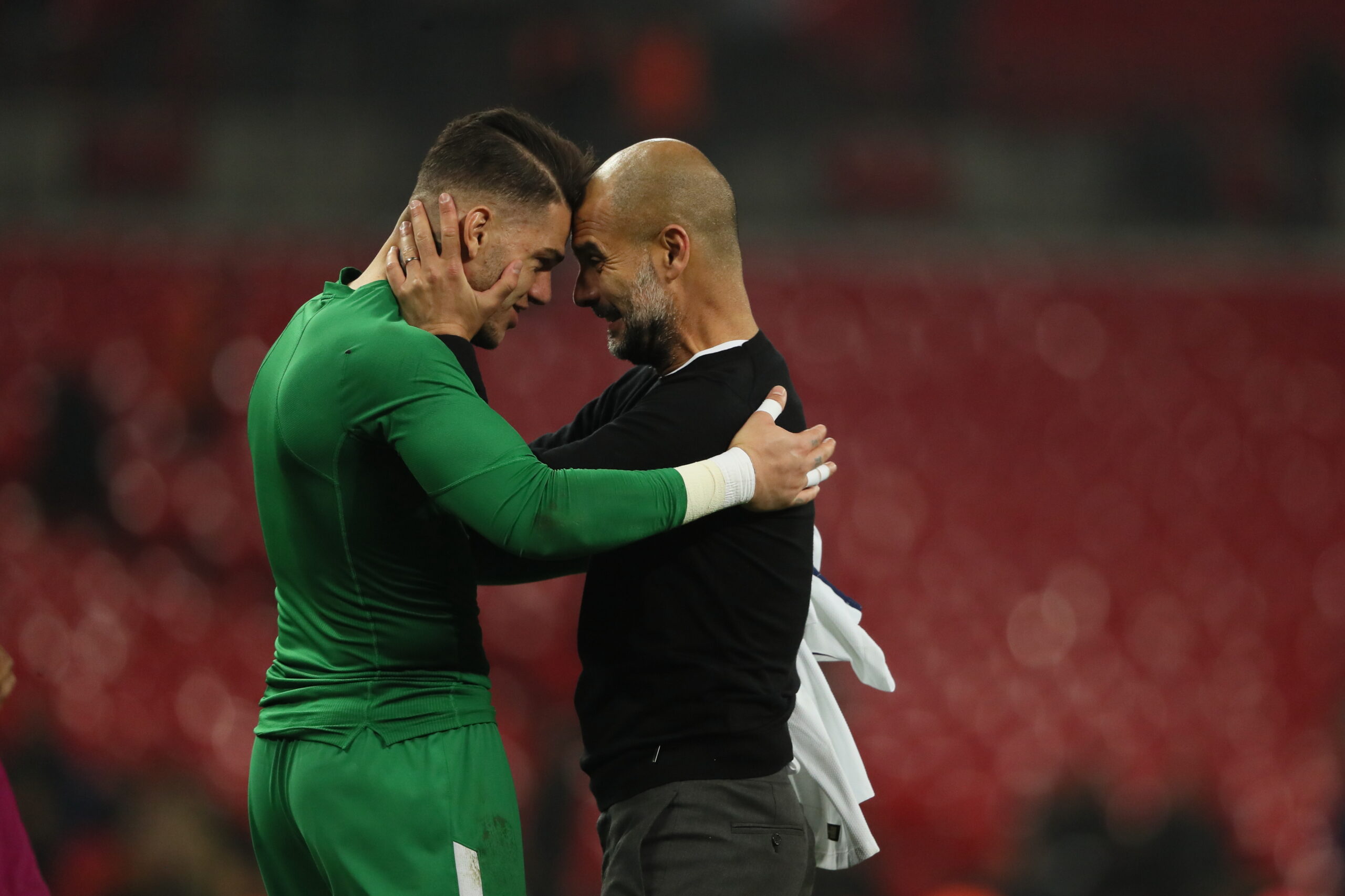 The Premier League kicked off 30 years ago today and Manchester United’s only goal in their infamous 2-1 defeat to Sheffield United was assisted by goalkeeper Peter Schmeichel. The iconic Dane would end that season having created as many goals as Ian Rush and Paul Ince, and in the first top-flight season to contain the new back-pass rule, nearly every goalkeeper concentrated his efforts on getting rid of the ball as hard and fast as possible; the nation echoed to the sound of pumped and thumped Mitre Deltas. 30 years on and David De Gea’s ongoing issues with playing short passes to his defenders was one of the main factors behind Manchester United suffering a humiliating 4-0 defeat to Brentford on Saturday. No position has evolved more than the goalkeeper in these transformative three decades and here are some illustrations to show how.

Paul Robinson was a fine shot stopper, and ended his Premier League career with a goal, multiple assists and even a penalty won, but it’s fair to say his approach to kicking was to go as long and hard as possible. The man who once hit the spider camera high above the pitch at the 2006 World Cup ended the 2011-12 Premier League season with a pass completion rate of 27% for Blackburn Rovers, with numerous passes simply sailing out of play at the other end of the pitch. The opposition can’t score from Row Z, but then, neither can you.

There was widespread shock in 2016 when, in one of his first moves as Manchester City manager, Pep Guardiola froze out Joe Hart, eventually moving him on to Torino on loan. Hart’s kicking in the previous season was about what you’d expect from a goalkeeper for a top club who was chosen more for his saves than his distribution. A completion rate of 53% looks low to our modern eyes six years on, but unless your club hires someone like Guardiola, it was fine. Unfortunately for Hart, his club did.

Claudio Bravo moved to Manchester City and was hailed as the man who could implement the sequence-initiating style that Guardiola wanted. His passing was certainly an upgrade on Joe Hart but his shot stopping was certainly not. His figures of 33 saves and 26 goals conceded made shots on target against Manchester City – if you could fashion them – pretty much a coin flip, and even a maverick like Guardiola had to shore up his last line of defence a bit more resolutely than that.

The Boys From Brazil

Manchester City and Liverpool dominate the Premier League and both boast an elite Brazil international between the goalposts. Both have the sort of passing range that would have made a 1990s central midfielder green with envy and Alisson even popped up with a goal for Liverpool two seasons ago. Last season they both completed 85%+ of their passes, with Ederson almost reaching 90%. Unlike Claudio Bravo, they also make saves, sharing the Golden Glove in 2021-22. In fact, since 2018-19, one or both of them has won the Golden Glove in each campaign. The wider impact of these Brazilians is that where once it was the goalkeeper with progressive passing who was unusual, it is now the reverse, with 10 ‘keepers having a pass completion rate of +70% so far this season. 2022-23 could well be the first season in English top-flight history to see every single club end the campaign with a pass completion rate of 75% or higher. If it happens then the evolution of goalkeeper distribution in the last 30 years will have played a major role.