Perfect Passing Performances in the Premier League | The Analyst 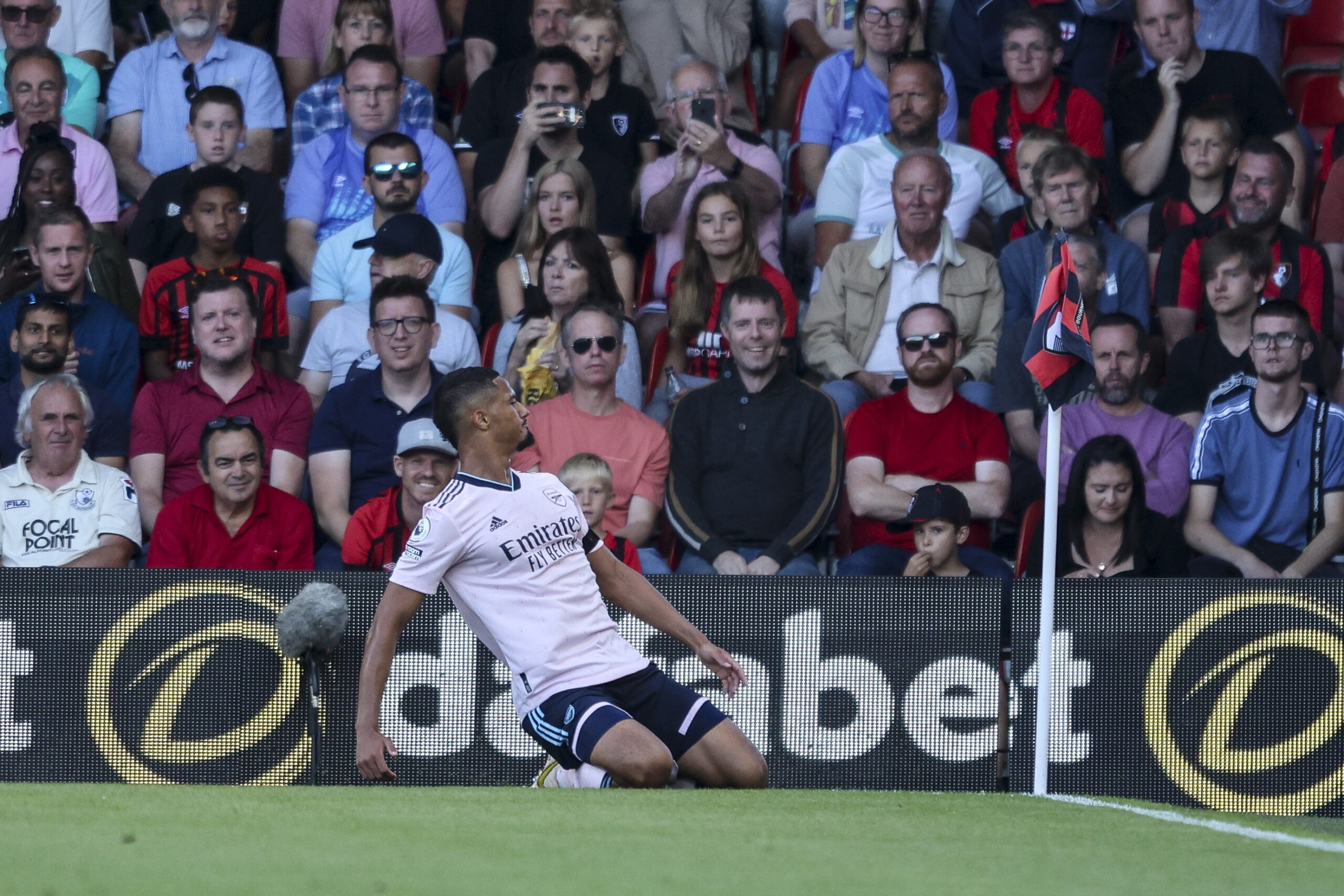 Following William Saliba’s perfect passing performance on Saturday for Arsenal against Bournemouth, where he completed all 73 of the passes that he attempted, we thought you might like to know how that ranks in the Premier League since we began recording the metric in 2006.

Back in 2011-12, Brendan Rodgers’ Swansea City side were pass masters. Across the season, only Man City completed more passes than the Swans, while it was only Arsenal and Man City who averaged a higher possession figure than they did (58%).

Leon Britton was a key part of that style and no game showed off his passing prowess more than this one against Bolton Wanderers in October 2011, where he completed all 67 passes that he attempted. Only Luka Modric and Yaya Toure completed more Premier League passes in 2011-12 than Britton among midfielders, with the 5’4” Englishman holding his own among some all-time greats.

Leicester City vs. Chelsea in May 2019

Manchester United fans might not want to believe it, but Harry Maguire once put in one of the best passing performances seen in recorded Premier League history.

On the final day of the 2018-19 season, Leicester City hosted Chelsea and Maguire was able to complete all 68 passes he attempted, as well as keep a clean sheet.

This would prove to be a parting gift for Leicester fans, as Maguire never kicked a ball for the Foxes again – he joined Man Utd that summer.

Arsenal vs. Bournemouth in August 2022

William Saliba had a great weekend. Not only did he score a fantastic goal to cap Arsenal’s 3-0 victory at Bournemouth, but the Arsenal fans also introduced a new catchy song about him. To complete a hat-trick of greatness, Saliba completed all 73 passes that he attempted in the win.

In what was only his third Premier League appearance, Saliba showed the composure of a seasoned veteran with his passing display on the south coast. The bad news for Saliba is that his tally was originally 76/76, but our data collection team reviewed three of those to be other events in the post-match process. I’m not sure Saliba will care, though.

Manchester City vs. Sunderland in April 2014

Samir Nasri’s performance against Sunderland in April 2014 should rightly be remembered as one of his best in the Premier League.

Nasri’s 88th minute equaliser rescued a point for Man City in this match. At the time, it was thought that City had thrown their title chances away, with a six-point deficit behind Liverpool with a game in hand. However, City went on to win the title by two points – Nasri’s goal helping them keep some momentum in the title charge.

Of less importance was Nasri’s impeccable passing performance, where he successfully completed all 77 that he attempted – a rare occurrence for such an attack-minded player in a Premier League match.

Chelsea vs. Manchester United in February 2021

There wasn’t much memorable about this drab 0-0 at Stamford Bridge between Chelsea and Manchester United in February 2021, but at least Andreas Christensen can hold his head high.

A textbook passing performance for a central defender who’s been instructed to get the ball and feed the full-backs on either side, Christensen completed all 77 passes than he attempted in the goalless draw.

Everton vs. Crystal Palace in September 2014

Two facts about Sylvain Distin that you might not know.

One – Distin has made the most Premier League appearances without ever winning a full international cap (469 games).

Two – no French player has made as many passes in a Premier League game without misplacing one in recorded history than Distin did in September 2014 for Everton versus Crystal Palace (84).

Unfortunately for Distin, his Everton side lost 3-2 on the day.

Arsenal vs. Swansea City in January 2018

William Saliba wasn’t the first Arsenal player to have a perfect passing performance with a high number of passes attempted in a game – Egyptian midfielder Mohamed Elneny got there first.

Elneny completed all 91 of his passes in the Gunners game with Swansea in January 2018, but it was all in vain as they suffered a poor 3-1 defeat against the Welsh club, who went on to be relegated just four months later.

Antonio Rüdiger completed all 91 of his passes in Chelsea’s 1-1 draw with Wolves at Stamford Bridge in March 2019.

Rüdiger’s individual passing performance would have all been in vain, hadn’t Eden Hazard scored a 92nd minute equaliser for Maurizio Sarri’s side.

It’s fair to say that this match won’t be remembered for Aymeric Laporte’s individual passing performance in this nine-goal thriller at the Etihad Stadium on Boxing Day 2021.

Laporte completed all 109 of his passes attempted in the match, and if he was disappointed not to make it 110, he only had to wait another two months until he went one better.

Manchester City vs. Everton in February 2022

Aymeric Laporte holds the record for the most passes attempted in a Premier League match without misplacing a single one, since such records began being recorded in 2006.

Every single one of his 110 passes in Manchester City’s away win at Goodison Park against Everton found a teammate, with 57 coming in the opposition half and 23 of them finding a Man City player in the final third of the pitch.