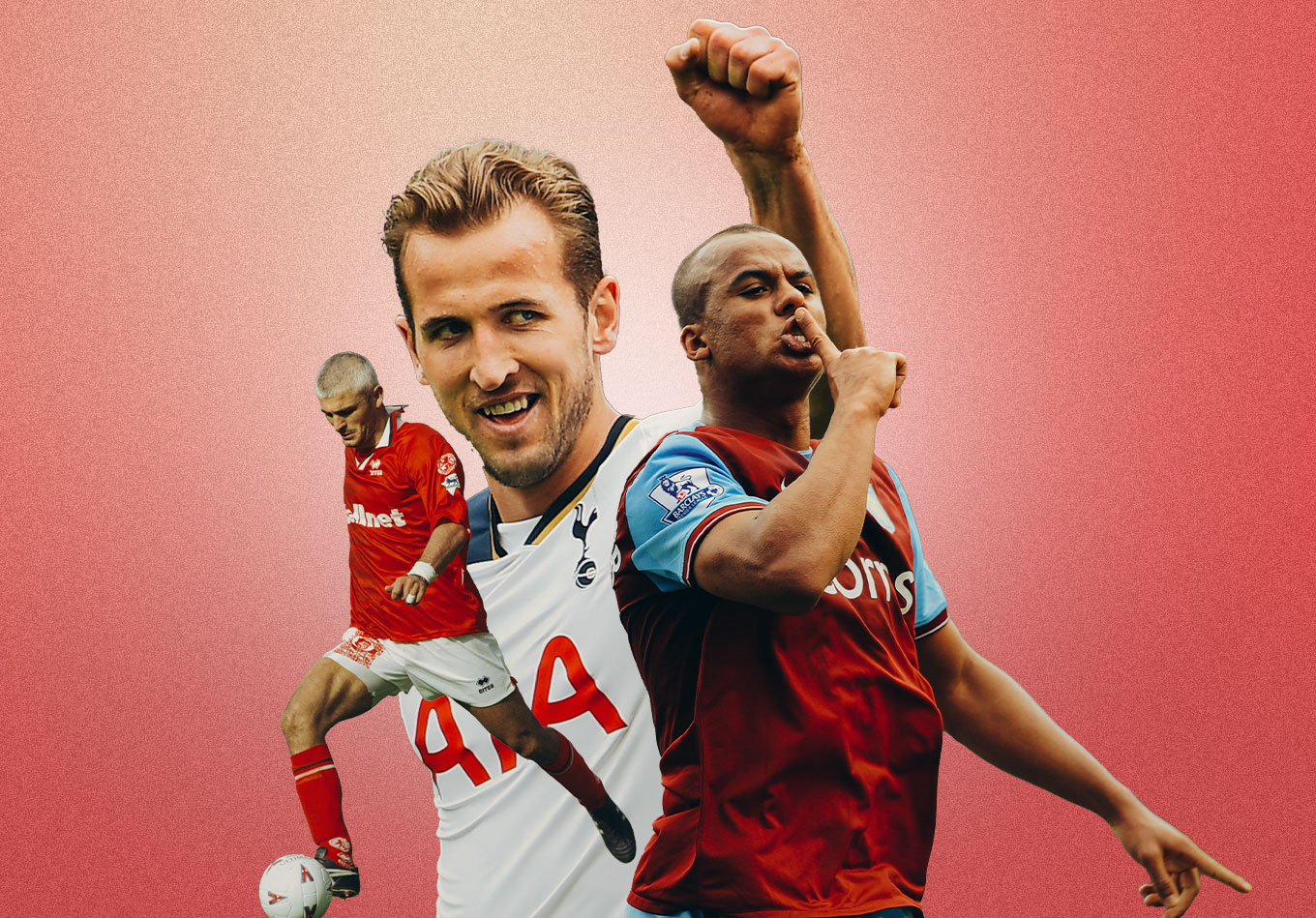 Premier League opening day hat-tricks. They don’t happen that often, but when it does it’s a special feat. We look back at all of the occasions that they have been scored in the competition.

Arsenal had an underwhelming inaugural Premier League campaign. While they excelled in cup competition as the first team to ever win both the League Cup and FA Cup in the same season, they finished 10th in the league and were the division’s lowest scorers with 40 goals in 42 games. They also finished behind north-London rivals, Tottenham. And their 1993-94 campaign got off to a horrific start, as Mick Quinn scored all three goals at Highbury in the season opener.

Having scored 17 goals in 26 games in 1992-93, you may have been forgiven for thinking that with this hat-trick Quinn would be an early contender for a Golden Boot. However, the striker netted just five more goals in 31 more games in 1993-94. Quinn does, however, remain the last player to have scored an away hat-trick against Arsenal in any competition.

Matthew Le Tissier – the only ‘loser’ on this list. There have been five occasions of a player being on the losing side when scoring a Premier League hat-trick, with the Guernsey-born creator responsible for two of those.

His opening day hat-trick against Nottingham Forest in 1995-96 was the second time he had been on the losing side despite a treble, also doing so on the final day of the 1992-93 season against Oldham.

This hat-trick was the first Premier League treble to be scored entirely from set-pieces, with Le Tissier converting two penalties and a direct free-kick. The three goals were also significant as being his ninth and final hat-trick for Saints, while it was also the last ever hat-trick scored by a Southampton player at The Dell.

1996-97 is the only Premier League top-flight campaign to see more than one hat-trick scored in the opening round of fixtures. Unfortunately for the clubs involved, they were both relegated at the end of the campaign.

Fabrizio Ravanelli is famously the only player to have ever scored a hat-trick on his Premier League debut, while he also became the first ever Italian player to score in the competition.

Having just survived relegation on the closing day of the 1996-97 campaign, the Sky Blues got their 1997-98 campaign off to a great start, twice coming from behind to eventually beat Chelsea thanks to Dion Dublin’s hat-trick.

Dublin became – and remains – the only player to have scored a hat-trick on the opening matchday of a Premier League season and go on to win the Golden Boot. His three goals against the Blues accounted for 17% of his total for the campaign as he shared the award with both Chris Sutton and Michael Owen.

With this treble, Dublin was also the first player to grab the match ball against Chelsea in almost 10 years, since Gary Bannister scored one for QPR in September 1987.

Following a barren period of opening weekend hat-tricks, Gabby Agbonlahor stepped up in 2008-09.

Not only is the England forward the youngest player on this particular list at 21 years and 308 days old, his hat-trick was also ‘perfect’ (right foot, left foot, header) – not to mention that it was pretty fast, with just seven minutes and 10 seconds separating the Villa man’s first and third goals.

Villa were in the middle of a period of consistency under Martin O’Neill, while this defeat saw 12 goals conceded in two games for Man City, having lost their final game of the previous season 8-1 against Middlesbrough. Not long after this however, City would come into some wealth, setting up a decade of dominance in the 2010s. Agbonlahor’s 12 goals in 36 league games that season were not quite enough to propel Villa into the Champions League spots, but they did end up sixth.

Before 2021-22, the last three opening day hat-tricks in the Premier League had all been netted for reigning champions. Didier Drogba’s in 2010-11 helped Chelsea record the biggest ever opening day victory in Premier League history as they beat West Brom 6-0. Drogba had won the golden boot in 2009-10 and had also scored a hat-trick on the final day of the season making him the fourth player to score a treble in consecutive Premier League appearances, and the first to do so across different campaigns.

Unfortunately for all clubs involved, no player who has scored an opening weekend hat-trick has gone on to win the league at the end of the season, with Manchester United winning the title in 2010-11, Liverpool in 2019-20 and Manchester City in 2020-21.

Bruno Fernandes became just the 10th player in Premier League history to score a hat-trick on the opening matchday with his treble against Leeds United in 2021-22 and the first Manchester United player to score a treble on the opening day of a league season since Lou Macari versus Birmingham in 1977-78.

Fernandes became just the fourth Portuguese player to score a Premier League hat-trick, following in the footsteps of Cristiano Ronaldo, Diogo Jota and Bernardo Silva. It was also his first league treble since May 2019, when he netted three in Sporting CP’s 8-1 rout of Belenenses at Estádio do Jamor.

Overall in the Premier League, Sergio Aguero has scored more hat-tricks than any other player:

While Sadio Mane holds the record for the fastest ever hat-trick – an event we covered in detail, here.