Already Ready: Who Could Be the NFL's Breakout Rookies of 2022? | The Analyst 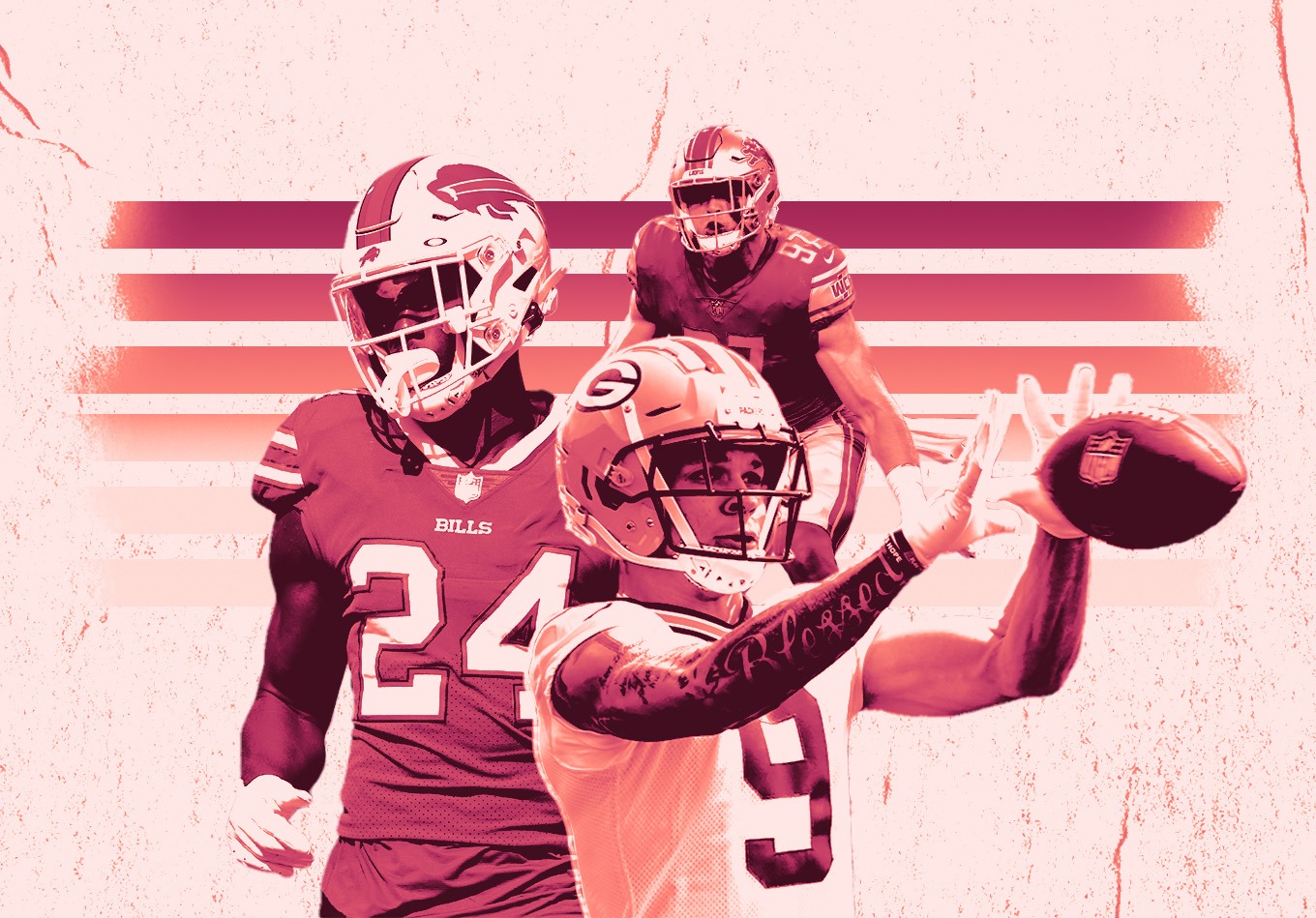 Already Ready: Who Could Be the NFL’s Breakout Rookies of 2022?

After every single draft, every team believes they nailed it with their class of rookies.

Yet the percentage of draftees who go on to have a transformative impact in their first NFL season is a small one.

Those players who do hit the ground running as rookies can completely change the direction of their franchise. That was the case in 2021, as fifth overall pick Ja’Marr Chase exploded onto the scene and helped propel the Cincinnati Bengals to within minutes of a Super Bowl victory. Last season also saw Micah Parsons, the first-round pick of the Dallas Cowboys, establish himself as one of the most fearsome defensive players in the league.

Both Chase and Parsons earned individual honors as they won the NFL Offensive and Defensive Rookie of the Year awards, respectively.

The 2022 NFL Draft didn’t have the same prospect quality as the 2021 class, but this group of rookies still features several players who could replicate the rise to stardom Chase and Parsons enjoyed in their initial campaigns.

No edge defender in the NFL draft comes into the league as well-rounded as Hutchinson, who has already flashed his tremendous potential in the preseason for the Lions.

With flexibility, power, quickness and a wide array of pass-rush moves in his arsenal, Hutchinson’s pressure rate of 30.8% was second among all edge prospects in this year’s class.

The tools that saw him amass 14 sacks in his final season with Michigan should translate excellently to the pros and significantly boost a Lions defense that ranked 27th in pass rush win rate last season.

After a 2021 campaign in which they went 3-13-1 but lost six games by one score, the Lions are viewed by many as a team on the rise.

They are unlikely to compete for the playoffs this year but Hutchinson’s floor is high enough for him to quickly blossom into a household name with a standout season for a team that should at least take another step forward on the path to contention.

Olave had to wait to hear his name called after former Ohio State teammate Garrett Wilson, but he is in a better position to immediately succeed at the highest level.

A smooth and detailed route-runner with the speed to test defenses deep, Olave figures to mesh perfectly with a typically aggressive quarterback in the form of Jameis Winston.

The former Buckeye was sixth in burn rate among wide receivers in this class in 2021, winning his matchup with a defender on 69.9% of his targets. He was tied third in burn yards per target (14.08) while recording the second-highest average depth of target (14.3).

With the health of Michael Thomas still a concern, Olave could quickly become the top target in the Saints’ offense. Given his proclivity for gaining separation downfield, such an opportunity has the chance to result in substantial production for Olave, provided Winston’s encouraging pre-injury form of 2021 does not prove a false omen.

If they get serviceable quarterback play, the Saints have the roster to contend for a return to the postseason and Olave will have a strong chance of following in Chase’s footsteps by winning NFL Offensive Rookie of the Year if he is a key factor in a campaign that ends in a playoff berth for New Orleans.

For the past four years, the Bills have not had a player eclipse 870 rushing yards in a season, so it made sense to take a swing on Cook in the second round.

Despite none of their backs coming close to the 1,000-yard mark of late, the Bills are one of only six teams to average at least 150 rushing yards per game across the past three seasons, reaping the benefits of quarterback Josh Allen’s dual-threat skill set.

Cook, the younger brother of Minnesota Vikings star running back Dalvin Cook, was a star during his time at Georgia, averaging at least 6.5 yards per carry for his career with the Bulldogs and finished his final season with 1,012 scrimmage yards on 140 touches, ranking fifth among Power 5 backs with 7.2 scrimmage yards per touch. He had seven touchdowns on the ground and four through the air as Georgia rode him to their first national championship since the 1980s.

Cook thrived because of his burst to the second level and his long speed, which could heighten the big-play threat of a running game that racked up 60 runs of 10 yards or more in 2021, the seventh most in the NFL. His receiving skills, which saw him record 11 receptions of at least 10 yards, tied for 12th among Power 5 backs, last season. Playing in an offense that consistently has defenses fearing the deep ball from Allen, Cook has the potential to become a dynamic short-game weapon who can take advantage of the underneath space he will often be afforded.

And, even when not afforded a huge advantage, Cook can be effective. He was fifth in the NCAA in yards per carry on plays where there was a run disruption.

Not since LeSean McCoy have the Bills had a back with the all-round ability Cook possesses. Their offense could be borderline unstoppable should the Bills immediately harness his talents and put Cook in position to ascend to his brother’s level of stardom as a rookie.

When the Chiefs selected the Purdue edge rusher with the 30th pick of this year’s NFL Draft, it was the highest draft pick they had committed to the position since taking Dee Ford with the 23rd pick back in 2014.

The Chiefs ranked 19th in the league in sacks in 2020, before plummeting to 29th in that category in 2021, illustrating their inability to take care of arguably the defense’s most important job – hit the quarterback.

This past season, the Chiefs blitzed at the eighth-highest rate in the league (28.1%) and were credited with 278 quarterback pressures. Only nine teams produced more in the regular season. But the league’s best quarterbacks thrive against the blitz, and a more sustainable formula for defensive success is to create consistent pressure by sending only four rushers.

That is where Karlaftis can thrive.

In his 26 games at Purdue, Karlaftis totaled 29 tackles for loss and 14 sacks, and his pressure rate of 21.9% was the sixth-best among all edge rushers in this draft class. Set to play alongside Chris Jones, arguably the premier defensive tackle in the NFL not named Aaron Donald, on the Chiefs’ front, Karlaftis could become an immediate difference-maker for a Chiefs’ team eyeing another Super Bowl push if his monstrous physical traits translate to the NFL as many expect.

The Packers have one of the greatest quarterbacks in the history of the sport, coming off back-to-back league MVP awards – but it remains to be seen if Aaron Rodgers’ weapons are up to the task.

Only Los Angeles Rams receiver Cooper Kupp received more targets in 2021 than Davante Adams, Rodgers’ favorite target since 2016 who was traded to the Las Vegas Raiders this offseason. Watson was one of the men picked to help fill the void, selected 34th overall this year’s draft out of North Dakota State.

Standing 6-foot-5, Watson is a height-weight-speed receiver who ran a 4.36 40-yard dash and has the versatility to do damage as a receiver and out of the backfield. He carried the ball 49 times for his career in Fargo, averaging eight yards per rush and racked up over 20 yards per reception as a pass catcher.

However, he played against weaker competition in the FCS, and has seemingly been usurped on the depth chart this preseason by fellow rookie Romeo Doubs, who was selected in the fourth round. Doubs is younger, has been producing since his true freshman season and may, at this point, be a better football player, but the Packers will need more than one receiving threat to emerge this season and Watson’s athletic gifts, duplicity and big-play upside give him the highest ceiling of any receiver on their roster.

If he establishes a rapport with Rodgers, Watson could play a massive role in finally getting the Packers over the top.

The Bills already have one All-Pro cornerback in Tre’Davious White and hope they had found another after using their first-round pick on Elam.

Elam rose up the draft board following an impressive final season with Florida in which he more than held his own against some of the SEC’s best.

His performance against Jameson Williams in the Gators’ clash with Alabama was one that drew effusive praise and Elam finished the year 10th among all corners in the draft in burn yards per target allowed, giving up 8.52.

Elam’s success in providing tight coverage was on display in his preseason debut against the Indianapolis Colts, offering further encouragement he can enjoy a smooth and swift transition to the pros.

A physical and aggressive corner with the speed to stay in lockstep with blazers like Williams, Elam’s man coverage skills may allow a Bills defense that was 22nd in blitz rate (22.9%) last year to throw a more diverse array of pressure packages at opponents as they bid to get over the hump and win a first Super Bowl.

Playing across from a corner of White’s reputation, Elam will be tested continually. His own profile will grow rapidly should he pass those tests.