Devil’s Advocate: What Might Man Utd’s Terrible Start Mean for Them? | The Analyst 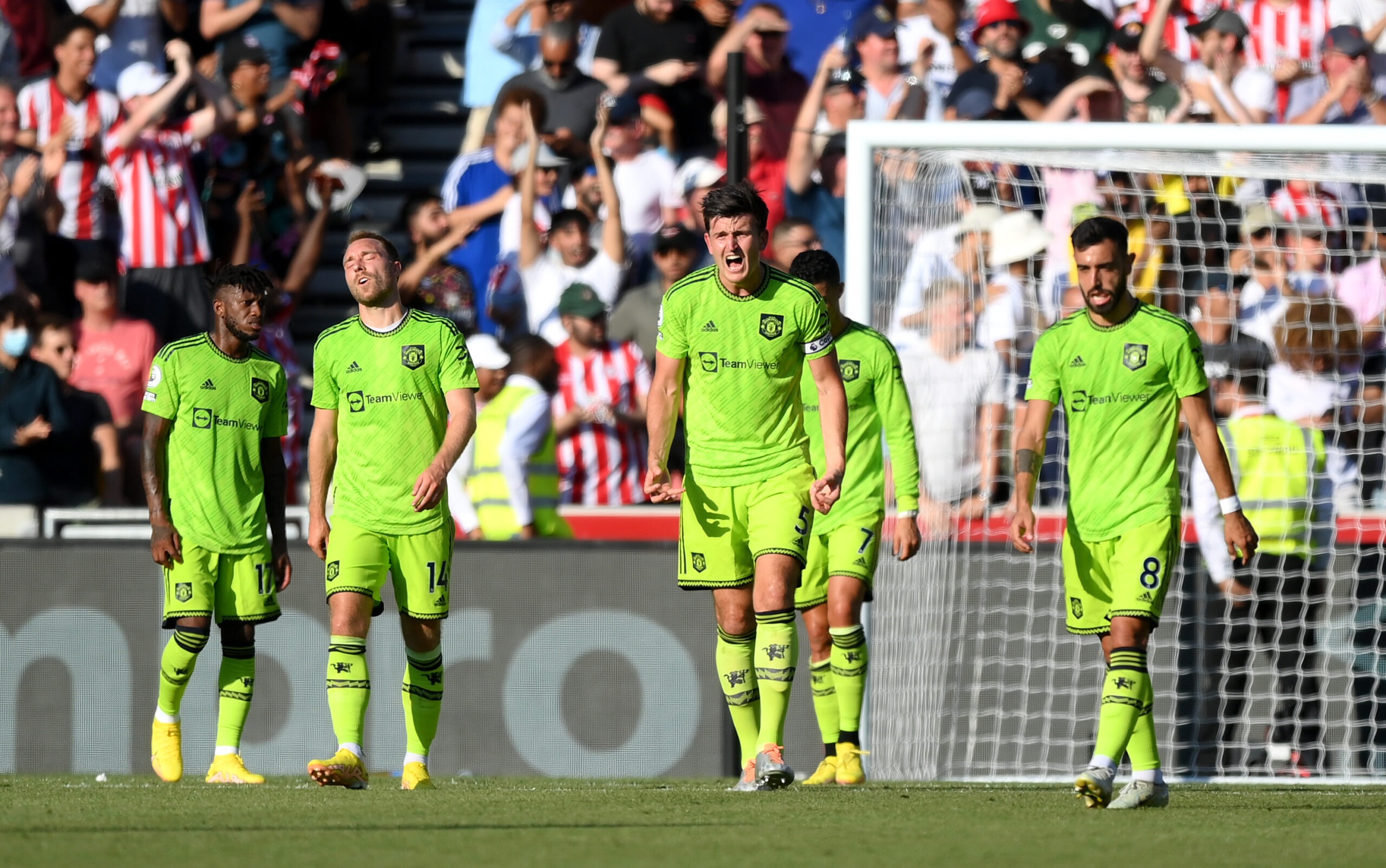 Erik ten Hag’s start at Manchester United couldn’t have gone much worse – losing their opening two Premier League games against unfancied opposition in embarrassing fashion. We look at historical league data to gauge what their awful start could mean for the rest of 2022-23.

Starting the season with two defeats is an uncommon occurrence at Manchester United. The only previous Premier League season that they lost their first two games was in the inaugural 1992-93 season, which they eventually went on to win – ending a 26-year wait for a top-flight league crown.

Back then, successive defeats against Sheffield United (2-1) and Everton (3-0) were followed by a 1-1 home draw against Ipswich Town before finally winning in their fourth league match – a 1-0 away win at Southampton thanks to an 89th minute Dion Dublin goal.

In fact, that occasion was the last time that Manchester United finished a day bottom of the top-flight league table (21 August 1992), before Saturday’s 4-0 demolition at Brentford sent them to the foot of the Premier League table.

Overall, this is the 12th league season that United have opened the campaign with two defeats – 10 of those coming in the top flight, the other two in the second tier.

Including their two defeats at the end of 2021-22, Manchester United have now lost four successive league games for the first time since February 1979. Even worse, it’s now seven successive away league defeats for the Red Devils – this is their worst such run since a run of 10 losses in succession on the road in between September-December 1936. Erik ten Hag has become the first manager to lose each of his first two league games in charge of Manchester United since John Chapman in November 1921 – Chapman was also the last Man Utd boss to lose his first three league games.

It Doesn’t Get Any Easier…

Man Utd haven’t lost their opening three games to a league season since 1986-87, but there’s every chance they could replicate that feat next weekend – they come up against Liverpool at Old Trafford.

United have won just one of their last 12 Premier League games versus Liverpool (D6 L5) and are winless in eight since they last beat them in March 2018. The last time that Man Utd had a longer winless league run against a single opponent was back in between 1983 and 1987 against Everton (10 games).

Should United lose this weekend, it would be the first time in history that Liverpool have won three successive league games away at Manchester United – a feat that would compound more misery on Ten Hag’s side, with Liverpool being such fierce rivals.

It was 4-0 at half-time in that rout – before Saturday’s 4-0 defeat at Brentford, this was the only time in Premier League history that United had found themselves four goals behind to a team at half-time.

United would have to go some way to replicating their worst start to a league season, however. Back in 1930-31, the Red Devils started their top flight campaign with 12 successive losses on the way to relegation – finally ending the run with a win in their 13th game.

If United were to replicate that start in 2022-23, it would mean further defeats against Liverpool, Southampton, Leicester, Arsenal, Crystal Palace, Leeds, Man City, Everton, Newcastle and Spurs. Even the most pessimistic United fan couldn’t see this happening.

How Have Teams Recovered From Terrible Premier League Starts?

How does starting the season with two defeats affect a team’s chances of a top four finish? Well, only three teams have finished a Premier League season in the top four after losing their opening two games – just one of those in a 38-game campaign.

Spurs recovered to finish fourth in 2011-12 after starting the season with two defeats, while newly promoted Newcastle United ended third in 1993-94 after their two-defeat start. As mentioned earlier, Man Utd started 1992-93 with two losses but recovered to win the title – the only team in Premier League history to do this.

Only three further teams have finished in the top six following two defeats to start a Premier League campaign – Arsenal ended fifth last season (they lost their first three) while they also finished fifth in 2018-19 after losing their opening two matches, while West Ham finished sixth in 2020-21 after suffering two losses to open the season.

But what of the worst ever start to a Premier League season? Crystal Palace suffered seven straight defeats at the start of 2017-18 (without scoring a single goal) – four under Frank de Boer (the last manager to move to the Premier League directly from Ajax before Ten Hag’s appointment) then three under Roy Hodgson, who miraculously guided them to 11th in the end.

With no disrespect aimed at Brighton and Brentford – who finished ninth and 13th respectively in the 2021-22 table – Manchester United would have been expected to pick up at least one win from their opening two games of the new season.

As it turned out, they lost both with meek performances – the second game against Brentford being an utter embarrassment in the opening half, where they found themselves 4-0 down after just 35 minutes.

Both games have seen the United defence look sloppy in possession, with the players finding it hard to transition to Ten Hag’s wishes to play out from the back.

Across their two matches so far in 2022-23, Manchester United have allowed their opponents eight shots following a high turnover (four per game) – way above their 2021-22 seasonal average of 1.6 per game.

Two of their goals conceded against Brentford came from turnovers of possession within 40 meters of their own goal – the first time that they’d conceded multiple goals from high turnovers within the same Premier League game since Sir Alex Ferguson retired.

The 4-0 defeat to Brentford saw United players cover a cumulative distance of 95.5km across the entire game – 11.9km less than Brentford’s players (107.4km). That total of 95.5km was their lowest cumulative team distance run total since that 9-0 win over Southampton in February 2021 (94.7km) – where Southampton had 10 men for 88 minutes.

One this is for sure; Ten Hag is going to have to come up with a new masterplan to stop a third successive defeat from coming in next Monday’s game at home to Liverpool.