Liverpool's Biggest Rival in 2022-23 is Father Time | The Analyst 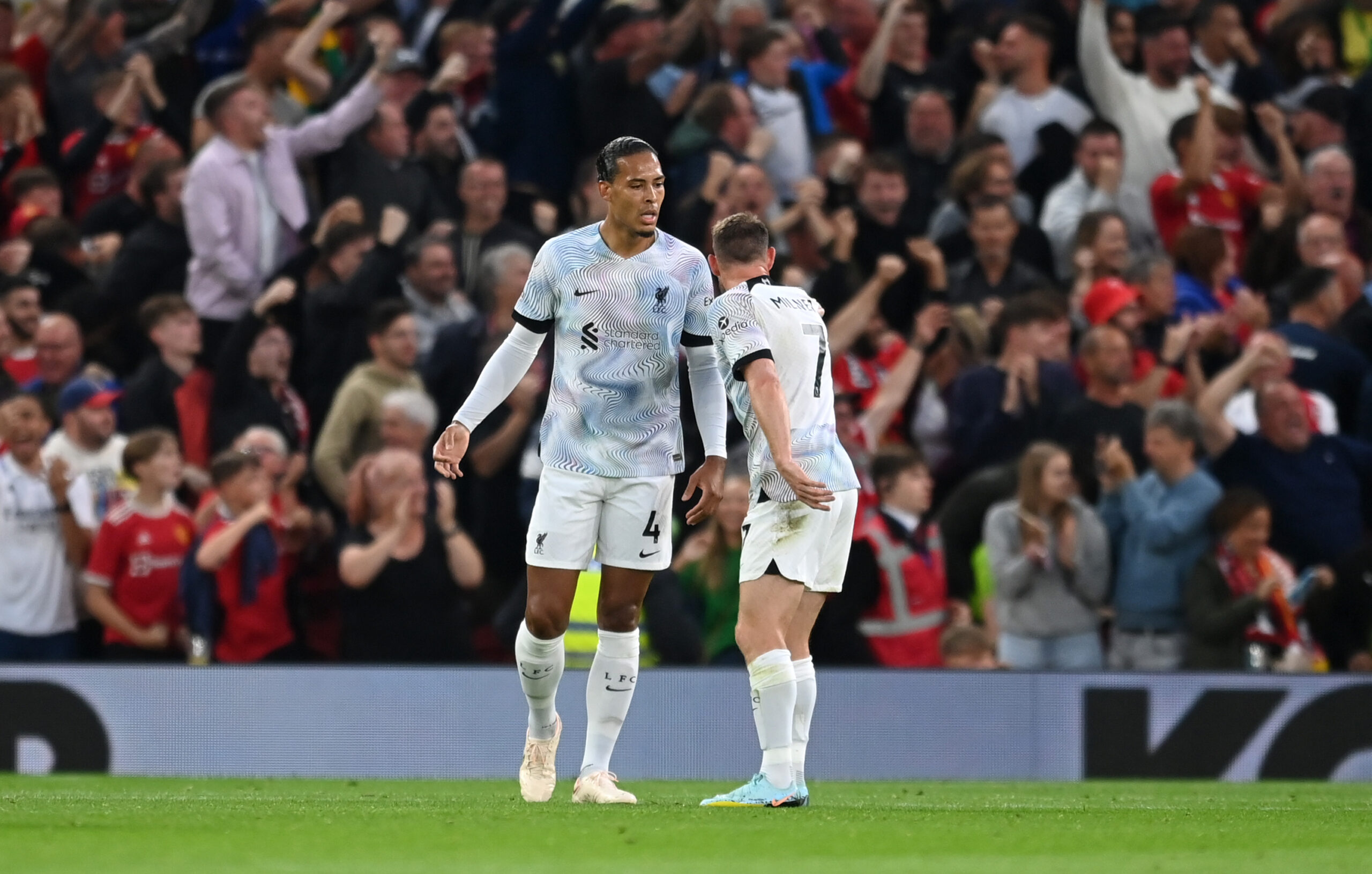 Last week marked the 27th anniversary of Alan Hansen’s withering review of a Manchester United defeat at Aston Villa on the opening day of the 1995-96 season. “You can’t win anything with kids,” Hansen said of a club who had sold players such as Mark Hughes, Paul Ince and Andrei Kanchelskis and yet decided to replace them from within, relying on a batch of graduates who had emerged from the youth team in and around the year 1992.

Squad maintenance and succession proofing is one of the most important and hardest juggling acts in football. Arsène Wenger was reluctant to hand long contracts to players who had hit 30, which may have lost him Robert Pires a bit too early but was a sound policy overall. Alex Ferguson was a master at deconstructing and then reconstructing his teams at just the right time, while Liverpool’s failure to do so effectively in the early 1990s set in motion the long wait for a 19th league title that was finally ended by Jürgen Klopp in 2020. Incredibly, Liverpool coming first in 2020 after finishing second in 2019 remains the only time since 1991 that the club have finished in the top two for two seasons in a row, so after finishing second again in 2022, perhaps we should have realised that 2022-23 would be a far tougher prospect than many were predicting. Injuries and an aging squad have coalesced to create a genuine crisis moment for Liverpool’s ongoing Premier League fortunes, and finding this out at Old Trafford against a resurgent Manchester United is the worst way possible.

Manchester United’s pressing and aggression from the start of Monday’s game seemed to catch Liverpool off guard, particularly the all-English midfield of Jordan Henderson, James Milner and Harvey Elliott. The bearded Milner was playing in the Premier League before Elliott had even been born, and along with Henderson, was one of five players over the age of 30 to feature for them at Old Trafford, fewer than the seven that started or came on at Fulham in the opening day but still a concerningly high number. As pointed out on OptaJoe, six starters aged 30+ against Fulham was the most for Liverpool since the bad old days of the 1993-94, when the Reds flirted with relegation for much of the season. It hasn’t been that high since the opening game, but only because Thiago limped off at Craven Cottage and is yet to return.

Ostensibly, one of the most positive developments for Liverpool this summer was Mohamed Salah’s decision to sign a new contract but although the Egyptian is showing very few signs of slowing down, a lacklustre Virgil van Dijk very possibly is, as are Henderson, Milner, and Roberto Firmino while Thiago and Joel Matip suffer injury too frequently. A look at Liverpool’s squad age profile shows that their midfield this season is lacking anyone slap bang in the peak years range. Fabinho will turn 29 soon and was surprisingly dropped for the United game, while the 27-year-old Naby Keita is reported to now be out once again with injury. Team selection when the transfer window is open can be a political statement and you do wonder whether Klopp’s decision to field two veterans and a youngster was a message to the club’s owners with a week left to bolster the midfield.

It can take a long time to turn a club around when its age profile has drifted. The end of 2022-23 will mark 19 years since Arsenal were last champions of England but the Gunners finally look like they are heading in the sort of direction that could bring them a 14th league title. Their squad usage so far this season is a tantalising mixture of peak years players and a cavalcade of promising youngsters, a combination that has ensured they are the only Premier League team with a 100% record after three games. Clearly, it’s way too early to say that Liverpool are finished or that Arsenal are about to consistently challenge Manchester City at the top of the Premier League but one of these squads needs more urgent surgery than the other and it’s not hard to work out which one that is.

Across in Germany, Sadio Mané, the 30-year-old that Liverpool did sell this summer, has three league goals already, only one fewer than Liverpool have in total. Since the start of 2020-21, up to and including the Manchester United game last night, Liverpool have collected 2.1 points per game with Mané in the team and only 1.7 without him. 2.1 per game across a season is around 80 points, usually enough to seal Champions League qualification, while 1.7 will bring in only 65, which could see Liverpool miss out on the top four. That could then initiate the sort of vicious circle that Arsenal themselves are only just extricating themselves from, where you lose revenue you need to build a squad good enough to get back into the European elite, while your rivals surge into the distance.

Nothing stands still in the Premier League, especially not time. Liverpool might just be discovering that once again.