What Can Josh Giddey Learn From a Former Most Improved Player of the Year? | The Analyst 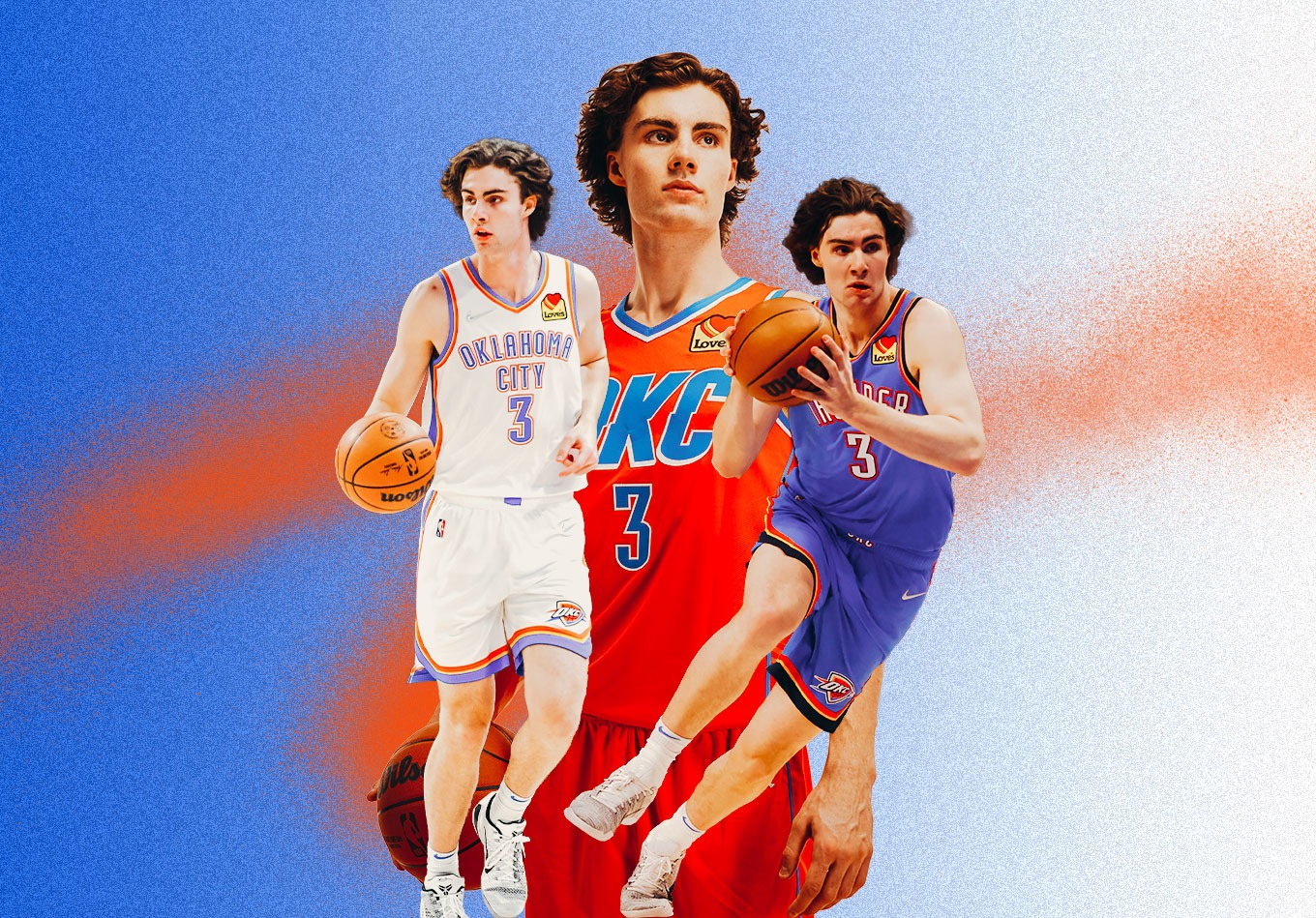 What Can Josh Giddey Learn From a Former Most Improved Player of the Year?

It’s safe to say that Year 1 of the Josh Giddey experience was a success.

Despite poor shooting efficiency (nearly nine points below the league average in true shooting percentage) and lackluster standing in impact metrics (minus-1.2 DRIP), he established himself as one of the league’s most promising passers and earned an NBA All-Rookie Second Team nod for the Oklahoma City Thunder in a stacked freshman class.

As a non-traditionally athletic floor general touting a surplus in size, one cannot help but envision a timeline in which Giddey’s production mimics the impact of a prime Hedo Türkoğlu (who coincidentally also received a second-team All-Rookie nomination 21 years prior).

And as wishful as this thinking appears on the surface, dig a little deeper, and one may find that this developmental outcome is more manageable than it initially seems.

What Giddey Needs to Do

To create open shots for others (i.e., playmaking), you need to be able to do two things effectively: pass and score.

The first part is rather intuitive – of course you need to be able to pass to be a playmaker. So then, why do you need to score?

To steal a quote from Daryl Morey: “Until you can’t guard someone with one player, you really haven’t created an offensive situation.”

And typically, what forces a team to put defenders on someone is that player’s threat to score. So, playmaking is just the art of being able to draw two defenders to the ball and then, from there, locate and facilitate the advantage created by your presence.

When Dwight Howard and company marched their way to the 2009 NBA Finals, it was Türkoğlu who filled the void as the team’s go-to playmaker.

Türkoğlu, like Giddey, was a subpar finisher with poor handles. Instead, his scoring game was powered by his size, mastery of changes in speeds, and potent marksmanship. That last ingredient is particularly important because, as currently constructed, Giddey’s game features those first two variables but is sorely lacking in the final category.

Türkoğlu maintained these higher marks despite a high self-creation load. From 2002-03 until the end of his career, only 35.1% of his two-point attempts were assisted (suggestive of a pull-up heavy shot diet).

Türkoğlu’s pull-up powers made drop coverage a non-consideration for opponents. And since switching wasn’t as popular as it is now, teams would often resort to hedging his ball screens.

For those unaware, hedging is a ball-screen tactic that involves momentarily bringing a second defender to the ball in order to buy time for the original defender to navigate the screen.

A second defender on the ball? That creates an offensive situation!

And thanks to Türkoğlu’s size and vision, he could immediately pinpoint the weakness and exploit the advantage his shooting gravity created.

Another way Giddey can look to emulate Türkoğlu is in his approach to mismatch hunting. Especially in playoffs, when transition scampers are scarce and half-court slogs are bountiful, having a needle that can pierce through a defense’s shield is of the utmost importance.

Thanks to his bullish frame, Türkoğlu could lure smaller prey into the post, where he could bait them into fouls or dismember them with fallaways.

Meanwhile, Giddey was often the receiver of low post poundings rather than the administer (getting bodied by both sturdier and frailer challengers).

Moving forward, he’d do well to add some bulk to his frame. And while in most instances, an increase in strength comes with the double-edged effect of a diminishing first step, in Giddey’s case, he need not worry about this drawback because his downhill burst isn’t a major part of his arsenal to begin with.

As we said, Giddey has the passing component to playmaking down pat. What we failed to mention then was not only is he a good passer, but he’s already a better passer than even Türkoğlu was.

Take, for instance, the skip pass. Due to the nature of basketball rotational patterns, the player parked on the weakside corner is typically neglected by his defender so that said defender can offer supplementary resistance to potential penetrators.

Diligent ball handlers identify and exploit this tendency by zipping a fastball to their lightly contested teammate. Türkoğlu himself was not stranger to this practice, but even his velocity paled in comparison to Giddey’s:

With that aspect accounted for, he need only focus on getting his shooting levels up to par, which makes the offseason hiring of legendary shooting coach Chip Engelland an excellent business decision.

For those who were unaware, Engelland spent the past 18 seasons on Greg Popovich’s staff. During that time, he contributed to two NBA championships and most notably turned Kawhi Leonard – the tantalizing prospect with a broken jumper – into a dead-eye sniper.

There’s hope that a similar metamorphosis can take shape with Giddey. Even with his lackluster all-around shooting performance, he did display some proficiency from floater territory (five to nine feet). During his inaugural campaign, he converted on 41.7% on 1.6 attempts per game, placing in the 44th percentile league wide. For comparison, Türkoğlu only shot 31.4% from this area during his rookie season.

At the very least, Giddey’s expertise from this geographic region demonstrates a level of touch that Engelland can nurture and potentially help mature moving forward. Combine that prospect with his wunderkind passing and still developing body, and you can see a legitimate pathway for Giddey reaching similar heights as his predecessor.

And considering that Türkoğlu was at the forefront of an NBA Finals run, such an ascension would make Giddey a pretty darn good player.