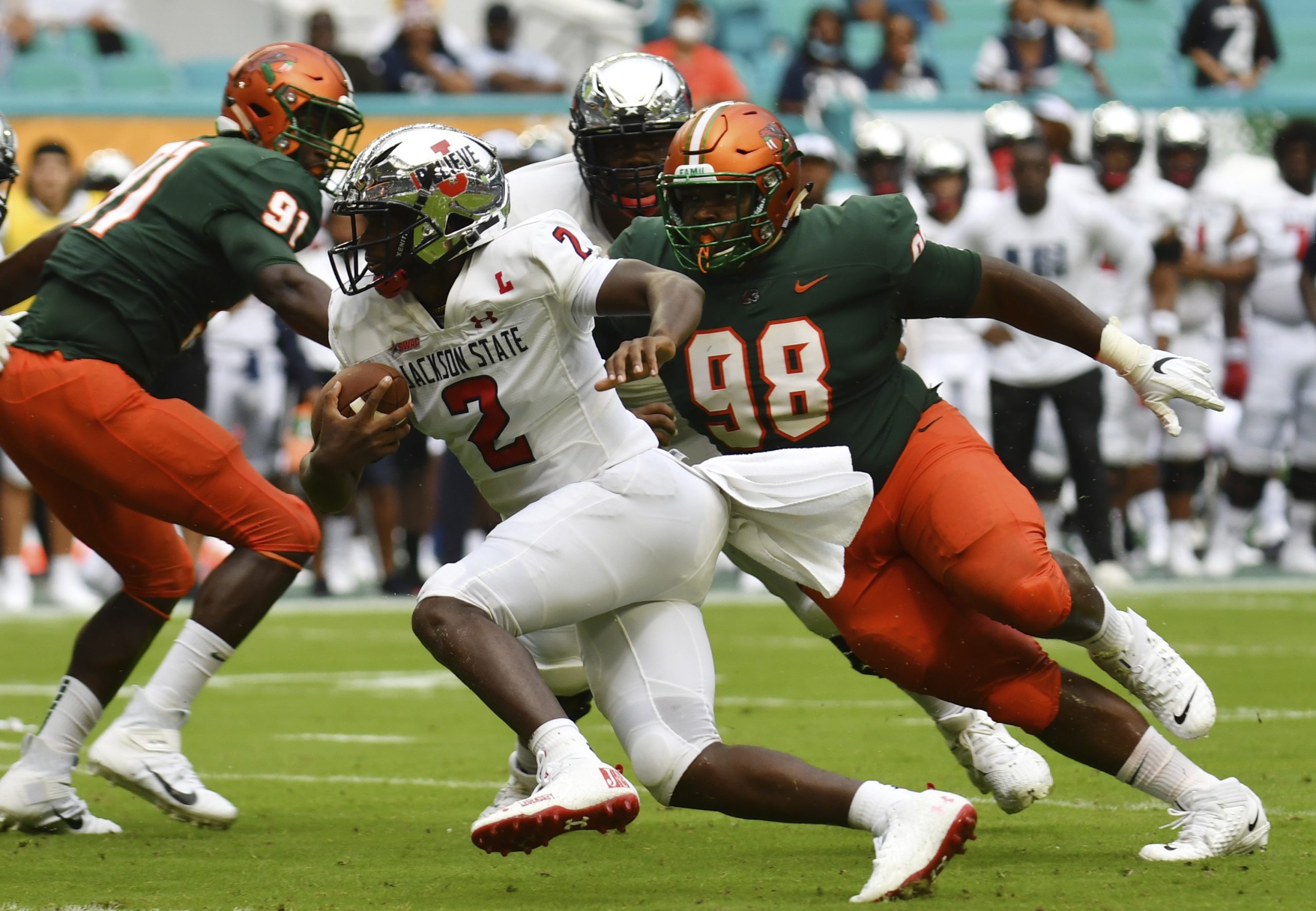 What a way to get the 2022 FCS college football season rolling along.

The extended Labor Day weekend will include a whopping 85 games that involve FCS programs, including 37 against FBS opponents. The Week 1 action kicks off Thursday night and is capped by its premier game on Sunday.

In a schedule with too many strong choices, here are the Week 1 games of the week in FCS college football (all times ET; team records are 2021 unless noted):

Notable: Jackson State’s 7-6 win over Florida A&M in last year’s Orange Blossom Classic at Hard Rock Stadium was the difference in the SWAC East standings as the Tigers finished 8-0 and the Rattlers 7-1. The lead-in to Sunday’s showdown is two-fold: FAMU trying to get more players certified with the NCAA after 20, including defensive standouts Isaiah Land (2021 Buck Buchanan Award recipient) and BJ Bohler, missed the team’s 56-24 loss at North Carolina in Week 0, and JSU dealing with its city’s water crisis. Transfer quarterback Jeremy Moussa (28 of 38 for 279 yards, one touchdown and one interception) impressed in the loss. He’ll now face an Aubrey Miller Jr.-led JSU defense that last season ranked second in the FCS in fewest yards allowed per game (257.4) and points allowed per game (14.8). Safety Travis Hunter, the No. 1-ranked recruit in the 2022 class, hopes to follow quarterback Shedeur Sanders to top freshman honors.

Notable: Kasim Hall’s 27-yard touchdown pass to tight end Caleb Warren in overtime lifted URI to a 27-20 win in last year’s CAA matchup. URI, though, had little answer for Stony Brook’s Ty Son Lawson, who carried the ball 28 times for 164 yards and a TD. The Rams will want to play keep-away from Lawton through ball control – they’re 8-0 the last two seasons when they’ve had 111 or more rushing yards. After going 13-1 at LaValle Stadium in 2017 and ’18, the Seawolves have a 6-8 home record since then.

Notable: Jack Zergiotis was UConn’s season-opening quarterback when Holy Cross pulled an upset last September, but a week later the Crusaders were stunned at home by Merrimack 35-21. The Warriors had a 16-minute advantage in time of possession, something Zergiotis, their new transfer QB, will try to duplicate with last year’s top two pass catchers in the Northeast Conference, wide receiver Jacari Carter and H-back Tyler Roberts. In last year’s matchup, the three-time defending Patriot League champ Crusaders were without tailback Peter Oliver, who finished second in the league in rushing yards to QB Matthew Sluka. Linebacker Jacob Dobbs racked up 18 tackles in the loss.

Notable: A stout defense like Iowa’s (No. 16 total defense, No. 13 scoring defense in the FBS last season) is necessary against SDSU’s explosive offense, which coach John Stiegelmeier calls the most talented of his 26 seasons. Quarterback Mark Gronowski, playing for the first time since the spring 2021 national championship game, can dish to tight ends Tucker Kraft and Zach Heins and wide receivers Jadon and Jaxon Janke, a quartet that combined for 26 TD catches, or get the ball to running back Isaiah Davis. Add in Kirk Ferentz’s 24 seasons at Iowa to Stiegelmeier’s tenure at SDSU and it’s 50 overall.

Notable: In the teams’ first-ever meeting, EWU sixth-year senior Gunner Talkington takes over at quarterback after being the longtime backup to Eric Barriere, the 2021 Walter Payton Award recipient. Talkington has his share of trusty wide receivers, including Freddie Roberson and Efton Chism III coming off a combined 106 receptions and 15 TD catches. The two players who split the Ohio Valley Conference’s freshman of the year award in spring 2021 are now in the same TSU backfield, running back Devon Starling and Austin Peay transfer QB Draylen Ellis.

Notable: This is the 93rd all-time meeting (A&T leads 53-34-5), but the schools are celebrating 100 years of the Aggie-Eagle Classic, which is a season opener for the first time since 2003 and being played at Bank of America Stadium, home of the Carolina Panthers. A&T needs to lift an offense that was hurt by a pandemic season off in 2020, dropping from 18th in the FCS in 2019 to 98th last season. Its pass rush of linebacker Jacob Roberts (back-to-back seasons with 12 tackles for loss) and defensive end Jermaine McDaniel (11.5 sacks in 16 games at A&T) will be strong against NCCU quarterback Davius Richard (46 sacks in his 22-game career). The Eagles’ Brandon Covington is a difference maker on returns.

Notable: McNeese topped MSU 21-14 in their only previous meeting in the 2002 FCS playoffs. Gary Goff debuts for the visiting Cowboys as their fourth different head coach since 2018. Also new is transfer Cam Ransom, a lefty QB from Georgia Southern. The Southland Conference’s top rushing defense won’t have to deal with rehabbing Bobcats running back Isaiah Ifanse (3,461 career yards), but quarterback Tommy Mellott rushed for 422 rushing yards in four playoff games for the FCS runner-up. Their 8-0 home record in coach Brent Vigen’s first season was topped only by national champ North Dakota State (9-0).