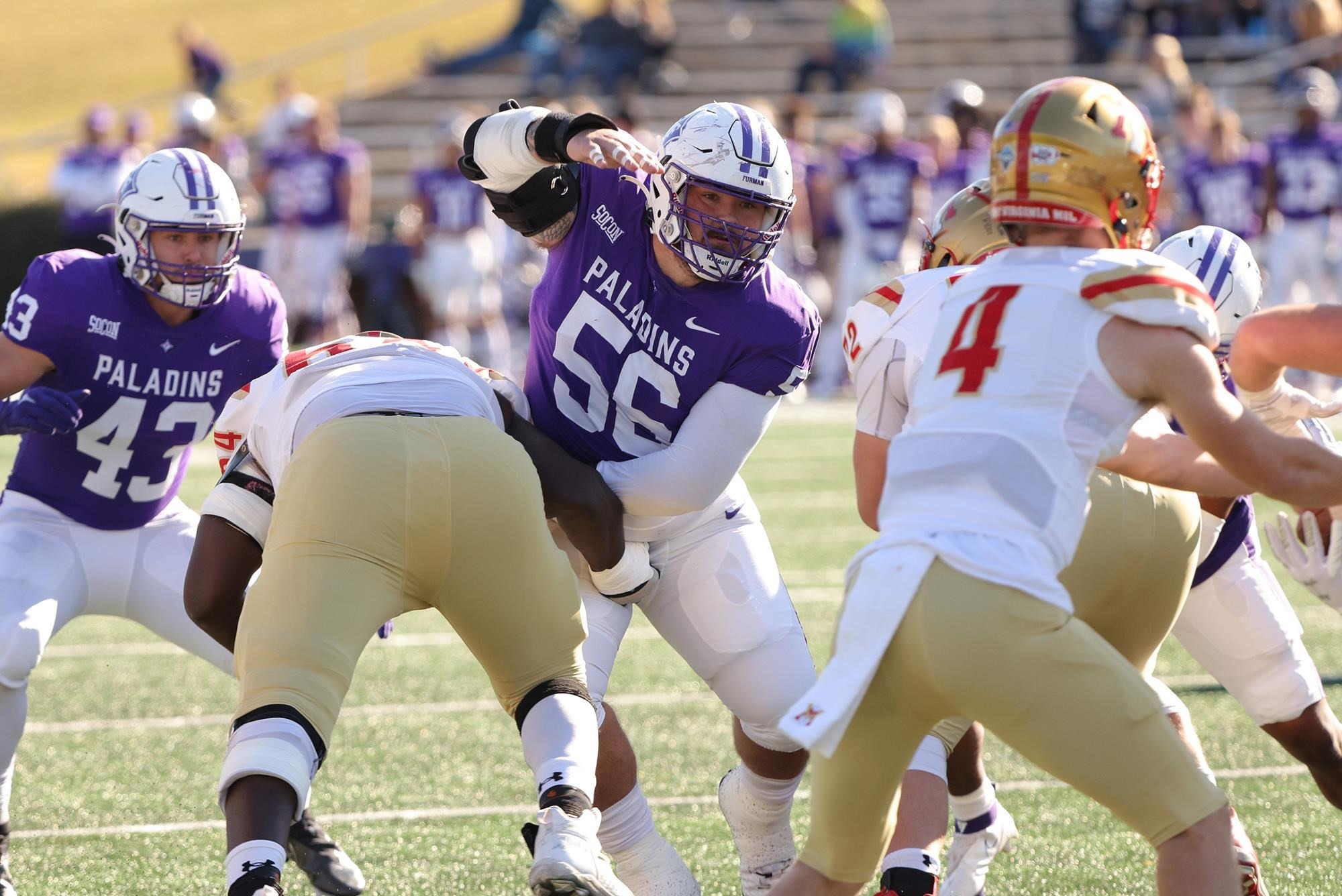 Maybe too good for itself.

The teams beat up on each other in the conference schedule. Entering the final three-week stretch of November, Mercer sat atop the standings with a 5-1 conference record, and Chattanooga, ETSU and VMI were each 4-1, giving the conference the possibility of matching its high of four FCS playoff bids in 2016.

Only ETSU qualified for the playoffs.

VMI went 0-3 in November, Chattanooga lost its final two games and Mercer fell short of an at-large after ETSU closed with a win over the Bears to earn the SoCon’s automatic playoff bid.

November may not eliminate as many SoCon teams this season, but they’re going to have to arrive there first in one piece. Many of the key conference games are in September and October in what should be another bunched title race.

Here’s a quick look at the upcoming SoCon season:

1. *Chattanooga (6-5, 5-3; preseason No. 12 ranking) – The Mocs were the SoCon’s preseason choice a year ago as well and fell short despite leading the conference in scoring defense, total defense, rushing defense and passing defense. They’ll be fierce again with SoCon defensive player of the year Devonnsha Maxwell and Jay Person up front and linebacker Ty Boeck scooping up at the next level, and transfers in to retool the secondary. On offense, fourth-year coach Rusty Wright will want senior running back Ailym Ford (2,244 yards, 20 touchdowns) to follow NFL prospect McClendon Curtis’ blocking. (The national sleeper team?)

2. *ETSU (11-2, 7-1; preseason No. 11 ranking) – Former Furman offensive coordinator George Quarles has succeeded the retired Randy Sanders, who last season guided the SoCon champion Bucs to a school-record win total, including an FCS-leading five comeback wins in the fourth quarter. Even with the loss of 1,500-yard rusher Quay Holmes, they return a 1,000-yard rusher in Jacob Saylors (7.1 yards per carry). The SoCon’s most-efficient quarterback, Tyler Riddell (139.3 rating), helped the Bucs to a +13 turnover margin (the next-best in the conference was +3).

4. Furman (6-5, 4-4) – Just when defenses put their focus on bruising running back Dominic Roberto (512 rushing yards, five TDs in the final three games), the Paladins throw over the top to tight end Ryan Miller (43 receptions, 749 yards, seven TDs last season). Presbyterian transfer Tyler Huff will open the season as the No. 1 quarterback. The road portion of the schedule is difficult, with the six opponents a combined 26-7 at home last season.

5. VMI (6-5, 4-4) – Even with the disappointment of an 0-3 November, the 2020 SoCon champion Keydets posted a second consecutive winning record for the first time since the program had six in a row from 1957-62. QB Seth Morgan has 16 TD passes against one interception in winning performances, but it’s eight TDs versus 14 picks in losses. SoCon first-team preseason selections included the VMI special teams trio of kicker Jerry Rice, punter Jack Culbreath and long snapper Robert Soderholm.

6. Western Carolina (4-7, 4-4) – The Catamounts ended coach Kerwin Bell’s first season with wins in four of their final five games, averaging 43.2 points in that stretch. Opponents find it hard enough to defend the SoCon’s leading wide receiver, Raphael Williams (73 receptions, 959 yards, nine TDs), but they also have to keep up with the Joneses, running back T.J. Jones (12 totals TDs) and wideout/return specialist Calvin Jones.

8. The Citadel (4-7, 3-5) – The Bulldogs’ triple option offense ranked fourth in the FCS in rushing yards per game (268.3) last season, and now Alex Ramsey is set to play for the first time since he ranked fourth in the FCS in scrimmage yards (1,649) and tied for third in touchdowns (22) while playing at VMI. Defensive back Destin Mack’s five interceptions tied for the SoCon high, and his 142 return yards off the picks ranked third in the FCS. (The Citadel has the most overtime wins among FCS programs)

(A look back at Southern Conference Football Media Day)

Jacob Saylors, RB, ETSU (Walter Payton Award preseason nominee) – The SoCon’s preseason offensive player of the year was just behind Holmes while ranking sixth in the FCS with 144.8 all-purpose yards per game. The senior enters the season with 4,357 career all-purpose yards.

Lance Wise, S, Mercer – Wise always seems to be around the ball, bringing 175 career tackles and 18 passes defended into his senior campaign.

Chattanooga at ETSU (Oct. 1) – The last four meetings have been decided by seven points or less. The host Bucs posted a 7-0 record at William B. Greene Jr. Stadium last season.

ETSU at Mercer (Oct. 15) – ETSU closed the regular season by edging Mercer 38-35 in a de facto SoCon title game. Riddell completed 26 of 29 passes for 265 yards and three touchdowns, including the game-winner in the final two minutes.

Chattanooga at Furman (Oct. 29) – Double-strap the helmets, the Furman run game is about to collide with the Chattanooga rush defense. The road team is 11-6 in the series since 2005.

ETSU stymied Vanderbilt 23-3 last season, becoming just the second FCS program to hold an SEC opponent without a touchdown since the Division I split in 1978.

The SoCon’s nine matchups this season: