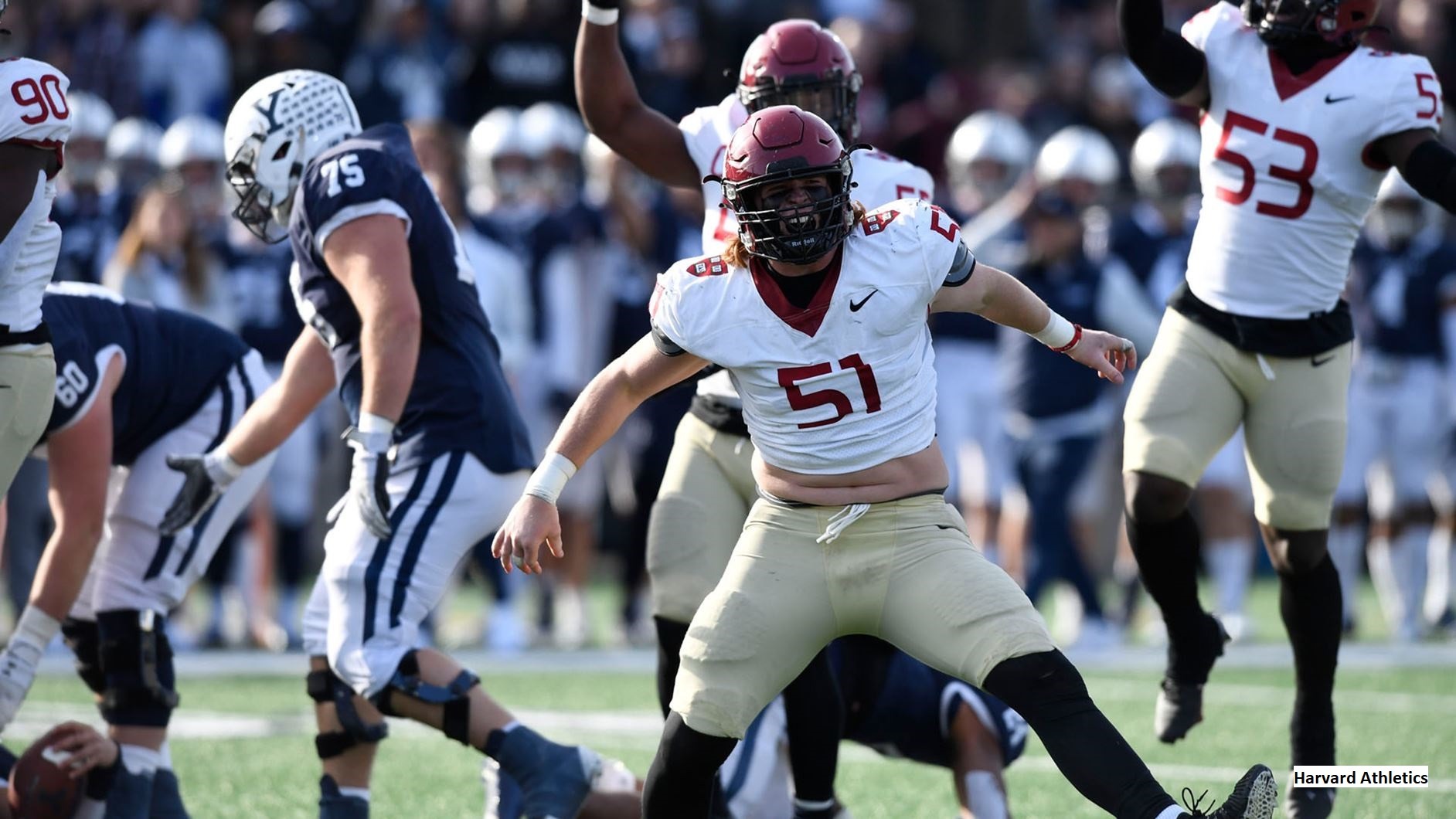 The close predictions atop the Ivy League’s 2022 preseason poll reflected what should be a superb title race.

Harvard and Dartmouth tied for first in the poll, followed by Princeton, a co-champion with Dartmouth last season, nipping at their heels in third place. There was a slight drop-off to Yale, but the Bulldogs’ veteran squad is expected to contend for the title as well.

The many super seniors are gone after they returned to play a final season last fall following the league sitting out the 2020 campaign due to the pandemic. Plenty of new standouts should emerge this fall.

Here’s a quick look at the upcoming Ivy League season:

2. Yale (5-5, 4-3) – Their 2021 record would have looked a lot different had the Bulldogs not gone 2-4 in games decided by seven or fewer points. The offense will strike back with dual-threat quarterback Nolan Grooms (14 TD passes despite making just five starts), running back Spencer Alston (517 yards from scrimmage, nine TDs), wide receiver Mason Tipton (21.1 yards per catch) and left tackle Nic Gargiulo. The defensive line is stout, anchored by FCS Preseason All-America tackle Clay Patterson and including senior ends Reid Nickerson and Oso Ifesinachukwu.

3. Dartmouth (9-1, 6-1) – The Big Green have posted three straight seasons of 9-1 overall and 6-1 in the league, and gone 5-2 or better in seven of the last eight Ivy seasons. Last season, they ranked third in the FCS in points allowed per game (14.7) and fifth in yards allowed per game, but the defense returns only three starters. Quarterback Nick Howard rushed for 787 yards and 15 touchdowns in a platoon role, but now has the full-time job and a veteran line to help him move the offense. Coach Buddy Teevens is two wins shy of 150 in his career.

4. Princeton (9-1, 6-1) – The Tigers, under 12th-year coach Bob Surace, haven’t lost out of league since 2016 and are 27-3 overall (18-3 Ivy) in their last three seasons. Last year’s league-leading offense will have a new trigger man, with sophomore Blake Stenstrom, junior Joseph Hutchinson and freshman Blaine McAllister in a QB competition. Junior wide receiver Andrei Iosivas (41 receptions, 703 yards, five TDs) is drawing NFL attention. Defensive lineman Uche Ndukwe is coming off a breakout season with 9.5 tackles for loss and six sacks in only six games. (Princeton is tied for second among FCS teams in overtime games)

5. Columbia (7-3, 4-3) – Quarterback Joe Green passed for 1,590 yards and 10 touchdowns while becoming the Lions’ first Ivy League rookie of the year since 2007. He’s still surrounded by good skills position players, including running back Ryan Young and wide receiver Marcus Libman. The Lions won 19-0 at Dartmouth for their first Ivy shutout since 2009. Coach Al Bagnoli enters his seventh season at Columbia and 40th overall – his 263 career wins the most among active FCS coaches.

6. Penn (3-7, 1-6) – Penn’s tradition-rich program has taken a step backward in recent years, but last season’s record was eye opening. Quarterback Aidan Sayin enjoyed a strong finish to his freshman campaign, surpassing 200 passing yards in each of the final three games. Just as important, the Quakers are experienced in the trenches, with Trevor Radosevich anchoring the offensive unit and Micah Morris the defensive unit.

7. Brown (2-8, 1-6) – A 27-member senior class hopes to lift the Bears, who have gone 2-26 in Ivy games over the last four seasons (7-33 overall). Coach James Perry has to replace the league’s offensive player of the year, E.J. Perry, behind center. While that is a tough assignment for either junior Jake Willcox or senior Aidan Gilman, the new starting QB will have plenty of skills position players, including wide receivers Wes Rockett, Graham Walker and Hayes Sutton a (combined 167 receptions and 21 TD catches) and running back Allen Smith, who led the league in all-purpose yards per game (107.7).

8. Cornell (2-8, 1-6) – The Big Red have finished with a losing Ivy League record in 16 straight seasons, including the last eight under coach David Archer. They return a pair of seniors who earned first-team All-Ivy honors: linebacker Jake Stebbins, who led league with 95 tackles, and wide receiver Thomas Glover, who after converting from running back caught 55 passes for 767 yards. Quarterback Jameson Wang rushed for a team-high 349 yards plus four TDs as a freshman.

Andrei Iosivas, WR, Princeton – Catch him if you can: Iosivas, who averaged 17.1 yards per catch last season, is a three-time Ivy League champion and 2022 NCAA indoor All-American in the heptathlon.

Jake Stebbins, LB, Cornell – Stebbins finished strong with nine or more tackles in the final five games, including a career-high 13 stops, two sacks and a forced fumble against Princeton.

Alex Washington, DB, Harvard – Quarterbacks will shy away from Washington, who picked off four passes last season, including two against Lafayette.

Harvard at Dartmouth (Oct. 29) – The winning margin in five of the last six meetings since 2015 has been two or three points, and the other game (2018) was a seven-point difference.

Dartmouth at Princeton (Nov. 5) – The most recent meeting at Princeton Stadium was a classic, with the Tigers holding on for a 14-9 win en route to the last perfect Ivy season (10-0, 7-0). The Big Green have come back to win the last two meetings in 2019 and last season.

The Ivy League and the Pioneer Football League, which both have non-scholarship programs, are not playing FBS opponents this year. Dartmouth has a matchup at Army scheduled in 2024.