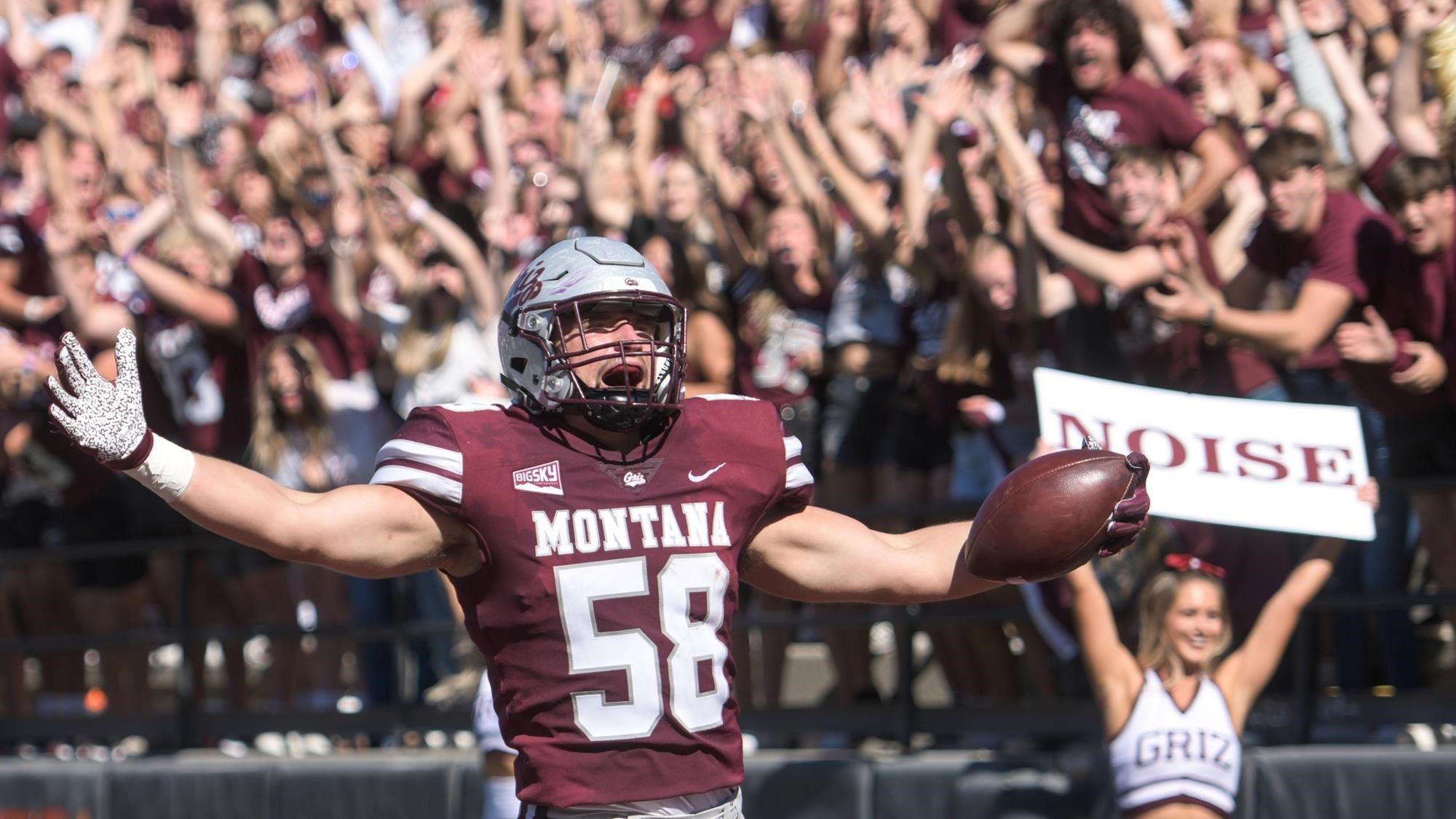 The Montana Grizzlies winning the Big Sky championship once seemed like a given – it occurred in 12 consecutive seasons from 1998 to 2009 and 15 out of 17 years when stretched out to ‘93.

Their drought in the last 12 seasons (since 2010, although the Griz sat out the 2020 pandemic-delayed conference schedule) is just as surprising.

In 2022, the Griz are favored to return to the top of the standings – an arduous task given the depth of the Big Sky, whose six teams ranked in the Stats Perform FCS Preseason Top 25 are the national conference high.

The conference is exceptionally deep in running backs this season, and key returning standouts on defense seem to be everywhere.

Here’s a quick look at the upcoming Big Sky season:

2. *Montana State (12-3, 7-1; preseason No. 4 ranking) – MSU followed up a semifinal-round playoff appearance in 2019 (they sat out 2020) with a runner-up finish to North Dakota State last season. Only the FCS kingpin’s home record was better than the Bobcats’ 8-0 mark. While their defense lost a number of key players, the Big Sky-best rushing attack brings back running back Isaiah Ifanse (1,623 yards) and quarterback Tommy Mellott (422 rushing yards in playoffs). Both players will be returning from injuries.

4. *Weber State (6-5, 5-3; preseason No. 20 ranking) – A healthier season out of quarterback Bronson Barron and running back Josh Davis will go a long way as the Wildcats seek a level more like their Big Sky champions from 2017-20. They’ve gone from winning 20 of 21 home games to losing five of the last six at Stewart Stadium.

7. Portland State (5-6, 4-4) – While the Vikings return 17 starters, three-year quarterback Davis Alexander is one of the losses. Defensive end VJ Malo and safety Anthony Adams match up well with any defensive duo in the conference.

8. Northern Arizona (5-6, 4-4) – With improved consistency, the Lumberjacks could be the Big Sky dark horse. Quarterback RJ Martinez was the conference’s rookie of the year and Kevin Daniels rushed for 1,146 yards on 6.2 yards per carry as a freshman.

11. Cal Poly (2-9, 1-7) – Coach Beau Baldwin is three wins shy of 100 in his career, but the Mustangs’ climb/rebuild is challenged by a rough schedule (opponents were 84-50 last season). QB Spencer Brasch impressed last season.

12. Idaho State (1-10, 1-7) – Charlie Ragle has a building block in sophomore QB Hunter Hayes, but the first-year coach faces a major rebuild with a program that has only two winning seasons in the last 18 years.

Incredibly, in the last six full seasons (not 2020), a team picked fifth or lower in the conference preseason polls (coaches and media) has gone on to at least tie for the Big Sky title.

Patrick O’Connell, LB, Montana, and Justin Ford, CB, Montana (Buck Buchanan Award preseason nominees) – O’Connell, the Big Sky’s preseason defensive player of the year, finished third in the 2021 Buchanan Award voting after ranking first in the conference in sacks (14) during the regular season. Ford was fourth in the voting and forced a takeaway in an astounding 10 straight games.

Montana State at Eastern Washington (Sept. 24) – The Bobcats also played on the red turf last year, and Ifanse had a career-high 32 carries for 217 yards.

Montana at Montana State (Nov. 19) – UM holds a 74-41-5 series lead after ending a four-game losing streak to the Bobcats in the FCS’ most bitter rivalry.

Big Sky teams combined for four wins over FBS opponents last season – the most by an FCS conference since 2016. This season’s 15 matchups: