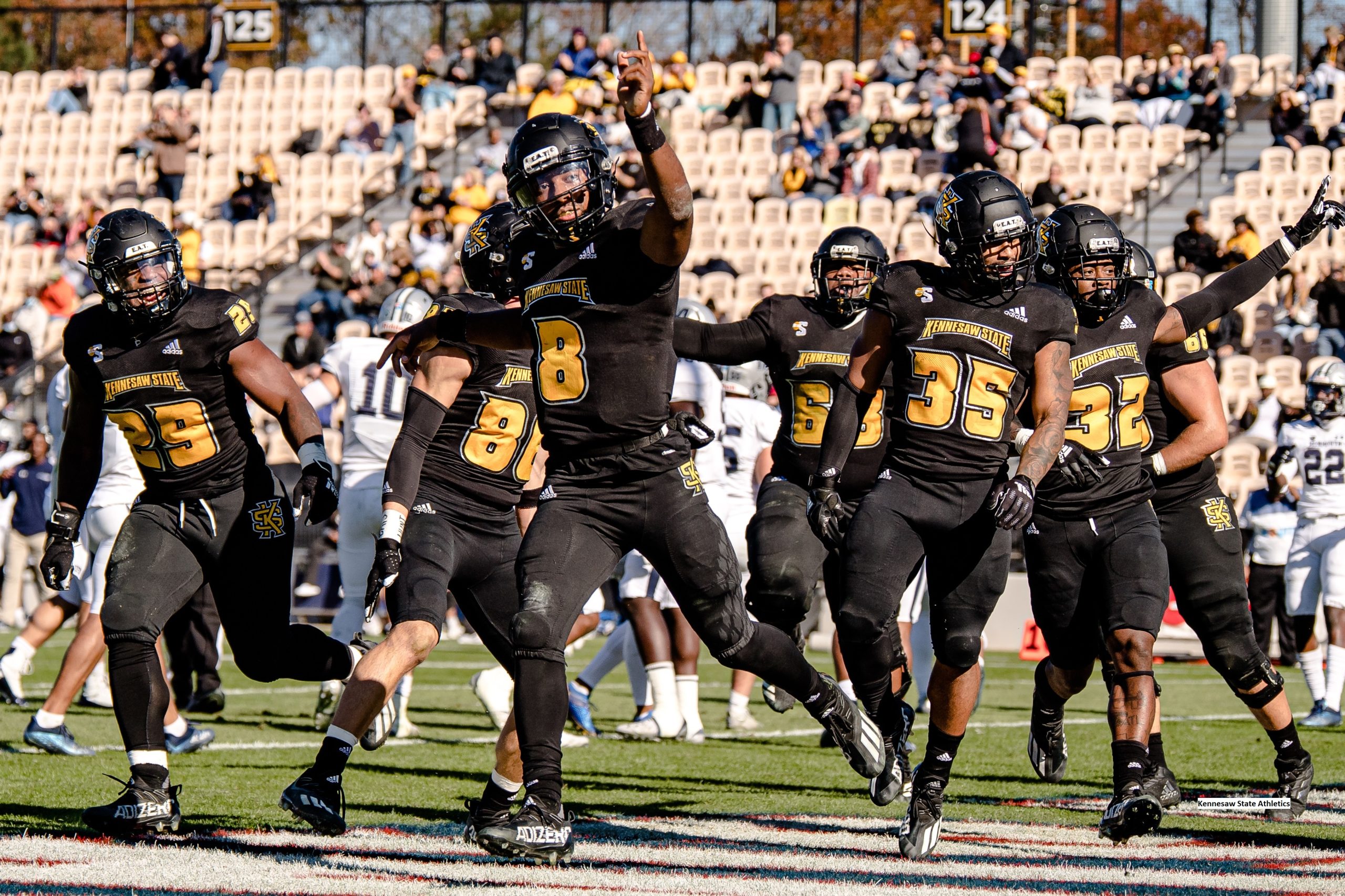 There’s a odd dynamic with the ASUN-WAC Challenge in the 2022 season, but there’s still good FCS college football to go around.

While the two-conference partnership has been extended for a second season, its members represent five different conferences from last season and their schedules include just two games that pit teams crossing over conferences to play each other. Sam Houston, which won the 2020 national championship in a postseason played in spring 2021, and Jacksonville State aren’t eligible for the ASUN-WAC’s automatic playoff bid because they have moved over the FCS scholarship limit in heading toward the FBS and Conference USA next year.

Still, there are two preseason top-10 teams (Kennesaw State and Stephen F. Austin) and two more that were within the first 10 spots outside the Stats Perform FCS Top 25 (Eastern Kentucky and Central Arkansas).

Here’s a quick look at the upcoming ASUN-WAC Challenge season:

1. *Kennesaw State (2021: 11-2, 7-0 Big South; preseason No. 8 ranking) – The Owls departed the Big South with three conference championships, four playoff bids and a 49-10 record since 2017. Their triple option offense, directed by quarterback Xavier Shepherd (867 yards and an FCS-high 23 touchdowns on the ground), ranked third in the nation in rushing yards per game (278.6) and sixth in time of possession (33 minutes, 26 seconds). Their road schedule is particularly challenging, with the five opponents a combined 39-21 (.650) last season.

3. Eastern Kentucky (7-4, 4-2 ASUN-WAC) – Dual-threat Parker McKinney (6,858 yards of total offense, 53 total TDs) enters his fourth season as the starting quarterback and has protection from rising left tackle Payton Collins. The defense is experienced in the front seven, led by linebacker Matthew Jackson, the ASUN’s preseason defensive player of the year. Although EKU is third all-time with 21 FCS playoff appearances, they haven’t advanced to the postseason since 2014.

4. Central Arkansas (5-6, 3-3 ASUN-WAC) – UCA rebounded nicely from the loss of quarterback Breylin Smith, signing Northern Iowa transfer Will McElvain to team with running back Darius Hale, who rushed for 1,015 yards and 17 touchdowns as a freshman. The defense has experience and excellence in defensive end Logan Jessup (22 tackles for loss, 11.5 sacks in last two seasons) and safety Cameron Godfrey.

5. Austin Peay (6-5, 4-2 Ohio Valley) – When the Govenors scored 30 or more points last season, they were 6-0. Anything below that number ended with a loss. Wide receiver Drae McCray (53 receptions, 882 yards, eight TDs) finished with a flourish as a freshman and transfer cornerback Shamari Simmons had a breakout in the Governors’ standout secondary, which fueled the defense to 27 takeaways (tied for fifth-most in the FCS).

8. Southern Utah (1-10, 0-8 Big Sky) – New coach Delane Fitzgerald went 62-19 in eight seasons at Frostburg State, but with a young SUU squad, he says the program (6-34 since 2018) is a year or two away from potential contender status. Defensive end Francis Bemiy has stood out during the struggling, totaling 137 tackles, 25.5 tackles for loss and 10 sacks in 38 career games. No active FCS quarterback with at least 600 pass attempts has as high a completion percentage (63.4) as Justin Miller.

Sam Houston (11-1, 6-0 ASUN-WAC) – The 2020 season national champ is ineligible for the playoffs due to being above the FCS scholarship limit. At quarterback, Keegan Shoemaker, last year’s backup, and Georgia Tech transfer Jordan Yates are in a competition to replace Eric Schmid.

Jacksonville State (5-6, 3-3 ASUN-WAC) – Like Sam Houston, the Gamecocks are in a lame-duck FCS season. New coach Rich Rodriguez, who formerly guided the West Virginia, Michigan and Arizona programs, will seek a rebound out of last season’s underachieving squad. Linebackers Markail Benton (69) and Stevonte Tullis (68) went 1-2 on the team in tackles.

Tarleton (6-5) – Tarleton is in the third of a four-year D-I transition. Kentucky quarterback Beau Allen will be glad to have the blocking of Kendall Dearth and Blake Haynes. The secondary lost 2021 WAC defensive player of the year Devin Hafford, but free safety Donovan Banks is a two-year mainstay.

Utah Tech (1-10) – Formerly Dixie State, the Trailblazers also are in the third of a four-year D-I transition. They will face another difficult schedule after defeating only Division II Fort Lewis last fall. Safety Tyrell Grayson led WAC teams in tackles (103) and solo stops (79).

How Each Conference Predicted Its Individual Race

(A look back to the conference media days: ASUN and WAC)

Sam Houston vs. Stephen F. Austin (Oct. 1 in Houston) – “The Battle of the Piney Woods” always draws a large crowd to NRG Stadium. SFA seeks to end a 10-game losing streak in the series after falling just short against the Bearkats last fall, 21-20.

Central Arkansas at Kennesaw State (Oct. 15) – This is a first-ever matchup for the ASUN members. KSU enters the season with an 11-game home winning streak and a 37-5 all-time mark at Fifth Third Bank Stadium.

The ASUN and WAC will combine on 14 matchups against Division I’s upper tier: