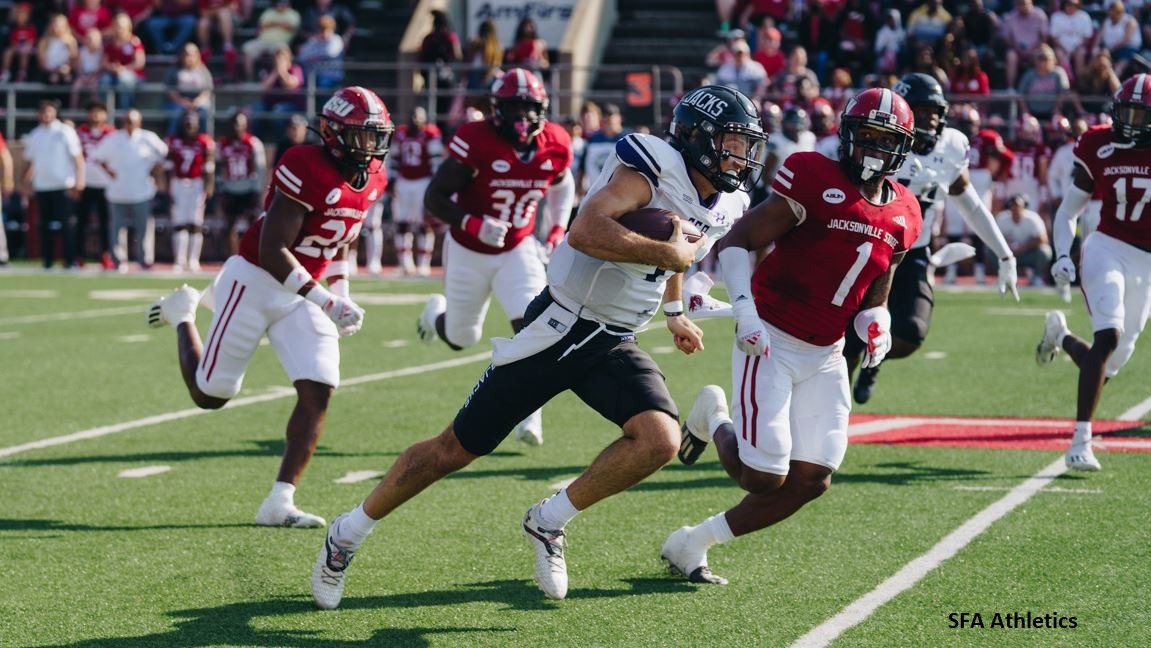 It’s time to put conference realignment, the transfer portal and NIL deals on the backburner because the best part of college football is here.

The 2022 Division I season kicks off on Saturday with Week 0 matchups, which usually serve as tasty appetizers before the main course is served over the extended Labor Day weekend.

On the FCS level, a record 130 schools will field teams this season, and the seven Week 0 games which involve 10 subdivision squads are the most ever.

Notable: While the significance of the FCS Kickoff showcase has declined in recent years, this is an attractive matchup. SFA’s veteran lineup is coming off its first FCS playoff appearance since 2014 and seeks its first conference title (now ASUN-WAC Challenge) in 12 years. Trae Self’s 242.5 career passing yards per game are highest among active FCS quarterbacks with at least 25 games, and a lot is due to Xavier Gipson, whose 3,142 receiving yards and 30 touchdown catches also lead active players. JSU begins its final FCS season before a move into the FBS. New coach Rich Rodriguez, the former West Virginia, Michigan and Arizona mentor, seeks to lift a squad whose 22-point average was its lowest since 2002, which also had been the Gamecocks’ previous losing season (5-6). Still, JSU edged SFA 28-24 in the head-to-head matchup.

Notable: Austin Peay, which has departed the Ohio Valley Conference for the ASUN, hasn’t defeated an FBS opponent since 1987 (Kansas State), but at least it doesn’t have to deal with last year’s WKU quarterback, Bailey Zappe, and his Division I single-season records for passing yards (5,967) and TD passes (62). Like last season, the Governors seek to create turnovers – their 27 forced tied for the fifth-most in the FCS, and cornerback Shamari Simmons had five of the takeaways. Former Jacksonville State running back Josh Samuel is one of the team’s additions.

Notable: Another Big Sky program, Eastern Washington, defeated UNLV to open the 2021 season, but Idaho State is under a rebuild with new coach Charlie Ragle (the Bengals have only two winning seasons in last 18 years). Roshaun Johnson, who rushed for a school-record six touchdowns in a win over Southern Utah, will attack a UNLV rush defense that ranked 93rd in the FBS.

Notable: Duquesne beat Ohio U. last September for the Northeast Conference’s first win over an FBS opponent, and later that day Florida State fell to Jacksonville State. Darius Perrantes led the win over Ohio, but the Dukes also return Joe Mischler, who was the 2021 season-opening quarterback before he was lost to injury. After only 15 games, running back Billy Lucas needs just four rushing yards to reach 1,000 in his career.

Notable: The MEAC leads the SWAC 11-4 in the Challenge, although its representative, Howard, is making its first appearance (Alabama State is 0-2). ASU won the only previous nonconference meeting in 2004. Offensive fireworks are possible with Howard quarterback Quinton Williams coming off a strong season and new Alabama State coach Eddie Robinson Jr. dropping in Auburn transfer Demetrius Davis behind center.