Did Dwight Howard Deserve to Be on the NBA's 75th Anniversary Team? | The Analyst 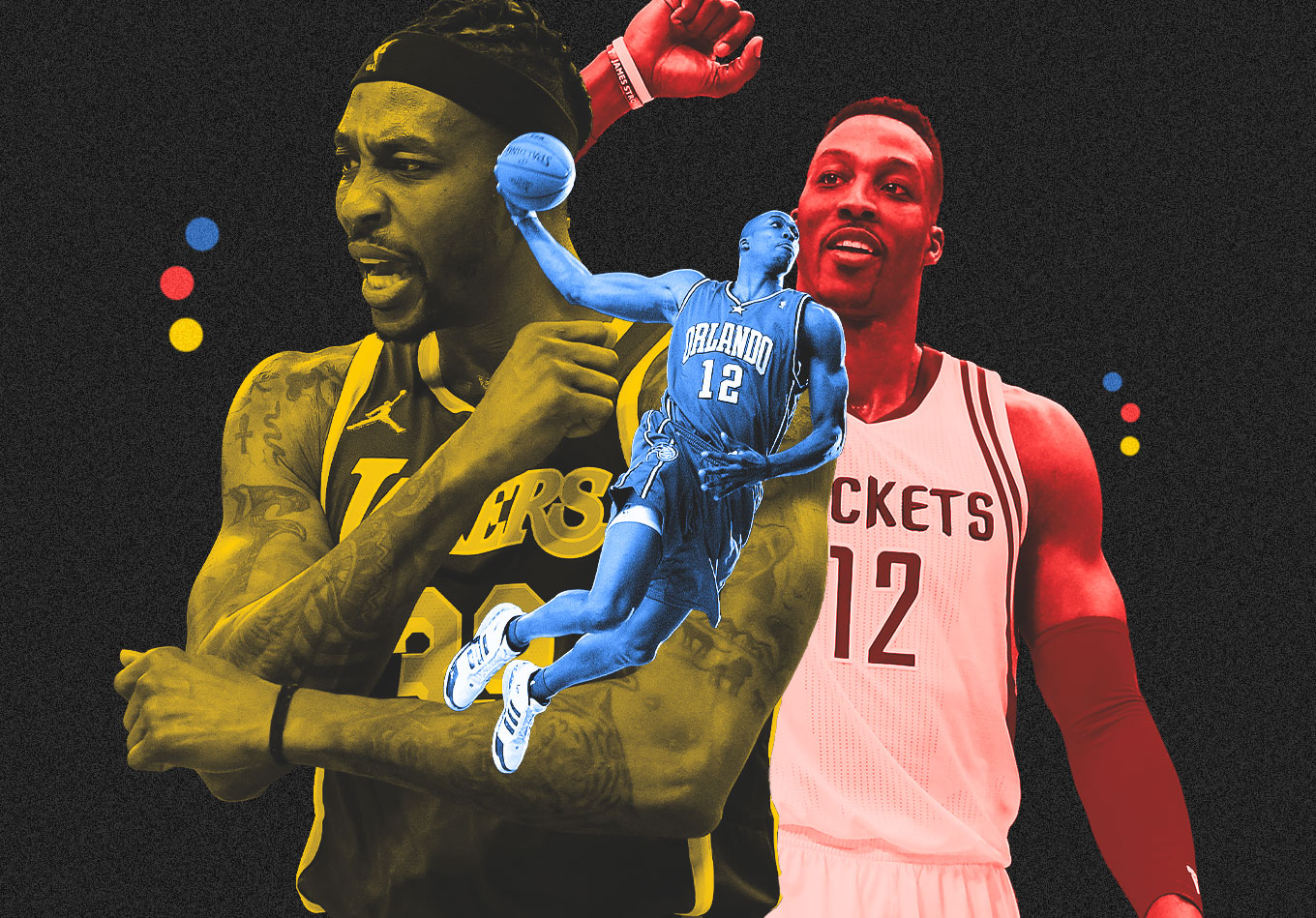 In an effort to commemorate its milestone birthday, the NBA released a 75th Anniversary Team voted on by a panel of media members, current and former players, coaches, and team executives last season.

As with all lists of this nature, people had their qualms. However, arguably no omission was more inexcusable than that of Dwight Howard.

A three-time NBA Defensive Player of the Year and the most dominant center of the late 2000s, Howard seemed like a shoo-in to receive a nomination. Yet, conventional wisdom did not prevail.

The voters were wrong about Howard. Not only because of his bountiful award arsenal, but because his superior athleticism helped unlock the Orlando Magic’s most dangerous offensive action.

His paint presence struck fears in the hearts of would-be penetrators and his robust defensive arsenal helped him be at the forefront of one of the most balanced teams of the modern era.

The late 2000s Magic often garnered comparisons to Rudy Tomjanovich’s Houston Rockets for their four out, one in offensive style centered around their dominant big man.

However, on offense, Howard functioned more like Shawn Kemp or Amar’e Stoudemire than the post-centric Hakeem Olajuwon.

His Clark Kent blend of size and strength made him the prototypical rim-running lob-catching big man. He did occasionally operate on the low block, but when he did, he relied more on swift power punches than methodical dream shakes.

Howard had great touch when finishing in these spots, and that, coupled with his penchant for generating these high-value shots, led to him finishing in the top-six in field goal percentage every season from 2005-14.

His elite finishing was an essential feature in the Magic’s go-to pet play – a middle pick-and-roll with two shooters spaced in the corners and a third executing a roll and replace action – the “Thumb Down Spread” (which you can learn more about here).

Here’s a demonstration of the play in theory and in practice (visual diagram presented by Luceo Sports):

On this play, Howard’s gravity as a rim-runner forces Rashard Lewis’ defender to tag him and enables Lewis to spring free for a practice 3-pointer (nobody hit more 3s than Lewis in 2008-09).

Howard was also a tremendous offensive rebounder (98th percentile in 2008-09), which allowed him to compensate for his teammate’s shortcomings as drivers. For instance, Hedo Turkoglu was never a strong finisher at the rim, but he always had a trailing Howard to clean the glass on his mistakes.

For most of his career, Howard has functioned primarily as a drop big man. He could hard hedge or switch ball screens if need be, but like people say about Rudy Gobert today, why would you want someone of that stature leaving the paint?

Also like the Stifle Tower, prime Howard was a fly swatter of the highest order (92nd percentile or higher in block percentage every year from 2006-14). He did not discriminate when it came to rejecting applications for finishes around the rim. In a game in the 2009 Eastern Conference semifinals against Boston, Howard denied not one, not two, not three, but four different Celtics.

His ability to erase any breakdowns acted as a pension plan to his perimeter partners, giving them an increased sense of comfort. As his former comrade Quentin Richardson summarizes on the Knuckleheads Podcast: “(With Howard), I can be as aggressive as I (expletive) want to. This makes my job a lot easier because now, if I get beat, there’s a safety net back there.”

His block rates weren’t at the tippy top percentile because his true defensive superpowers lied in his prevention skills. Because of his shot-blocking splendor and reputation, opposing teams eventually stopped venturing into his hunting grounds entirely.

An important basketball truism to keep in mind: The best rim protectors are the ones that deter players from taking shots in the paint entirely. You don’t have to worry about stopping something if it never begins in the first place.

The data illustrates this fear phenomenon as the Magic finished in the top three in the league in opponent points in the paint every year from 2008-12.

And once Howard was traded to the Los Angeles Lakers in the 2012 offseason, Orlando reverted back to 21st in that statistical category.

Going back to the NBA 75 list, the roster was not devoid of defensively slanted big men. Many other defensive anchors were awarded access into this exclusive club.

Speaking of exclusive, thanks to our era-adjusted defensive rating model (ADR), we can more accurately compare the impact of modern-day defensive anchors (post-1986) to one another to see how Howard fares against the field.

In 2008-09, the Magic, quarterbacked by Howard, led the NBA in ADR with a minus-5.36 rating (remember, the lower the score, the better). Let’s see how that stacks against the best ADR seasons of the other all-time great big man defenders:

As you can see, the season Howard led Orlando surpassed that of any defensive season Hakeem Olajuwon, Anthony Davis or Robert Parish had during their primes.

And while Tim Duncan, David Robinson, Patrick Ewing and Kevin Garnett all led their squads to more prolific seasons, their teams all sacrificed offensive efficiency to field more capable defenders.

Meanwhile, Howard led the best defense in the league while sharing the floor with more offensively inclined players like Lewis, Turkoglu and Jameer Nelson. During that 2008-09 season, Orlando boasted the ninth-best adjusted offensive rating (AOR) in the league.

Out of the four ADR peaks ahead of him, only Garnett’s 2007-08 Celtics cracked the top nine in AOR (also finishing ninth).

Simply put, Howard helped guide one of the most well-balanced teams of the last four decades.

Now, that doesn’t necessarily mean he should usurp one of these other legends that did crack the list, but it does mean that Howard definitely deserves a spot of his own.