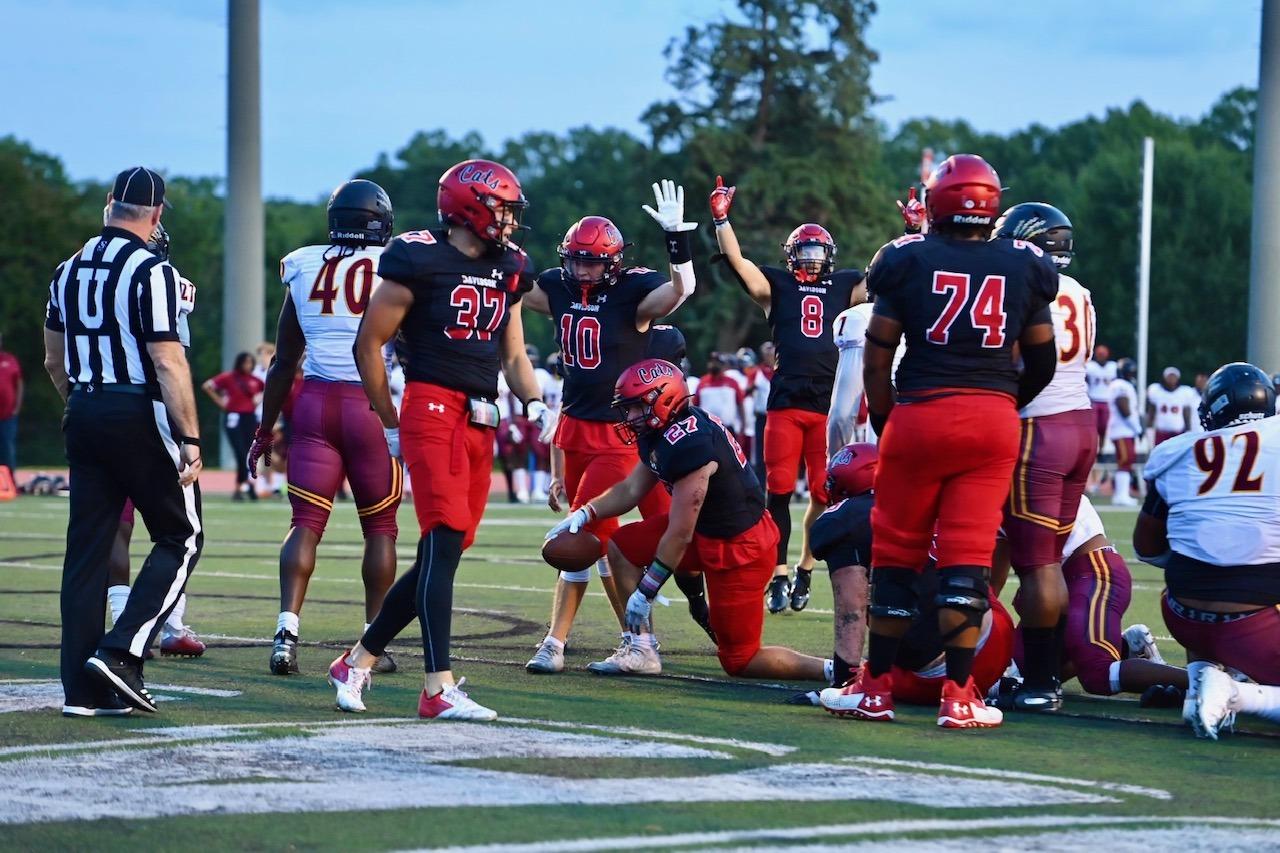 As the Pioneer Football League prepares for its 30th anniversary season this fall, the Davidson Wildcats have their own celebration in mind:

That’s something only Dayton and San Diego have done previously in the Football Championship Subdivision’s only non-scholarship, football-only conference, and coaches around the PFL could envision the distinct possibility on Monday, installing Davidson as the favorite in their preseason poll.

Davidson (8-3, 7-1) was picked first over San Diego (7-4, 7-1), a co-champion as well last fall, although the Wildcats earned the PFL’s automatic bid to the FCS playoffs due to winning the head-to-head matchup. The Wildcats, who joined the league in 2001, secured their first-ever PFL title last spring under head coach Scott Abell.

Davidson led the FCS in rushing yards per game in both championship seasons, and that shouldn’t change much with the return of leading rushers Dylan Sparks, Coy Williams and Aris Hilliard, the latter playing the slot in the team’s option offense. The trio combined for 2,335 yards and 32 touchdowns on the ground last season.

This will be a strong season for defensive linemen in the PFL, and San Diego has two of them in William Buck and Muhindo Kapapa – also one-third of the Toreros’ league-high six selections to the PFL preseason team. Dale Lindsey, who at 79 in Division I’s oldest head coach, has his team on the FCS’ longest active winning streak (seven).

While Davidson (eight) and San Diego (three) combined on all 11 first-place votes in the preseason poll, both teams are replacing their top quarterback. Plus, the PFL was competitive last season, with four teams finishing within two games of the co-champs in the standings.

In the PFL’s 30 seasons, only five other programs besides the current 11 have competed in the league, and two of them departed as the result of discontinuing the sport. Having steady league membership is especially important in a time of heavy conference realignment.

“I think with all the upheaval (in college athletics), I think there’s a place for non-scholarship football in Division I – today maybe more than ever,” PFL commissioner Patty Viverito said. “If we’re going to see some change, it may be in the realm of institutions that may decide that a non-scholarship model is something that makes sense.”