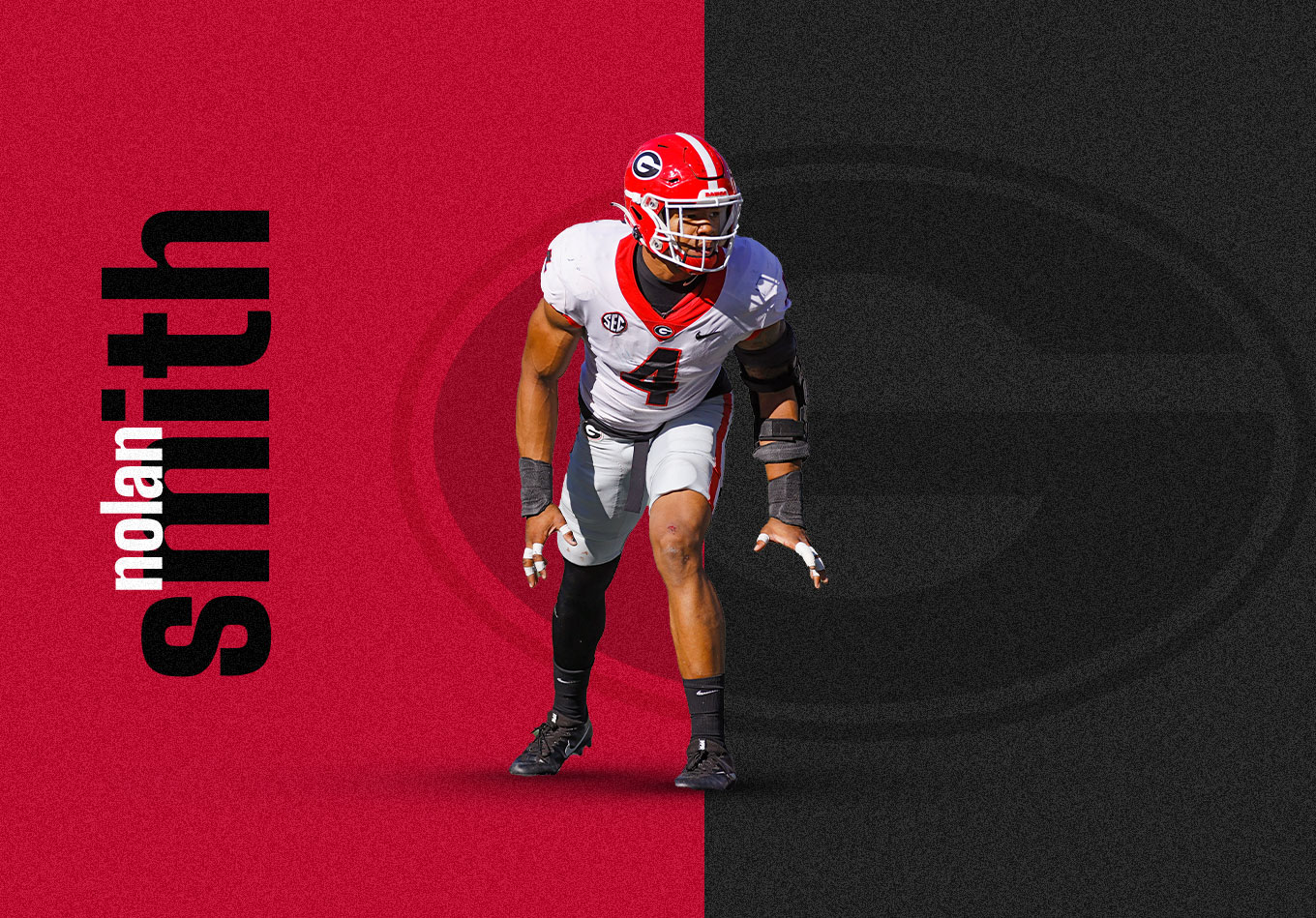 Nolan Smith has waited his turn.

Teammate Azeez Ojulari was selected by the New York Giants in the second round of the 2021 NFL Draft and Travon Walker was picked first overall this past April by the Jacksonville Jaguars. This does not encapsulate the logjam of talent that has been cooking in Athens during Smith’s tenure, but now is finally his turn.

After deciding to return to school and bypass the 2022 NFL Draft, Smith returns to Georgia for his senior season. And he finally gets the opportunity to be the top dog off the edge after waiting in the wings for three seasons.

In a rotational role that turned into a starting job when Adam Anderson departed from the team, Smith had a great deal of success for the Bulldogs up front. He racked up eight tackles for loss, 4.5 sacks and three forced fumbles on the season. He even added an interception, proving to have a knack for getting after the football.

The Bulldogs have graduated an NFL defense just in the last year alone, leaving Smith to lead the way up front with top prospect Jalen Carter.

However, the question remains: Is Smith ready to take that leap and become one of the best players in the country?

It is impossible not to start with Smith’s unbelievable athletic ability when beginning to discuss his game. At 6-foot-3 and 237 pounds, he’s proven to be a handful to opposing offensive linemen when he can get them back on his heels.

Smith possesses a dynamic first step that allows for him to get across the face of the blocker responsible and cause headaches in the backfield. He’s a lethally twitchy mover who shows no difficulty changing directions when asked to stunt or get lateral in pursuit.

He possesses top-end acceleration and has the ability to stop and start on the drop of a dime.

Though he can increase his win rate by converting tight corners at a higher level, Smith is an incredibly flexible athlete who possesses bend and the ability to sink his hips like no ordinary athlete. Smith is a top-tier athlete – explosive, fast and flexible.

Smith also shows a good deal of instincts when asked to drop into coverage. His athletic ability shines on full display as he can be found tracking running backs out of the backfield and down the field on wheel routes.

There are some players who are just born to play the sport – and Smith is one of them. We will have to wait until February 2023 to get firm testing numbers, but Smith has the archetype to blow the doors off of Lucas Oil Stadium.

Unshakable Against the Run

For his size, Smith has a great deal of success holding his own against bigger blockers. Much of this goes back to his ability to sink his hips and win the leverage battle at the point of attack. Smith genuinely takes the motto of “lowest man wins” to heart as he fights for positioning and gap control along the trenches.

In fact, his run disruption rate is identical with Alabama’s Will Anderson Jr. among top pass rushers from the classes both last year and this year. He has a higher disruption rate than even Aidan Hutchinson, Kayvon Thibodeaux, Myles Murphy and Travon Walker.

Not only is it nice to have Smith’s unteachable length, but he also knows how to wield it. He gets into the chest of the man across from him and shows little difficulty locking out blockers from getting into his frame.

Smith does not possess the strongest hands in the world, but he does a good job of maintaining control, allowing him to stack blockers, peek, then shed when the ball carrier closes in on his gap. He has even proven to do it against the top talent in the nation as he has put together great tape against seventh overall pick Evan Neal.

Not only is he physical at the point of attack, but Smith also possesses a high intellect at the position and consistently wins the leverage battle.

He knows where he’s supposed to be on a consistent basis, and remains disciplined to his gap and responsibility rather than chasing after the football.

The natural gifts and willingness to do the dirty work along the trenches on early downs is evident, but Smith has plenty of room to grow as he looks to take his game to another level. As a pass rusher, Smith relies too heavily on his speed and length when getting after the quarterback.

A year ago, Smith racked up just 29 pressures, which is well below the standard set by the top names from last year’s and this year’s crop. For comparison, Thibodeaux nearly doubled that number on just 35 more pass rush attempts. His pressure rate, however, is about middle of the road considering he saw significantly less pass rush attempts than other names he’s lumped with.

With a pressure rate of 17.6%, Smith topped the likes of first rounders Walker and Jermaine Johnson II from this past year, and ranks comparably with Myles Murphy of Clemson and Isaiah Foskey from Notre Dame in the 2023 class.

Without a doubt, his motor does not stop until he hears a whistle. He’s rewarded with late pressures and sacks as a result.

But he’s doing this just on natural gifts.

It’s up to Smith to take his game to the next level and learn how to form a consistent pass rush plan, a better understanding of how to use his hands, and become a stronger force to opposing blockers when his initial move fails and he’s forced to replace hands out of his frame and hit them back with a counter.

Right now, there is comfort in saying Smith will hear his name called within the first 64 picks of the 2023 NFL Draft. However, the sky is the limit for him.

As far as physical tools are concerned, Smith has them and they are among the best in the class. He has the speed, explosiveness, length and flexibility that is completely unteachable.

Smith’s ability to be a consistent run disruptor is already elite despite his 237-pound frame. As a pass rusher, there’s a positive framework to build on, but more refinement with technique and less reliance on his physical gifts will allow for him to solidify himself as a first-round prospect by the time April rolls around.