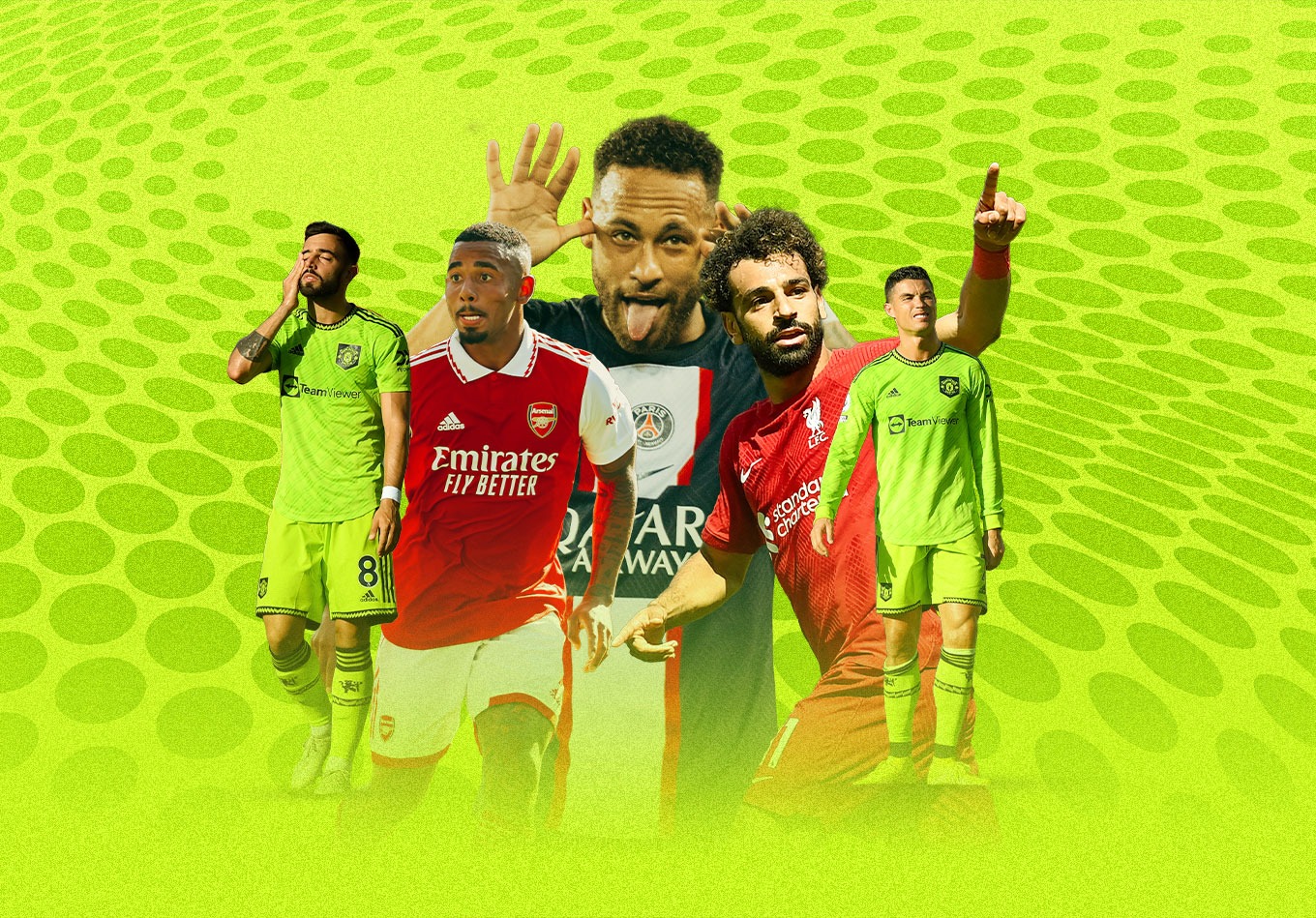 Regardless of sport, it’s said it’s best to let the numbers normalise before you analyse. There’s another way to look at it: Many of these numbers are going to be gone in as little as 90 minutes, so appreciate them while you can. While we wait for the stats to stabilise, there’s nothing wrong with celebrating a few ambitious paces being set at the player and team levels. Which of these are serious starts and which will become September afterthoughts?

Neymar has six goal involvements through two matches – three goals and three assists – which is nearly a third of the way to his league total of 19 from 2021-22.

He only played 22 Ligue 1 matches last season, so it *feels* pretty safe to say he’s going to get beyond that this season. Whether he’s able to lead the top five leagues – or his own team – is another matter. Kylian Mbappé finished 2021-22 with 28 goals and 17 assists last season to lead PSG and the top five leagues. If Neymar were to reach that mark, he’d need to surpass his previous best by nine. He played a career-high 34 league matches in 2015-16 for Barcelona and finished with 36 goal involvements. But the 3,057 minutes he amassed in La Liga that season have been so ludicrously far out of reach at PSG that it seems impossible for him to produce on that level. As stated, he only played 22 league matches last season, but that’s his ceiling at PSG so far along with the 1,861 minutes he logged.

Gabriel Jesus is at a top five European league-leading 2.06 xG through two matches. That’s a beautiful figure for Arsenal to see, not to mention his two goals and two assists through his first two matches in north London. His xG per 90 is 1.11, and that’s more than twice his 0.52 mark from last season with Manchester City. In 2020-21, it was even lower at 0.38 after being over 0.75 xG for each of his first four seasons at City, peaking at 1.01 in 2018-19. That’s right, over the course of a season, he maintained an xG per 90 rate of more than one. Call it The Lewandowski. Barcelona’s new man surpassed 1.0 xG per 90 twice and been spot on 1.0 once more in the past four seasons:

Based on Jesus’ numbers since 2018-19, it seems entirely unsustainable for him to keep at the pace he’s off to, the narrative being he was perhaps once capable of it but has fallen off in recent seasons. It’s just that such a line of thinking feels a bit too simplistic for a 25-year-old finding himself in a position to be much more of a focal point in an attack than he was for City the past few years.

The bigger impediment might be Arsenal’s ability to attack at the levels necessary for a player to sustain such an xG per 90 over the course of a season. Not to oversimplify, but amassing xG in this context can probably be boiled down to quality of chances and volume, and everyone on the above list played for an exceptionally high-volume team creating plenty of good chances. That 2018-19 City team averaged 2.24 xG per match. Arsenal – well Arsenal don’t really do that kind of thing in the xG era. They were at 1.82 last season and haven’t been over that since 2015/16. Even so, this is a good sign for Gabriel Jesus in the volume column:

Neymar has created 10 chances through two matches, but that’s not the top figure across the top five European leagues. That’d be Leeds United’s Jack Harrison with 11. But only seven of Neymar’s have come from open play while only six of Harrison’s have. The leader across the top five leagues in open-play chances created is Mohamed Salah with nine, a number prior to the start of the season that he’d managed in a two-match league span once in his career. His eight chances created Monday against Crystal Palace went two past his previous single-match best.

So the (super nerdy football data) question at hand is can Salah lead the Premier League or top five leagues in open-play chances created? Last season’s leader was Thomas Müller with 82. Müller’s 88 led in 2020-21. Salah was joint eighth last season with 62 and has never had more than 69 in a league season. With Liverpool, he topped out at 63 in 2018-19, and that makes it feel like a bold question to ask. But the Anfield attack has morphed this campaign with Sadio Mané’s exit and the inclusion of Luis Díaz and Darwin Núñez over the past eight months. How might that impact Salah? He’s a player who doesn’t miss many matches and his body may not be as overtaxed as some others with the World Cup, so perhaps this is a name atop a category that might have some staying power. Then again, Kevin De Bruyne created 104 in 2019-20 so, in the spirit of this article, we’ve gotten ahead of ourselves.

In 2021-22, José Sá prevented 8.7 non-penalty goals for Wolverhampton Wanderers to lead the top five European leagues. It’s the lowest mark we have on record for a keeper leading those leagues over the course of a season. Four goalkeepers prevented more than five goals in 2021-22, and on the periphery of that was Monaco’s Alexander Nübel with 4.8 goals prevented on 33.8 expected goals on target. In two matches to start 2022-23, Nübel is more than halfway to that level and leads all keepers in goals prevented. Monaco have conceded 4.6 xGOT and their keeper has prevented 2.6 of those for a 7.4 goals prevented mark since the start of last season.

In addition to last season, no keeper reached the 10 goals prevented mark in 2020-21 or 2019-20, but Nübel is the way-too-early pacesetter to be the first to get there since Jan Oblak prevented a season-changing 15.3 for Atlético Madrid in 2018-19.

On loan from Bayern Munich, the German is in the mix as the Manuel Neuer solution and a consideration for the German national team. If he keeps this up, it may be that he forces club and country to hasten the process.

2021-22 in Paris was supposed to be an update to the MSN show with MNM – a rebranding, a reshuffling of acronyms after a massive merger. They finished with 90 goals, eight clear of Rennes for the Ligue 1 lead, but just four more than they’d scored the season before Messi’s arrival. Far from Earth-shattering and hardly groundbreaking. This season, 10 by way of two five-goal performances makes one wonder what their ceiling is for 2022-23, regardless of the alleged internal complications going on with the players most responsible for putting the ball in the net.

Let’s take this one in steps:

Through two matches, Manchester City have had 71.2% of the ball. It’s a big number, but they still need some improvement to establish a new club high. That came in 2017-18 – Pep Guardiola’s second season at the club – when City managed 71.9% possession. Where they are ahead of pace is in passing accuracy. Their (unsustainable video game) mark of 93.1% through two matches would surpass their previous best of 89.7 from last season, and their 86.1% accuracy ending in the final third is also above last season’s 82.6.

As for other clubs in each of these categories to most recently surpass City, Barcelona had 72.8% possession in the 2010-11 La Liga campaign. PSG were the last side to connect more than 90% of their passes in a domestic season with 90.6 last season. Barcelona’s 2020-21 side were accurate on 83.3% into the final third.

Their main marksman is gone, and it seems the rest of the squad had some pent-up desire to unload. Bayern have attempted 47 shots in two games for the most among the top five European leagues.

If it weren’t for a respectable 0.13 xG per shot, this would be very faux pas in the age of expected goals when firing well over the bar from 30+ out is a waste of everyone’s time. But back when the concept of xG was little more than an embryonic thought football people may have sensed without properly expounding, Chelsea were the kings of sheer volume:

Bayern took 673 in 34 matches last season, the highest total we have on record in a league season for the club, for an average of 19.8 per match. On a per-match level, that pushes the 2010-11 Chelsea team out of the top five. Bayern’s 23.5 per match so far this season puts them on pace for 799 over 34 matches. If this lasts beyond two matches and that xG per shot dips, what’s old has become new again and someone’s going to have to explain why Bavarians have suddenly been inspired by John Obi Mikel’s 33 goalless shots of 2008-09:

Michael Ballack and his single goal from 56 shots in the same season might have something to do with it.

We could talk about winless runs to open a season or the worst starts for Manchester United managers, but that’s been done. Let’s get a bit more obscure. The Red Devils are the only club in the top five European leagues with two errors leading to goals, and while that seems underwhelming and perhaps a little unfair because plenty of teams haven’t played more than a match, the pace of 38 errors leading to goals for the season has the kind of appeal that will make non-United supporters understand why wrecks cause gawker traffic. It of course can’t happen, but we’ve also got infamous club and Premier League records to consider.

United are in two matches a quarter of the way to their eight errors leading to goals from 2018-19, their highest single-season mark we have on record. That team finished sixth after one of the worst starts in club’s Premier League history and led to the sacking of José Mourinho. This makes a lot of sense. As for the most by a Premier League team in a season, they’ve still got 19 to go to match Tottenham’s 21 from 2013-14. That Spurs team finished sixth with a +4 goal difference, five points ahead of a Manchester United side with a +21 GD. This, like so many numbers this early in the season, is harder to compute. 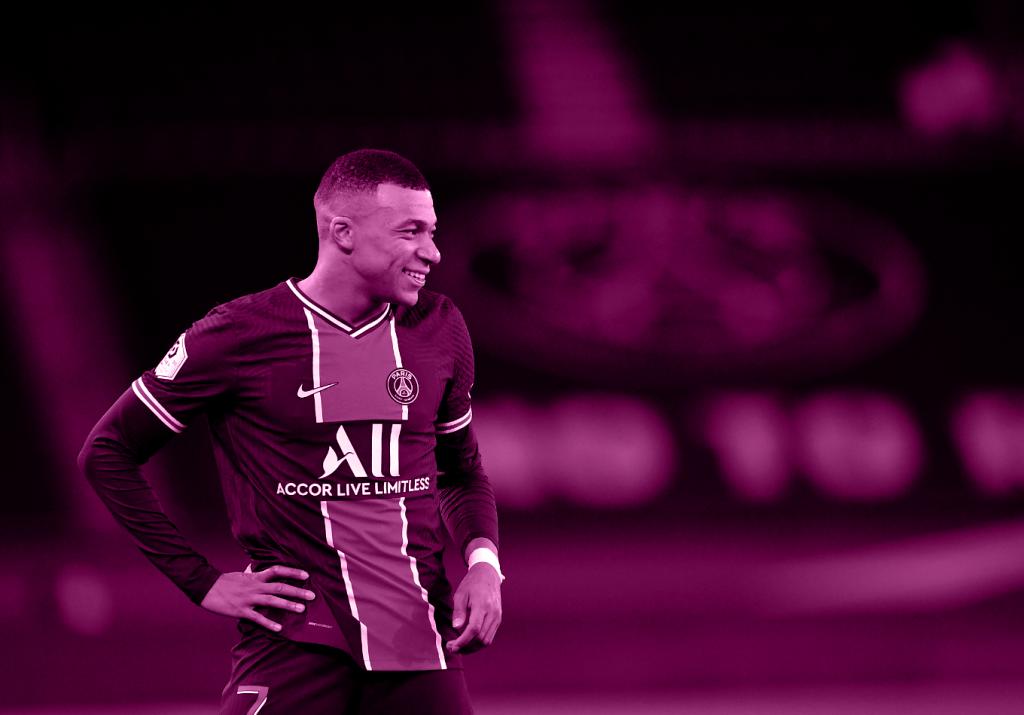