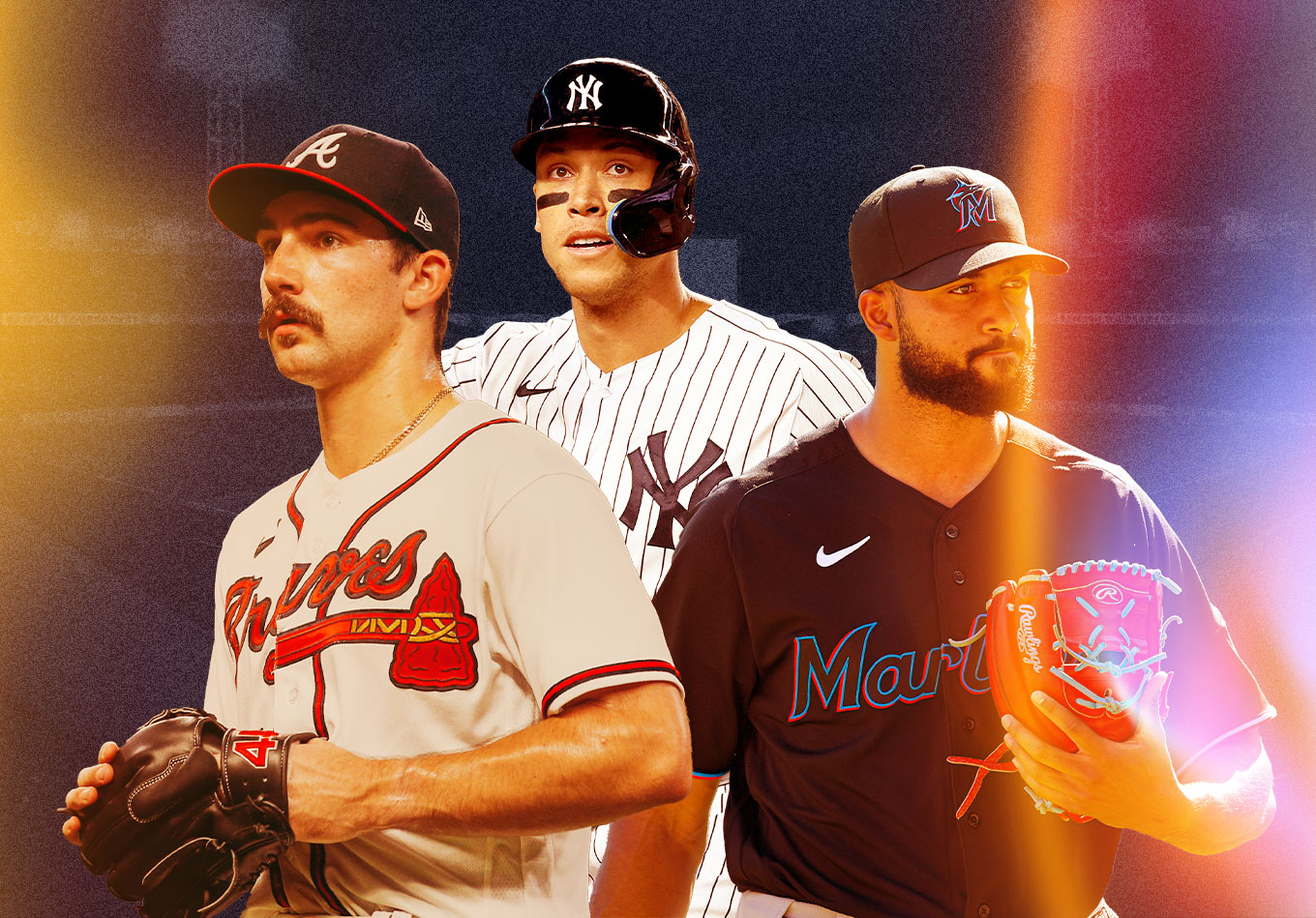 MLB Awards: The MVPs, Cy Youngs, Top Rookies and Best Relievers of the First Half

What if we told you that a couple of non-household names from the Miami Marlins and Tampa Bay Rays should be the Cy Young winners of the first half?

Or if we said someone who didn’t make his first major league start until May 30 has done enough to take the lead in the National League Rookie of the Year race?

The All-Star break marks the unofficial end of the season’s first half, even though every team has played more than half their games at this point. And naming the players who would have won the season awards if it ended at the break has become a common practice.

But in many instances, these are glorified popularity contests or chosen with a bias towards East Coast teams or those who are on winning clubs. It’s Mr. Baseball Writer’s opinion. And while we love Mr. Baseball Writer, we also know that data is unbiased.

It only cares about measuring how productive a player has been either in the batter’s box or on the mound. So here we do something a little different and let the data decide the award winners using accumulative raw value (RV), which is a season total of our metric that measures plate discipline, the ability to make contact and the damage done after bat meets ball.

For our relievers of the first half, we looked at the combination of total RV- (pitching raw value) and whiff+ (measures a pitcher’s ability to generate swings and misses).

It’s possible some players (like our AL Rookie of the First Half) have been awarded despite falling short of the 3.1 plate appearances or 1.0 inning pitched per team game to qualify for our MLB leaderboard. But because we’re using accumulative raw value, we’re OK with that.

Those who have been following these metrics over the last couple of years aren’t surprised to see Soto on top in the NL. Why? He’s just that good of a hitter in each of the three categories that make up raw value. This season, he’s performing above the league average (100) in discipline+ (132), contact+ (101) and BIP+ (131), leaving him with an accumulated raw value of 31.0 – ahead of first baseman Freddie Freeman (28.4). It’s possible that only Washington’s poor record will keep him from taking the MVP award away from 2021 winner Bryce Harper.

OK, here’s the deal in the American League. Yordan Álvarez had led the majors in RV+, which is the rate version of the raw value metric that shows a player’s abilities compared to the MLB average, until Judge passed him over the weekend by a 192-191. Judge, who has had 71 more plate appearances, has accumulated a lot more total raw value (42.4-34.4) over the course of the first half and leads the majors with 33 homers. In case you’re wondering, Rafael Devers of the Boston Red Sox is third (31.2) in the AL and Mike Trout of the Los Angeles Angels is fourth (27.4).

Alcántara has quietly become one of the best pitchers in baseball, going 7-2 with a 1.31 ERA over his last 13 starts. The right-hander, who is in his fourth full season in the majors, also leads the MLB rankings with a minus-25.7 accumulated raw value (lower is better for pitchers). He’s also displayed above-average command with a 107 command+.

Much like Alcántara, McClanahan has arrived as the star of the Tampa rotation in 2022. And he began his dominant run right around the same time, going 8-1 with a 1.15 ERA with 100 strikeouts in 78.1 innings over his last 12 starts. For his efforts, McClanahan leads the AL in accumulated raw value (21.2) and tops the majors in expected strikeout percentage (32.5) and strike+ (123). Strike+ measures a pitcher’s ability to generate both whiffs and called strikes – among qualified pitchers.

NL Rookie of the First Half: Spencer Strider, Atlanta Braves

Strider didn’t make his first big-league start until May 30, but he’s already racked up quite a bit accumulated raw value by posting a 2.36 ERA while 42 strikeouts over 26.2 innings over his last five outings for the defending World Series champions. The right-hander leads the majors among those who have faced at least 200 batters with a 158 whiff+ and all rookie hurlers with minus-17.9 accumulated raw value.

AL Rookie of the First Half: Julio Rodriguez, Seattle Mariners

Rodriguez has hit .273 with 16 home runs, 52 RBIs and 21 stolen bases while playing a major role in the Mariners’ late first-half surge back into the playoff hunt. The 21-year-old outfielder entered the break with rookie-best marks in accumulated raw value (7.3) and BIP+ (145).

Diaz has certainly had his ups and downs throughout his career, but he’s found his groove with a 1.69 ERA while saving 20 of his 23 opportunities for the NL East leaders. The 30-year-old right-hander leads the majors in whiff+ (178) and expected strikeout percentage (39.6) among those who have faced at least 75 batters this season.

Holmes has totaled more accumulated raw value than any other reliever in the majors with minus-15.2. He also ranks seventh in the AL with a 152 whiff+ and has converted 16 of 18 saves across 41.1 innings for the MLB-best Yankees. His 1.31 ERA is second in the majors among those who have worked at least 40 innings in the first half.