Welcome to the J-Rod Show: How Julio Rodriguez Is Coming of Age for the Surging Mariners | The Analyst 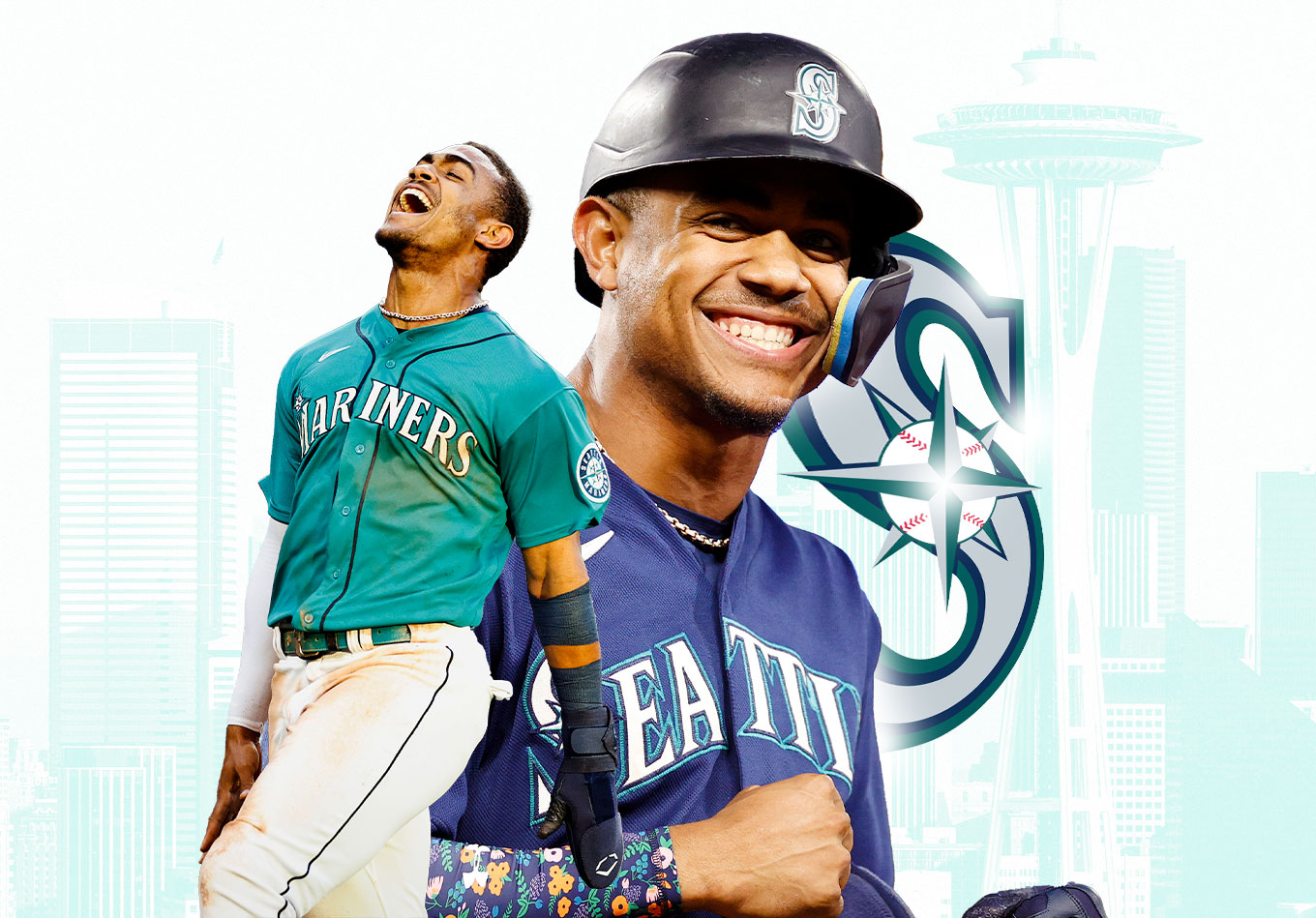 Welcome to the J-Rod Show: How Julio Rodriguez Is Coming of Age for the Surging Mariners

After hitting 81 home runs in one night (ok, it was a home run derby, but still!), Seattle Mariners slugger Julio Rodriguez properly introduced himself to those who weren’t familiar with him.

“Hey, I’m J-Rod, and I’m going to rule Major League Baseball for at least the next 15 years,” is what we think his opening line was in this hypothetical, completely made-up conversation during the All-Star Game festivities.

Rodriguez, 21, was a consensus top-10 prospect to open the season before being recalled by the Mariners in early April. He was our AL rookie of the first half and is now the leading candidate to win the American League Rookie of the Year Award, hitting .275/.337/.477 with 16 home runs, 21 stolen bases and a .814 OPS.

The Dominican outfielder has a legitimate shot at becoming only the second rookie in league history to post a 30-30 season, joining Mike Trout of the Los Angeles Angels (2012).

It wasn’t hard to forecast this kind of success for J-Rod. He always performed admirably while being significantly younger than his peers in the minors. He oozes potential. His tools are tantalizing, and he has the right mindset. He’s mature beyond his years, yet you can tell he really, really enjoys the game.

But if Rodriguez has shown one thing in the minors and now in MLB, it’s the ability to make adjustments – and that’s something great hitters do. Additionally, the Mariners stuck with him after leapfrogging him past Triple-A because they knew he had the potential to turn things around and become a top hitter for years to come.

Rodriguez has been particularly hot since June 17. In his last 28 games, he’s slashing an impressive .309/364/.609 with eight homers, seven doubles, a triple and 24 RBIs. His .973 OPS ranks ninth in the majors over that span. He was the AL’s rookie of the month in June and it’s no accident that this surge has overlapped the Mariners’ run of 22 victories over their last 25 games.

By raw value+ (RV+), Rodriguez has also been comfortably above the league average. Whereas most offensive stats and metrics examine only the outcome of an at-bat, RV+ evaluates performance against every pitch: two batters may hit a home run, but they won’t be valued the same if one had two ugly whiffs before connecting a middle-middle, 90 mph fastball, and the other had a tough at-bat against an ace and worked a full count before unleashing on a 97-mph heater in the outside corner.

In RV+, 100 is considered average. Rodriguez has a very solid 116 RV+ entering the weekend, and that number is definitely on the rise – it was at 92 on June 16. In a span of a month, he has been so hot that he’s completely turned around his season and went from a below-average hitter to a comfortably above-average one.

Of the pitches he sees the most, Rodriguez really seems to have made an adjustment against two-seam fastballs and sliders from right-handers. He had a 52 RV+ and a 96 BIP+, which measures how much damage a hitter does upon making contact, versus two-seamers and a 71 RV+ with a 65 BIP+ against sliders after play on June 16.

He now owns a 132 RV+ and a 163 BIP+ against two-seamers and a 77 RV+ with an 88 BIP+ versus sliders. Here is a video of Rodriguez failing miserably on a slider down in the zone in April, back when he was struggling:

And here is Rodriguez in July, showing more coverage on the slider down and away. He’s able to do a nice piece of hitting to earn a single.

Rodriguez’s current walk rate is a rather low 6.8%, but it was 14.1% in 206 Double-A plate appearances last year. The bases on balls will eventually come, and even if they stay right where they are, J-Rod can still be an elite hitter with power. He’s shown that while raising his BIP+ from 114 to 145 since June 16.

Amazingly, Rodriguez still has room to improve. If we examine the Mariners’ budding star using the three phases of hitting (plate discipline, contact and quality of contact), we find a young player with some extra potential.

To assess those stages of hitting, we use discipline+, contact+, and BIP+. The first one tries to determine how good a hitter is at discerning balls from strikes judging by pitch type, velocity, location and other factors. The second one considers all those variables and more to come up with a number that says how good a batter is at making contact, and we’ve mentioned that the third one evaluates how much damage the batter does upon making contact.

All three use 100 as an average value. Rodriguez is a bit below average in discipline+ (94), and contact+ (96), and that’s why we say he has room to improve. He showed some excellent plate discipline numbers as a minor league player and makes a lot of contact. As his performance at the home run derby can attest, the center fielder has the power and is well above average in BIP+ (145).

All things considered, Rodriguez has everything to be a superstar for at least a decade – and perhaps even longer. His swing is smooth, compact and balanced, with the potential to hit for a high average and lots of home runs. As long as he can keep sharpening his plate discipline and maintaining his current level of performance, he has a great chance of winning the AL Rookie of the Year and help push his Mariners into October for the first time since 2001 in the second half.

Not too shabby for a 21-year-old kid.