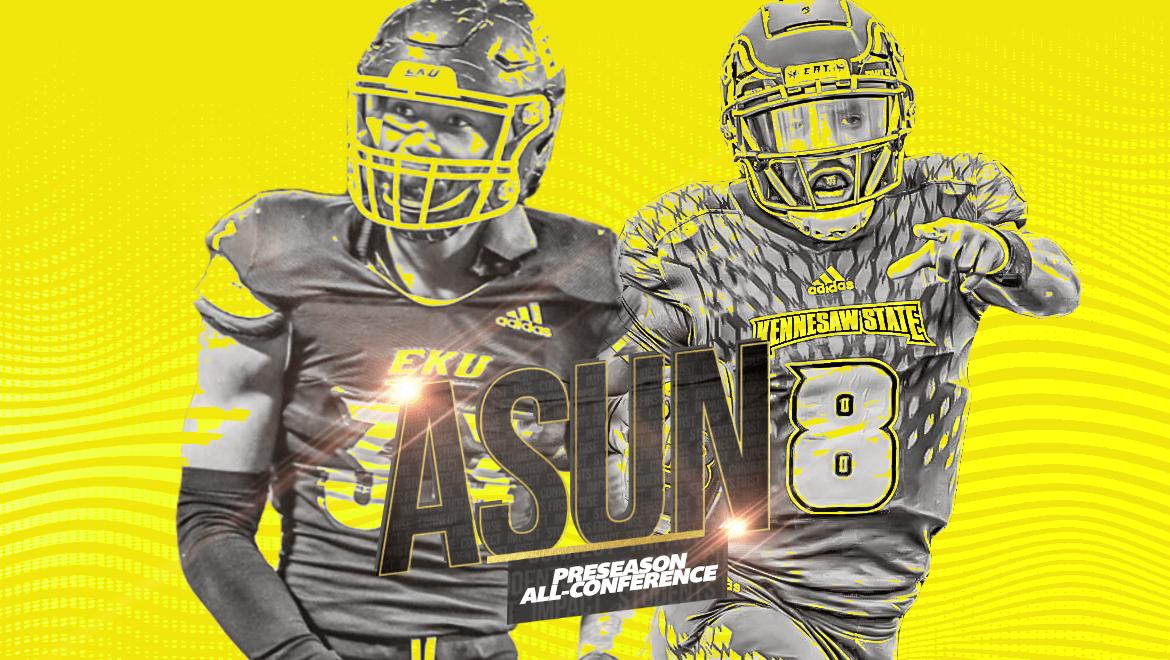 Inaugural ASUN Season is a Challenge in Itself

When the ASUN configured its conference schedule for an inaugural 2022 season, it forgot to work in the cupcakes.

Then again, rugged competition is the ingredient that makes the schedule taste so good.

It wasn’t surprising at ASUN media day Friday in Atlanta when one coach after another pointed to the challenging schedule that awaits his team.

Kennesaw State, which finished 11-2 and won the Big South championship last season, was installed as the favorite in the ASUN’s preseason poll, an accolade that could become a burden once the Owls line up across motivated opponents.

There’s such balance among the six programs that North Alabama, which was picked last in the poll, had the most selections on the ASUN preseason team – seven of the 29 players overall. Kennesaw State quarterback Xavier Shepherd and Eastern Kentucky linebacker Matthew Jackson were tabbed preseason offensive and defensive player of the year, respectively.

“I think we’re all excited about the inaugural ASUN season,” said Central Arkansas coach Nathan Brown, whose team shared second in the poll with Eastern Kentucky. “I mean it’s an opportunity to etch your name in the record books. The last time I checked, most people know the first teams and the first groups that are a part of something.”

The ASUN began to sponsor football last year, but with Kennesaw State and North Alabama playing one final season in the Big South and Austin Peay still in the Ohio Valley Conference, it formed an FCS partnership with the Western Athletic Conference. While the partnership – called the ASUN-WAC Challenge – was extended for this season, with one automatic bid to the FCS playoffs coming out of it again, the ASUN considers this to be its inaugural season.

It boasts a mix of established programs. Between Kennesaw State, Central Arkansas, Eastern Kentucky, Austin Peay and Jacksonville State, which will depart the ASUN next year for Conference USA and the FBS, at least one of the five schools has appeared in the playoffs for 12 consecutive seasons since 2010. North Alabama is FCS playoff-eligible for the first time this season, having finished a four-year transitional period from Division II. The Lions program knows the postseason well as a three-time D-II national champion (1993-95) and a five-time finalist, most recently in 2016.

While UNA has prepped well with tough schedules on the FCS level, coach Chris Willis points out, “It’s hard to look even outside the conference because of what you got inside.”

ASUN teams will do that, however, over the opening stretch of games that precede the conference schedule, which opens with Eastern Kentucky at Austin Peay on Sept. 24.

Then it will really be time to strap on the seat belt.

Said Kennesaw State coach Brian Bohannon: “We’re awful excited about this opportunity we have to play in an incredibly challenging league.”