Fits Like a Glove: How the Trail Blazers Can Maximize the Addition of Gary Payton II | The Analyst 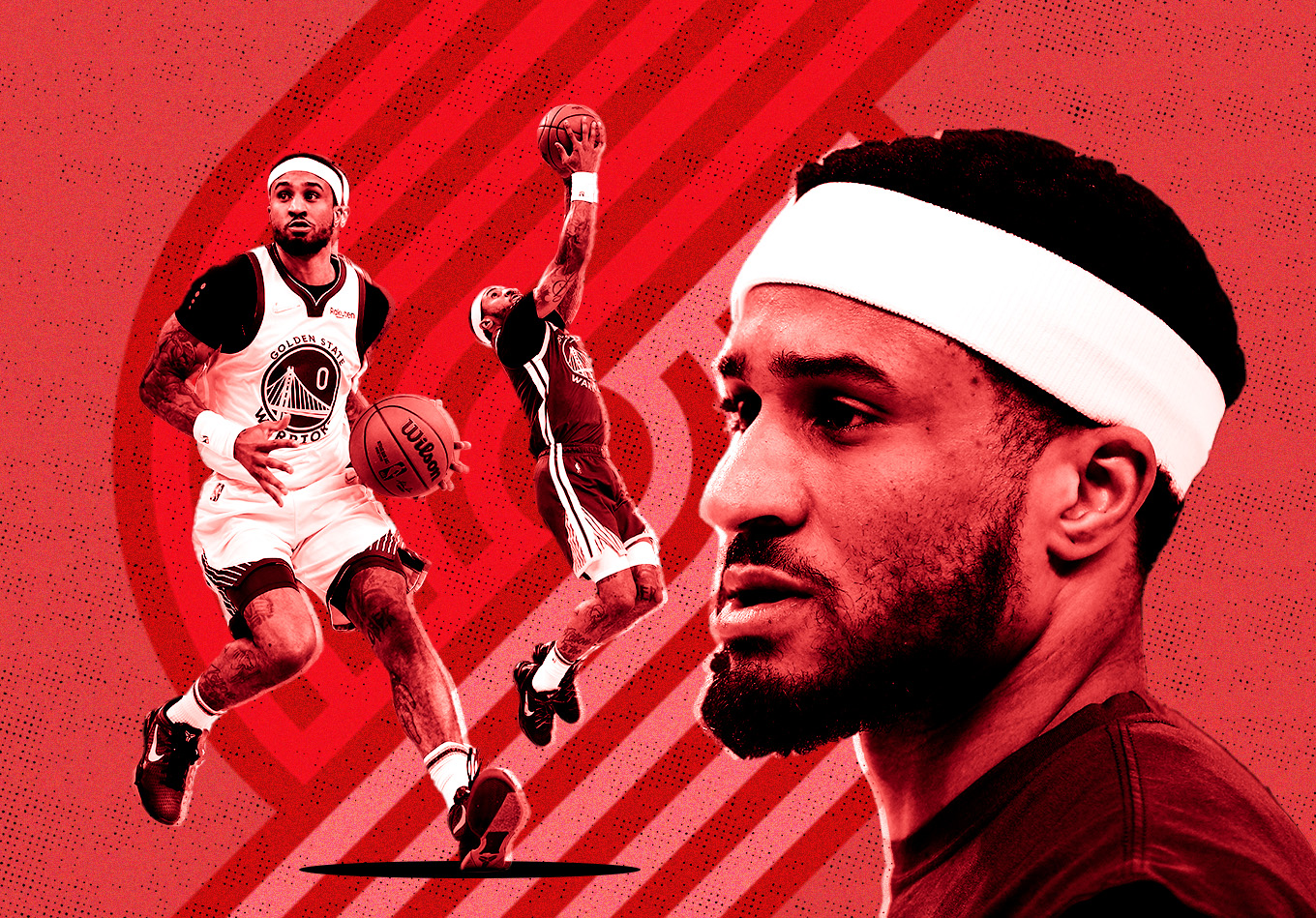 Fits Like a Glove: How the Trail Blazers Can Maximize the Addition of Gary Payton II

During the waning hours on Day 1 of the NBA free agency period, guard Gary Payton II agreed to a three-year, $26.1 million deal with the Portland Trail Blazers.

After a breakout 2021-22 NBA season for the Golden State Warriors that finally saw Payton establish some level of stability in the league, the 29-year-old free agent parlayed his standout campaign into a lucrative payday.

With the Warriors, Payton asserted himself as one of the NBA’s premier perimeter defenders in a versatile manner, while functioning aptly in a scarce, off-ball scoring role. Despite serving as a 6-foot-3 reserve touting a limited jumper – an archetype that often struggles in the playoffs – he managed to maintain an integral role throughout the team’s run to the NBA Finals against the Boston Celtics (when healthy).

The Blazers’ point-of-attack defense was wretched last season and factored in substantially to their 29th-place finish in defensive rating – the third straight year they’ve ranked 27th or worse. Payton, who averaged 1.4 steals during the regular season, will immediately be one of the best stoppers Damian Lillard has ever played with during his 10 seasons in Portland. He also presents a stark stylistic contract to offensive-minded guards Lillard and Anfernee Simons.

If Lillard returns to his pre-injury, All-NBA self, he’s generally proven adept enough to spearhead an excellent offense (the team’s collective offensive talent around him is also pretty dang good). But any chance of the Blazers’ shedding their first-round fodder label next season demands exiting the cellar defensively.

Payton’s arrival alone will not eradicate Portland’s defensive foibles. He can, however, be a vital cog, given all the ways he contributed to Golden State’s lockdown unit in 2021-22. To amplify Payton’s defense and maximize his opportunity for minutes, the Blazers’ coaching staff and offensive scheme must embrace creativity.

What separates Payton from a lot of defensive-minded guards whose offense can be precarious is his absolutely dynamite interior scoring. He shot 76.9% at the rim last season, brandishing a caliber of vertical pop, flexibility and strength that enables him to approximate the finishing production of someone half a foot or more taller.

The key then is not to imagine Payton like a perimeter player offensively, but to treat him like a big who you’re periodically comfortable letting hoist corner 3s (40.0% from the corners last year). His offense functions inside-out, not outside-in. Recognizing that is how his offense reaches a tenable level is imperative to ensuring his All-Defensive Team-caliber defense is on the floor as frequently as possible.

Golden State’s motion-heavy offense, along with its plethora of heady ball movers and Stephen Curry/Jordan Poole’s pull-up gravity, provided the ideal platform for Payton. Portland’s approach, largely pick-and-roll-based with Lillard at the forefront, is different. But this team should be able to offer quite a few similarities to Payton’s former employer that keep him thriving as an excellent role player.

Much like Steph, Lillard is one of the most devastating pull-up marksman and routinely elicits double teams off of ball screens, which could unlock short-roll chances for Payton (where he’s excellent as a finisher and connective playmaker). Broadly akin to Poole, the athletic Simons is a young guard sporting a nifty off-the-bounce game to supplant Lillard when the superstar rests and can link with Payton in guard-guard screening actions.

Josh Hart’s a brawny slashing wing who powers downhill into the teeth of the defense.

His growth as a driver paved the path for his resolute passing chops to prosper last season. It’s easy to envision him playing off an advantage crafted by Lillard, attacking a seam of the defense and racking up assists to Payton on cuts to the rim.

Jusuf Nurkic’s passing is tumultuous at times, but he’s clearly talented as a facilitator and could further benefit Payton’s off-ball exploration.

Needless to say, he’s primed to enter an environment where the potential to translate much of his 2021-22 offensive exploits exists. The onus will be on the coaching staff and his new teammates to know what his skills are and how they can best promote them. At the moment, Portland’s depth isn’t a strong suit, so extrapolating as many minutes as available from someone like Payton, who is good and meets apparent needs, is vital for this team’s ceiling.

It should be interesting to see how exactly the Blazers go about deploying Payton defensively. Thanks to his strength, pickpocketing hands and slithery screen navigation, the obvious route is to lean heavily on him at the point of attack, especially since Portland is severely lacking there. Yet Payton’s allure is derived in part from his multifaceted nature.

I like the idea of being flexible in his usage, contingent on the nightly opponent and opposing lineups during his minutes. Payton can wreak havoc defending the nail, denying stars touches altogether or chasing around off-ball scorers through a series of screens. Most often, I’d wager Payton will be best utilized at the point of attack. It’s important to not be rigid with him because flexibility is at the heart of his illustrious defense.

The Blazers’ defensive infrastructure is vastly worse than a Warriors defense led by Draymond Green, meaning Payton’s assimilation could be bumpier on that end than on offense. As a result of its defensive riches, Golden State had the luxury of constantly featuring Payton’s malleability – Portland might not.

Regardless, the acquisition of Payton should breed excitement for the Blazers and their fans. He’s a tremendous role player, one whose game fits snugly around Portland’s other rotation players. The key to delivering on that excitement will be properly discerning why he flourished last season.

How seamless that ends up being with an anomalous player like Payton could be tricky. If or when it manifests, some creativity and open mindedness will surely be involved.