The Biggest Serie A Wins | The Analyst 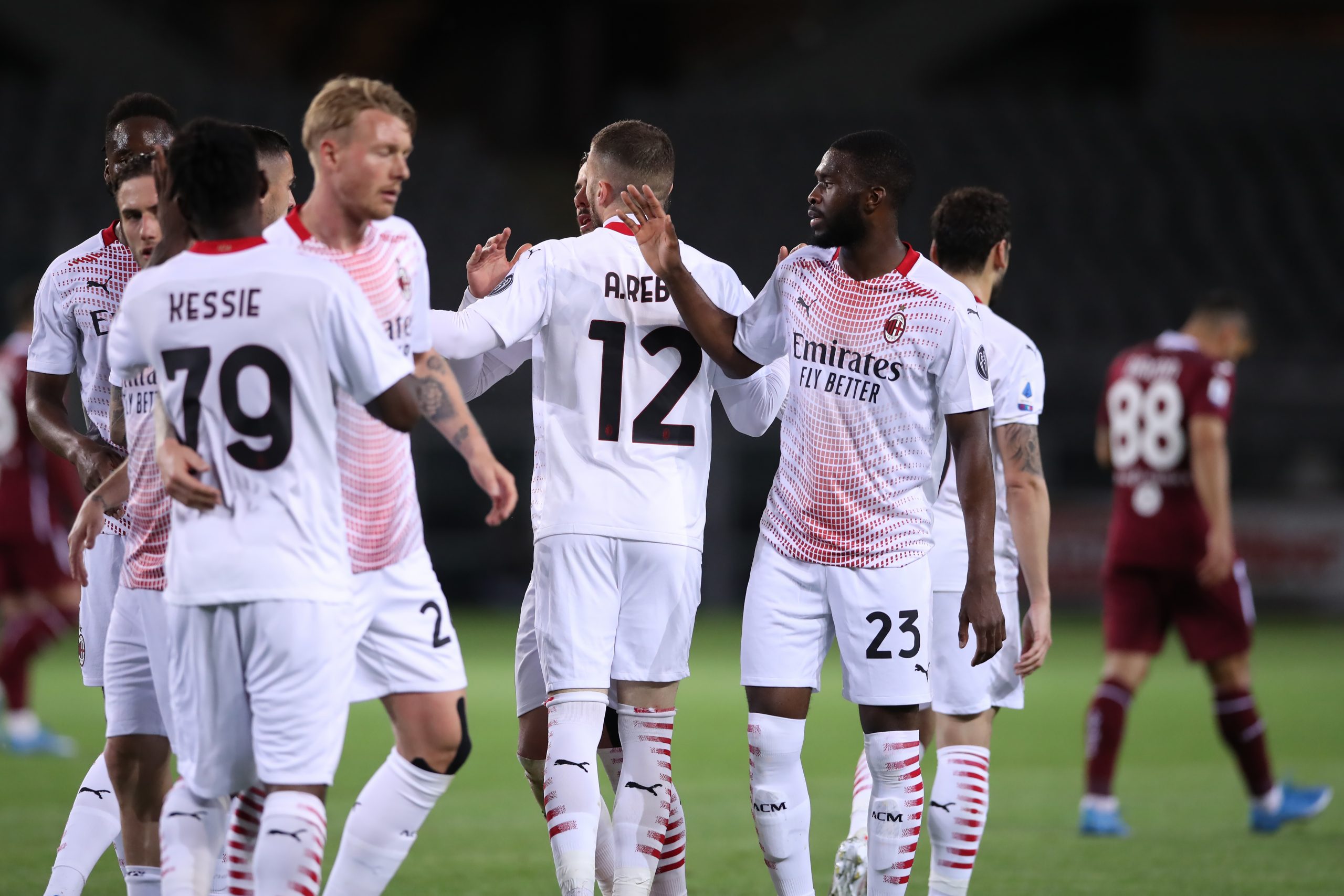 The Biggest Serie A Wins

What are the biggest wins in Serie A in the modern era? We look at the largest margins of victory in the Italian top-flight and go into more detail on the biggest wins since the three points for a win rule came into force in 1994-95.

The Biggest Serie A Wins

The biggest win in Serie A history remains Torino’s 10-0 destruction of Alessandria in May 1948. This was the era of the Grande Torino – the five-time champions of Italy (in successive seasons) and the backbone of the Italian national team.

This legendary team scored 125 goals in Serie A 1947-48 – 49 more than any other team, while they won the league title by a massive 16 points despite playing in the two points for a win era. The 10-0 victory against Alessandria saw Ezio Loik score a hat-trick.

Nearly a year on from this victory (4 May 1949), the entire team lost their lives in the Superga air disaster. It was a tragic end to what was arguably the greatest side in the history of Italian football.

*three points for a win era

By the time the three points for a win rule was enforced in Serie A in 1994-95 there had been 49 matches that saw a team win by at least a seven-goal margin. In the 28 seasons since, we’ve seen just eight victories of seven goals or more in the competition, with Sassuolo suffering three of those.

Here, we look in more detail at these eight matches.

Roma enjoyed their biggest top-flight league win in over 47 years when they defeated Catania 7-0 at Stadio Olimpico in November 2006. The last time Roma won a match with such dominance was in March 1959 when they defeated Napoli 8-0 at home, although this victory still falls short of their record Serie A win: 9-0 versus Cremonese in October 1929.

Matchday 12 of the 2006-07 Serie A season took newly promoted Catania to the Stadio Olimpico to face Roma. The home side were coming off the back of three successive league wins, including a brilliant win over Milan at San Siro thanks to a Francesco Totti brace, while Catania had beaten Livorno the week previous.

After Christian Panucci’s opening goal, Catania made their own lives difficult with a Giuseppe Mascara red card – one of three that season for him. The numerical superiority made a difference for Roma, as they raced into a 4-0 half-time lead thanks to further goals from Mancini and a Simone Perrotta double. It was the first time that Roma had scored four goals in the first half of a league game since a 1999 derby win over rivals Lazio.

Panucci added another goal in the second half to score his first, and only, Serie A brace. Vincenzo Montella and the legendary Totti added a sixth and seventh Roma goal on the day to seal the rout of Catania. The 2006-07 campaign was to prove special for Totti, as he topped the Serie A goalscorer charts with 26 goals and added a further nine assists. His 35 goal involvements that season were nine more than any other player in Serie A, with Adrian Mutu’s 26 second in the standings.

Udinese’s 7-0 win at Palermo in February 2011 broke a club record for their biggest Serie A away victory, while equalling their best-ever win in the competition – 7-0 at home to Napoli in May 1958.

Udinese came into the game unbeaten in nine matches (W6 D4) – a run that eventually stretched to 13 games and was their best run in Serie A since 1955. This 7-0 victory formed part of a run of seven successive clean sheets for the Friuliani, another club record.

In stark contrast to Udinese, this match formed part of a five-game run of defeats for Palermo between 13 February and 13 March 2011 – their worst streak in 38 years.

The seven Udinese goals in this match came via just two players: Antonio Di Natale (three) and Alexis Sánchez (four). This is one of only 12 Serie A games in history that two players have scored a hat-trick for a single team and the first since 1962 (subsequently, this happened twice again in 2017).

Di Natale’s hat-trick helped him reach a seasonal tally of 28 in Serie A – his second-best season behind the 29 he scored in 2009-10, while Sánchez’s four goals were a third of his total in 2010-11 (12). This remains the only occasion in his career that he’s scored four times in a single league game in the top five European leagues.

The partnership between Di Natale and Sánchez proved fruitful in 2010-11, with only two pairs of players scoring more goals combined than the Udinese pairing (40) – Lionel Messi and David Villa at Barcelona (49) and Cristiano Ronaldo and Karim Benzema (55) at Real Madrid. They assisted one another for eight of these Serie A goals, the best tally in the 2010-11 campaign.

Internazionale have scored 34 goals in 18 matches against Sassuolo in Serie A and 14 of them came in these two games less than a year apart (41%). These were two of the first three meetings between the clubs in the competition and both of them saw Walter Mazzarri in charge of Inter.

The first 7-0 win came at the Mapei Stadium in September 2013, with five different Inter players scoring on the day and being helped out by an own goal from Raffaele Pucino. Rodrigo Palacio, Saphir Taider, Ricardo Alvarez, Esteban Cambiasso and Diego Milito (two goals) were the scorers for the away side. These two goals were the last by Milito in Serie A after five seasons and 62 goals with Internazionale, with him failing to score in any of his other 16 league appearances that season.

Eight days short of the year anniversary of this defeat, Internazionale did it again – this time winning 7-0 against Sassuolo in front of their own fans. The main protagonist on this occasion was striker Mauro Icardi, scoring his first ever Serie A hat-trick with seven shots. Inter were aided by Domenico Berardi’s red card for Sassuolo – one of his six dismissals in the competition since 2013-14.

Spare a thought for Andrea Consigli, who was Sassuolo’s goalkeeper on the day at San Siro – since his debut in 2008-09, he’s conceded five or more goals in nine Serie A matches, more than any other goalkeeper in that period.

Since November 2014, the key for unlocking the seven-goal victory has been to play the match in Turin. All four of Serie A’s biggest wins across this period have come in the city, with two at Juventus and the other two against Torino at their home ground.

Juventus came into this game as big favourites, having won their previous 23 home league matches in a row and conceding none in the last seven of those. Parma may have won their last Serie A game against Inter (2-0), but they’d previously lost six in succession – three of those coming in their previous three away trips.

This 7-0 represents Parma’s heaviest defeat in Serie A history, while Juventus scored seven goals in a single Serie A game for the first time since September 1983 versus Ascoli.

Tévez only played two Serie A seasons, with 2014-15 being his last. After scoring 19 times in 2013-14, the two goals in this match helped the Argentine forward score 20 in his second Italian top-flight campaign with Juve – only Mauro Icardi and Luca Toni (both 22) scored more in the competition that season.

At the end of the season, Juventus won the Serie A championship for the 31st time, with the Bianconeri remaining at the top from the first to the last matchday and winning the title with four games still left to play. A dominant display, just like in this match.

It happened to Sassuolo again. Another 7-0 defeat in Serie A, this time at the hands of Juventus at the Allianz Stadium in Turin.

The pre-match statistics didn’t give Sassuolo much chance, having lost seven of their previous nine Serie A meetings with Juventus, including all four games away at the Neroverdi. Juventus has conceded just once in their previous nine league games in 2017-18, in which they’d only allowed their opponents 15 shots on target overall.

The writing was on the wall inside the opening half of the match, with Juventus scoring four goals before half-time in a Serie A game for the first time in 10 years – Alex Sandro, Miralem Pjanic and Sami Khedira (two) with the goals.

Then Gonzalo Higuain turned up. He scored his first, and only, Serie A hat-trick for Juve in a devastating 20-minute spell between the 63rd and 83rd minute – just one of his hat-tricks in the competition have come in a shorter space of time, 19 minutes for Napoli against Frosinone in 2016.

This victory contributed towards Juventus’ title win and a 95-point tally, a total that has only been beaten by the club once (102 points in 2013-14). They also kept a clean sheet in this game, with it being one of 22 recorded by the club in 2017-18 – no club have kept more in a single Serie A season.

The last two Serie A defeats by a seven-goal margin have come against Torino, the first of which was in January 2020 against Atalanta.

Josip Ilicic was the star for Atalanta in this match, scoring a hat-trick by the 54th minute. He came into the fixture with nine goals in his previous nine league appearances and confirmed his excellent run of form to make it 12 in 10 games with this treble. His three goals in this game helped him reach 15 at the end of 2019-20, which remains his highest tally in a single Serie A season.

In this game he overtook Italian legend Paolo Rossi in the all-time Serie A scoring charts, with his 85th goal in the competition. Among his goals in this game was a strike from the furthest distance in Serie A for seven years (44.8 metres), the last longest being by Facundo Roncaglia for Fiorentina against Napoli in January 2013 (56.2m).

This victory saw Atalanta win a game by as many as seven goals for the first time in Serie A, while Torino had never before lost by a seven-goal margin in the competition at home. They’d go on to repeat the feat the following season, however.

This was the 150th Serie A meeting between Torino and Milan and it was to provide the last of the seven-goal victories in the competition.

Despite Milan coming into this game with a run of seven away trips to Torino without a win in Serie A (L2 D5), they also had a great away record in 2020-21. They’d secured 14 away wins in the top-flight that season, with this 7-0 victory equalling Internazionale’s competition record of 15 in 2006-07, before Milan went on to secure a 16th on the final day at Atalanta (2-0).

Franck Kessié scored Milan’s second goal in this win via the spot. That was Milan’s 18th penalty kick in 2020-21; only Lazio (2019-20) had been awarded as many in a Serie A season since 2004-05, but Milan went on to extend that record to 20 by the end of the campaign. Kessié became the first Milan midfielder to exceed double figures for goals in a single Serie A season since Kaká in 2008-09.

Ante Rebic scored three of Milan’s goals in this match, all coming after the 67th minute – his first and only Serie A hat-trick – while other goals came via Brahim Díaz and Theo Hernández.

Despite failing to win the Serie A title in 2020-21 (they would only have to wait one more year), Milan secured their biggest margin of victory in the competition since June 1959 (7-0 versus Udinese) in this match. It was also the first time that they’d scored seven goals in a top-tier league game since a 7-2 victory over Cremonese in May 1996.