DACH Demands: The Expectations for Germany, Switzerland and Austria at Women's Euro 2022 | The Analyst 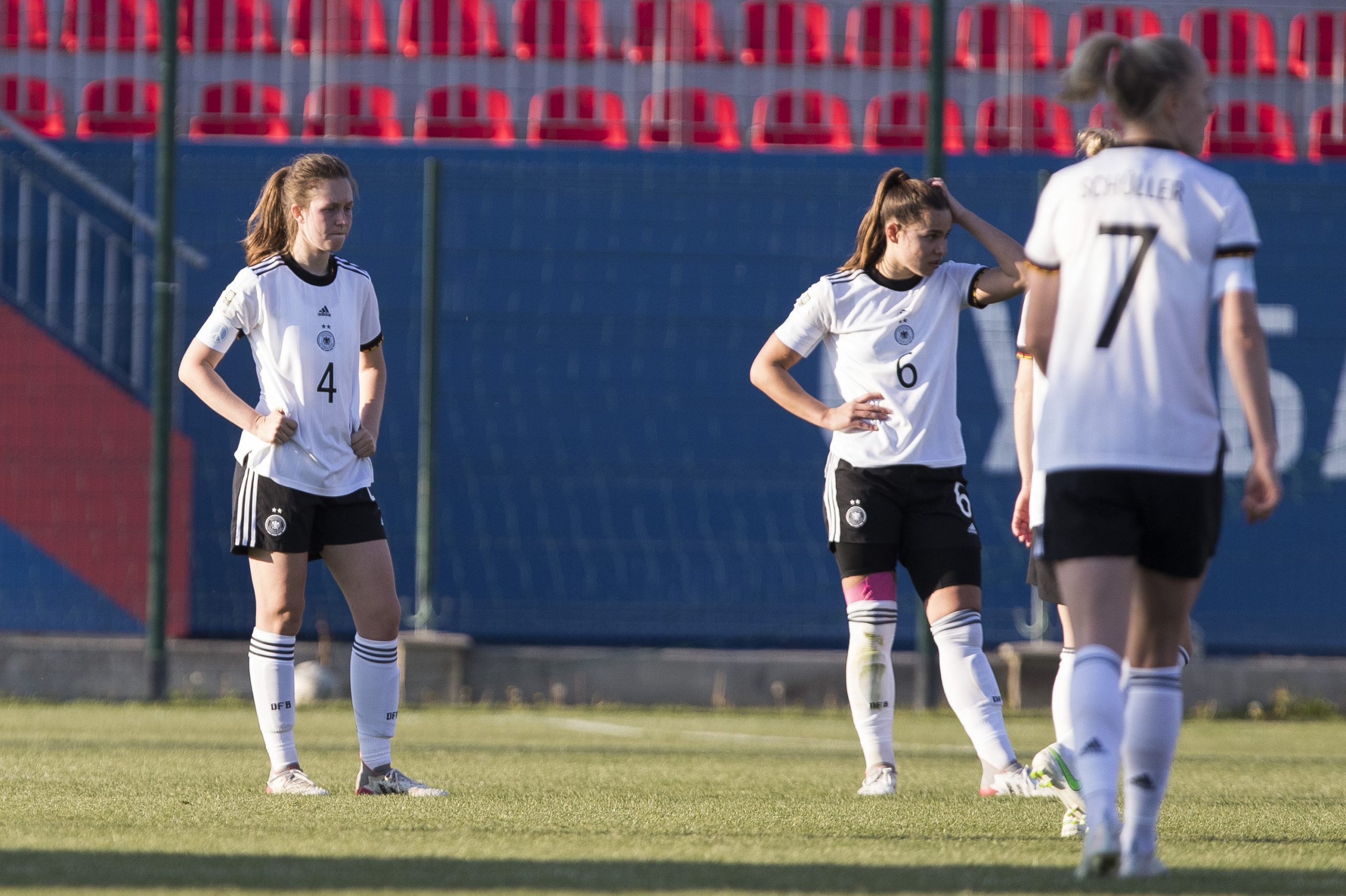 DACH Demands: The Expectations for Germany, Switzerland and Austria at Women’s Euro 2022

The trio of German-speaking countries have different expectations when it comes to Women’s Euro 2022, with the two smaller nations being simply proud to be a part of it all. For Germany, it’s either championship or bust.

Germany are the European juggernaut of women’s football, having won eight of the 12 previous editions of the UEFA European Championships. The 2022 event, however, is the first since 1995 where the German side are not defending champions. The 2017 tournament saw the Germans disappoint, with the record champions falling to eventual finalists Denmark at the quarter-final stage (2-1) – the first time that they’d ever failed to reach the semi-finals of the tournament.

Germany had progressed through a tricky group containing Sweden, Russia and Italy without a single defeat, and then made the perfect start against the Danes with a third-minute goal from Isabel Kerschowski. However, two goals in the second half for Denmark – including a winner with just seven minutes remaining – sent Germany home despite them controlling the game for large periods.

Now, five years on and after a close-to-impeccable qualifying campaign where they won every single match whilst conceding just once overall (with 46 goals scored), Martina Voss-Tecklenburg’s side has something to prove in England this summer and will no doubt be in with a strong shout of picking up the title at the end of July.

Still, Germany are not going into the tournament with the highest confidence. In February, they played in the Arnold Clark Cup, a preparational tournament for the main event in England, losing 3-1 to England and drawing 1-1 with Spain, both of whom are fellow contenders for the Euro title next month. Just as worrying for the Germans, they’ve lost against other women’s football powerhouses France (1-0 in June 2021) and the Netherlands (2-1 in February) over the last 18 months. Their lack of success against the bigger nations of European football in this period is a concern heading into a tournament where it’s impossible to avoid a top side if they want to go far.

Germany’s group is highly competitive with meetings with Spain, Finland and an opening game against Denmark providing a tough examination on their credentials for European success.

Yet, a lot has been made of Germany’s problems before major tournaments in the past, only for them to brush any pre-tournament worries aside with an assured performance in the finals. Back home, it’s been made clear that anything short of a final appearance for the Germans this year would be an underwhelming outcome for the fifth-best ranked team in the world.

One player that Voss-Tecklenburg will be relying on this summer is Lea Schüller. Since the 2017 Euros, she is Germany’s leading goalscorer (25 goals at the time of writing) and finished as the Bundesliga top scorer in 2021-22 with 16 goals. In the last European Championship finals, Germany fired in more shots than any other team (91) but only scored five goals at a conversion rate of 5.5%. A proficient striker this summer would be most welcome.

A nation with much lower expectations next month are southern neighbours Switzerland. After failing to qualify for any of the first 11 editions of the Euros, they are taking part in the tournament for the second time in a row. Their qualification for the finals was a great achievement in itself, taking a dramatic penalty shootout in their play-off meeting with the Czech Republic to reach England this summer. This came following a 4-0 defeat to Belgium in their final qualifier in Group H, when a win would have taken them directly to the Euro finals.

Despite it being their first-ever European Championship finals appearance, there’s an argument to say that Switzerland underperformed at Euro 2017.

The Swiss won all eight of their qualifiers for the tournament to top the group with a perfect record, including two wins against Italy, and were realistically set for a knockout stage finish. They were ranked higher in the FIFA rankings (17th) than group stage opponents Austria (24th) and Iceland (19th), but defeat to Austria and a failure to win against France in their final group game (1-1), despite the French playing with 10 players for 73 minutes, saw the Swiss go home with a whimper.

The Swiss didn’t have issues with converting chances – only four teams converted a higher proportion of chances at the tournament than they did (13%) – but it was the lack of chance creation that hindered them. Only three nations attempted fewer shots in the group stage than they did (23), with just one of those being deemed a big chance.

If they are to have more attacking success in this tournament, it’ll be vital that record scorer Ana-Maria Crnogorcevic (67 goals) and Paris Saint-Germain’s Ramona Bachmann – the only players to have scored at their last two international tournament appearances in 2015 (World Cup) and 2017 (Euros) – are given the opportunity to showcase their finishing ability in front of goal.

Expectations for 2022 are more modest than five years ago, given the fact that they’ll have to face former Euro champions Sweden (1984) and the Netherlands (2017) in the group stage – who both occupy a spot in the current top four of the FIFA rankings – while Switzerland have never won a competitive match against either nation (five losses without a single goal versus Sweden and two defeats against the Dutch). As a result, the feeling is that anything more than a victory against Portugal would be deemed a success in England this summer.

Unlike Germany and Switzerland, Austria exceeded expectations in the 2017 European Championships by reaching the semi-finals before being knocked out by losing finalists Denmark, on penalties.

Considering they’d never before qualified for a Euro finals before 2017 and came into that tournament as the third-lowest ranked side in the world (24th), their semi-final finish came as a surprise to many.

After that performance five years ago, Austria are the only team to have never lost a European Championship match in regulation time and are the team with the lowest goals conceded per game ratio in the competition (0.2), after only conceding a single goal in 2017 (1-1 vs. France).

Expectations may be higher this summer, with the Austrians qualifying with only one defeat and seven clean sheets in their eight games to reach Euro 2022. Still, repeating that success will be a tall task. They enter a group stage alongside the hosts England and two-time European champions Norway. Those are difficult opponents in themselves, even before the added issue that Austria have never beaten either side before (W0 D0 L7 vs. England and W0 D1 L4 vs. Norway).

Their hopes of unlikely success probably hinge on their solid defence, which conceded just three goals in eight qualifiers for this tournament – all of those coming away in France. In 2017 their defence was key to that semi-final finish, with Austria conceding the fewest goals (one) and keeping four clean sheets in five games – only the Netherlands could match that tally. Goalkeeper Manuela Zinsberger – now of Arsenal – made a name for herself with her fantastic performances at the 2017 tournament and will be a key performer for the Austrians once again this summer.