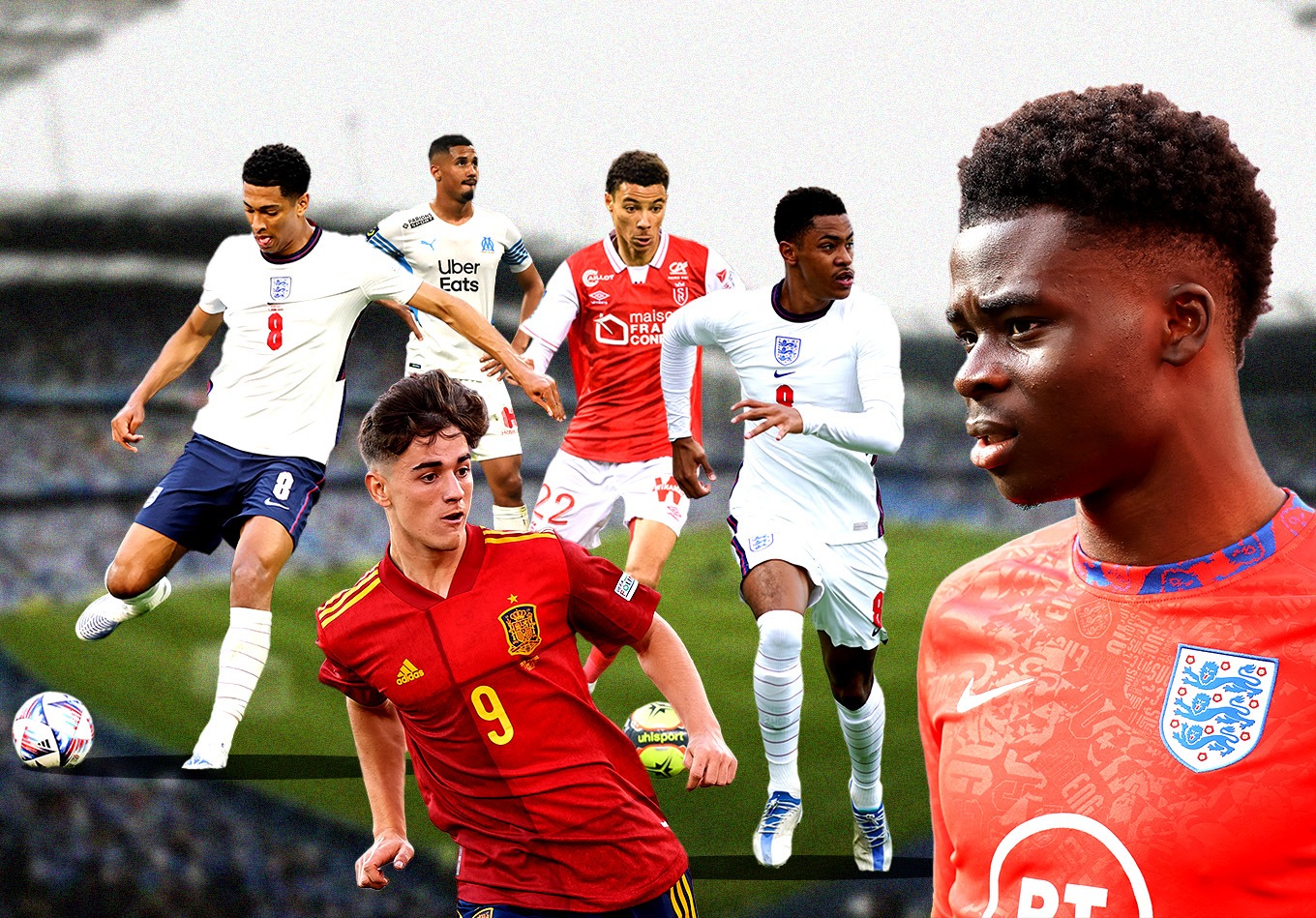 Now that the 2021-22 domestic season has finished, we look back across the top five European leagues to discover which teams gave youth a chance and who relied on experience the most. Is Ligue 1 still the league to watch to discover upcoming, young talent?

Yet again, Ligue 1 is still the competition to watch for young talent. French top-flight clubs handed 70,946 minutes to players aged under 21 years of age in 2021-22 (at the time of playing), more than double that of the Premier League, Serie A and La Liga combined.

The average Ligue 1 match saw players aged under 21 play an average of 187 minutes per game, ahead of the German Bundesliga (138) and twice as many minutes as the other big three leagues in Europe.

We’ve seen a plethora of exceptional talent produced from the French top-flight over the years, with Ligue 1 showing strong evidence of being the best breeding ground for some of the most talented players across Europe. Zinedine Zidane, Thierry Henry, Eden Hazard, Karim Benzema and Kylian Mbappé all began their professional career in the competition, and they’re just the tip of the iceberg.

French club Reims (24 years, 157 days) had the youngest average starting XI of any club within the top five European leagues last season, with fellow Ligue 1 clubs Monaco, Nice and Marseille joining them in the top 10 list. That’s all the more impressive when you consider those three clubs all finished within the top five in Ligue 1 2021-22.

Of the 30 oldest teams across 2021-22 in terms of average starting XI age, just one Ligue 1 team appears: Paris Saint-Germain (28 years, 74 days). With their financial power in another stratosphere to every other French club, this probably comes as little surprise, however.

Despite 40 different clubs within the top five European leagues having a younger average starting XI age than Barcelona (26 years, 268 days) in 2021-22, it was the Catalan giants who handed the most minutes on pitch to U21 players across the campaign (7,902).

Thirteen different players made a league appearance for Barca while aged under 21 years old in 2021-22, one more than Ligue 1 club St Etienne (12) and three more than the next most by a La Liga club (Valencia: 10).

Of these 13 players, 17-year-old wonderkid Gavi played the most often (2,329 mins), with experienced captain Sergio Busquets (36 apps) the only Barcelona outfielder to appear more often than the youngster (34) in La Liga last season.

Barcelona’s squad in 2021-22 was very much a mix of the old heads and the young legs, but the future looks bright with Xavi in the dugout.

A good number of Arsenal fans would have ended the season disappointed following their failure to secure a top four finish and subsequently Champions League football for 2022-23. However, they achieved fifth place in the Premier League with the youngest side in the competition – their average starting XI age being just 24 years and 308 days old.

Only in 2008-09 (24y, 225d) have Arsenal had a younger average starting XI in a Premier League season than in 2021-22. They finished one place higher that season (fourth), but the competition for top-four places certainly wasn’t as fierce as it is now, plus that Arsenal side only secured three points more (72) than the current crop (69).

No Premier League club handed more minutes to under-21 players in 2021-22 than Arsenal (4,927), with 60% of those minutes coming from Bukayo Saka (2,991). The Gunners’ youngster was the under-21 player given the most minutes across the big five European leagues last season.

He looks set to be joined by William Saliba at the Emirates Stadium next season, with the young French defender back from a loan spell at Marseille, while the third-most used under-21 player in Europe may also be familiar to Arsenal fans – Aaron Hickey, who has been linked to a transfer from Bologna this summer.

It was Saka that also led the way in Europe for the most goal involvements (18) and chances created (68) in the top five leagues while aged under 21 years old. The England forward contributed 18 goals overall in 2021-22 (11 goals, seven assists), which was just ahead of Florian Wirtz at Bayer 04 Leverkusen – although the story may have been different had the young German not been injured in mid-March.

Arsenal team-mate Gabriel Martinelli is tied in fourth with 12 goal involvements (six goals, six assists), while third place was secured by Newcastle United target Hugo Ekitike, with 13 goal involvements despite only playing only 1,274 minutes in Ligue 1 for Reims in 2021-22.

In addition to the players mentioned above, two players to keep an eye on in 2021-22 will be Bayern Munich’s Jamal Musiala and Hoffenheim forward Georginio Rutter. Of players to play at least 1,000 minutes as an under-21 player in 2021-22, only Wirtz (0.66) averaged expected goal involvements per 90 minutes as high as Musiala (0.66), while Rutter followed just behind (0.60).

Of course, trusting youth isn’t for everybody. Sometimes having some valuable experience holds the key to success – something displayed by both Real Madrid and PSG this season, as they lifted their respective league titles despite having the 21st and 22nd oldest average starting XIs across 2021-22 of the 98 clubs.

Internazionale – who finished as runners-up in Italy respectively, proved that a squad packed with experienced heads can work out well.

Inter handed just 42 minutes to players aged under-21 in Serie A last season, which was more than Napoli (four) and Fiorentina (one) managed, while only four clubs across Europe’s big five leagues failed to give a single minute of action to a player aged under 21 years old: Union Berlin, Elche, Rayo Vallecano and Newcastle United. Of Inter’s 2021-22 playing squad, 12 of the players to make an appearance in Serie A were aged 30 years old or over, but just five of those played over 1,000 minutes.

Eduardo Camavinga made the move from Rennes to Real Madrid last summer at the age of 18, following two full seasons as a Ligue 1 player. With current Ligue 1 young stars such as Hugo Ekitike (19 years old) and Aurélien Tchouameni (22 years old) looking to make the jump across to the big time in 2022-23, we can expect the French top-flight to produce exciting young talent for many years to come.