Ironmen: The Most Premier League Appearances | The Analyst 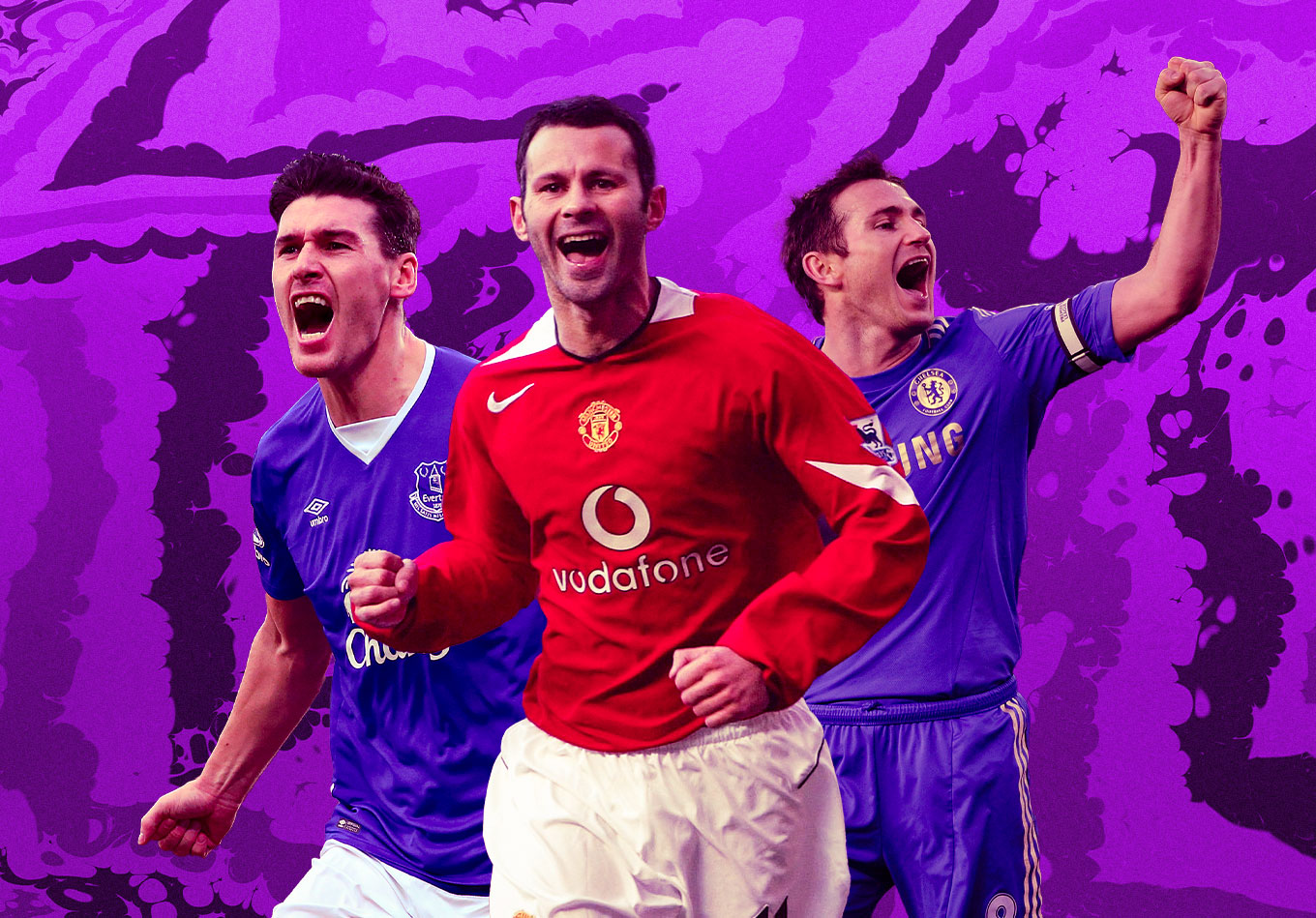 Lacing up the boots week after week, season after season, will take its toll on a football player’s body. For some stars, injuries and niggles will mean they are forced to spend time on the sidelines. But others manage to log game after game and in celebration of their longevity, here’s our look at the top ten players who have made the most Premier League appearances.

When Gareth Barry came on as a 49th-minute substitute for Aston Villa on May 2 1998 against Sheffield Wednesday, little did we know that over 20 years later he would still be plying his trade as a professional footballer. Granted, the final two years of his career were played in the second tier but by then Barry had already set the mark for most Premier League appearances at 653.

Barry’s Premier League debut may have come earlier, he had been named on the substitutes bench nearly a month previously against West Ham United but didn’t come on. In fact, a Barry substitute appearance was a rare occurrence. He made 618 starts during his Premier League career, enough for a healthy 94.6% start rate. Unsurprisingly, Barry holds the record for the most minutes played by a Premier League player (54,439)

Despite playing for the likes of Aston Villa, Manchester City, Everton and West Bromwich Albion over the course of his Premier League career, Barry isn’t amongst the top ten for games won. He does however top the charts when it comes to games drawn (193) and games drawn nil-nil (64), whilst sitting second on the list of players to have suffered the most defeats (198) – behind one player who we’ll come to later in this list.

A solid and dependable midfielder, who made 53 appearances for England, he christened his 600th appearance in the Premier League with a strike for Everton against Arsenal – the 52nd league goal of his career. One final goal would follow against Manchester United, the side he lost more to (24 times) than any other during his Premier League career before an injury derailed his 2017-2018 season, ending in West Brom’s relegation to the Championship.

Ryan Giggs made his league bow for Manchester United the season prior to the Premier League starting so it’s no surprise that the winger ranks highly when it comes to overall appearances in the history of the competition. And it is even less surprising that Giggs tops the charts when it comes to most assists (162), some 51 clear of his nearest rival Cesc Fabregas.

Despite scoring 109 goals during his Premier League career, the Welsh Wizard never netted a hat-trick in his 632 appearances even if he did manage to net a brace on 11 occasions. He only needed five appearances to net his first goal in the competition but failed to find the back of the net in his last 20 in the Premier League.

Having won 13 Premier League titles with Manchester United during his career, Giggs has comfortably won more games than any other player in Premier League history (407) and when you compare that to United’s overall victories in the competition, it means the Welshman was part of the team in 57.9% of their triumphs.

Of the players in this article, it’s Giggs who has been subbed off more than any other player (134), with Theo Walcott (157), Aaron Lennon (141) and David Silva (137) the only ones to have seen their number raised more often. It means that Giggs only ranks fourth when it comes to minutes played (46,437)

Frank Lampard came closest to matching Giggs’ feat when it came to winning games in the Premier League (349). He would even taste victory in his first-ever appearance in the competition as a West Ham United player on January 31 1996 when he made an 80th-minute substitute appearance against Coventry City.

A broken leg in the 1996-1997 season delayed his fledgling career, but he returned in emphatic fashion the following campaign – scoring on the opening day of the season barely a minute after coming on as a substitute against Barnsley. It would be the first of 177 goals Lampard scored in the Premier League for West Ham United, Chelsea and Manchester City, with his final goal coming in his final appearance against Southampton on the last day of the 2014-2015 season. A strike earlier in the season against former club Chelsea also produced possibly the greatest ‘muted’ goal celebration in Premier League history.

A former team-mate of Lampard’s at Man City, James Milner is the only active player in the top 10 appearance makers in Premier League history and could rise further up the chart in the coming season after signing a one-year extension with Liverpool. Having made 24 appearances last campaign, a similar haul in the 2022-23 season would be enough to overtake Lampard.

If you think of some of the iconic Premier League moments since November 2002, there’s a good chance that Milner has been part of them. Whilst at Leeds United, he was part of the team that suffered a 5-0 defeat at the hands of Arsenal which started the downward spiral that saw the side relegated from the top flight. And after spells with Newcastle United and Aston Villa, he would be part of the Manchester City side that won the title in dramatic AGGGUERRROOOOO fashion before winding up as part of Jurgen Klopp’s revolution at the Reds.

The first goalkeeper on this list, but by no means the last, it will go some way to reducing his pain of not being the stop stopper with the most clean sheets in Premier League history (link to other article) with only Petr Cech (202) ahead of David James’ effort (169).

James’ first Premier League appearance, and also his debut for Liverpool, came on the opening weekend of the inaugural season following his transfer from Watford, starting against Nottingham Forest in the first ever Super Sunday match shown on Sky Sports. Unfortunately, this also makes him the first goalkeeper to concede a goal in a live televised Premier League match, with Teddy Sheringham putting the only goal of the game past him. This would be the first of 665 goals he would concede in the Premier League for the Reds, Aston Villa, West Ham United, Manchester City and Portsmouth which, sadly, is also the record for the competition.

For a while, James would hold the record for the most appearances in the Premier League before being overtaken by the four players above. He also holds the unique feat of having appeared in the competition as both a goalkeeper and outfield player, having been thrown up front for Stuart Pearce as Manchester City chased down potential European qualification on the final day of the 2004-2005 season. They would fall short following a 1-1 draw with Middlesbrough with James unable to make an impact, even though he did concede two fouls in a Premier League game for the only time in his career.

James beat the record previously held by the late Gary Speed, for whom goals were plenty during his career but they probably came no sweeter than on November 20 1996. A boyhood Everton fan, his dream of playing for the club was realised when he moved to Goodison Park at the start of that season, before scoring the equaliser in the Merseyside Derby in front of the Kop. The only hat-trick of his Premier League career also came whilst wearing his beloved blue in a 7-1 mauling of Southampton.

But to talk about strikes misses so much of what makes Speed a player still remembered fondly by many fans and former team-mates of Leeds United, Everton, Newcastle United and Bolton Wanderers star. A life gone far too soon following his death at the age of 42.

The first out-and-out forward on the list, Emile Heskey might be seventh when it comes to number of appearances in the Premier League but his haul of 110 is ‘only’ good enough for 25th on the list of all-time goalscorers.

But where the former Leicester City, Liverpool, Birmingham City, Wigan Athletic and Aston Villa star proved his worth was by being one of the most unselfish players on the field. Making decoy runs, holding up the ball for others and providing his own fair share of assists (53) won a place in the hearts of fans and team-mates alike.

None more so than Michael Owen who saw his golden years, culminating in the 2001 Ballon D’Or, heavily supported by his Liverpool (and England) team-mate Heskey with the pair scoring 30 Premier League goals between them during the 2000-2001 season, as well as combining as part of England’s famous 5-1 triumph over Germany where, yes, even Heskey scored.

Remember how we mentioned earlier in this article that one player in the Premier League had lost more games than Gareth Barry? Well, step right up Mark Schwarzer – it’s time for your moment to shine. The Australian is the only player, so far, in the history of the Premier League to have racked up 200 defeats. With 145 draws to his name as well (54 of which were 0-0), it means Schwarzer has left a Premier League stadium without winning 67.1% of the time.

All bar ten of his appearances came for Middlesbrough and Fulham as he became the first, and so far only, non English/British player to make over 500 appearances in the Premier League. He was part of two title-winning squads in back-to-back seasons (Chelsea and Leicester City), but he didn’t play enough games to qualify automatically for a medal.

Liverpool’s all-time leading appearance maker in the Premier League, Jamie Carragher made his debut for the club when Roy Evans was in charge at Anfield before being part of their success under Gerard Houllier and Rafa Benitez where, although the Premier League title would elude him, his mantlepiece is loaded with a UEFA Champions League winners medal, as well as three FA Cup triumphs.

Famously, Carragher only scored three EPL goals for Liverpool during his career but did manage to turn the ball into the back of his own net on seven occasions – joint second-most in the competition’s history. You can read more about Carragher’s own goal exploits here, as well as finding out who the overall record holder is (a clue: he played 431 times in the Premier League).

In a game of Top Trumps between the Neville brothers, this would be one section where Phil comfortably comes out on top having made 105 more appearances in the Premier League than Gary Neville. He also has the advantage when it comes to goals (Phil’s 9 to Gary’s 5, what a way to make a living), although assists do fall in Gary’s favour (35 to 25), as well as Premier League winners medals (8 to 6).

Phil’s transfer to Everton ahead of the 2005-06 season led to many highlights with the brothers refusing to engage with each other in the tunnel when both captaining their sides in the 4-4 draw at Old Trafford in 2012 that proved pivotal in the deciding the title-race.