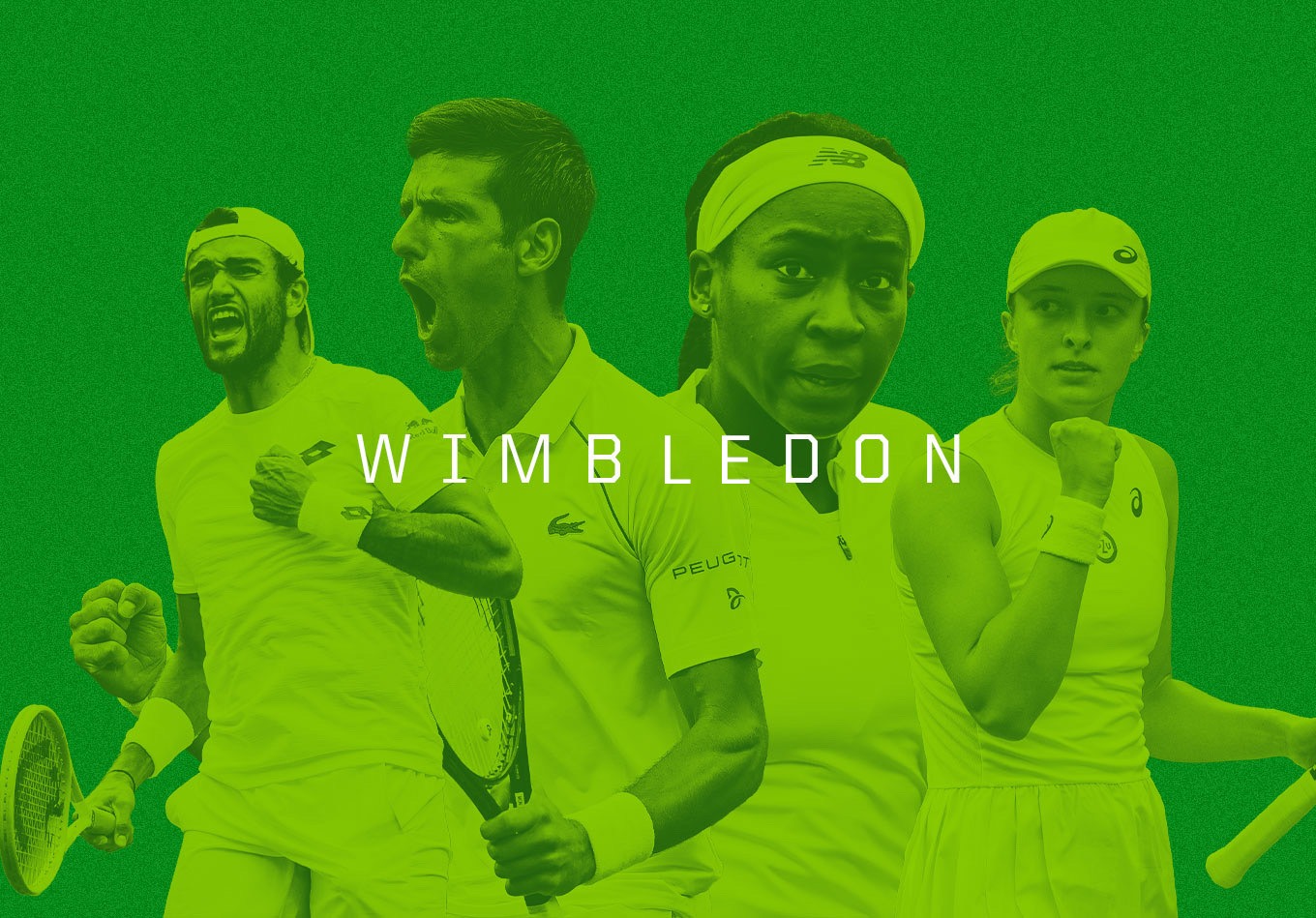 The 135th edition of Wimbledon begins next week and the stage is set for more history to be made. Will six-time winner Novak Djokovic be able to defend his crown? Can Polish record-breaker Iga Świątek extend her 35-match win streak on the WTA Tour?

Wimbledon 2022 will also see the return of seven-time champion Serena Williams as a wild card; Rafael Nadal aiming to win his third Grand Slam title of the year; uprising grass stars such as Brazilian Beatriz Haddad Maia; and Matteo Berrettini’s bid to appear in back-to-back finals.

Here are five data-driven narratives worth watching out for at SW19 this year.

For someone who has won it all, it’s amazing that there are still records for Serena Williams to beat. The American is already the oldest female player to win Wimbledon in the Open Era, doing so in 2016 at the age of 34, defending her 2015 title. Three years after winning her last title at Wimbledon, Serena reached the final again in 2019, at 37 years old, and equalled her sister Venus in 2017 and Martina Navratilova in 1994 as the oldest players to reach the final.

At 40, her form is still a mystery, but her tie against France’s Harmony Tan will be one of the most interesting matches of the first round.

2. Another Day in Paradise for Iga and Nadal?

Roland-Garros crowned Rafael Nadal and Iga Świątek as champions. While the Spaniard won his 14th title, the Polish star continued her remarkable winning streak, her 35th consecutive victory coming in the final against Coco Gauff. In doing so, she equalled Venus Williams’ record for the longest winning streak by a female player in the 21st century. At the All England Club, both will have the chance to establish more records.

For Nadal, a two-time winner at Wimbledon (2008 and 2010), it will be the chance to win three majors in the same year, after his triumphs at the Australian Open and Roland Garros. The only other season he’s achieved this was back in 2010, when the Spaniard won Roland Garros, Wimbledon and the US Open. In addition, he could become the third player in the Open Era to win the first three Grand Slam titles of the season after Rod Laver in 1969 and Novak Djokovic in 2021.

After winning her second French Open, Świątek is looking to become the first female player to win two Grand Slam titles in the same season since Angelique Kerber in 2016 (Australian Open and US Open).

The Pole could become the second women’s player in the 21st century to win Roland Garros and Wimbledon in a single campaign after Serena Williams in 2002 and 2015. That said, she’s never gone beyond the fourth round in her two appearances at Wimbledon.

2021 Wimbledon finalist Matteo Berrettini is another player to look out for. The former world No. 6, who underwent right-hand surgery in March and came back in the opening week of the grass season, has had a dream run since. He won the title at Stuttgart and at the prestigious Queen’s Club, nailing a sequence of nine consecutive wins immediately after his return to the tour.

Since 2019, no player has a better record than him on grass (33-6). Since 2015, only Roger Federer (eight) and Novak Djokovic (six) have appeared in more finals on grass than Berrettini’s five. The Italian looks like a strong candidate to make a deep run against this time around. Last year, he won the first set in the final against Novak Djokovic, but the Serbian came back to win his sixth title.

On June 7, Beatriz Haddad Maia defeated Qiang Wang in the first round at the Nottingham tournament on grass – a surface on which Brazilians are typically more comfortable playing football. Two weeks later, she’s made three consecutive semi-final appearances on grass courts, eliminated most recently in Eastbourne, after having won both Nottingham and Birmingham tournaments, including victories against former Wimbledon champions Petra Kvitova and Simona Halep.

Before her defeat to Kvitova at Eastbourne, the 26-year-old Brazilian was on a 12-win streak on grass. That run saw her become the first female player to win more than 11 matches in a row on this surface since Serena Williams, who won 20 in a row between 2015 and 2018. Her performances this year have earned her a spot as the No. 23 seed in Wimbledon, a tournament whose last Brazilian to win was Maria Esther Bueno in 1959, 1960 and 1964.

On the men’s side, another great story is that of Tim Van Rijthoven. The Dutchman made headlines recently as a wild-card winner of ‘s-Hertogenbosch, beating world no. 2 Daniil Medvedev in the final to do so. Off the back of that remarkable run, he’s been granted a wild card for Wimbledon too.

Other names to watch are British Ryan Peniston, who upset world No. 5 and Roland Garros finalist Casper Ruud on his first ATP-level match at Queen’s Club, and Jack Draper, another player from Great Britain who beat Diego Schwartzman on his Eastbourne debut, reaching the first ATP semi-final of his career.

5. Djokovic and His Wonderwall

By his lofty standards, 2022 has been a lean season for Novak Djokovic. The Serb has just the Rome Masters trophy to show for his efforts this year so far.

Djokovic currently holds the fifth-longest winning streak in Wimbledon history, with 21 flawless matches between 2018 and 2021. If he reaches 25, he will equal Pete Sampras’ streak between 1993 and 1996 as the all-time fourth longest.