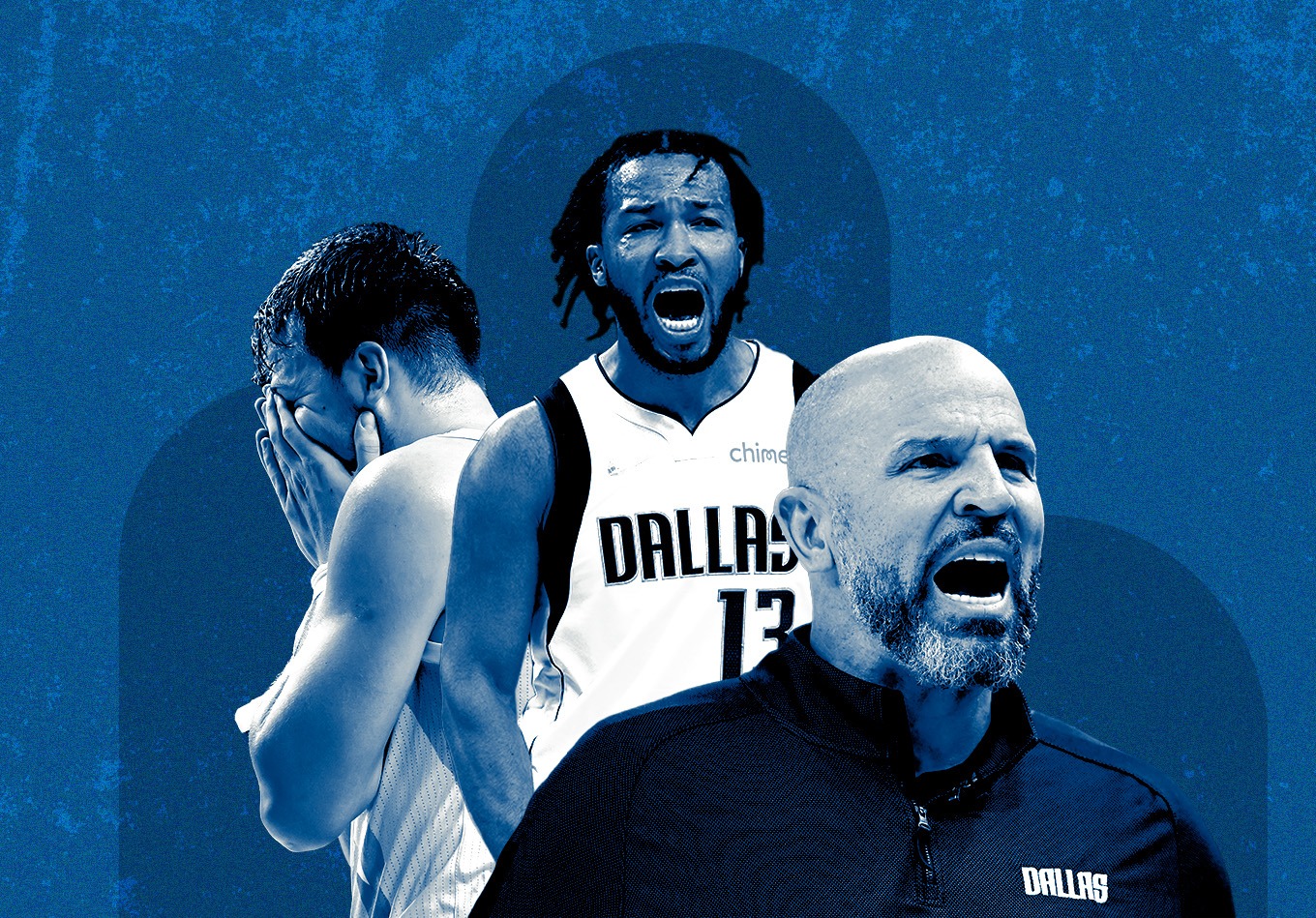 Can Luka and the Mavericks Take the Last Step to a Championship?

The Dallas Mavericks’ postseason run came to an end in Thursday’s 120-110 loss to the Golden State Warriors in Game 5 of the Western Conference finals.

Really, it was never in danger of being competitive.

Yet, it’s hard to describe the season as anything other than a success for the Mavericks. It started with questions about Jason Kidd, who had to prove he’d improved his coaching acumen during his time as an assistant after head coaching stops in Brooklyn and Milwaukee.

It also had superstar Luka Dončić admitting he wasn’t in the best condition to start the season. And the Kristaps Porziņģis era came to a close, as Dallas gave up on him ever being the co-star Dončić needed, trading him to the Washington Wizards along with a second-round pick for Spencer Dinwiddie and Davis Bertans.

At that point, it seemed hard to envision the Mavericks as a team that could make noise in the playoffs. But Dallas didn’t just win its first playoff series since winning the championship in 2011. The team knocked off the world-beating Phoenix Suns in the second round to advance to the conference finals.

The Mavericks answered a lot of questions on the way to the West finals, but will have to answer a lot more to stay in the inner circle of championship contenders. Progress isn’t always linear, and often the surprise conference finalist takes a step back the following year. Just ask the 2021-22 Atlanta Hawks how easy it is to live up to new expectations.

The good news is several of the potential areas of trouble on this team have been answered. Kidd took a team that many expected to be subpar on defense and turned it in to the sixth-best defense in the league. Dorian Finney-Smith continued his development into the exact kind of 3-and-D wing that the Mavericks need around Dončić and signed a palatable extension.

Nico Harrison and company will have to evaluate how much of this season’s success can be replicated while deciding on how to configure the roster. Can a team that finished 29th in steals, 28th in blocked shots without a true defensive anchor in the middle be counted on to finish in the top six in defensive efficiency again?

While the defense might slip a little without significant upgrades, it could still be a top 10 unit next year. Dallas was excellent in preventing efficient shots this season, as the team allowed the third-fewest 3-pointers and the eighth-fewest free throws.

The team was able to run opponents off the 3-point line without getting too physical in recovery and fouling on the rotation behind the play.

All the players seemed to understand and buy into Kidd’s scheme, and there’s no reason that can’t happen again. Reggie Bullock and Finney-Smith combined to form an excellent wing tandem on defense, and Jalen Brunson, while not the most big or athletic guard, is a good scheme defender who is usually in the right spot.

Brunson is the major domino of the offseason, and it would be a major setback if the Mavericks lost him. Brunson is the second-best player on the Mavericks, an excellent decision-maker who can handle a heavy scoring load when it’s needed.

Even if the Mavericks prefer to upgrade the second-best player on the team, it would be hard to do without Brunson re-signing or agreeing to a sign-and-trade.

Dallas has no path to meaningful cap space this offseason, and couldn’t get to a max contract in without waiving their good players without fully guaranteed contracts and finding a taker for some of their contracts still on the books. Meaning everything would have to be completely stripped down, and taking a major step back in Luka’s prime doesn’t make any sense.

Although Dallas will have to go into the tax to keep Brunson, it’s still the best course of action, and Mark Cuban seems to be on board with it.

Brunson is a better fit than most hypothetical sign-and-trade targets out there. Jerami Grant is a popular name brought up in these talks, but Grant has indicated wanting a huge role in the offense, and may not be thrilled with how much Dončić has the ball. He also doesn’t have the passing acumen of Brunson, and hasn’t shot 3-pointers as well the last couple of seasons, either.

Zach LaVine would be the perfect offensive fit next to Doncic as an elite catch-and-shoot player who can also create havoc when defenses leave him with a seam. He’d be worth the gamble on defense if Dallas could pry him away from the Chicago Bulls in a sign-and-trade, but that seems unlikely, as the Bulls have indicated they’d much prefer to keep the talented scorer.

Trades for a star seem difficult to find as well. Rudy Gobert is a popular trade target in Dallas rumors, but how much better would Gobert really make the team? Luka thrived with a five-out lineup in the playoffs including Maxi Kleber at center. Gobert would have a better time catching lobs from Dončić than he does in Utah, but would his presence be enough of an upgrade over what the Mavericks would have to trade to match his salary and the opportunity cost of paying him until 2025-26, when he has a player option for $46,655,173?

For a team with a defense that has already shown elite potential, the answer is probably no.

While Brunson and Dinwiddie could be staggered effectively and both have played well with Luka as secondary playmakers, if Dallas could move Dinwiddie to a team looking for more ball handling for another wing with some size, it could be beneficial. But with every team in the league looking for wings with size that can shoot, it might not be feasible.

So, if Dallas can’t execute a worthwhile trade and brings back Brunson, can the team improve enough internally to be even better? It’s possible.

It starts with Dončić coming into camp in good shape and improving on the defensive end. He’ll never be a shutdown defender, but he just needs to be a guy that is more difficult to target in the postseason.

The return of Tim Hardaway Jr. should help. He had a bad shooting year before getting injured and needing foot surgery, but he’s been a sharpshooter in the past, and a real offensive weapon when teams key in on Doncic. It will be hard for the Mavericks to find enough minutes for Hardaway Jr., Dinwiddie and Brunson in the backcourt alongside Dončić, but Hardaway Jr. offers enough differing skills to be useful.

If a few of these role players shoot slightly better this year, Dallas could feature a much more prolific offense. The Mavs took the eighth-most 3-pointers during the season, but were 21st in 3-point percentage. If the team can jump into the top half of the league in 3-point percentage, it would go a long way toward improving the offensive efficiency without any meaningful changes in shot quality.

None of these internal improvements are guarantees and it will be difficult to even repeat the success of this year. The jump from one-year contender to perennial contender is more challenging than most realize, and progress is rarely linear in the NBA. But, with Dončić, a true superstar at the helm heading into his prime and vowing to do what it takes to be the best player he can, the Mavericks will have a chance.