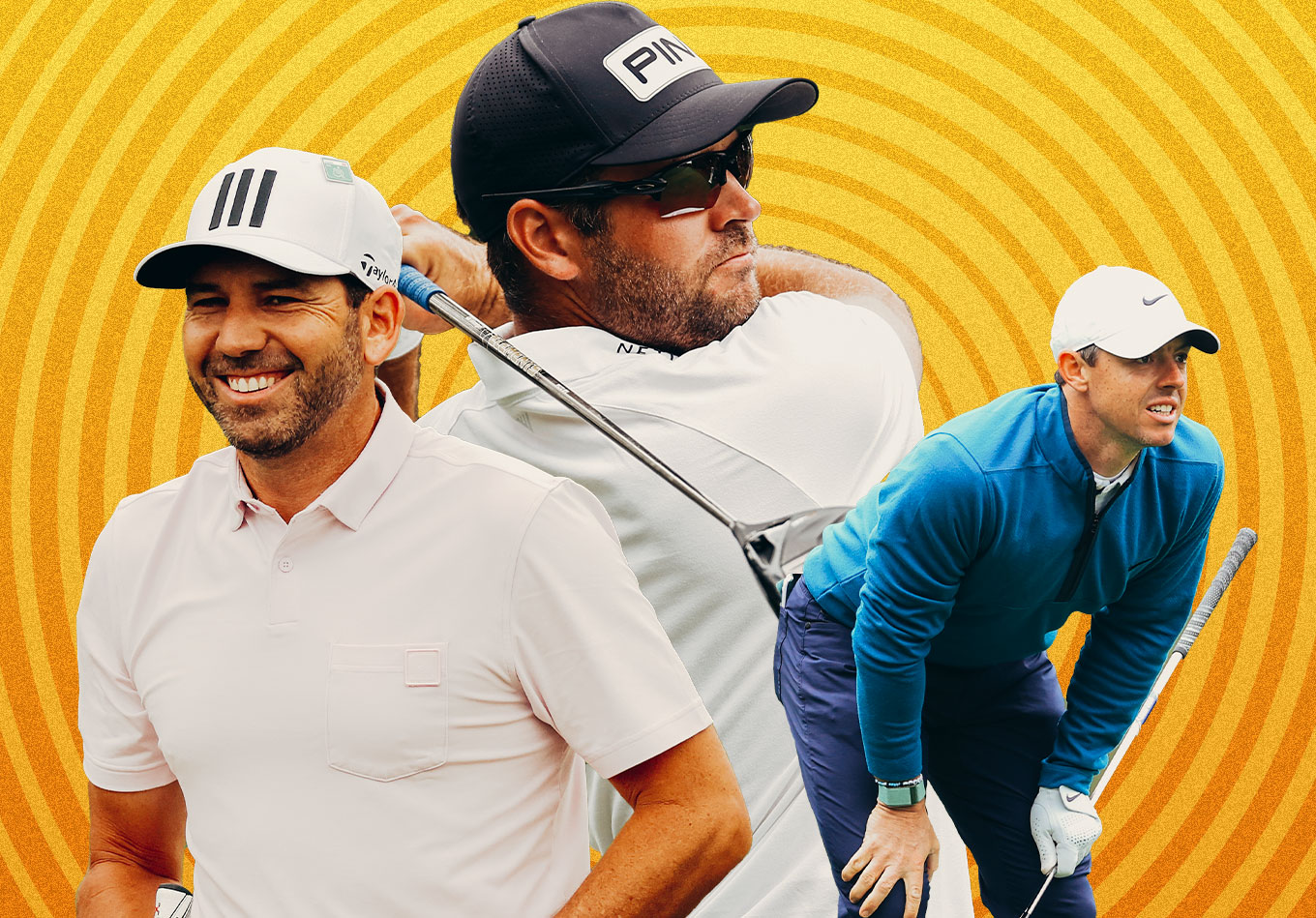 It’s a course where keeping the ball in the fairway is all but required with native areas surrounding most holes.

The Wells Fargo Championship will be played at TPC Potomac this weekend, taking a sabbatical from its usual stop at Quail Hollow, which will be hosting this year’s President’s Cup. TPC Potomac is a familiar course on tour, last hosting the Quicken Loans National in 2017 and 2018. Located in Potomac, Maryland, TPC Potomac is a 7,160-yard par 70.

Long par 4s make up eight of the 18 holes, with an even split between easy, less variable par 4s and harder, more variable par 4s. Both par 5s are lengthy and while the second hole has a less exciting 60% par rate, the par-5 10th retains some excitement with a 35.7% birdie rate and even a handful of eagles. The 10th and 11th feature wetlands all along the left side of the hole and the 11th has historically been an unassuming brute. More than one-third of the field cards a bogey or worse on the 470-yard par 4.

According to our FRACAS model, the field is 0.22 strokes worse than PGA Tour average this week, though that’s not uncommon in 156-golfer fields. The top 100 ranked players in the field average 0.31 strokes better than PGA average, so while the depth of the field is not particularly strong, there’s a strong group at the top that should make things interesting.

Let’s take a closer look at the expected scores for each hole. Below, the holes with the most variance are darker than the ones with less variance. So the darker holes are essentially the ones on which players have the greatest opportunities to distance themselves from the field – or lose plenty of ground in a hurry.

There’s a clear betting and FRACAS favorite in the field: Rory McIlroy. He’s the defending champion in the event, though last year’s victory came at Quail Hollow.

TPC Potomac is not a particularly good or bad course for him, but if he’s accurate off the tee he could hold a huge advantage over the field with his distance. Our model gives him almost a 1 in 10 chance of defending his title this week.

Conners, Fitzpatrick, Henley and Hatton round out the top five in projected win percentage. Henley and Conners are golfers who hit almost every fairway, while Fitzpatrick and Hatton both excel on difficult courses not named Augusta National.

Of the four, Henley and Conners have the best course fit. The rest of the projected top 10 are players who are either fighting their swings at the moment (Garcia with his irons and Finau with his putter) or are battling back from injury (Casey and Woodland).

There’s not a lot to like on the odds boards this week, but Sergio Garcia is in a nice spot. He’s around 38-1 in the consensus market, but our model sees his chances more like 33-1.

It’s a small value to be sure, but a value nonetheless. Garcia’s lasting strength is his driver. He’s spectacular off the tee, gaining strokes in all but one measured tournament in the last calendar year. He’ll be of particular interest on the short par-4 14th, where there are always a few eagles to be found and Garcia could stick it close off the tee. Garcia has struggled with his approach play lately, but he could have smaller distances to the pin than the rest of the field due to his driving.

There are two other golfers with some value, though it’s primarily found in the placement markets. Brian Harman is the most undervalued golfer in the field. His top-five odds sit at 11-1 and his top-10 odds are at 11-2, but our model suggests those numbers should be 9-1 and 5-1, respectively. Harman has been inconsistent in 2022 with two top fives and six finishes outside of the top 30, but this is a field that’s more in line with his skill level. Harman is great when things play difficult and variable, and this is a course where both of those things are true.

Scott Gutschewski, our final value play, is 86th in projected win percentage this week with only a 46% chance of making the cut. In spite of this, his 30-1 odds of finishing in the top 10 are a place we see some leverage as FRACAS has him at 22-1. It’s a good course fit for Gutschewski, who is a short hitter and not someone we would back on any course with four par 5s. However, when the premium is on hitting fairways instead of hitting it long, Gutschewski gains a bit of an advantage.

After a cold stretch without a win since last year’s U.S. Open, Jon Rahm returned to the winner’s circle in Mexico holding a share of the lead from start to finish. Though it wasn’t the most dominating victory, Rahm moved back to around his long-term FRACAS number and is behind only Scottie Scheffler, Justin Thomas and McIlroy in the rankings.

On the DP World Tour, Spaniard Adri Arnaus was victorious in a playoff against South African Oliver Bekker. The 27-year-old Arnaus now sits 89th in our FRACAS rankings with a long-term baseline at just under PGA average. Australian Harrison Endycott won on the Korn Ferry Tour for his first OWGR-sanctioned win. It was a surprise win for Endycott as it had been almost a full year since his last top-10 finish. Even after the win, he’s 319th in FRACAS and will need to sustain some form for our models to consider him a serious threat should he gain his card.

The PGA Tour Latinoamerica was in Peru last week and 35-year-old Guatemalan Jose Toledo secured his first victory since 2017. Toledo, who has been on a nice run of form of late, is our highest-ranked PGA Tour Latinoamerica regular. He currently is 175th in the world by FRACAS at about 0.2 strokes worse than PGA average, though his long term baseline is more like half a stroke under average. Some sustained form could see him on the Korn Ferry Tour next year with a chance to make some noise.

Elsewhere in the world, Trysten Strydom won the Sunshine Tour Championship and is now 106th in the rankings. Yuki Inamori, who won The Crowns on the Japan Golf Tour, is now 266th in the world and likely punched his ticket to the PGA Championship.