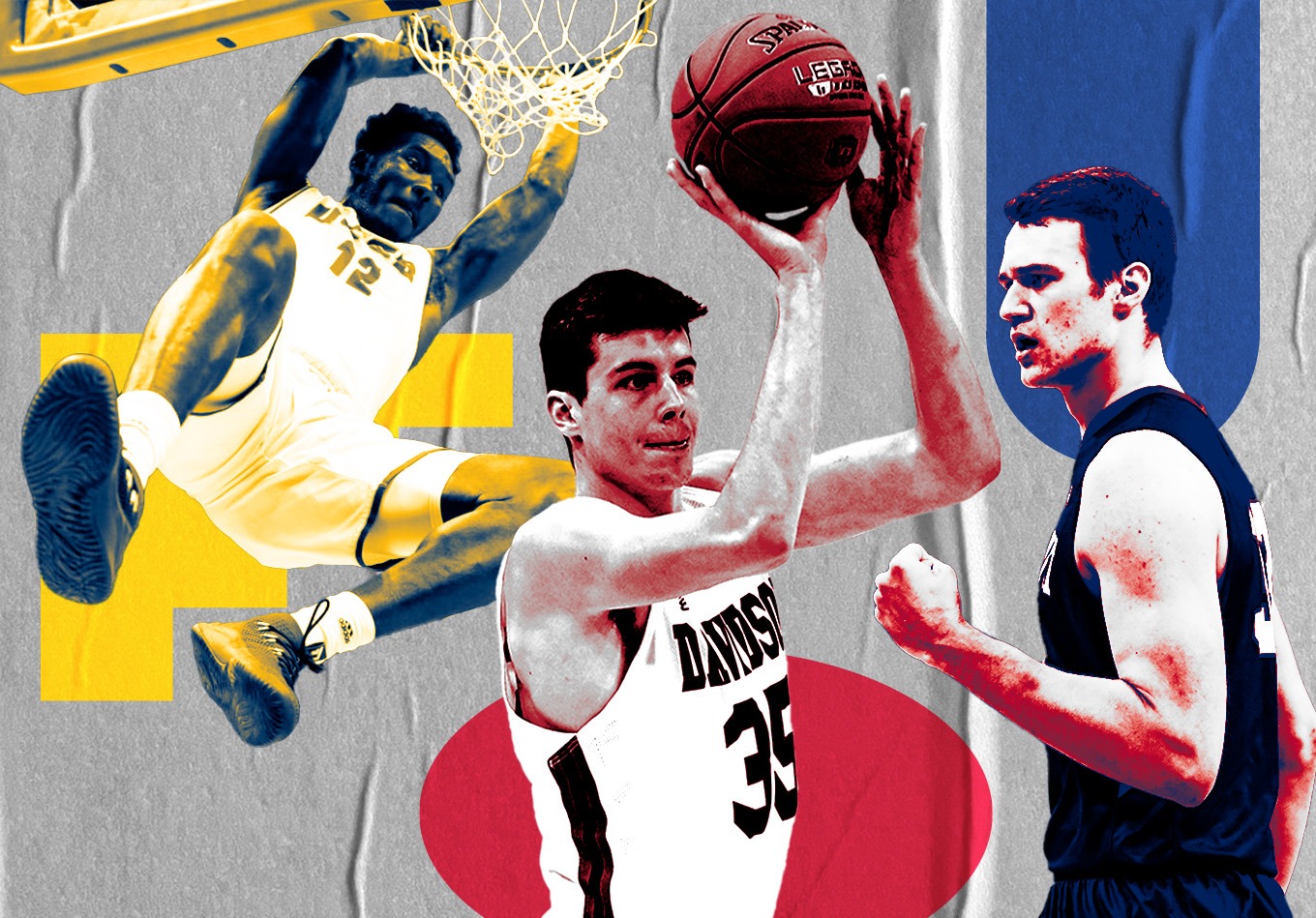 The mid-April to mid-May window has evolved into a time frame wherein fringey sleeper prospects and older seniors have an array of opportunities to showcase their talent in front of NBA, G League and international scouts.

A first glance at the invitees to these events and combines may not wow you, but there’s always a handful of legitimate NBA talent that slips through the cracks without earning invites to the NBA Combine or G League Elite Camp.

Take for example, the Professional Basketball Combine, which hosted 24 prospects in each pre-draft cycle from 2017-19. This was an upstart secondary combine, but it was able to tab the likes of Desmond Bane, Jae’Sean Tate, Kendrick Nunn, Antonio Blakeney, Chris Silva and about a dozen more players who went on to log NBA minutes. These types of events have merit and while plenty of participants won’t make it, it’s worth sifting through the mud to find a diamond in the rough.

The 3x3U tournament and NABC–Reese’s College All-Star Game take place throughout Final Four weekend and while a bit more fun and less serious of a vibe, also provide a good platform to these prospects.

We identified 146 draft-eligible prospects across all of these pre-draft events and ran them through our NBA Draft model. The model is derived from an array of volume- and rate-based statistical inputs, consensus draft rankings and biographical/anthropometric information to determine where a prospect stands relative to his peers in the class.

Of these 146, the following have received NBA Combine Week invites:

These prospects clearly already have the NBA’s attention and will have a big stage to prove themselves in front of front office decision makers next week.

Let’s dive into five more unsung mid-major prospects who performed well in our draft model (ranked in the top 100 NCAA overall prospects, and among the 14 prospects in this 146 player population with 1.2 or more projected rookie scale win shares) and warrant a further look.

Prim is the second-ranked prospect among these 146 players, per our model. He trails only Wake Forest guard Alondes Williams – the 2022 ACC Player of the Year who participated in the Reese’s game and has earned an NBA Combine invitation.

Prim was among the most productive, efficient players at 3x3U in New Orleans, finishing as the event’s leader in rebounding (see below) and overall efficiency. His efficiency per game mark of 17.5 ended up well ahead of AJ Lawson’s second-best 15.0.

Prim was also named to the PIT All-Tournament team after averaging 16.3 points, 7.0 rebounds, 2.7 assists, 1.0 blocks with a 60.3 true shooting percentage (TS%) as a key cog in his team’s championship run. He measured quite well with a 7-foot wingspan and 8-foot-10 standing reach to boot.

Despite some early minor finishing struggles, Prim really impressed in Portsmouth. But why does our model like him so much?

Z-score is a way to normalize a set of data relative to the mean, measured in standard deviations from the mean. So 2.23, for example, is quite an impressive mark.

These aspects of his game popped the most in the model and, 3-point shooting aside, there were very few other holes or glaring negative inputs.

A four-year starter for the Bruins, Muszynski ended up becoming one of the most accomplished big men in Ohio Valley Conference history.

He was the OVC Rookie of the Year, earned All-OVC honors in each of his four seasons, led his team to three regular-season conference championships and was named MVP of the 2020 OVC tournament. Quite the list of accolades.

While he could’ve opted to return to Belmont for a fifth season or hit the portal as a graduate transfer, Muszynski elected to forgo his eligibility and pursue a professional career. So where does he stand and what is his draw as a pro prospect?

This size and length was put to good use throughout Muszynski’s NCAA career. He was a consistently a high-efficiency scorer (62.2 TS%) and stout rim-protector (7.2 block percentage).

While this is a strong baseline for a productive, efficient two-way big man, these kinds of players come around quite frequently. What makes Muszynski more intriguing than your run-of-the-mill productive NCAA big man prospect is his passing acumen (17.0 assist percentage/12.0 turnover percentage).

Here’s a look at the passing flashes he showed in Portsmouth:

Operating as a high-post facilitator in the midst of Belmont’s motion-heavy, back-cut laden offense has fine-tuned Muszynski’s feel as a distributor.

A query of his career scoring efficiency and rim-protection numbers outlined above, along with looser assist and turnover rates (12.5+ assist percentage and a less than 20.0 turnover percentage) results in the following list of prospects over the past 15 years:

None of this is to say that Muszynski has a ceiling remotely near as high as these players or warrants being picked in the mid-first round like these players were (on average). But this, along with being ranked as a top-75 NCAA prospect in our model (third among this population), is certainly an encouraging enough indicator that teams would be behooved to perform their due diligence on Muszynski as a potential undrafted-free agent sleeper.

Muszynski’s most likely path is to start his career overseas, but has the game to quickly rise the international basketball ladder and may be a player that NBA teams will want to keep tabs on.

A three-time All-Big West selection, Welp shows well in our model based on his combination of size, defensive rebounding and positive shooting indicators.

While a down shooting season from deep as a senior (22.4 3-point percentage) may cloud Welp’s initial statistical scan, there’s plenty to be encouraged by otherwise. He knocked down 38.7% of his 200+ 3-point attempts throughout his first three seasons. So despite the senior year blip, his normalized 3-point inputs to the model are fairly neutral.

Welp is also a career 82.5% shooter from the free-throw line on over 300 career attempts – a much stronger indicator of future shooting projection than a 58 shot sample from 3 this season.

So which pros does Welp compare to? Let’s take a look at who he aligns most closely with per the similarity score outputs of our model:

Were these players all undrafted? Sure. But they’ve each quickly amassed impressive résumés in their early professional careers.

McKree, a 2017 PIT selection, played in the NBA Summer League with the Houston Rockets, signed an Exhibit-10 contract and played preseason with the Miami Heat. He earned a two-way contract after a strong start to his rookie season with the Salt Lake City Stars in the G League, ultimately appearing in four NBA games.

He has been a very strong, steady player in the first divisions of Italy, France, Greece and Turkey the past four seasons and has participated in two more NBA Summer Leagues.

Nzekwesi was undrafted out of Oral Roberts in 2020, but quickly became one of the best players in the Netherlands. He’s averaged 19.9 points, 8.5 rebounds and 1.5 steals with a 64.0 TS% over his first two seasons there, earning an invite to run with the Phoenix Suns in the last NBA Summer League.

Burnell has similarly developed into an overseas stud in Italy, averaging 10.7 points, 5.7 rebounds, 1.0 steals with a 57.7 TS% through three seasons with Pallacanestro Cantù and Dinamo Sassari. He joined the Denver Nuggets for the 2021 NBA Summer League in Las Vegas.

Welp projects to follow in these players’ footsteps as an early overseas standout who remains on NBA radars and should have chances to prove himself at NBA Summer League.

The A-10 is consistently among the strongest “mid-major” conferences in America and Brajkovic was a four-year starter at one of the conference’s top programs.

While he was already an impactful interior force on both ends during his freshman and sophomore seasons, Brajkovic made significant offensive leaps as an upperclassman, particularly as an interior finisher, willing 3-point shooter (with similarly good efficiency), and facilitator.

These major improvements were key catalysts in Davidson’s team success (27-7, first in A-10) and in Brajkovic being named A-10 Player of the Year.

While he may be lacking the length, athletic pop and lateral quickness on the perimeter to warrant legitimate NBA Draft consideration as a 23-year-old senior, Brajkovic’s upward trajectory and overall statistical profile are too strong to ignore completely. In fact, his numbers this season put him on par with some pretty notable names.

Brajkovic was one of only four NCAA Division I players with a 5.0+ box plus-minus, 60.0+ 2-point percentage, 4.0+ BLK%, 15.0+ AST%, and 20.0+ defensive rebounding percentage this season, along with David Roddy (Colorado State), Hunter Dickinson (Michigan) and Zach Edey (Purdue).

To be among these two returning Big Ten behemoths and one of the sharpest rising sleepers in the 2022 NBA Draft class is nothing to scoff at. Brajkovic should warrant strong Summer League consideration this July and is likely to earn a starting big man role in a favorable rookie landing spot overseas.

Like Welp, Sow has been one of the best players in the Big West in recent years, earning all-conference honors in four consecutive seasons while averaging 13.8 points, 7.4 boards and 0.8 blocks with a 60.8 TS%.

Sow took advantage of his opportunity at the Tampa Bay Pro Combine with a 26-point, 12-rebound (five offensive, seven defensive) performance to open the event. He was named MVP of his team’s opening victory, finishing 9 of 12 from the field and 8 of 8 from the free-throw line for an 83.8 TS% while showcasing consistent hustle, effort and a knack for winning 50/50 plays.

Sow’s closest pro comparison per our model is former Patriot League Player of the Year and 2018 Bucknell alumnus Nana Foulland, who participated in the 2018 PBC, played with the Minnesota Timberwolves at 2018 NBA Summer League and has gone on to carve out a role as a rim-running, defensive-oriented forward/center across successful stints in Israel, Romania, Italy, Poland and France.

Sow’s normalized ratings power index/strength of schedule inputs to the model ding him a bit more than than the rest of these featured sleeper prospects and he’s not exactly a 3-point sniper or passing wizard, but the rest of his profile is strong. Sow graded out more than 1.0 standard deviation above the mean in several anthro inputs, field goals and free throws attempted/made/percentage, usage, offensive and defensive rebounding, etc.

While the NBA upside may be limited without massive leaps in shooting and/or playmaking, Sow’s measurables and collegiate production indicate an ability to add value in a solid overseas rookie landing spot or the NBA G League. It’s likely that the NBA-affiliated Basketball Africa League (BAL) will have significant interest given Sow’s Malian roots.