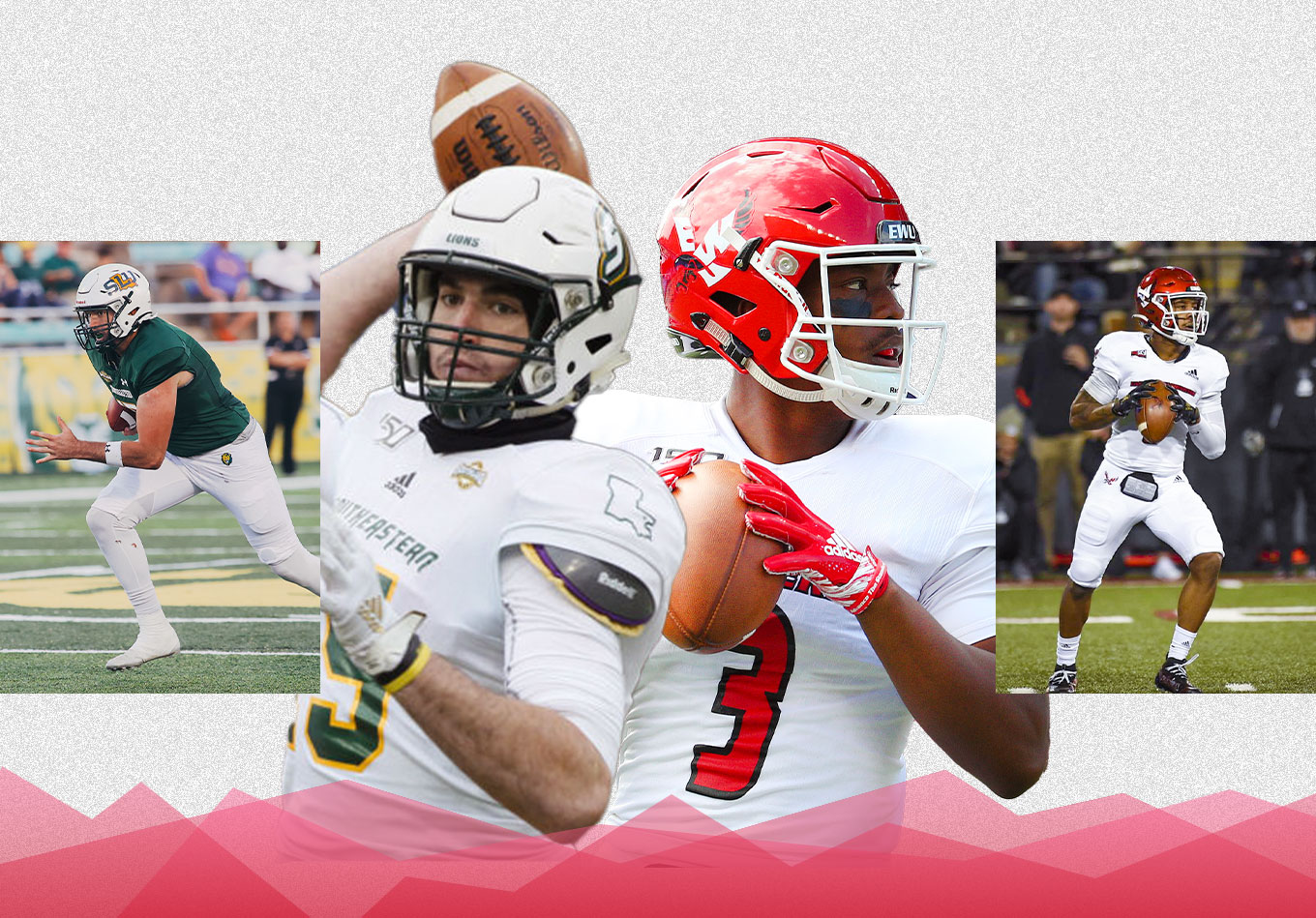 Walter Payton Award-winning quarterbacks Eric Barriere and Cole Kelley were linked together for most of last year, but over the last three months, they have had particularly different experiences leading into the NFL Draft.

Kelley, the FCS offensive player of the year at Southeastern Louisiana in the unprecedented spring season before he was the runner-up to Barriere in the fall campaign, was smack square in the middle of the draft build-up of all-star games, NFL Combine and pro days.

Barriere, the Payton recipient in the fall at Eastern Washington after being the runner-up in the spring, was in less demand by NFL scouts, going without an all-star game or Combine invite before he showcased himself at the school’s moderately attended pro day.

The size of the two QBs explains the difference in their NFL perception. Kelley is one of the bigger signal callers in the draft class, measuring nearly 6-foot-7 at the Combine, also at 249 pounds with 33 3/4-inch arms and 9 7/8-inch hands. Barriere lacks prototypical size, measuring 5-11, 206 with 31-inch arms and 9-inch hands at EWU’s pro day.

Those who know them wouldn’t be surprised to learn Kelley remains humble about his success during the draft process and Barriere is undeterred by having fewer opportunities.

Kelley transferred from Arkansas to Southeastern in 2019 and came off the bench in his first season before he became the regular starter in a 2020 FCS campaign which was mostly delayed by the pandemic to last spring. He throws a catchable ball, as evidenced by his FCS career-record for completion percentage (72.1) over the three seasons. He also set school records with 8,602 passing yards, 9,339 yards of total offense, 72 touchdown passes and 107 overall TDs (72 passing, 33 rushing, two receiving).

He passed for 462 yards and four touchdowns against eventual national champion Sam Houston in late February to open his Payton Award campaign. In the fall, he was 50 of 68 for 647 yards, rushed for another 50 yards and accounted for six TDs against Southland champ UIW.

Assessed NFLDraftBuzz.com: “Physically imposing and solidly built throughout his frame with good body strength. Strong arm with the ability to easily make all the throws. Above-average zip and velocity on his passes with strong stick throws.”

Kelley showcased his skills at two all-star games – earning a start at the Hula Bowl, then capturing the MVP award at the NFLPA Collegiate Bowl after going 12 of 17 for 150 yards and a touchdown with a game-winning two-point pass attempt. He was one of 15 QBs invited to the Combine and threw well before NFL teams.

“I am just very blessed to be going through this process,” Kelley said. “We all dreamed about it as kids and now to be going through it is surreal. I am just very thankful to all of my coaches and teammates and family and friends that helped me get to this point. I am ready to go to a team and give them my all. I miss football already and I am ready to get back to work.”

Kelley seeks to follow defensive backs Robert Alford (2013, Atlanta Falcons, second round) and Harlan Miller (2016, Arizona Cardinals, sixth round) as the most-recent Southeastern draft picks. Prior to Alford, the Lions hadn’t had one since 1984.

While 2015 Payton Award winner Cooper Kupp went from Eastern Washington to being the Los Angeles’ first of two third-round picks in 2017 and then the NFL’s best wide receiver and Super Bowl MVP this past season, the Big Sky school’s two previous QB recipients of the Heisman of the FCS, Erik Meyer (2005) and Bo Levi Mitchell (2011), were undrafted by the NFL. Meyer went on to become a star in the Arena Football League and Mitchell has been one in the CFL.

The Winnipeg Blue Bombers hold rights to Barriere’s services in the CFL, but Barriere’s focus is on an NFL opportunity. At EWU’s pro day, he leaped 38 inches in the vertical jump, better than any signal caller at the NFL Combine. He also threw at USC’s pro day.

His game film over five seasons also says a lot, including excellent arm strength and mobility. He helped the Eagles to a national runner-up finish in the 2018 season and ended his career third all-time in the FCS in total offense (15,394) and passing yards (13,809) and tied for fourth in TD passes (121). He completed 1,007 passes for a 62.0 career percentage, and was responsible for a school-record 143 total TDs (22 rushing).

Assessed ProFootballNetwork.com: “He can zip the ball from the far hash to the sideline with relative ease. Additionally, he makes deep passes with accuracy without even looking like he’s trying.”

Last fall, Barriere surpassed 500 passing yards in a game four times, including a career-high 600 with seven touchdowns against Idaho. He had an FCS playoff-record 530 passing yards against Montana, adding to his postseason-record seven TD passes in a 2018 semifinal-round win over Maine.

“The NFL is something I’ve dreamed of playing in since I was a kid, and I just want to make that dream turn into a reality,” Barriere said. “I know it’s going to be a lot of hard work along the way, but that’s the excitement about it all.

“At the end of the day, all I want is just the opportunity to showcase my talent in front of a team and to be given a chance. I think it will be really cool if I was to possibly be the first quarterback out of Eastern to go to the NFL after all the great quarterbacks that have played there.”