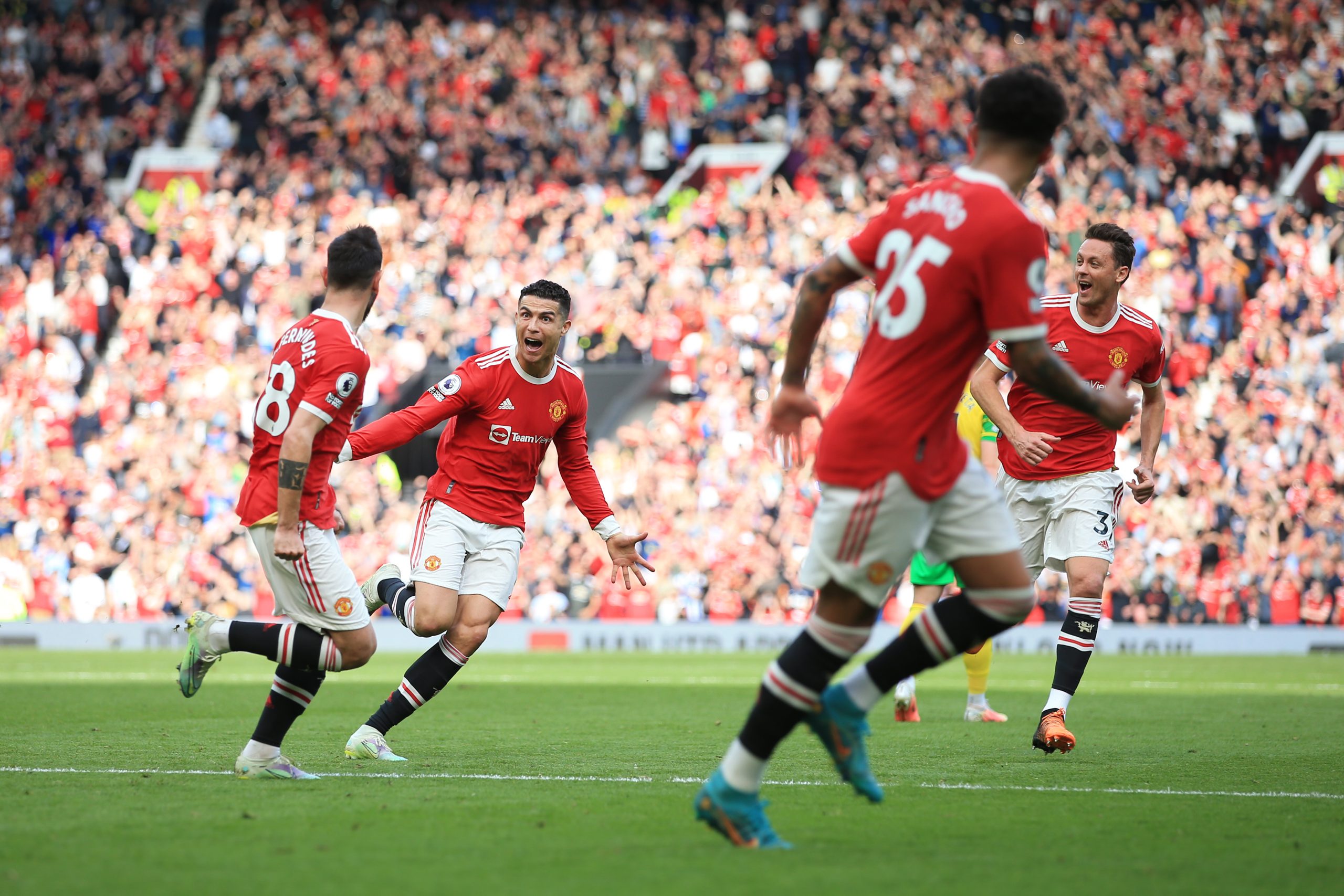 Following a weekend that saw both Arsenal and Tottenham lose crucial matches in the quest for Champions League football, what impact have the results had on our AI model’s predictions for the end of 2021-22?

Saturday saw North London rivals Spurs and Arsenal lose a Premier League match on the same day for the first time in over a year (21st February 2021 was the last occasion), with Manchester United the only side in the battle for a top-four finish to win in the league this weekend.

United’s 3-2 win over Norwich City at Old Trafford came courtesy of Cristiano Ronaldo’s 60th professional hat-trick for club and country, and it increased their chance of a top four finish from 1% to 4% in our season predictions. That may seem low to fans.

True, Manchester United have a game in hand over their competition, but that game in hand is away at Liverpool tonight, and our match predictor gives them just a 16.4% chance of winning at Anfield. They also still have to play Arsenal away next weekend, before a home game against Chelsea on 28th April – a tough trio of fixtures which are reflected by their low chance of a top four finish.

This weekend’s results have all but sealed Chelsea’s top-four finish according to our projections, while Spurs still hold the advantage over their other rivals at 59.1% – although this has dropped by nearly three percentage points since last week.

West Ham could have taken advantage of losses by the two North London clubs, but they were unable to defeat Burnley on Sunday. In running 10,000 simulations, our predictor saw West Ham finish fourth on 20 occasions. There’s still a chance, Hammers’ fans.

At the bottom, Burnley’s point at the London Stadium helped them decrease the gap to Everton to three points, although the Toffees have a game in hand. That match comes at home to Leicester City on Wednesday evening, with Everton having a great chance to increase their chance of survival with a win.

That chance is currently at 31.6% – an improvement of three percentage points following this weekend, despite them not playing.

Much of that comes from Watford’s continuing quest to get themselves relegated after losing another home game and becoming just the second team in English top-flight history to lose 10 home matches in succession within a single season. Watford were drawing 1-1 and missed two guilt-edged chances with minutes remaining, before conceding their second injury-time goal to lose a match against Brentford in the Premier League this season.

Watford are now given a 1.7% chance of surviving, with Norwich City the only team with a lower chance (1.3%). Both teams should start planning for the Championship in 2022-23.