The Relegation Battle: Who Could Be the Saviours? | The Analyst 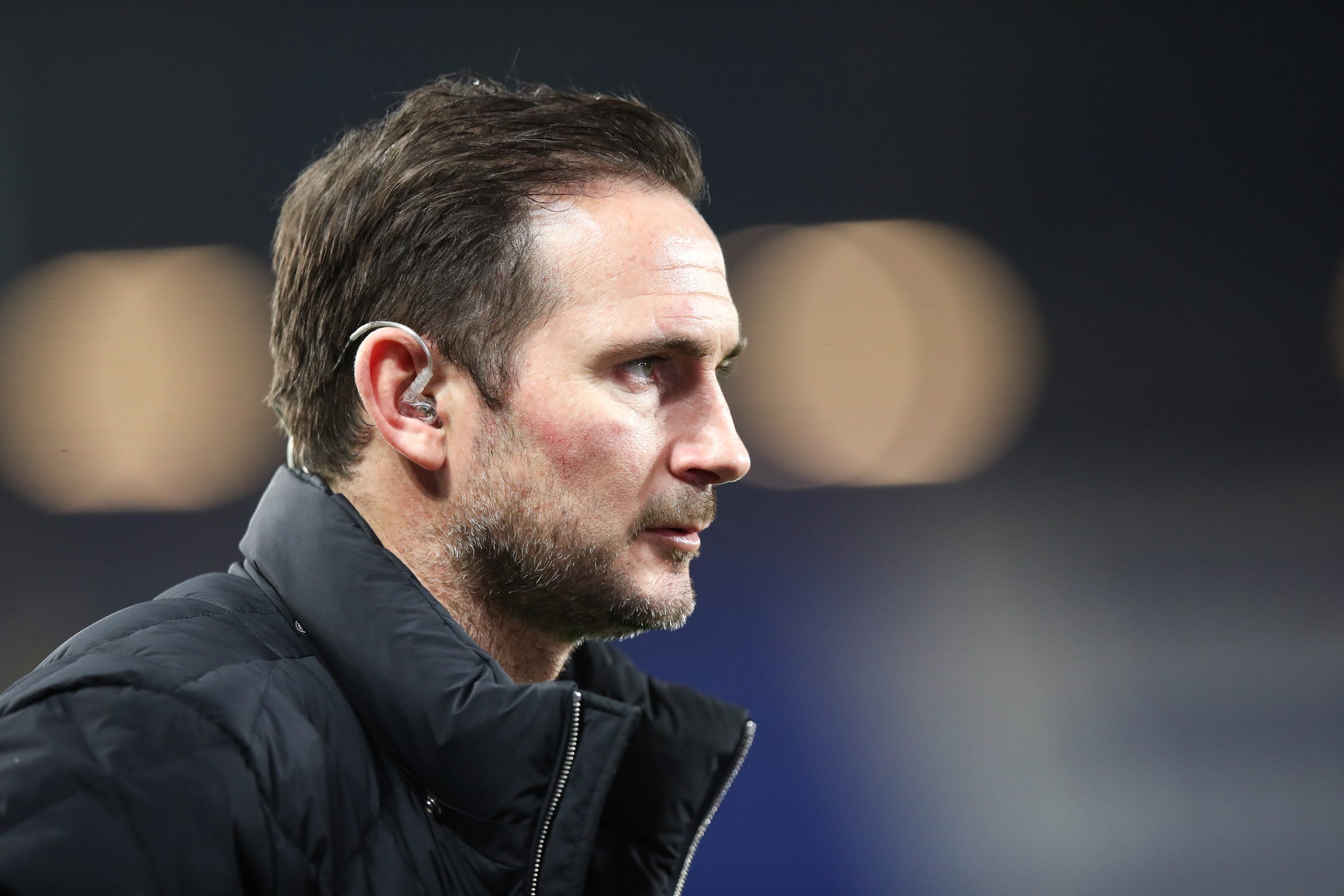 The Relegation Battle: Who Could Be the Saviours?

There are fewer more distressing sights than that of an English top-flight team in a relegation scrap. As the Premier League run-in commences, it’s time for heroes as far as those battling to avoid the drop are concerned. We’ve picked out one potential saviour for each of the sides currently placed 15th to 19th (sorry, Norwich).

As Christian Eriksen returned to the pitch 259 days after suffering a cardiac arrest at Euro 2020, all that truly mattered was that he was healthy. Within minutes, though, the Dane was dazzling and showing signs that he had come back at the peak of his powers, threading a beautiful volleyed pass to Ivan Toney from the halfway line. Already, the most high-profile signing in Brentford’s history had Bees fans on the edge of their seats.

In their first season in the Premier League, Brentford have attacked the world’s toughest division head on – and while they already looked like they’d have enough to stay up, the signing of Eriksen has added a helpful calmness to their ‘heavy metal’ football. As a result, Thomas Frank’s team might now cruise over the line instead of crash over it.

Eriksen brings poise, precision, and playmaking ability levels above anything Brentford have previously had at their disposal. This, after all, is a player who ranks second for Premier League assists (63) and chances created (574) since his debut in September 2013 – despite not playing in the competition between January 2020 and February just gone. He registered his first assist for his new club in the 2-0 win over Burnley before the international break, and it’s not inconceivable that he finishes the campaign as the Bees’ leading provider (Bryan Mbuemo currently tops that ranking with four assists).

Brentford are reportedly confident of extending Eriksen’s contract beyond this summer, but how realistic is that? Having only just turned 30 and clearly still an elite operator, he’s hardly going to be short of potential suitors – including Champions League teams – if available on a free transfer.

But even if his stay in West London does end up being a very short one, Eriksen will have transformed this Brentford side more than he has arguably any other team in his career. And if he sets up a couple more goals, he will leapfrog Gareth Barry into the Premier League’s all-time top 10 for assists among midfielders.

Leeds’ rough bout of second season syndrome has further fuelled the fallacy of ‘Bielsa burnout’ – a delusion which can be debunked by a single figure: 9.5. That’s how many passes per defensive action (PPDA) Leeds have allowed this term, making them the Premier League’s most intensely pressing team for the second campaign running.

In 2020-21, Leeds returned to the top flight in style by winning 18 games en route to a ninth-placed finish. Ten months later, they find themselves languishing in 16th – but that isn’t for a want of trying. Rather, above all else, Leeds are feeling the effects of an injury-ravaged campaign – and they’ve missed one player more than any other: midfield lynchpin Kalvin Phillips.

Phillips has been restricted to only 12 appearances this season. He returned to the squad after three months out with a hamstring problem for last month’s thrilling 3-2 win at Wolves – where it was probably just as well he didn’t make it off the bench as someone was really dishing it out to their set of Leeds voodoo dolls (the Whites had to make four injury-induced substitutions).

But Jesse Marsch will be itching to name Phillips in his starting 11 as soon as possible. It’s no great coincidence that on 10 of the 11 occasions when Leeds have conceded three or more goals in 2021-22, their hometown hero has been missing; he serves as a supremely effective one-man defensive shield, especially when the full-backs bomb on. Since the start of last season, Leeds have let in twice as many goals per game (2.6) without Phillips as they have with him. Having generally played as the single pivot in Bielsa’s 4-1-4-1 system, the ‘Yorkshire Pirlo’ will see his function change slightly under Marsch, who tends to set up in a 4-2-3-1 shape. That could see something of a reprisal of his more attacking England role – in which he dismantled Croatia in the Three Lions’ Euro 2020 opener.

With Everton’s defence leaking like a sieve colander right now, the best place for the ball is up the other end of the pitch. And in Dominic Calvert-Lewin, Frank Lampard’s side have got a target man who can make it stick there.

The usefulness of Calvert-Lewin’s hold-up play should not be understated, but the Toffees also need something else from their No. 9: goals – of which they have managed only five (including one own goal) in Lampard’s seven Premier League games in charge. Unfortunately, Calvert-Lewin has not scored since his (first) return from injury on 2nd January.

A touch of rustiness would be expected in any player who’d just spent five months on the sidelines, but Calvert-Lewin has mustered only three shots on target in 515 minutes post-comeback. His averaged non-penalty expected goals per 90 in this period is just 0.25 – over last season it was double that (0.51). Is it just rustiness?

Probably not. Calvert-Lewin finds himself in an Everton team badly lacking in creativity. Overall under Lampard, they have averaged 0.81 non-penalty expected goals per game – compared to 1.20 NPxG/game over the course of Rafael Benítez’s 19 league matches at the helm.

What’s the key to getting Calvert-Lewin – who scored 16 Premier League goals last term – firing again, then? Well, Lampard admitted after last month’s 5-0 humiliation at Tottenham that Everton were not crossing enough for him. One of the best headers of the ball in the division, Calvert-Lewin thrives on balls whipped into the box – as he showed by opening his 2021-22 account with a diving header from a Richarlison cross in the 3-1 opening-weekend win over Southampton.

Benítez placed a lot of emphasis on crossing, and the Toffees averaged 13.5 open-play crosses per game during the Spaniard’s tenure – a figure which has dropped to 8.7 since Lampard took the reins. Losing Andros Townsend for the rest of the season won’t help matters, but if Calvert-Lewin is to deliver, Everton’s wide men are going to have to do so in a more literal sense.

Watford’s player turnover can be as hard to keep up with as their changes of manager (with which they’ve stayed firmly on brand this season by making two). The Hornets do unearth a few gems, though, and in Emmanuel Dennis, they have one of the most clinical forwards in the relegation scrap.

Signed from Club Brugge for a reported £3.4 million, Dennis has been one of the biggest bargains of last summer’s transfer window. The Nigeria international is Watford’s top scorer with nine Premier League goals – although six of those came in an eight-game period from late October to late December and he has struck only once in his last 11 appearances.

Nonetheless, Dennis has proved to be a menace with his finishing, notching those nine goals – none of which have been penalties – from 6.9 xG and converting 17% of his shots. For context, that’s a better conversion rate than Cristiano Ronaldo and Harry Kane, each of whom has scored two of their 12 goals this term from the spot.

Then again, he has been a touch wasteful of late, missing four out of five big chances in his last six outings. Roy Hodgson has spoken of wanting to ease Watford’s reliance on Dennis for goals – and perhaps that’s just what the 24-year-old needs to rediscover his winter form at just the right time for the Hornets.

Wout Weghorst “will always be a player who you think can save you”. Those were the words of Joop Gall – Weghorst’s boss at FC Emmen, his first senior club – when interviewed recently about the Giant Dutchman’s start to life at Burnley.

And with their longest top-flight stint since the 1960s in real danger of coming to an end after six seasons, the Clarets could do with Weghorst riding to their rescue. The giant Dutchman has started strongly enough (in more than one sense) – but now is the time for him to fully hit his (massive) stride and pull up trees as Chris Wood’s successor.

Sean Dyche’s side may only have 11 games left (mind you, that’s more than any of their relegation rivals apart from Everton, who have also played 27), but Weghorst has historically banged in the goals in short bursts. During his three-and-a-half seasons at Wolfsburg, he had nine separate streaks of scoring in three or more consecutive appearances in all competitions within a single campaign. In a similar vein, 19 of his 59 Bundesliga goals came via five braces and three hat-tricks.

Dyche hasn’t lost any of his knack for parking the bus; Burnley have conceded the joint eighth-fewest goals (38) in the Premier League this season. The Clarets’ survival mission will become that bit easier if the goals start coming along like buses for Weghorst, though.